Impulse Snacking | What I Ate

Before I get into this #TastyTuesday post, I need to tell you something. It's not even 7:30am and I'm already up and blogging, coffee in hand! Ha ha! But seriously, I'm amazing today. I got up before 6am and took a shower and even washed my hair. I picked out my clothes last night so really, for about the last ten hours I have been so on top of my life. I think it was all of the sunshine that we got yesterday. It was so nice that Harold and I went out to play twice and then we went out a third time for a family walk before dinner. Anyway, back to the food. 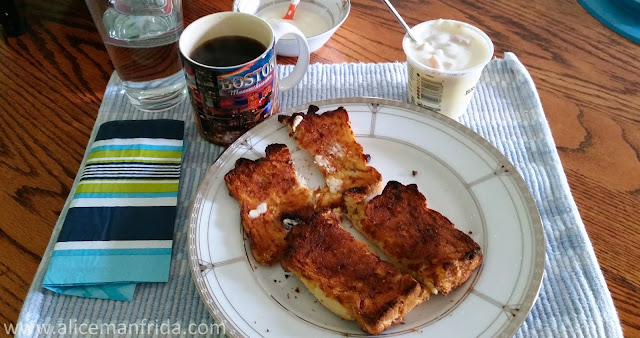 Breakfast:
I had bacon and cheese toast with butter as well as a yogurt. I gave Hal peaches for breakfast and, instead of saving the rest for the next day, I just dumped what he didn't eat into my yogurt. Of course I had a black coffee and some water. 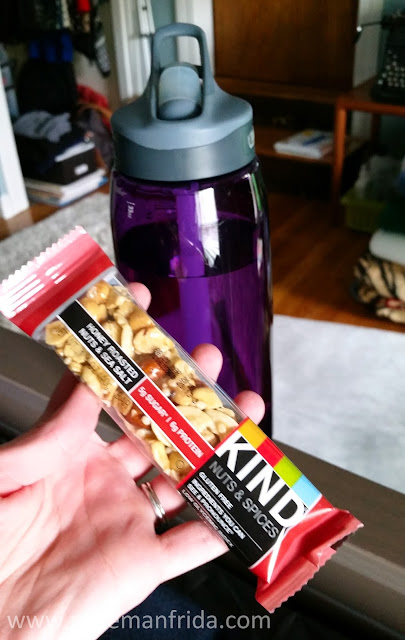 Morning Snack:
I had a Honey Roasted Nuts & Sea Salt Kind Bar* for a late morning snack along side my bottle of water. 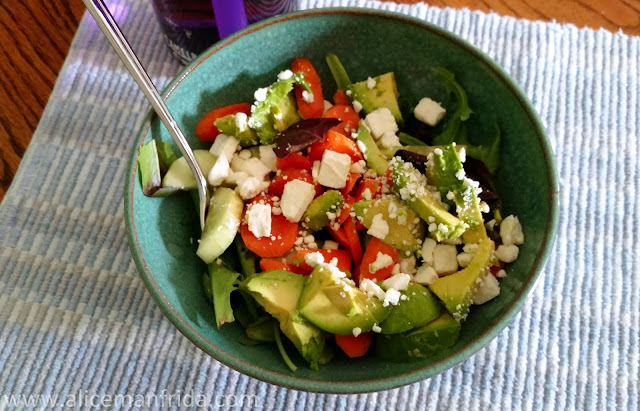 Lunch:
I'm not much for salads when the weather is cold and gross so it's a nice change when the weather turns warm. My lunch was spring mix lettuce, a carrot, half a cucumber, half an avocado and some feta cheese. For dressing I just use olive oil and balsamic vinegar. 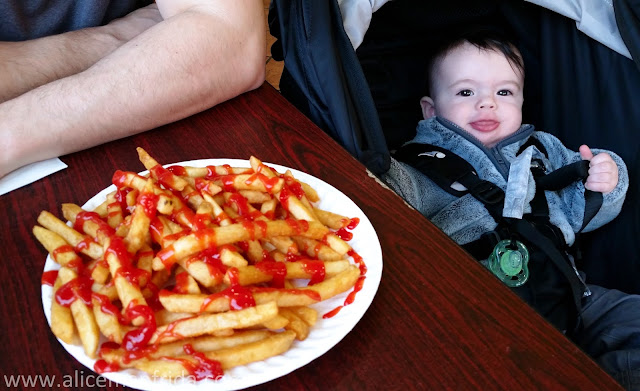 Impulse Snack:
We went out for a family walk before dinner because I needed to get over to the library before it closed and while we were out walking I realized that I was SO HUNGRY! My salad was yummy but wasn't enough to last me the five hours until dinner. I had meant to have an apple and peanut butter as an afternoon snack but because we played outside so much and I was trying to edit while Hal napped, the day just got away from me. Anyway, we walked by a pizza place so I convinced Steve that we needed to split a large order of french fries. I stand by that. They were delicious! :) 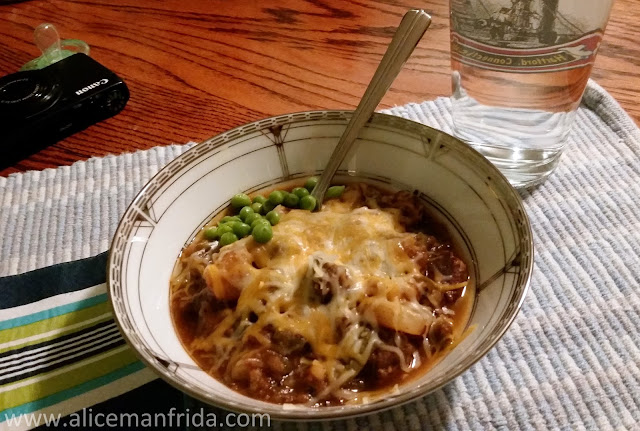 Dinner:
Dinner was leftover Southwest Steak and Potato soup. We made this on Saturday in the crock pot while we were tearing apart our house in order to make Harold his very own bedroom! (Video and pictures coming later this week!) I put cheese on top and then the reason there is a random little pile of peas is because when I went to put peas and carrots in a pan to cook for Hal a ton poured out so I gave him an amount that made sense and I ate the rest. Whatever. Peas are my favorite so I was happy. 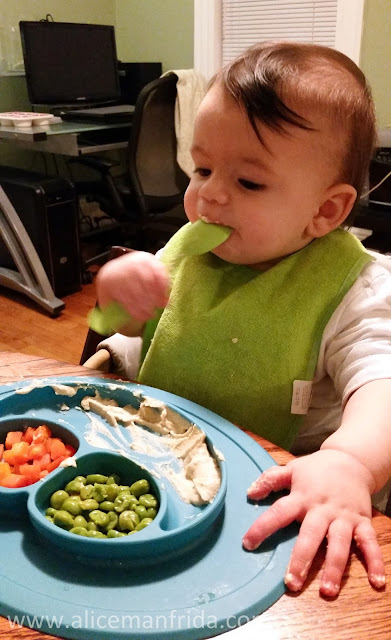 We just started Harold on three consistent meals at the table and I think it's going really well. Obviously he is still exploring and experimenting but he seems to be doing a lot more actual eating now as well, so adding lunchtime to mix seems to be going over well so far. I really think he's moving past the stage of mealtime as playtime and into the stage of mealtime as eating time. By the way, that is hummus on his plate and he scooped huge spoonfuls into his mouth faster than I've ever seen him do anything in his life! :)

I included all of Hal's meals along with mine in the video so don't forget to watch!