How to Share Baby News in the Age of Instant Communication: A First Time Mom's Dilemma 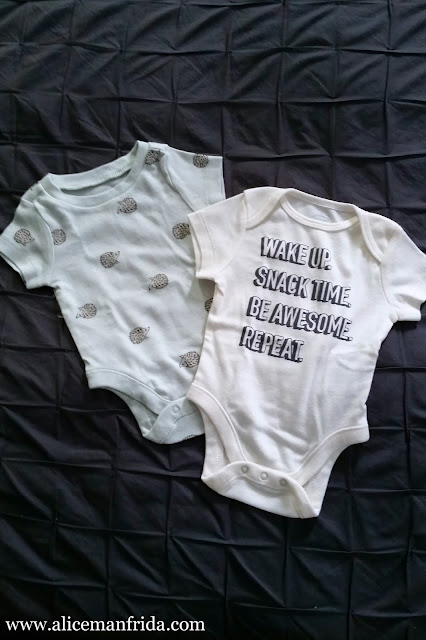 This pregnancy is drawing to a close.  I'm 33 weeks so, at this point, even if the baby came two weeks after my "due date" we're still looking at a single digit count down of how many weeks there are left.  I have loved being pregnant and so far it's gone by really fast.  Emotionally, it's overwhelming to think about the idea of a new person suddenly existing.  It's also strange to think about no longer being pregnant, because honestly, as short as pregnancy is, I've still been sharing my body with someone else who has increasingly been showing awareness of the outside world and once he or she is born, my body will immediately be just my own again.  That's both completely welcome because I miss the full control of myself (duh) and it makes me a little sad because with that first separation of independence it's a physical reminder that my child will become his or her own person.

We're apartment hunting right now along with the major purge that needs to come before a move and getting things ready for that fast approaching arrival of this dependent little roommate that can't live in the bathtub.  I've also been learning as much as I can about cats so that I can help poor old Stella to not be too traumatized by getting a human sibling.

Adding to this is something I've been trying to put out of my mind for months but is suddenly pushing it's way to the front because of its rapid approach.  That something is sharing the news with family and friends when the baby is born.  Here's where I'm stuck.  I'm having a baby.  My first baby.  A baby that is going to come out of my body that I grew myself for months.  This is literally the biggest, hardest thing that I've ever done in my 33 years of life.  It is also something that I have been thinking about and wanting to do, with eyes wide open, for over a decade.  (I'm not saying I wanted to have a baby in high school, but I knew that it was the most important life goal I would have.  For me.)  Not having done it yet, I'm assuming that telling people I birthed a human will be an exciting thing to tell.

But how do you do that in 2016?  Every list you can find online, in pregnancy books and even in pamphlets from the hospital tell you to get a list of names and numbers of the important people that your partner should call to share the news with once the baby is born.  Of course you can have it programmed in a cell phone or written on a piece of paper but seriously, I feel like that tip hasn't been updated since the telephone was invented.  I personally feel that Steve and I should be afforded the RIGHT to telling our own news but I know that every email can easily be forwarded and anyone with a Facebook account can put whatever they want on there.  Group texts and reply all are the things I hate most in this life.  I feel pressure to tell literally everyone I've ever met immediately and simultaneously,  and whether that is a real expectation or just a paranoid perception, that is really what it feels like to me.

Of course I plan to call my immediate family pretty immediately.  I will also probably email my close extended family right after that.  I'm assuming I will not want to be on the phone all day while recovering from childbirth and oh yeah, wanting to stare at and get to know the person who has been living in my body this whole time.  But I'm frustrated because snail mail birth announcements are an afterthought.  I don't use Facebook often because I don't like it.  It's not my fault if most of the people I know in real life don't use other social media sites.  I absolutely plan to get a picture and an announcement up there once I get home from the hospital so that my far flung extended family can see the new family member.  But it has to wait until I get home to my desktop.

While I think this is reasonable, I'm having a hard time believing that it will go the way I've laid it out here.  I actually didn't put professional wedding pictures up because I was so irritated that when I came home the next day from that major life event, my feed was full of wedding pictures for all to see.  Honestly, I felt cheated and it put a damper on my excitement.  I am afraid that the same thing will happen with the baby and that's really too bad.  The "easy" solution is to follow the crowd and put a picture up while I'm still in the recovery room and let everyone find out together.  But I should get to live my own life the way I choose and call me crazy, but I think our parents and siblings and then grandparents deserve to hear it before anyone else.  There actually is a family hierarchy in the case of a new baby.

This is probably both one of my longest and one of my most complain-iest posts but it's something I think about a lot.  Right now I'm thinking about it in terms of having a baby, but it's something I grapple with consistently.  I don't want to have to be constantly and immediately available to everyone.  I want to have as much privacy as I feel like having.  I want to be in control of my own message.  Of course the only person anyone can control is themselves, but I wish that it didn't take so much scheming and maneuvering just be able to keep others from putting stuff out on the public and permanent internet about you. (For the record, we should all remember that screen shots are real.)

This was mostly just food for thought.  I try to be respectful of the online needs of others based on what they actually want and need and not on what I think they should want and need.  Nobody is perfect, but I think it's important to keep striving to better.  I hope you all practice the same thing.

P.S. If anyone asks if they'll be on the email list, I will remove you from the email list.  Just trust that I will not keep it a secret.  That would be ridiculous.
Posted by Alice Manfrida at 12:30 PM