Lunch In The Park | Tasty Tuesday

It's Tuesday!  In my pregnant-centric world that means that it's the end of week 26!  Say good-bye to the second trimester!!! :)

But really, I know you came here for the food... 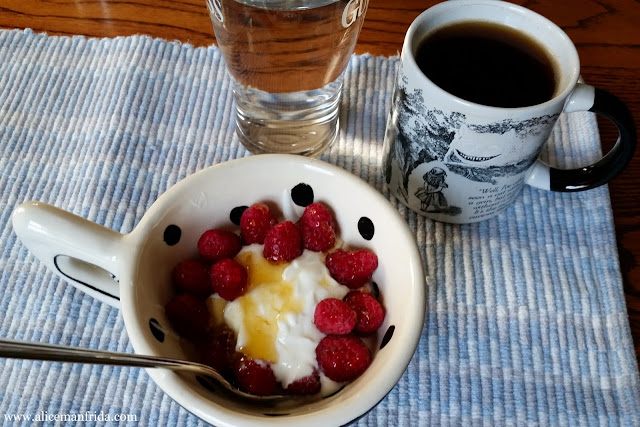 I tried a new yogurt and I really liked it.  It is the plain whole milk Stonyfield Greek Yogurt.  I put raspberries and a little honey on top.  I also had a decaf black coffee and water.  I thought we were going to go out for breakfast but then we waited and made it lunch so in the meantime I had a little blood orange. 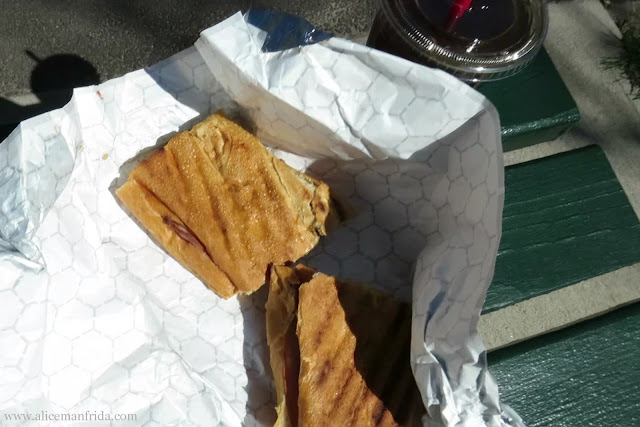 These pictures are from Sunday when it was so sunny and warm out.  I bought a sandwich to eat in the park.  I think it had turkey and ham as well as cheese.  The best part was that on one side it had this sweet apple spread and the other side had a pickled pepper spread.  It was warm and melty because they put it in the panini press.  I wanted an iced coffee but they were out of decaf so I got a decaf iced Americano instead, which was really good! 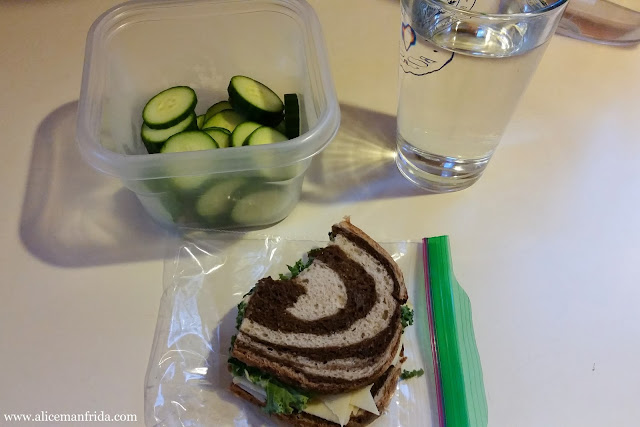 I was way too hungry to make dinner without eating something first.  This was a half eaten hummus, cheese and kale sandwich from lunch the day before.  Ha ha!  I also had cucumbers. 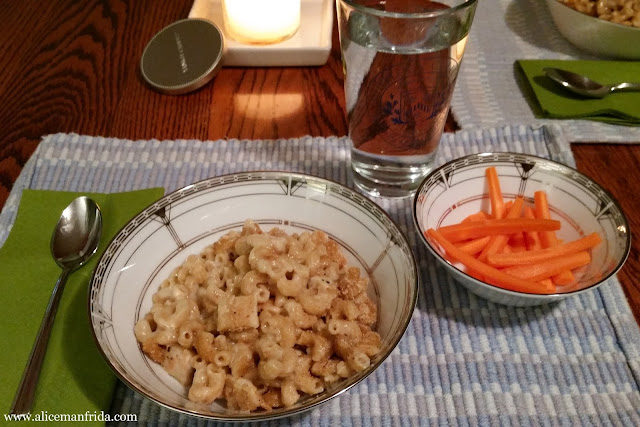 Comfort food!  I made homemade macaroni and cheese with whole wheat pasta then I baked it with chicken and bread crumbs.  I had planned to put carrots in it but realized that I completely forgot about that as I was about to take it out of the over.  So I just cut them up into sticks and we ate them raw. 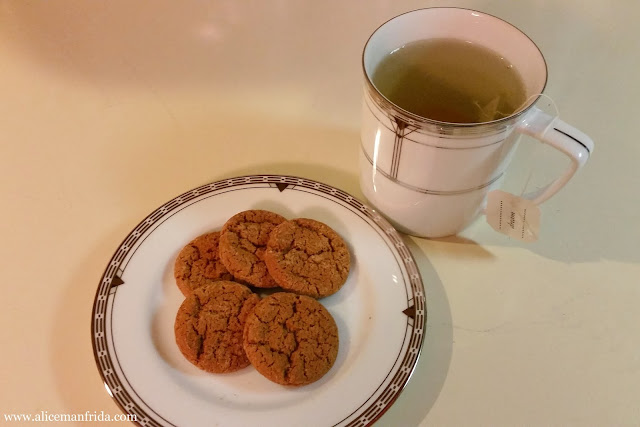 I've been drinking raspberry leaf tea once in a while throughout my second trimester.  I actually drank it before pregnancy to help with cramps every month but I stopped drinking it for the first trimester because it didn't sit well in my stomach then.  But I like it so it's been nice to have it again.  My dessert tonight was a little plate of gingersnap cookies.