Wow! 26 weeks!  My second trimester is coming to a close.  I didn't really think I'd get to this point until now when I'm actually at this point.  I've included a few appendix scar update pictures at the end of this post in case anyone is interested.  Just a reminder I had my appendix removed when I was 8...so that was just about 25 years ago!  I have had some pain as the skin around it has been stretching through the second trimester but it is the same pain that I felt as a growing child and just a little worse than I get normally if I have gas that moves underneath it.  It's also more itchy than the rest of my belly but not too bad.  So far it hasn't been a huge deal, but it's definitely a noticeable thing.  I was really paranoid about it before getting pregnant and there aren't a lot of people with abdominal scars from childhood sharing pictures or experiences from their pregnancies so that's why I keep talking about it. :) 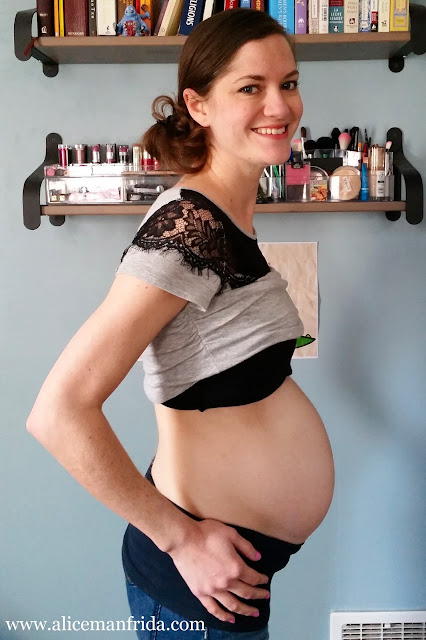 And now for my 26 week update:

How far along? 26 weeks 4 days
Total weight gain/measurements: 37 inches
Maternity clothes: Nothing new this week.
Stretch marks: There don't seem to be any yet.
Sleep: Fine.
Best moment this week: Going out for a walk without a jacket!!! Yay Spring!
Miss anything? Nope.
Movement: There has been lots of gymnastics going on in there. My belly moves around a LOT.
Food Cravings: Not really.
Anything making you queasy or sick? When I eat too much at once I feel a little sick. I've had to start making all of my meals a little smaller than they've been because I'm running out of room in there! 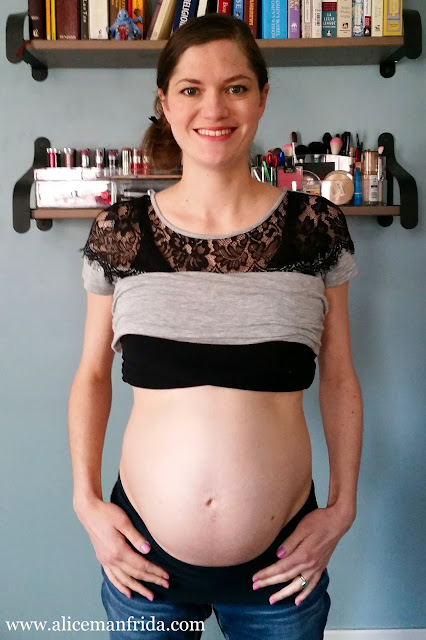 Gender: Not sure but I did have a dream that I gave birth and people were referring to the baby as a “she” but nobody ever specifically said girl so I was confused and wasn't sure. LOL!
Labor signs: None.
Symptoms: Really itchy boobs. Also, I've noticed they are starting to leak more. It's probably the sexiest part of pregnancy so far.
Belly button in or out? In, barely.
Wedding rings on or off? On
Happy or moody most of the time: Mostly happy.
Looking forward to: My next midwife appointment (also not, because I have to do the glucose test again.) 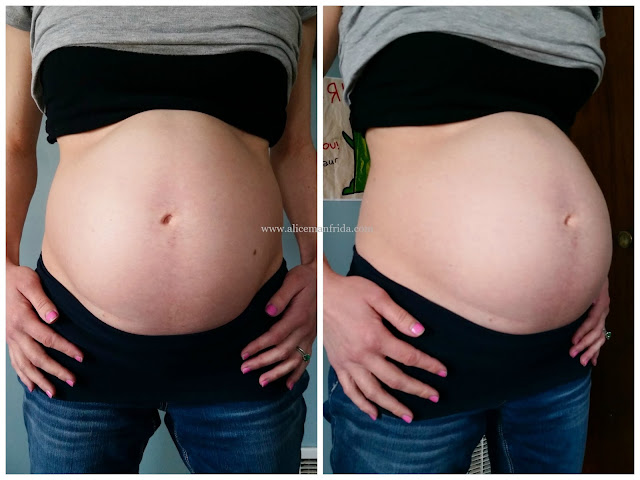 My scar doesn't indent as much as it used to but it still isn't totally flat.  It's kind of fun to watch it all evolve. :)
Posted by Alice Manfrida at 10:41 AM