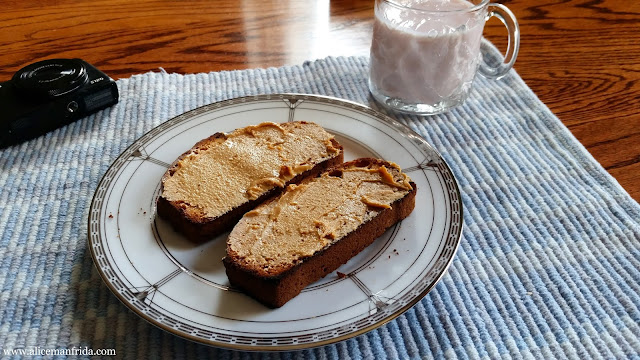 I finally made banana bread yesterday!  I kept putting it off and ended up having so many overripe bananas that I was able to make two loaves.  I stuck one in the freezer for later.  I toasted a couple of slices of it this morning and slapped some peanut butter on there.  I also had some raspberry flavored kefir. 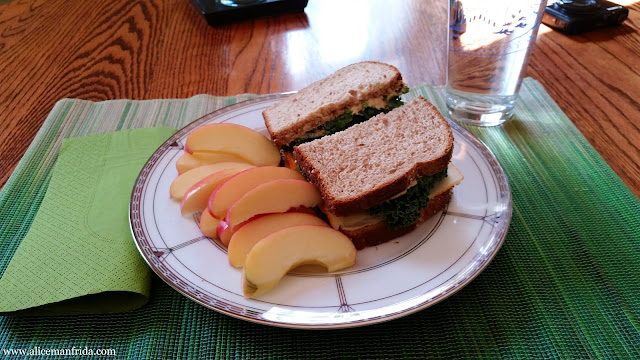 For lunch I had a hummus and cheese sandwich with a giant amount of kale stuffed inside.  I also had an apple and some water. 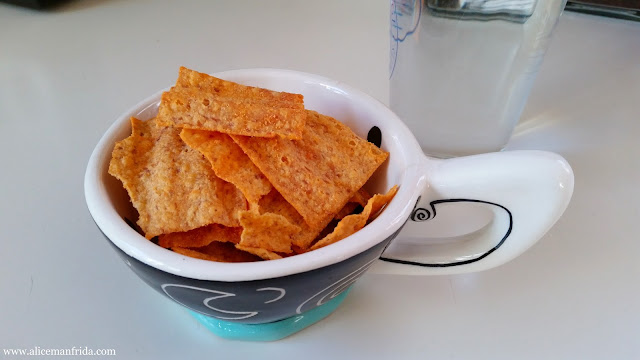 Like I said in my 23 Week Pregnancy Update, I've been craving salty things lately.  So for my afternoon snack I had some Sun Chips in the Harvest Cheddar flavor.  I was actually pretty hungry but I didn't want to eat too much because we were planning to eat dinner a little earlier than the usual 9:30/10pm! 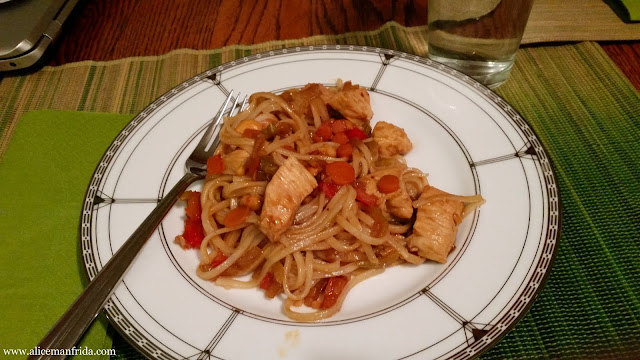 We had the same dinner that we had for Tasty Tuesday last week!  That wasn't on purpose, it's just that we still had celery to use up and we had a lot of cashews leftover.  This also has carrots, red pepper, garlic and onions along with chicken and rice noodles.  The sauce was Kung Pao sauce, soy sauce and rice wine vinegar.  It's really yummy! 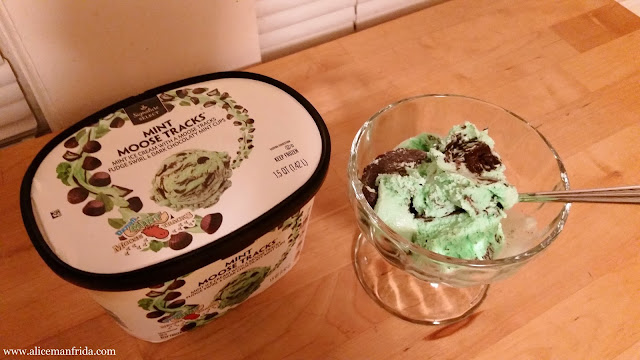 Thanks for reading!
:) Alice
Posted by Alice Manfrida at 11:43 PM