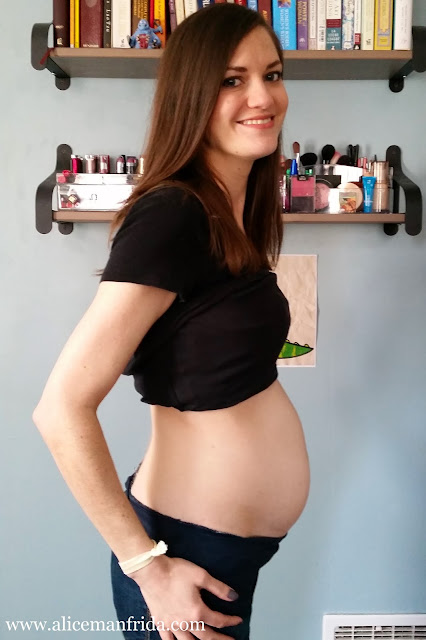 How far along? 21 weeks
Total weight gain/measurements: Last week I said 35” because it was just a hair under that. I would say that it is still 35” but it seems to be a smidge over this week.
Maternity clothes: A mix of maternity and non-maternity still. Check back throughout the week for a few outfit posts that I've got coming up! :)
Stretch marks: Still none.
Sleep: I think I've only gotten one good night's sleep in the last week. I've been having a really hard time shutting off my brain in the middle of the night. I keep thinking about all of the annoying things that everyone does all the time and then I get more annoyed because all of those people are most likely sleeping peacefully in their cozy beds and I'm losing my mind at 3:30am! I realized today that it's extra annoying because once I have the actual baby in front of me I'll probably be up a lot in the middle of the night but at least there will be something to do then! Ha ha! 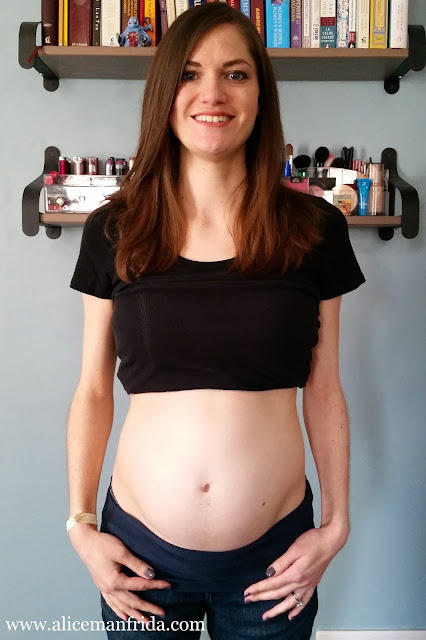 Best moment this week: Steve felt the baby move!
Miss anything? 8 hours of uninterrupted sleep.
Movement: I'm still feeling a mix of big and little movements but I'm now feeling them at some point every day.
Food Cravings: Nothing specific.
Anything making you queasy or sick? Not at the moment – it's awesome!
Gender: Don't know.
Labor signs: None.
Symptoms: I guess pregnancy is causing the insomnia?? It's because I wake up for the bathroom and then I can't get back to sleep. So I'd call that a symptom.  ALSO, I have really been noticing that my hair is super thick (to the point of being a little stressful) and my nails are finally all nice and hard and the same length.  I had a few really damaged nails that I've been waiting for pregnancy to help and they've finally grown out enough to be pretty again!
Belly button in or out? In.
Wedding rings on or off? On.
Happy or moody most of the time: Grouchy and sleep deprived.
Looking forward to: It's almost officially Spring!!! :)