I did so much walking this weekend!  Steve had a day off on Friday so we decided to go for a walk around the reservoir where we explored the little trails in the "woods" around it as well.  I say "woods" in quotes because it's a reservoir in a city so it's really just a tree buffer between the street and the water.  But it was so windy that day that with all of the leaves rustling we could barely hear any traffic!  We meant to just do a loop around and then go back home but instead we wandered around the city for a few hours.  We took a break to get lunch at Panera and we also did a little shopping at T J Maxx.  After checking on a map we realized we had walked almost 7 miles!  Don't worry though.  We made up for it with a couch day on Saturday.  Ha ha! 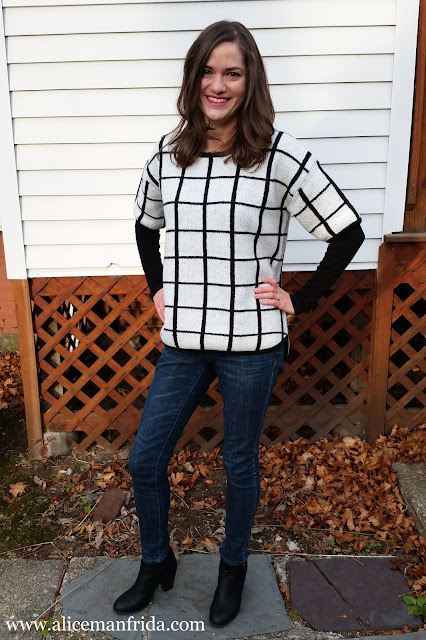 Today (Sunday) has been a filming day for me.  Actually, I filmed two videos yesterday and two today.  I like to take advantage of sunny days when I can!  I broke out this sweater that I bought earlier in the season at Primark.  It is kind of like a baggy t-shirt made out of a blanket.  It's really warm.  I made Steve go outside with me to take pictures but it's so windy that my hair kept blowing in my face and we were laughing so hard.  We only got one good one but here are a few goofy ones anyway.  :) 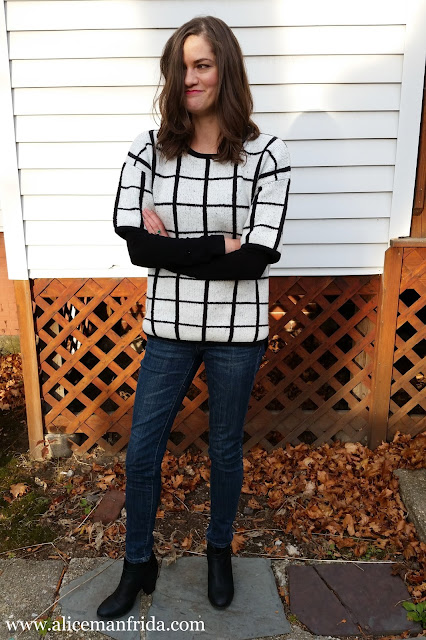 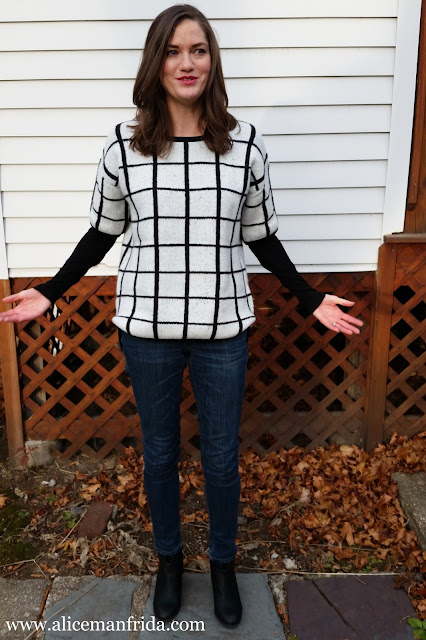 This afternoon we went out for coffee and then went for another walk.  We kept it short this time and only walked about a mile and a half since I was wearing these boots, which are comfortable but still a little high.  When we first went outside I was so cold so I had a coat, scarf and gloves but then by the time we got back I was sweating!  The weather is so back and forth this time of year so it's hard to know what to wear.  In case you're wondering about the rest of my outfit, the long sleeved black top underneath the sweater is from Banana Republic a long time ago, the jeans are from Target this year and the ankle boots are from Call It Spring last year.

One of the videos I filmed this weekend was a Birchbox Unboxing.  If you're interested in seeing what I got this month the video is up on my channel now.

I hope you all had a good weekend!
Thanks for reading!
:) Alice
Posted by Alice Manfrida at 4:51 PM