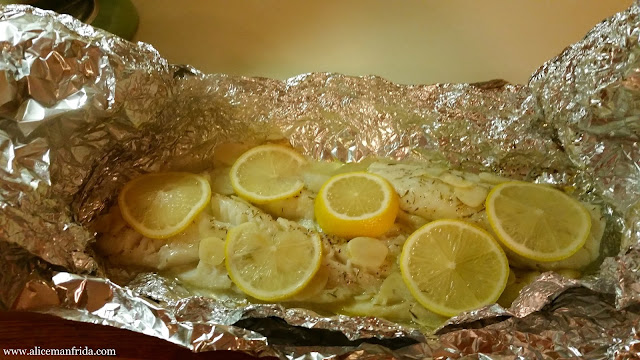 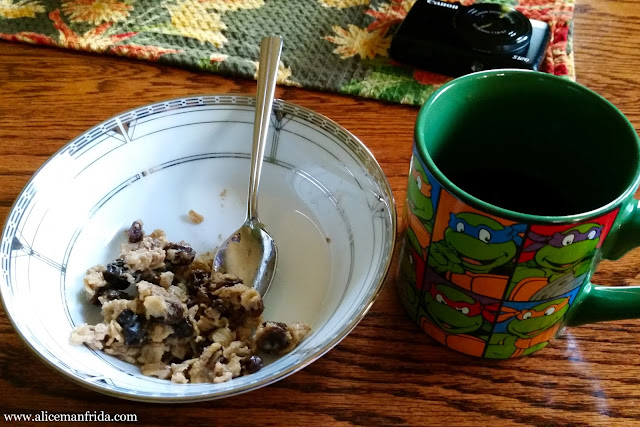 I was half way through my breakfast of oatmeal and coffee when I got off the phone with my mother and remembered that I was planning to do Tasty Tuesday pictures.  But if you've been reading these food diary posts for a while then you've seen what my oatmeal looks like!  I made it pretty simple this time with just oats, flax, raisins, cinnamon and almond milk. For lunch I had a giant bowl of pad thai.  This was leftover from the night before but I bulked it up a little with some scallions and mushrooms.  I also had a glass of water, which was horrible because it was so cold in my house that it was like torture to drink something that wasn't hot.  Ha ha! 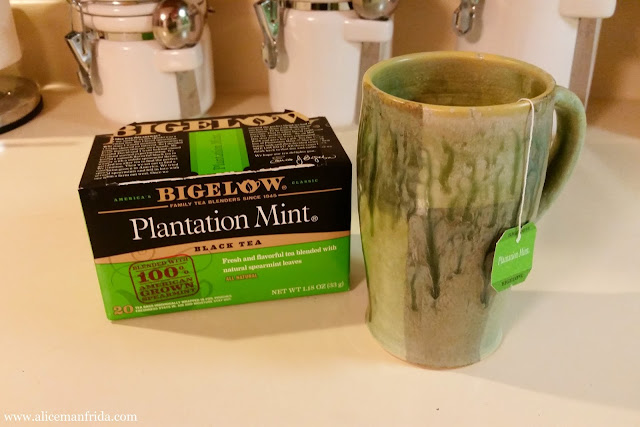 Speaking of the fact that it was very, very cold here yesterday...  I drank so much tea!  I was drinking this peppermint tea.  I usually get about 3 cups out of one tea bag before it doesn't really give off enough flavor to make it worth it.  I also turned the heat on. 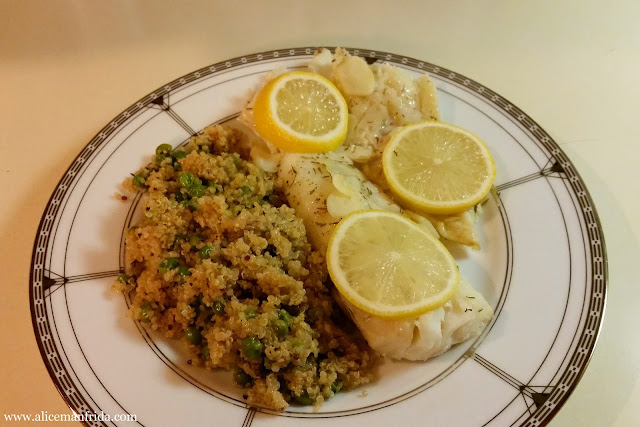 This was the big experiment of the day.  I wanted to try baking fish in foil because everyone says that it's so easy!  Well, first of all upon taking the fish out of the refrigerator I discovered that it wasn't completely defrosted.  I decided to do it anyway and wrapped it all up in the foil with a little olive oil, garlic and lemon slices and threw in some salt, pepper and thyme for good measure.  I took it out of the oven and very carefully opened the foil and there was no steam, the fish was not cooked, it was about room temperature so I wrapped it back up.  BUT THE FOIL WAS BREACHED! So then it needed a double layer of foil.  Meanwhile, the quinoa and peas were getting cold.  I ate that first.  Then when the fish was finally done I ate that.  This picture is of Steve's plate with the warm fish and the cold quinoa and peas because he didn't mind eating cold food. 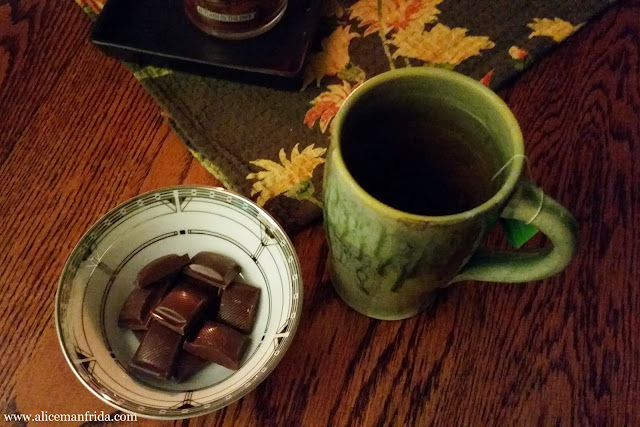 We split a chocolate bar so we each had 5 squares of it.  I also had more tea but I actually only drank about half and held it in my hands to warm them up until it wasn't warm anymore.  I did drink about 3 big glasses of plain water throughout the day, too.