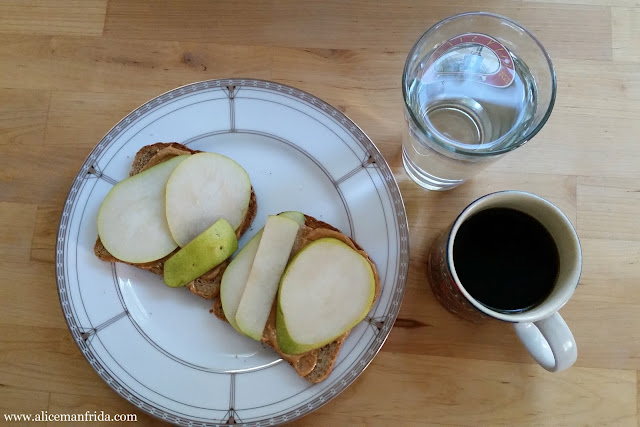 Breakfast was toast with peanut butter, honey and pear.  I could only fit a little of the pear on the actual toast but I did chop up the rest and ate the pieces.  I had my usual black coffee and some water, too. 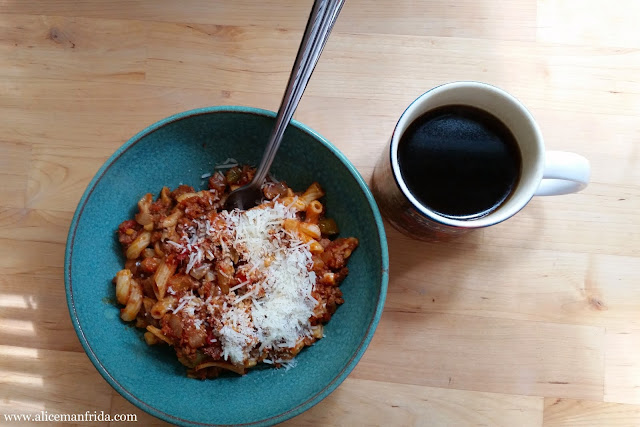 Leftovers!  I reheated some pasta and meat sauce that I had made on Friday.  The sauce was from a jar and then I added ground beef, green pepper, onion and garlic.  Once it was hot I added some Parmesan cheese on top and had a coffee refill and some more water.

I had two cups of tea throughout the afternoon.  Before heading out to the grocery store I had some applesauce and some almonds because I was super hungry and I didn't want to go crazy and buy everything at the store. :) 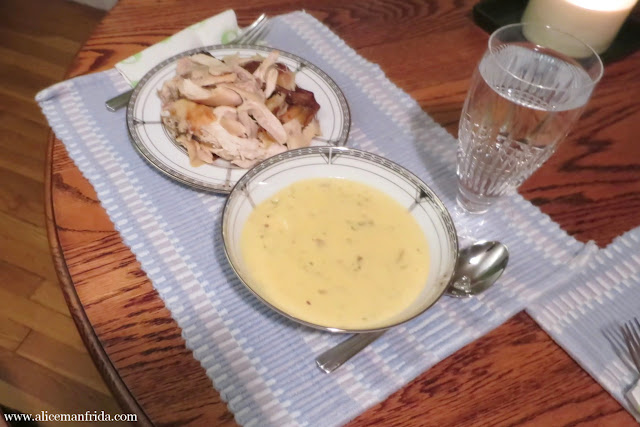 While we were at the grocery store we picked up a cooked chicken and some soup.  The soup was Baked Potato with Bacon.  I had a HUGE bowl of the soup and it was really filling.  Honestly I would probably not go out of my way to buy it again because it was pretty salty but it was still tasty.  I ate some chicken and then wrapped up the rest to save for sandwiches throughout the week. 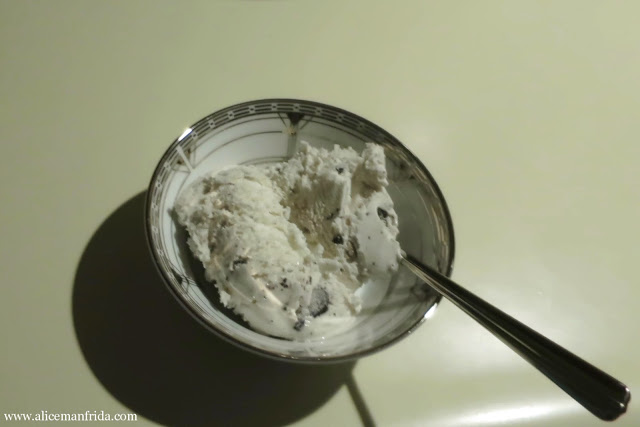 This is a tiny bowl of cookies & cream ice cream.  I know you can't really tell how big the bowl is because it's just by itself on the counter in this picture but it's the teeny tiny fruit bowl so it's only a couple of spoonfuls.  Not that I'm concerned about anyone judging me.  I'm just saying it's way less than I would normally eat because I really wanted it but I was still really full from that soup.  Ha ha!

Posted by Alice Manfrida at 3:40 PM