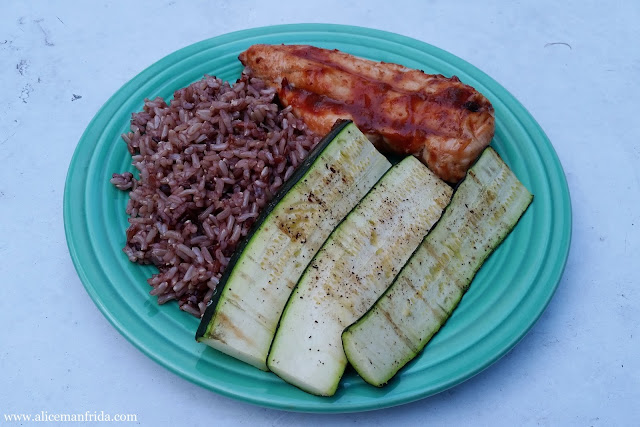 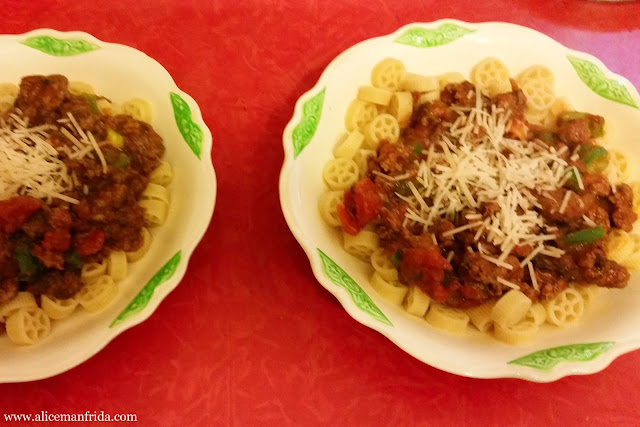 Vacation!  I just got back from a week in Maine where I had no internet or cell service and it rained about 50 percent of the time.  I spent the entire time either reading on a couch, reading on a beach, playing board games and watching movies with my husband and of course... eating so much food.  Ha ha! 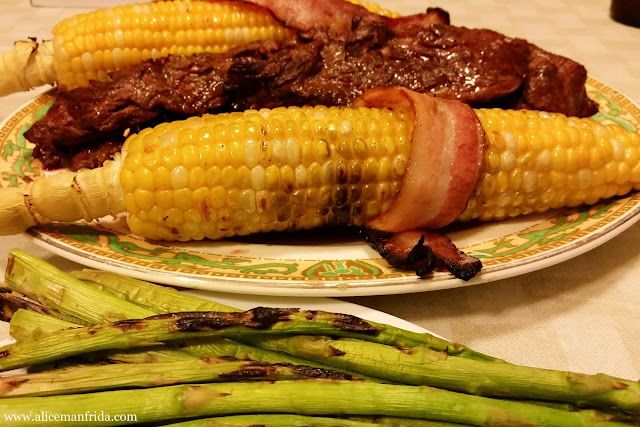 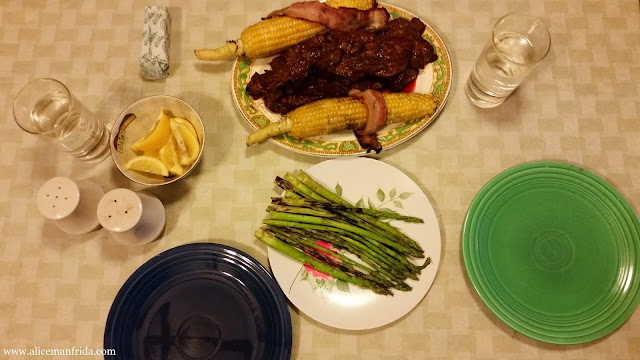 The experiment of the trip was to try to make bacon-wrapped corn on the grill.  Obviously I got the idea from Pinterest.  Obviously it did not turn out quite as I'd envisioned.  But it did provide us with yummy bacon to eat with our steak, corn and asparagus.  I call that a win. 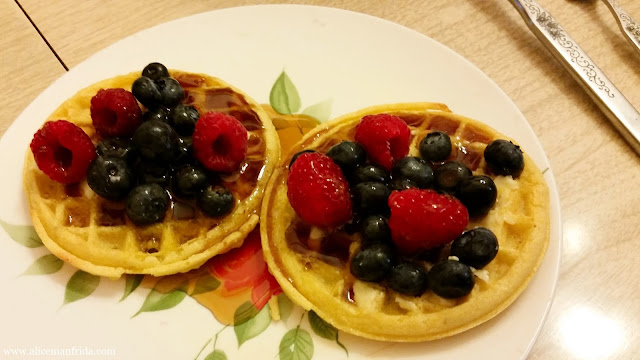 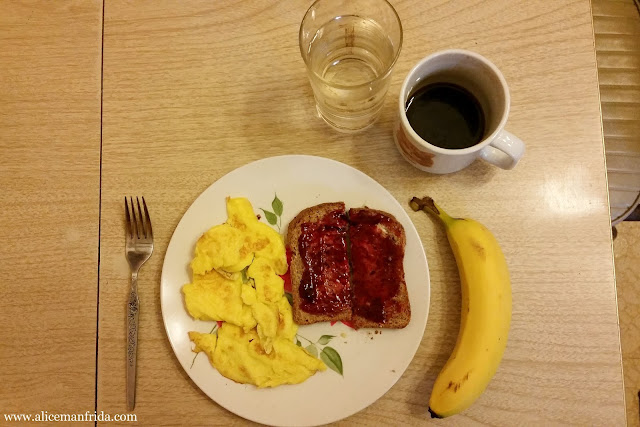 If you know me, then you'll know what a huge breakfast/brunch fan I am.  We went through an entire box of frozen waffles along with a bunch of eggs and fruit.  We also polished off that bacon.  Duh. 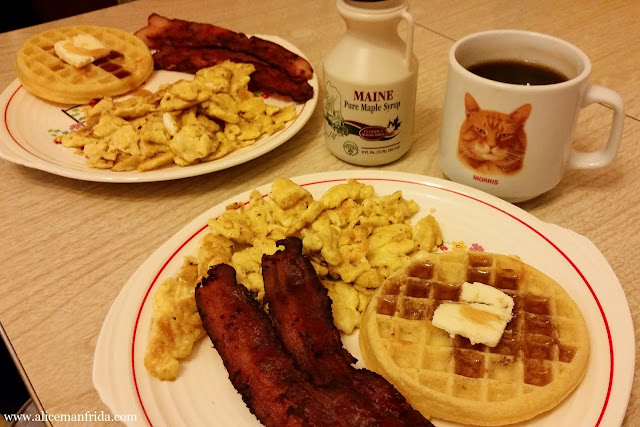 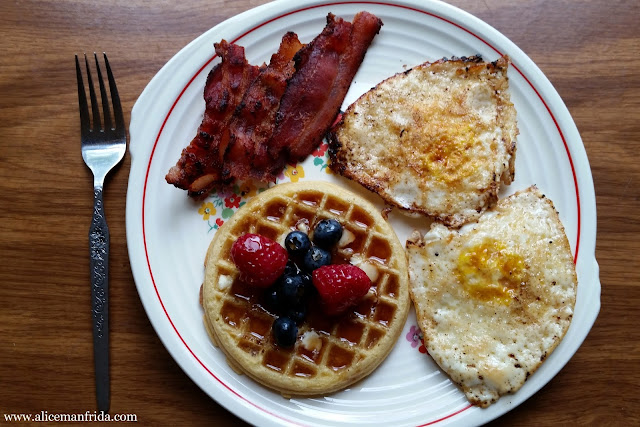 We went to a grocery store an hour and a half away from where we were staying and we had left our house at 5am so we didn't write a list, were crazy from lack of sleep and so much driving and anxious to get back on the road.  As a result, we didn't really plan very well for lunches. 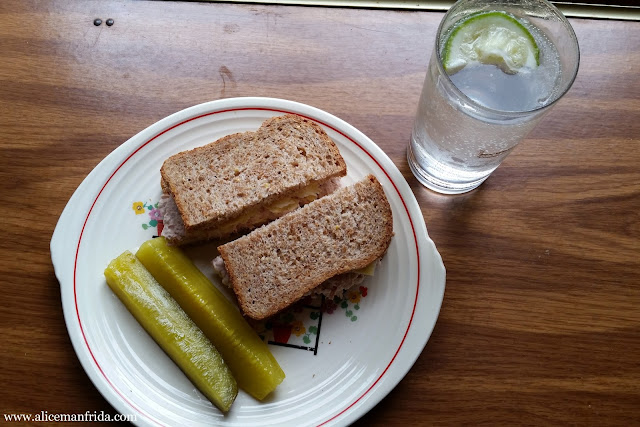 We literally bought two cans of tuna (that would be one for each of us for 5.5 days) and then just ate random snacks thrown together for the rest of the days.  We did manage to keep it on the healthy side. 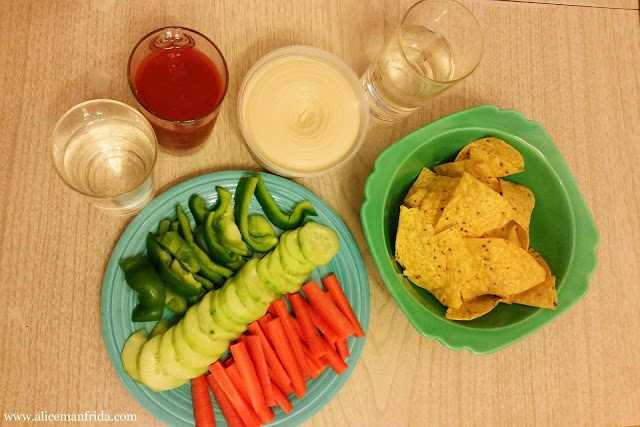 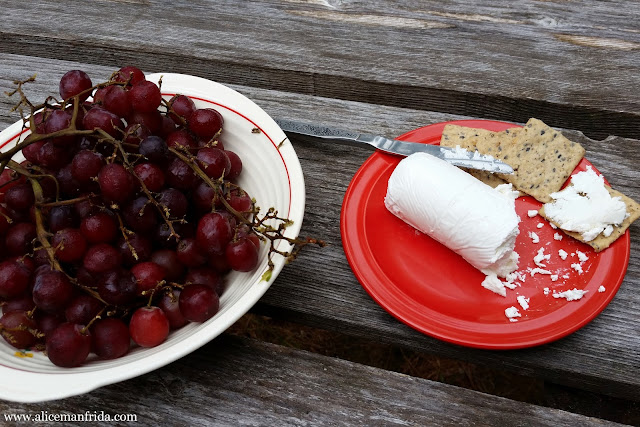 After dark was a whole other story.  On the day that it rained from sun-up to past sun-down we decided that we still wanted to make s'mores.  So we used the stove to cook the marshmallows.  They came out pretty well but having to be super careful to keep everything from dripping down into the burners (don't try this at home) made it somewhat less satisfying than it would've been if we could have made them over the grill or a camp fire. 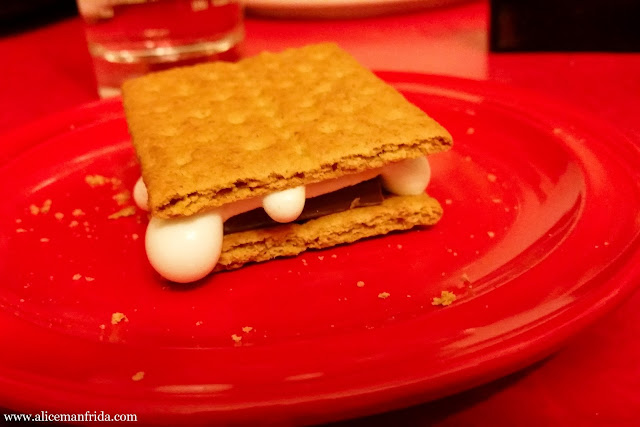 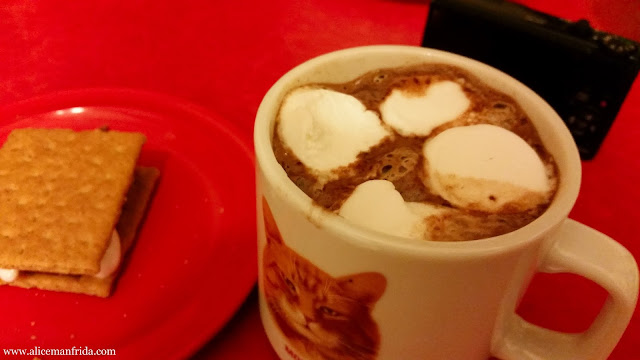 Having a break and getting away from the internet and texts and phone calls and even friends and family is such an important thing to get once in a while.  While it would have been nice to stay even longer, I think that we had enough time away to decompress and be able to come back refreshed.

Thanks for reading!
Have you had a relaxing vacation recently?
Are you planning one soon?
Let me know in the comments!
:) Alice
Posted by Unknown at 1:02 PM