New Phone / So Many Pictures

I recently got a new phone because I broke my old one.  By the way, if you want to see my panicked face from the moment that I discovered it was broken, I happened to be vlogging at that exact moment.  I'm laughing about it now but I felt pretty strange without a phone, even though it was only a day.  For a few hours I was alone in the house and I felt really isolated without a way to contact anyone...I mean yeah, internet but it's not the same thing as a phone and what if there was a fire, or a flood, or the electricity went out....  I'm pretty glad I'm in a position to have replaced it almost immediately. :) 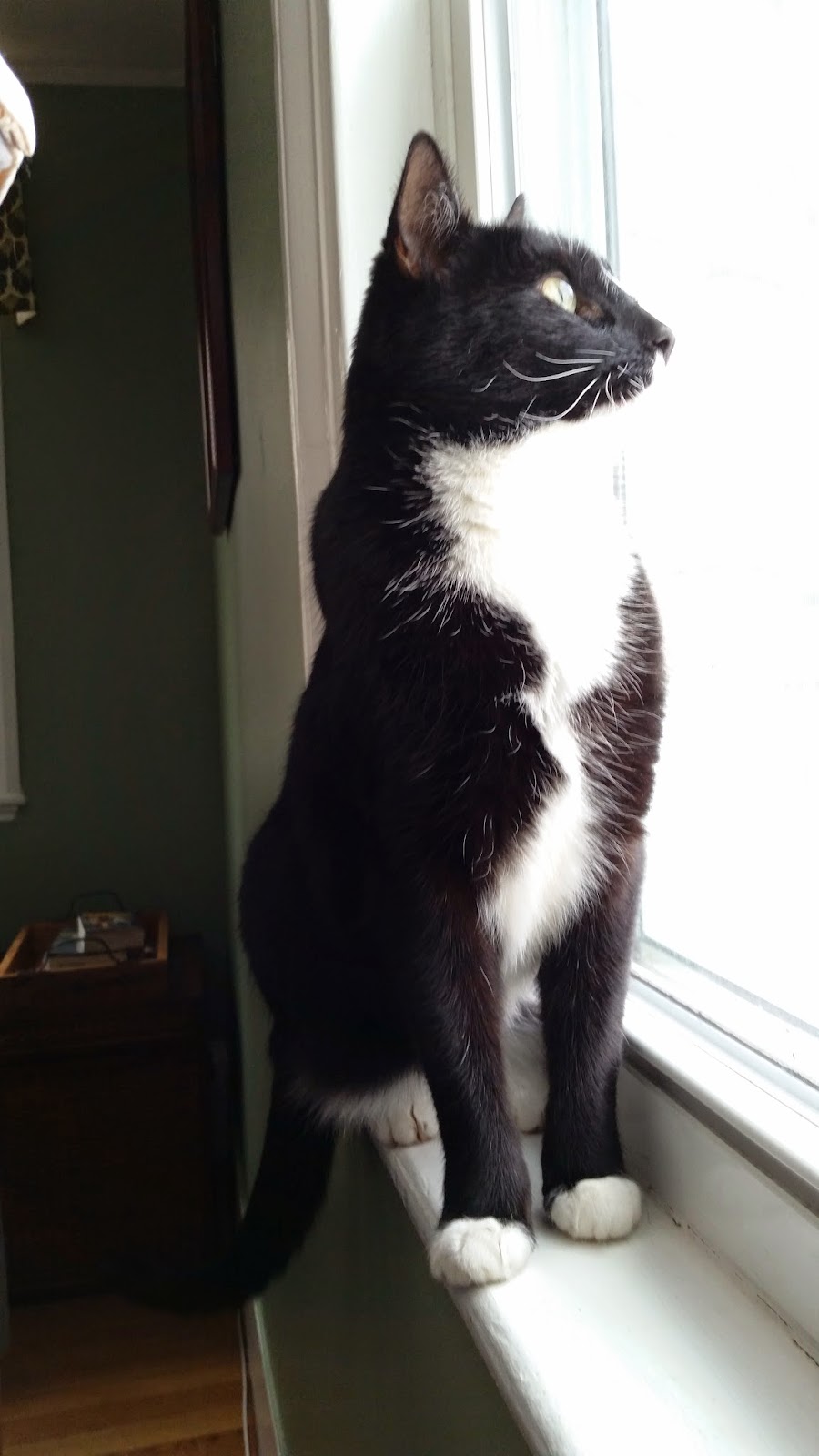 Anyway, my last phone was the Samsung Galaxy S3 and I'd had it for a really long time.  The S6 actually comes out in a few weeks but I didn't feel like there was any scenario that I could wait that long.  I played around with a few different phones and ended up going for the S5.  It's a little bigger than the S3 and the screen is really nice for watching videos.  The other thing that's better (duh) is the camera.  Both the front and back cameras are great.  I have been taking a billion pictures of Stella because I swear it picks up every single strand of fur. 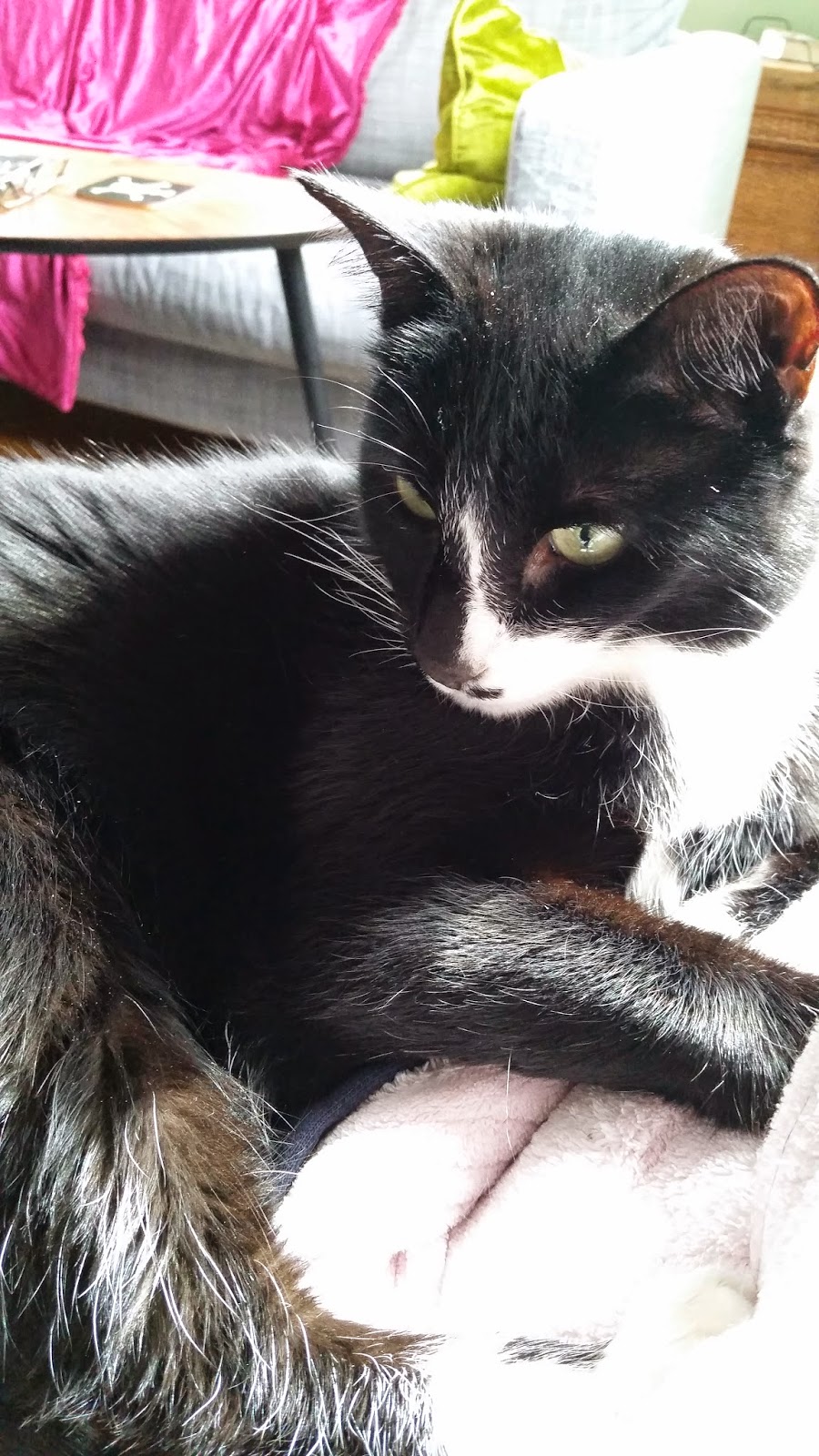 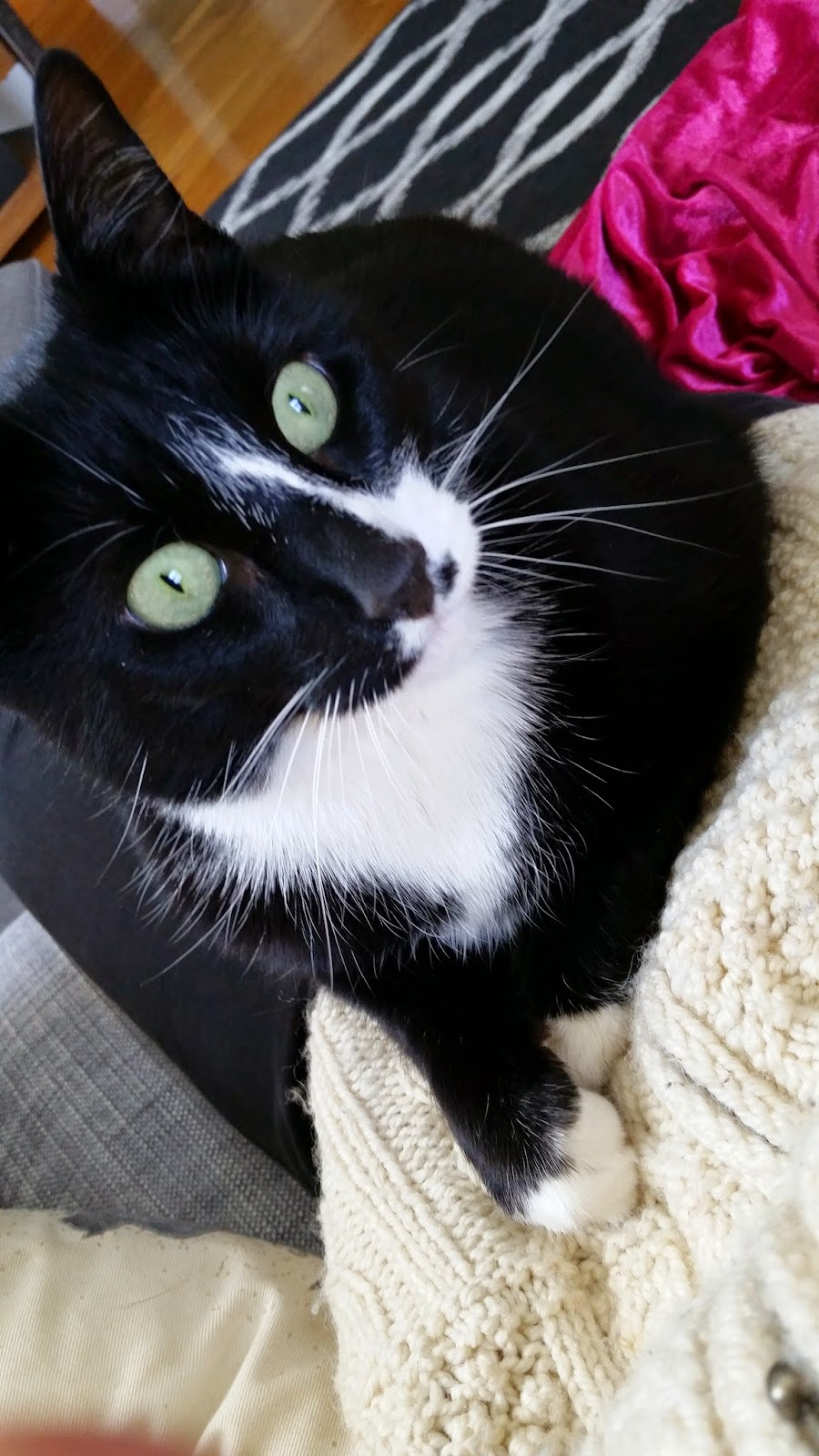 If you follow me on Twitter you have probably seen all of these pictures but seriously, she just looks so pretty!  I haven't done any editing on these pictures; the lighting is exactly as it came through on the camera. 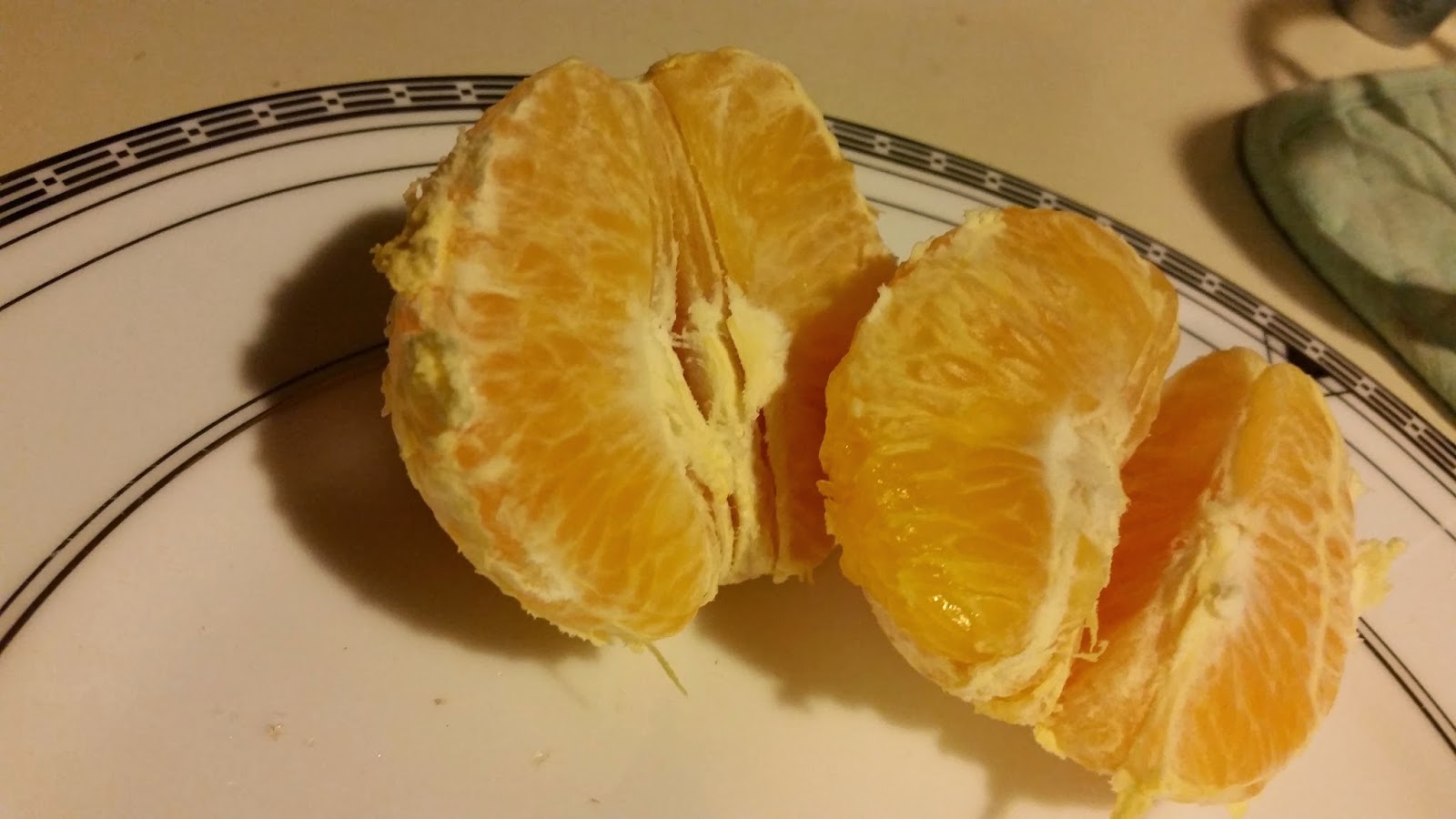 This is my [extremely artsy] hot chocolate.  The left side is zoomed in on the cinnamon bun in the back and the right side is focused on the drink in the front.  I think it's amazing that I can focus on such a specific spot!  I realize that this might not be that amazing to everyone else but my phone was two and a half years old and technology changes so fast.  Honestly, most of the pictures that I take for this blog are taken with my phone so I'm excited that they'll be a little better now. 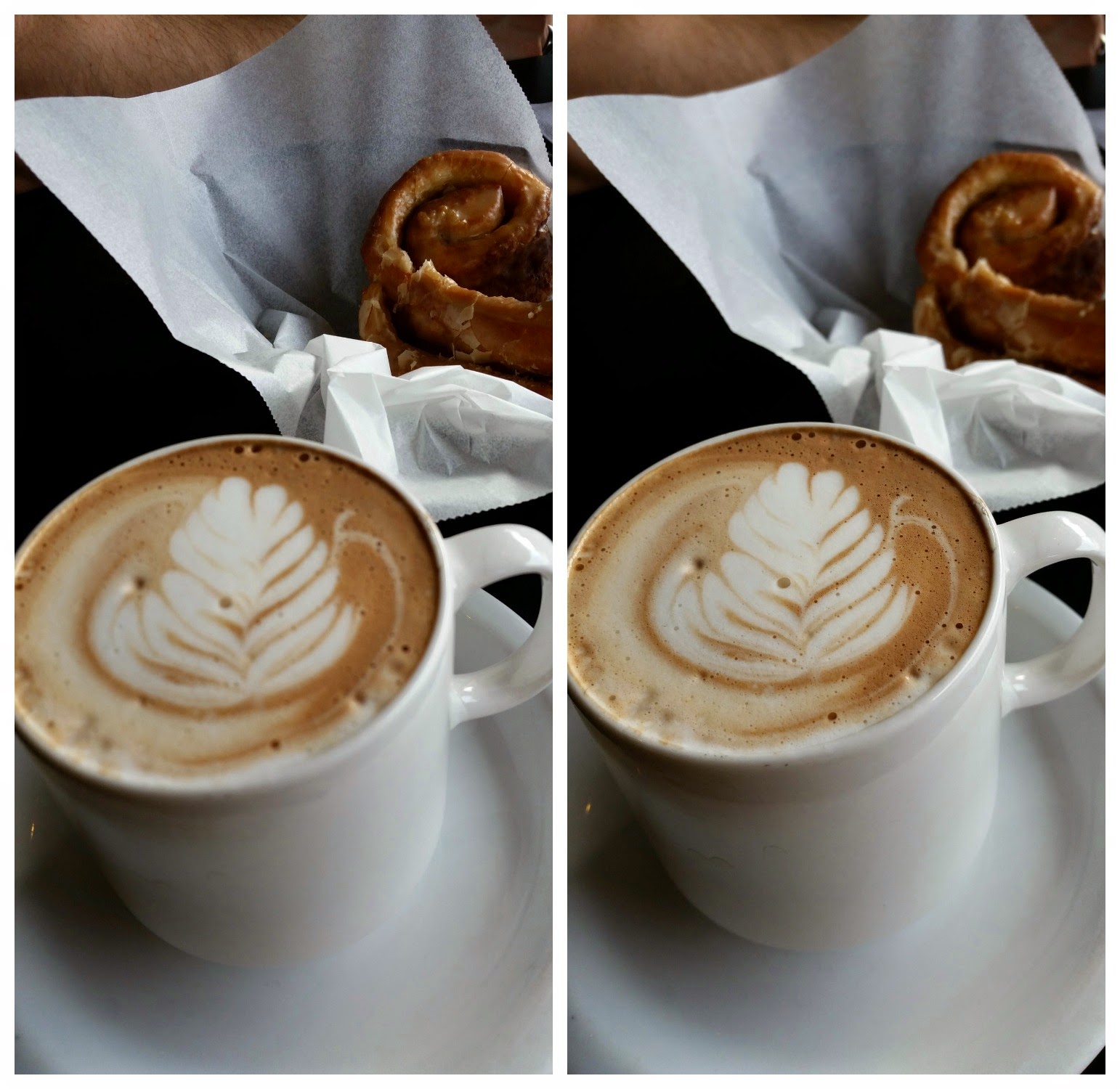