My Actual One True Love

I'm going to admit something today.  Those who are closest to me already know but I feel like since it's Valentine's Day, I should come clean about this. 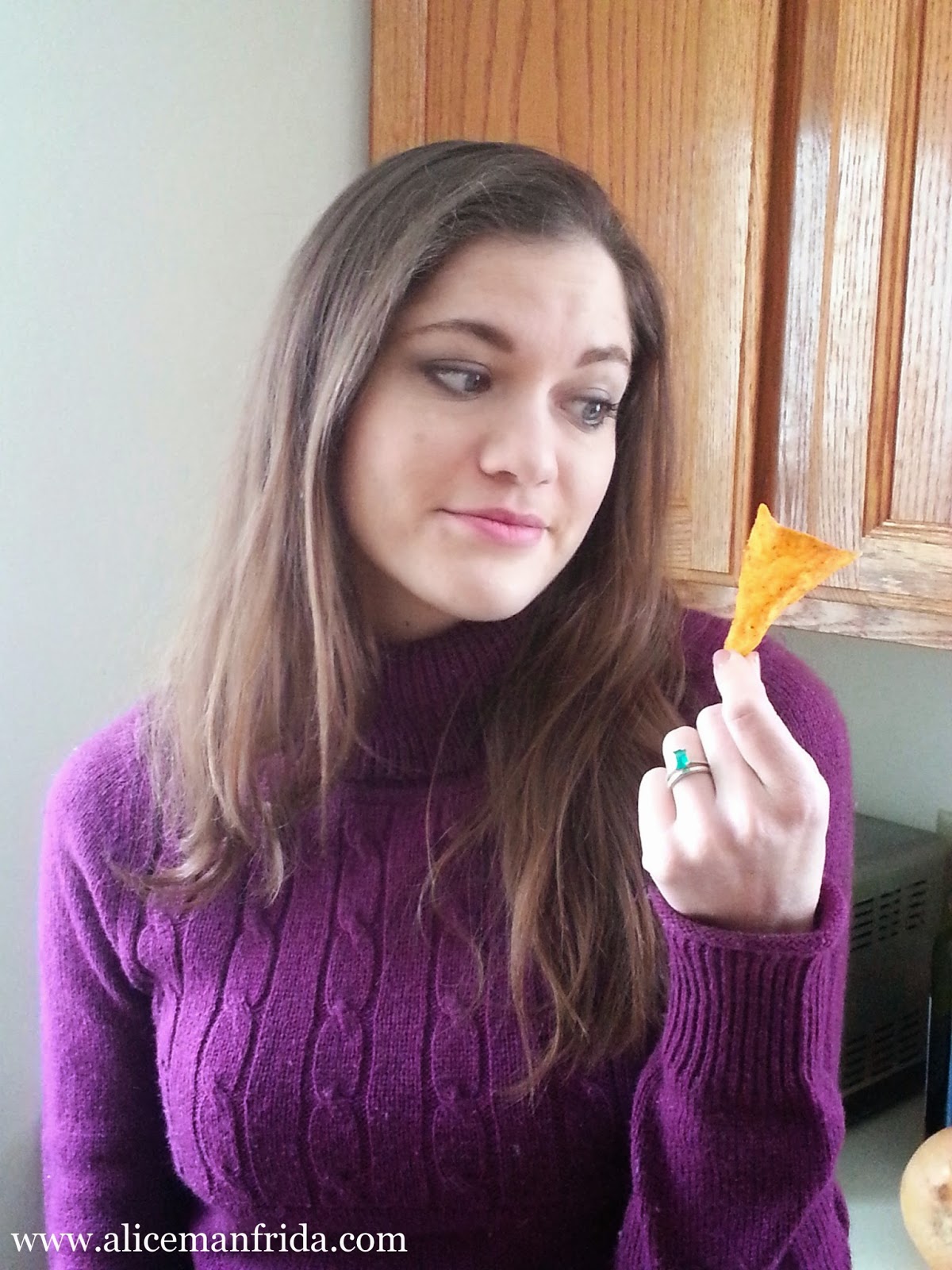 Like actual love.  Not all Doritos.  Just the red ones.  The Nacho Cheese flavor.  It's the best flavor.  I sort of like some of the other flavors.  But I LOVE RED DORITOS.  Because of this love I almost never buy them.  I have to just dream about them because I know that if they pass through my door, I'm going to eat them.  I'm probably going to eat all of them.  In a day.  Actually, I did pretty well this time.  They lasted a few days and Steve even got to eat a few of them.

I actually have a first memory of my beloved red Doritos.  We were on a field trip around the Blackstone River Valley.  We had spent the day getting on and off of a bus touring textile mills and checking out waterwheels.  Then we stopped for lunch at a park.  Some boy had a little bag of Doritos in his lunch.  I tried one.  It was glorious.  I think I was in 5th grade. 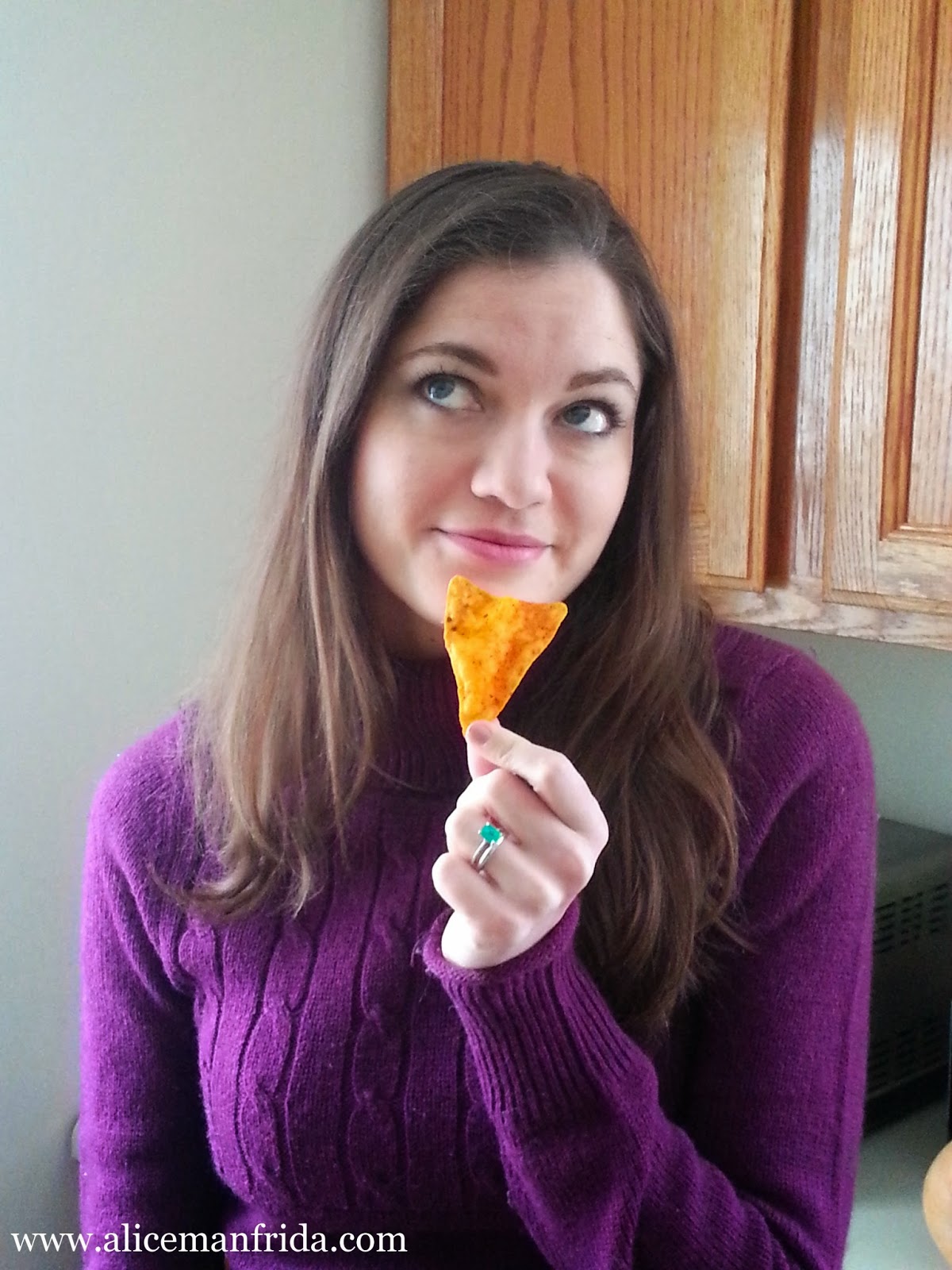 Shortly after that I ate an ENTIRE bag (the big one) of them at a sleepover.  My stomach hurt so badly after that but I didn't care.  I've done that multiple times since then, but not since college.

I am now too old to binge on Doritos.  I feel like if I eat too many I'll die.  I probably won't but come on, they are chips with some kind of cheese-ish flavored powder on them.  They are not health food.  But they taste sooooo good!

I eat healthy ALL the time but once in a while I crave Doritos so much that I can literally taste them in my mouth even if I haven't had them in months.  I usually still don't go out and buy them even when I want to.  But this week I just really really really wanted snacks and we didn't have any (because we usually don't) so I went to the store and bought a million snacks.  One of those snacks was a giant bag of Doritos.  So I'm trying to force myself to ration them out to make the joy last a little longer.  I even poured some in a bowl and then put the bag away and went in another room so that I would over do it.  But I may or may not have eaten some uncountable number of handfuls prior to getting out the bowl. 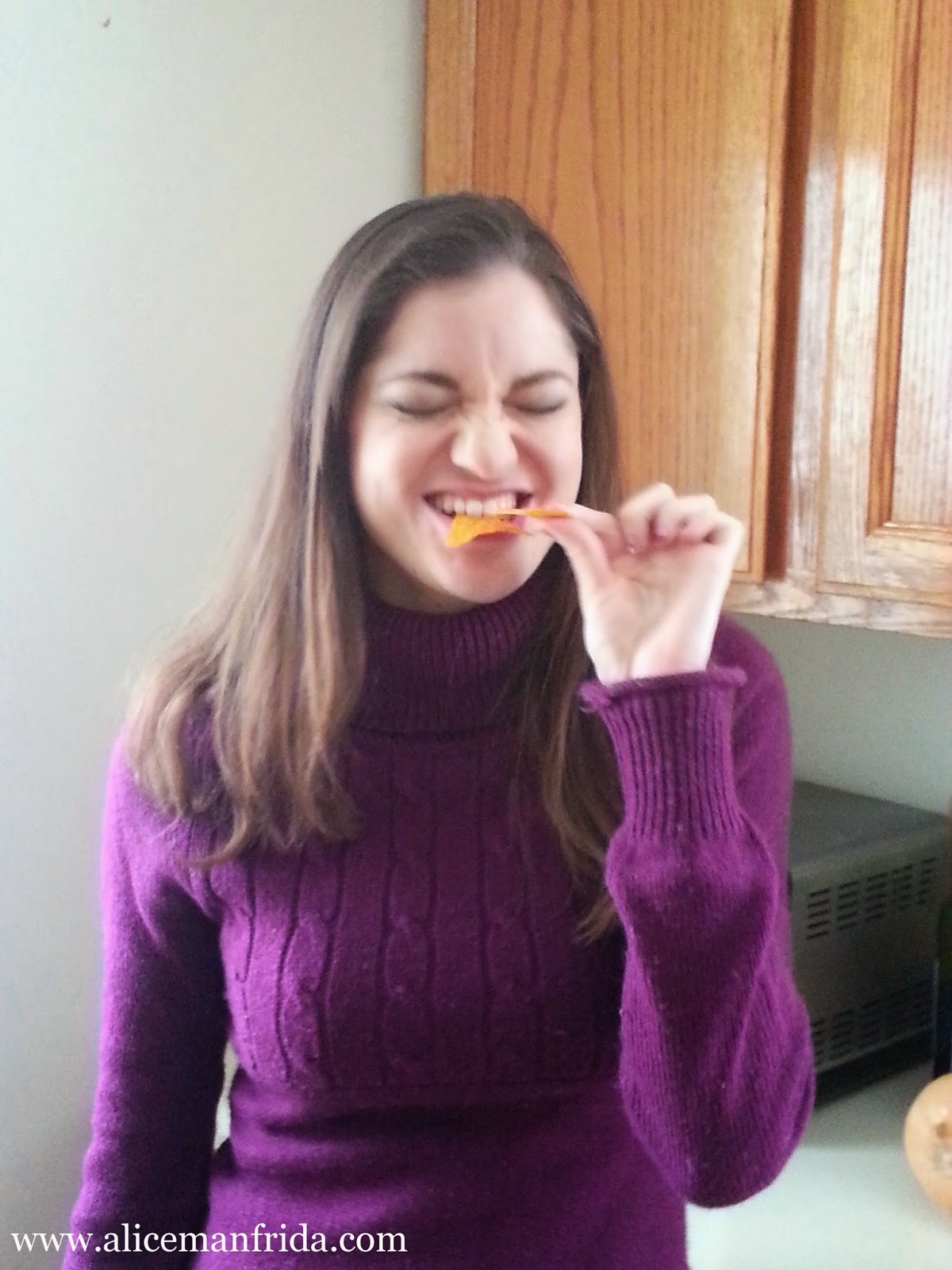 I hope you all have a Lovely Valentine's Day!
I love you for reading!
:) Alice
Posted by Unknown at 3:03 PM