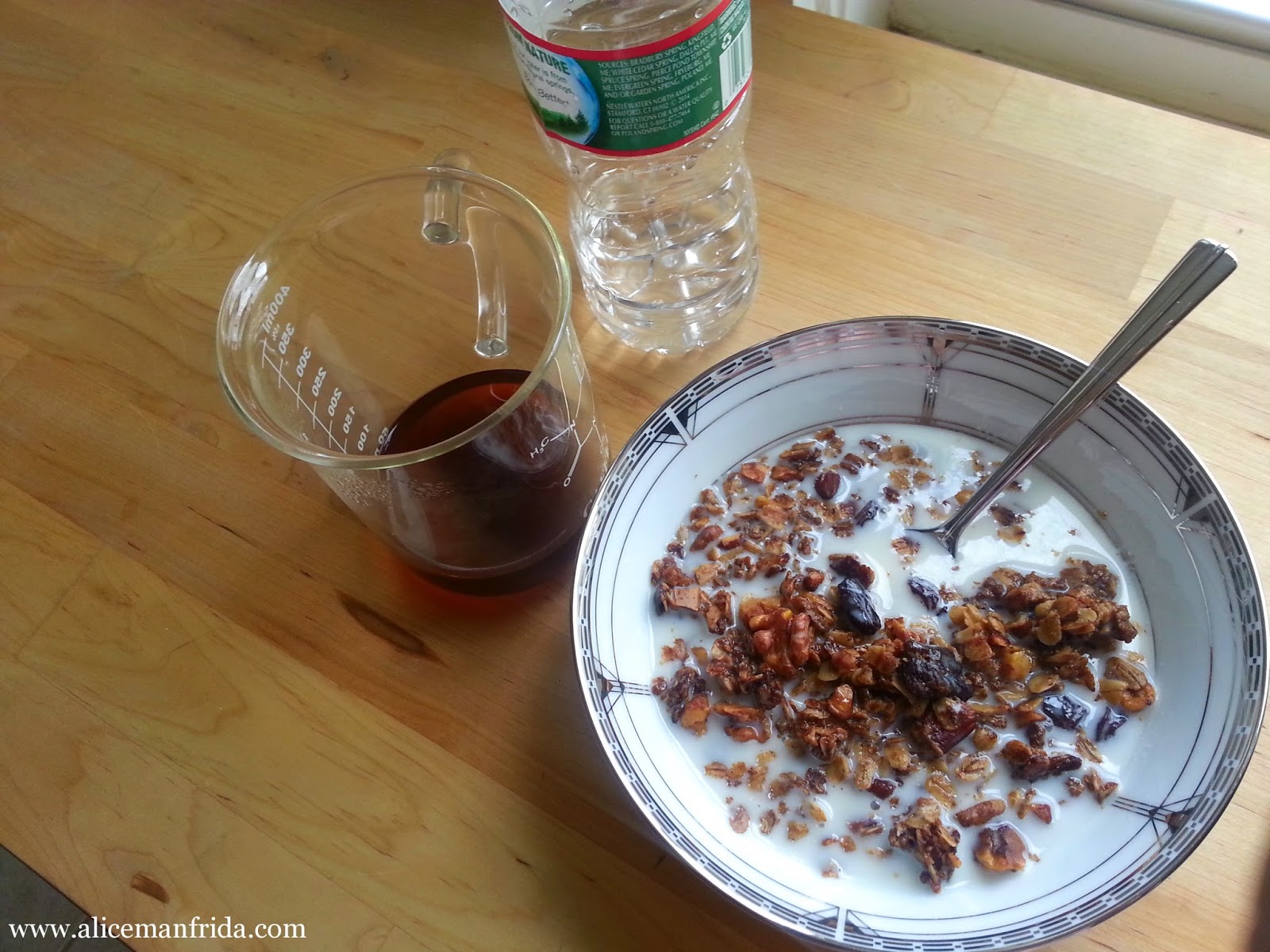 Yay!  Steve finally made granola again!  This batch has oats, almonds, walnuts, raisins and maple syrup.  It's seriously SO delicious.  I had that for breakfast with almond milk after drinking most of my coffee (literally the LAST of it in the house) and half of a water bottle that was left over from yesterday. 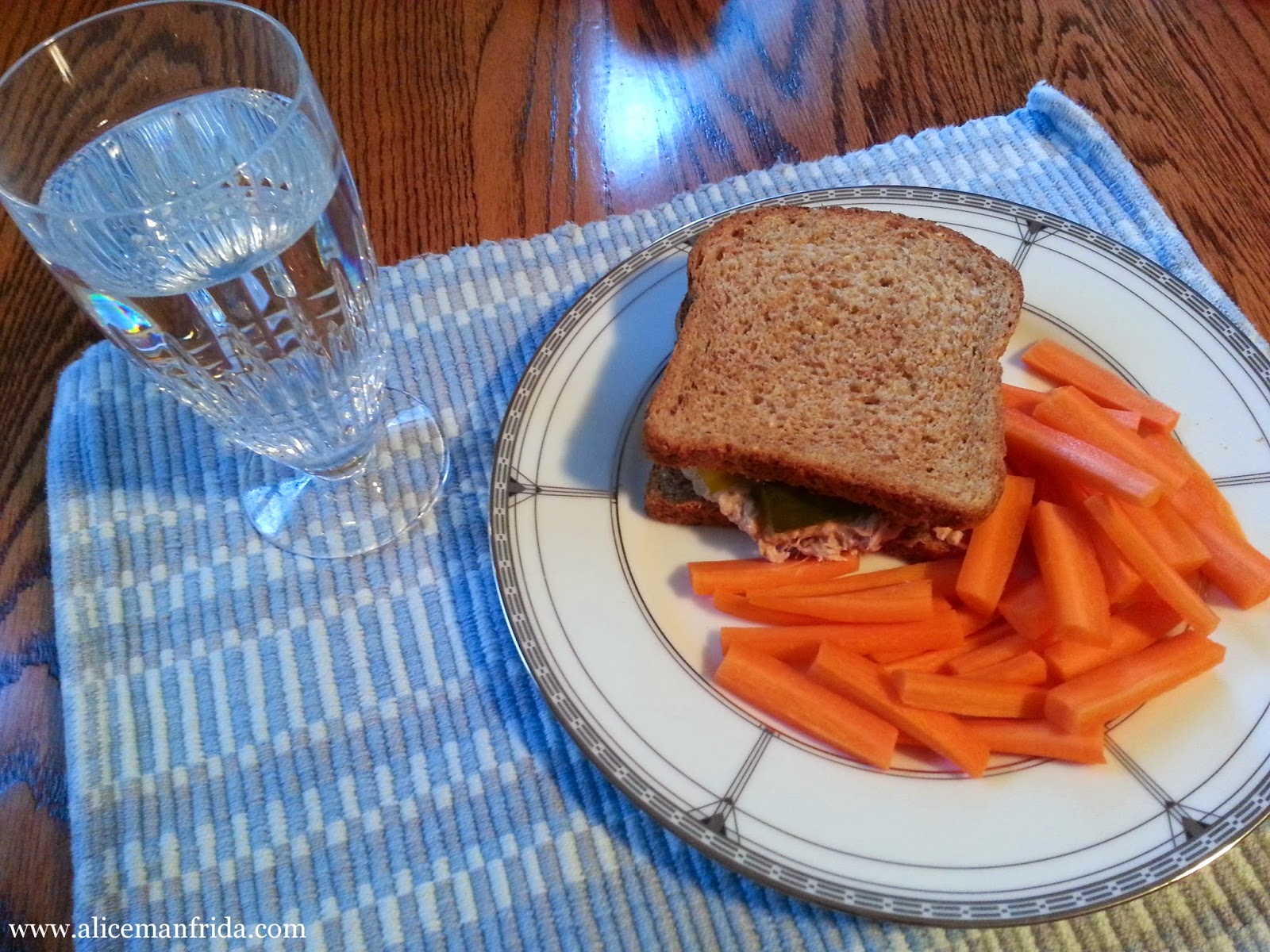 I made a tuna sandwich with pickles and I ate two whole carrots.  I also had water.  I'm doing better with the water thing now that I've been talking about it with everyone I know and the internet.  #BeBetter #accountability ...ha ha ha! 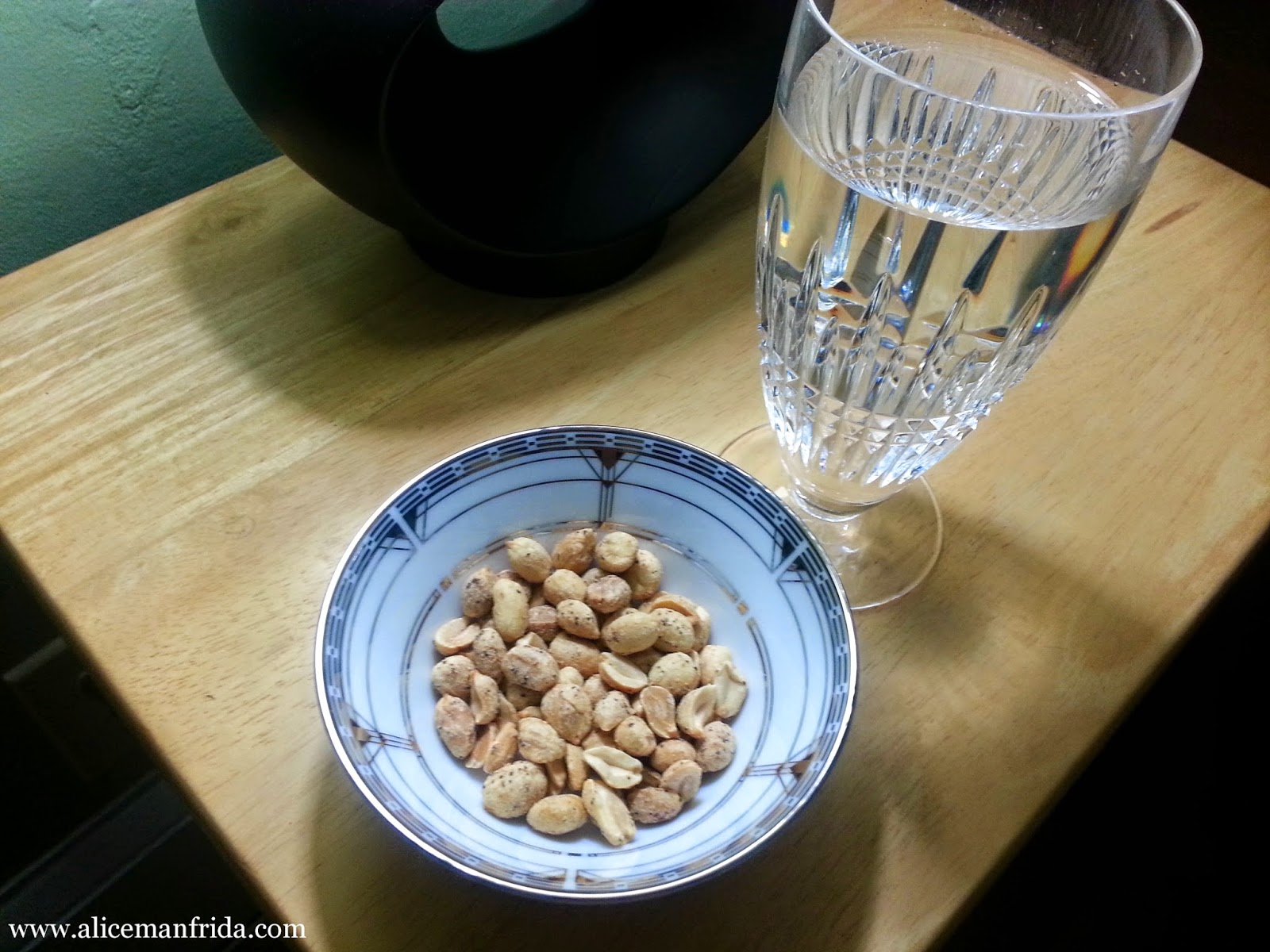 Salt and pepper peanuts!  Another glass of water! 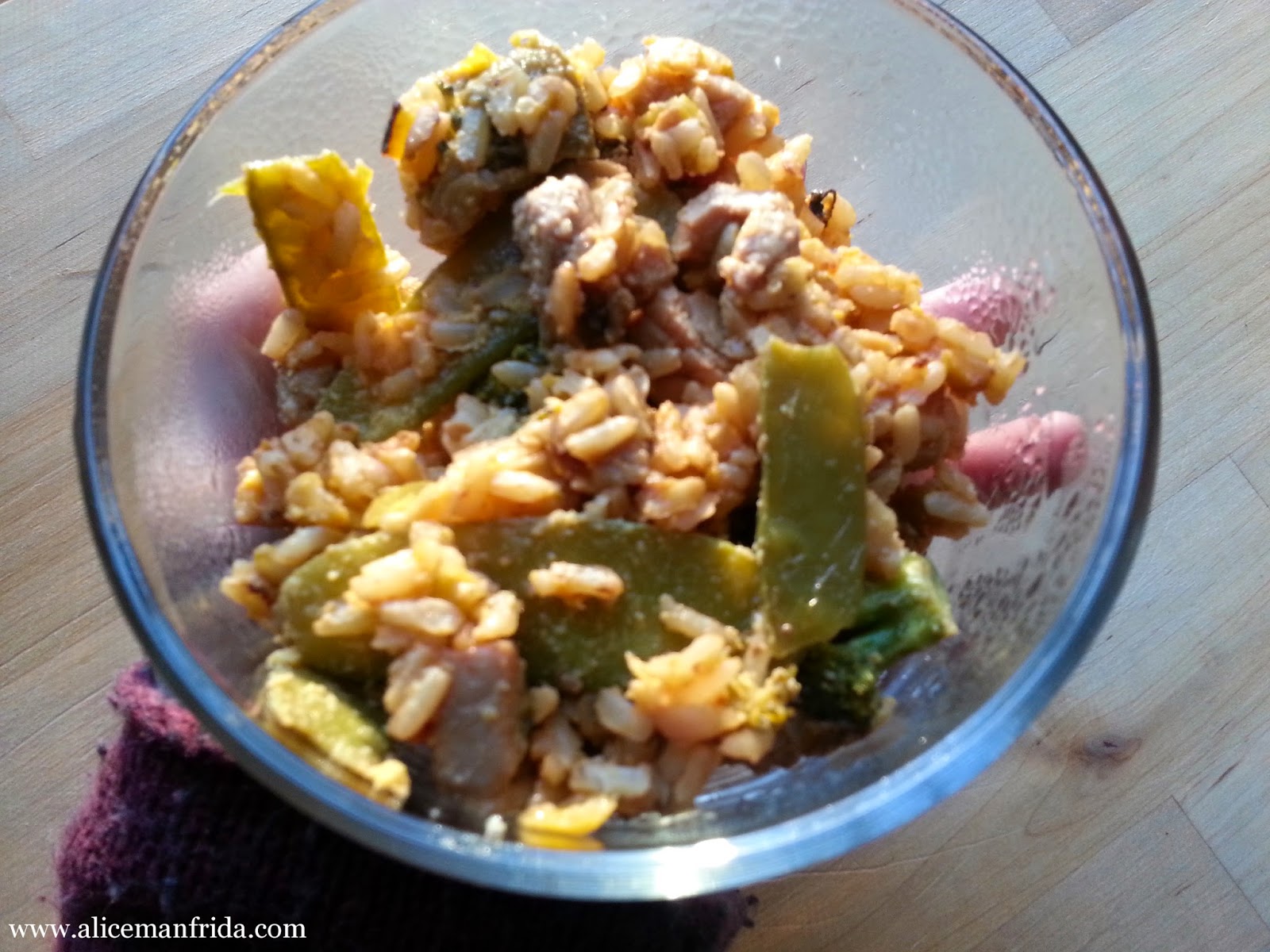 OK, so this picture is actually just the leftovers.  I forgot to take a picture last night before I gobbled up my food.  I made pork fried rice with a whole bunch of Sriracha hot sauce in it.  I had one glass of water while eating and drank another when I was done. 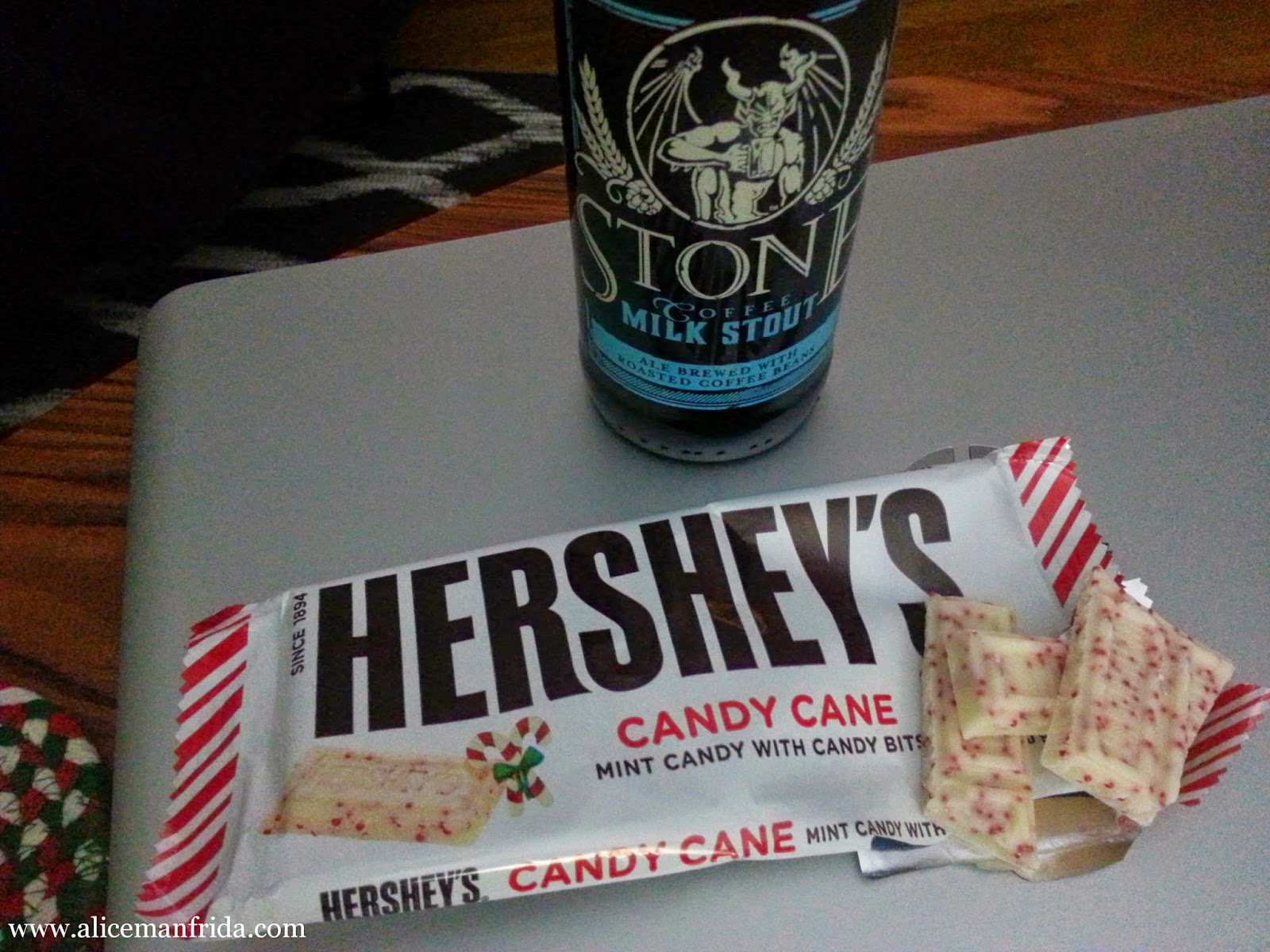 I had some of this candy cane flavored Hershey bar.  The whole thing is actually mint flavored and the little red things are just tiny sprinkles but it's a little crunchy.  Since I did so well with drinking lots of water I also decided to switch beverages.  This one actually complimented the minty candy better than I thought it would. :)

Thanks for reading!
:) Alice
Posted by Unknown at 7:37 PM