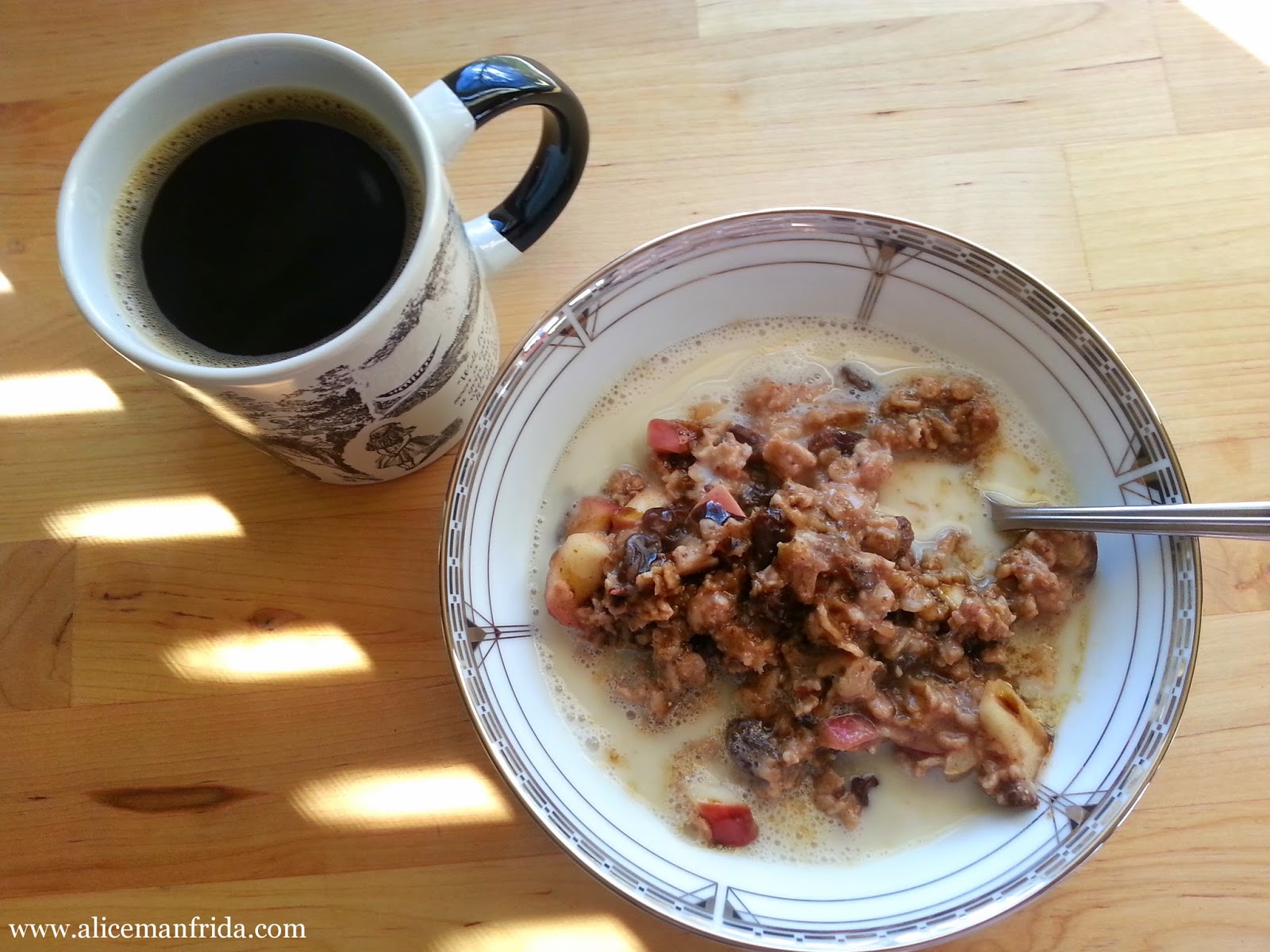 For breakfast I had a bowl of oatmeal and a black coffee.  To the oatmeal I added an apple, raisins, cinnamon, fresh ground flax seed (thanks to my coffee grinder), blackstrap molasses and almond milk. 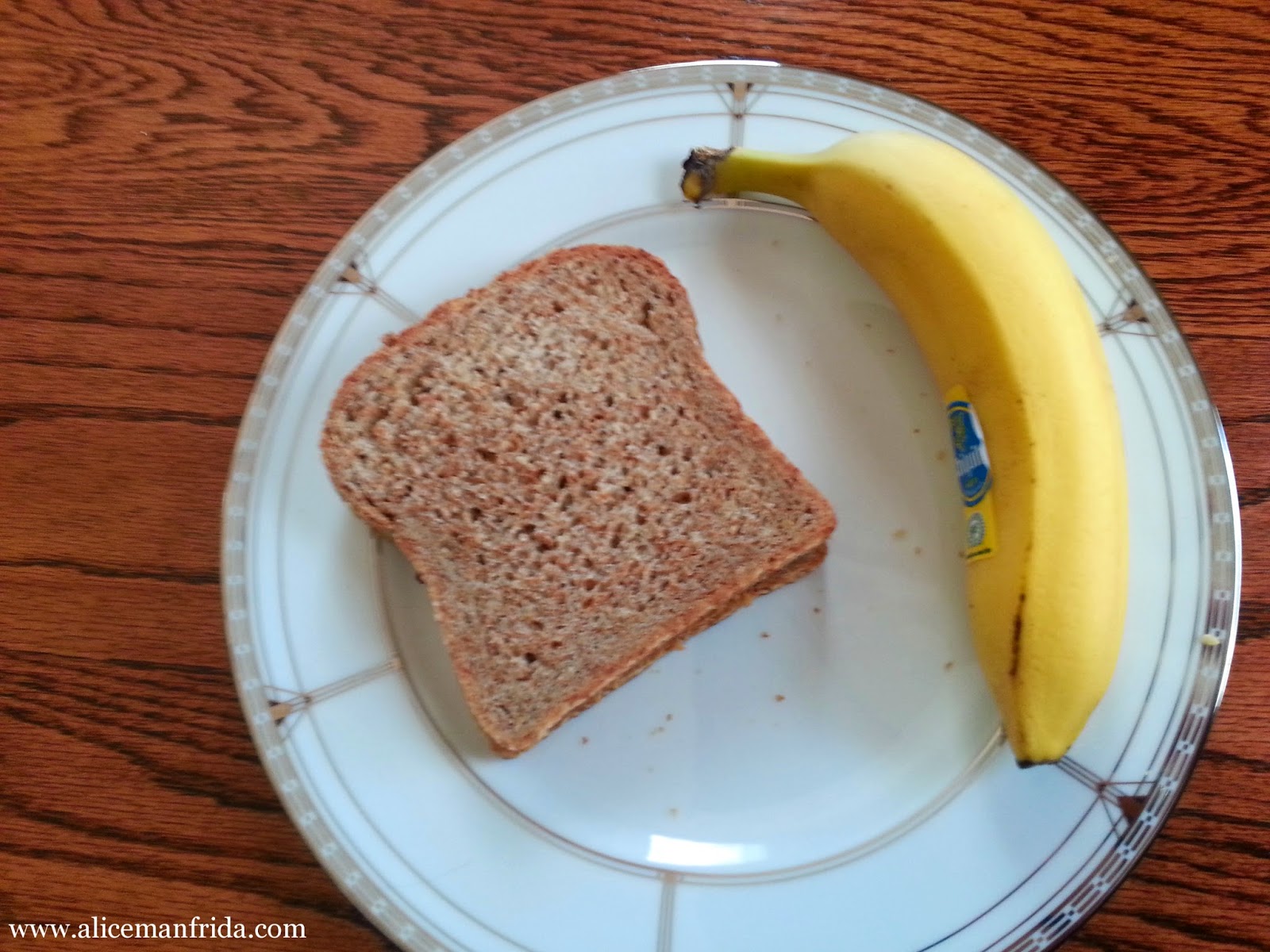 I had a peanut butter and jelly sandwich with a banana for lunch. 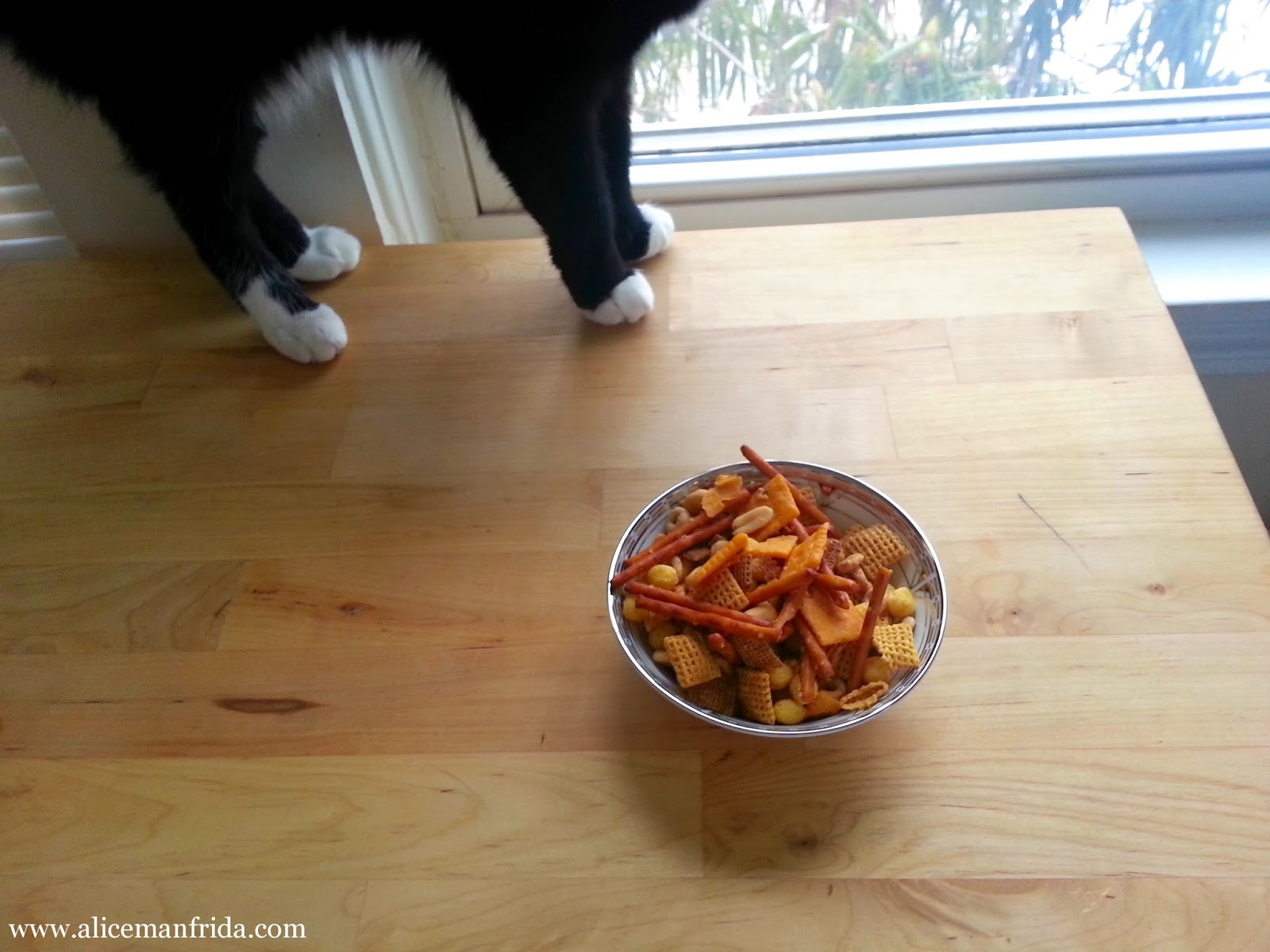 Scrabble!  (snack mix that my grandpa and uncle made) 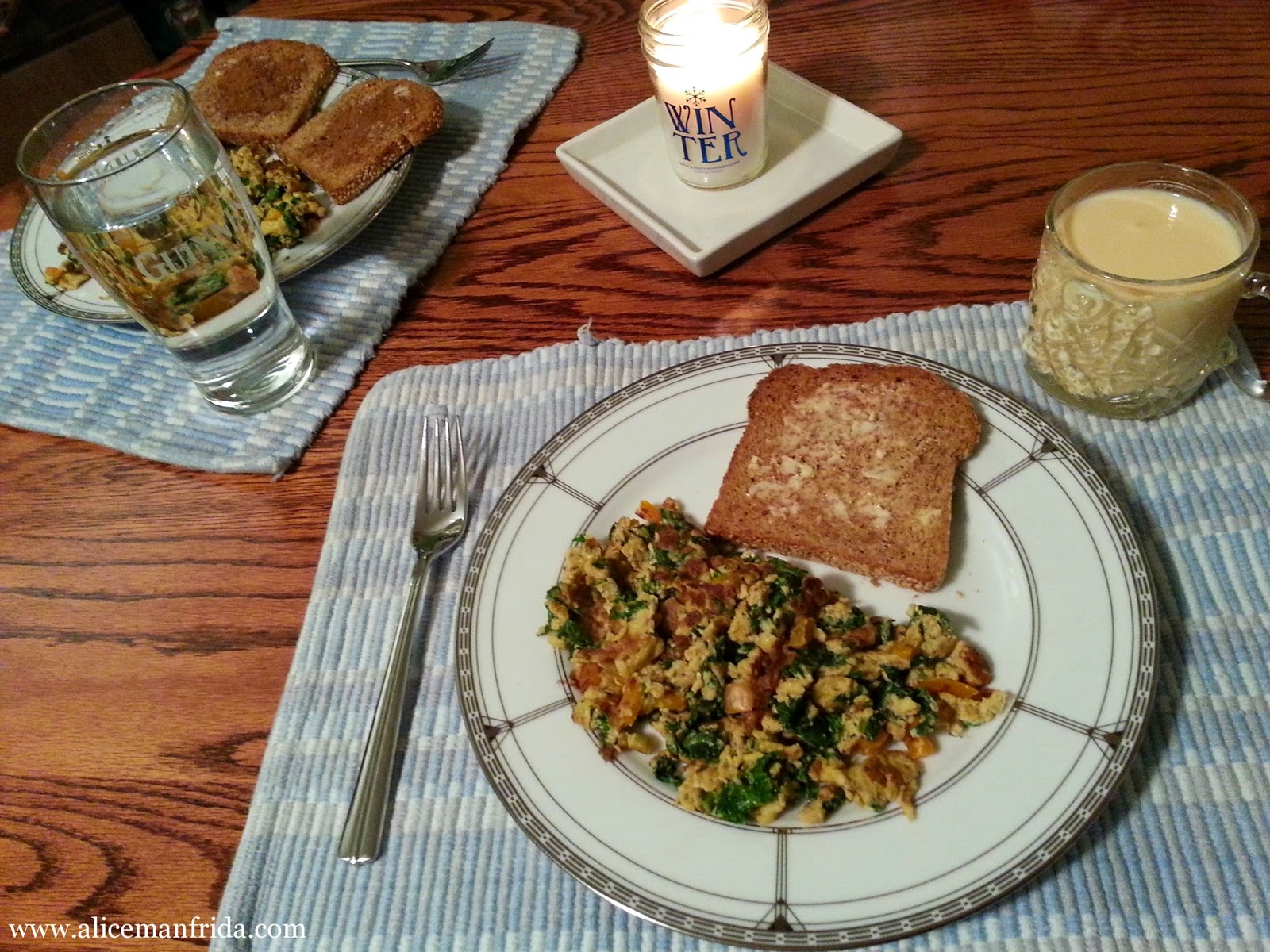 We had breakfast for dinner!  I had a piece of toast with butter and an egg and veggie scramble.  The eggs had kale, orange peppers and scallions and also Worcestershire sauce and a bunch of spices.  I also had some peach flavored kefir.  Throughout the day I had three glasses of water because I'm seriously trying to drink enough of that.  I just have such a hard time with it when it's cold out!
Posted by Unknown at 10:40 PM