Breakfast On The Go 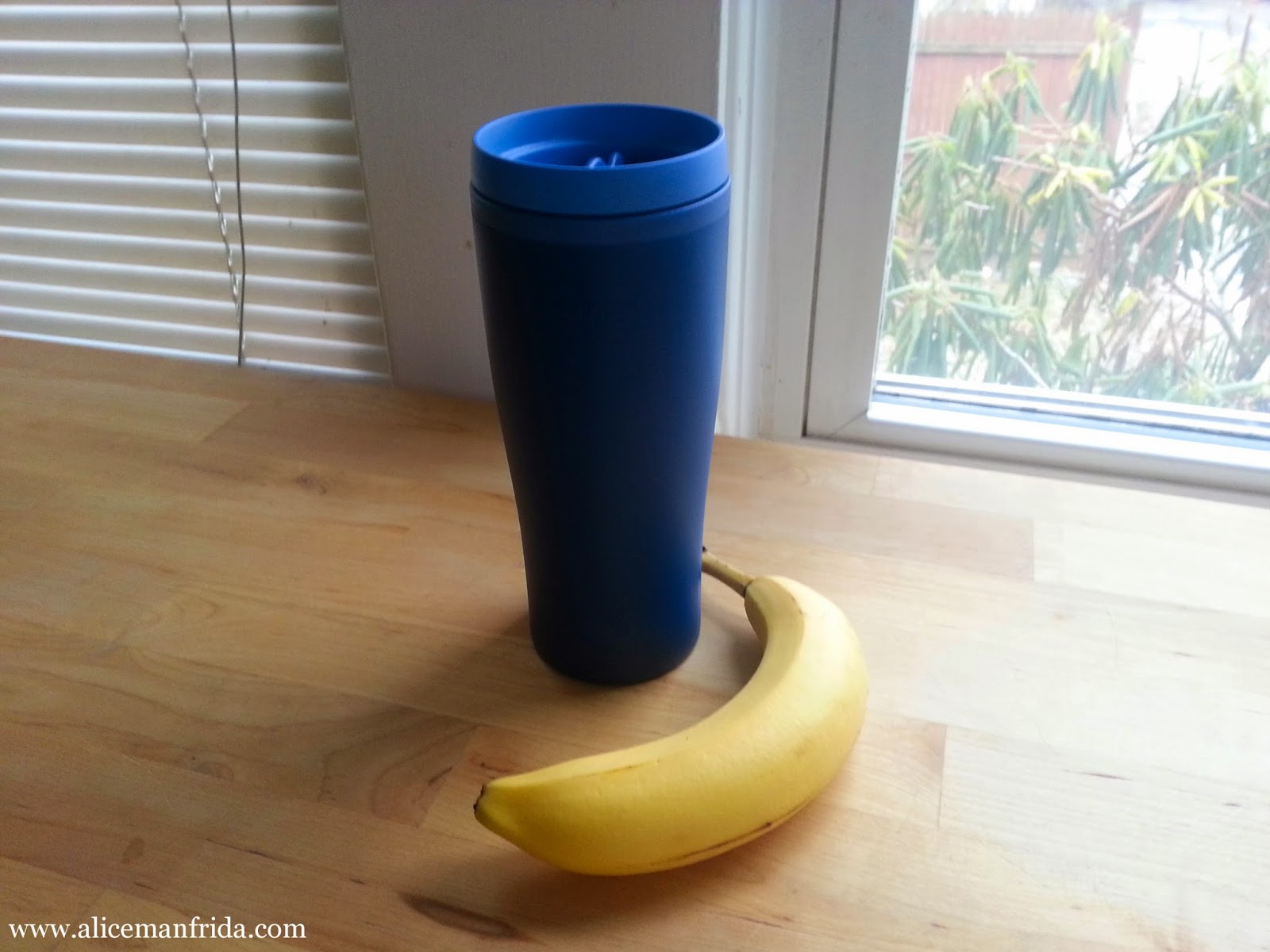 This picture is full of intention but is ultimately a lie.  Ha ha!  I never ate the banana.  Into my bag it went and in my bag it was forgotten.  I have a really hard time eating breakfast when I'm out doing stuff.  I never ate breakfast as a kid and I only eat it now because I feel like I'm supposed to so I force myself to.  Ha ha.  I DEFINITELY drank that coffee in the picture though. :) 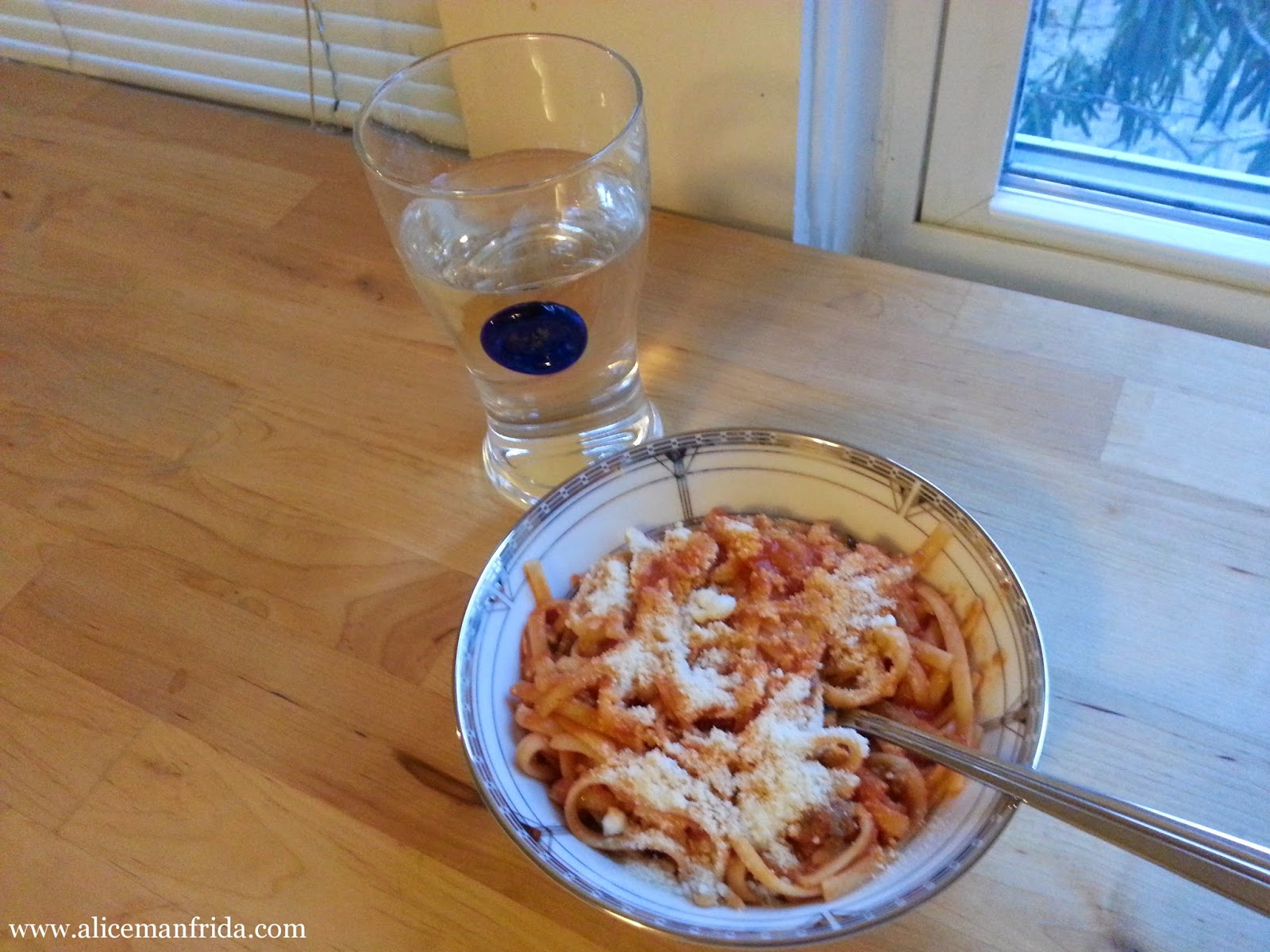 For lunch I had leftover linguine and bolognese sauce.  I had gotten it delivered the night before and there was SO much.  It was like that Tomie DePaola book where Anthony stupidly uses Straga Nona's magic pot and so much pasta comes out that the whole town is about to be swept away.  There was enough for my giant meal and then two big lunch portions for the next day (I shared with Steve).  Oh and I reheated it on the stove with a little water at the bottom of the pan because I don't have a microwave. 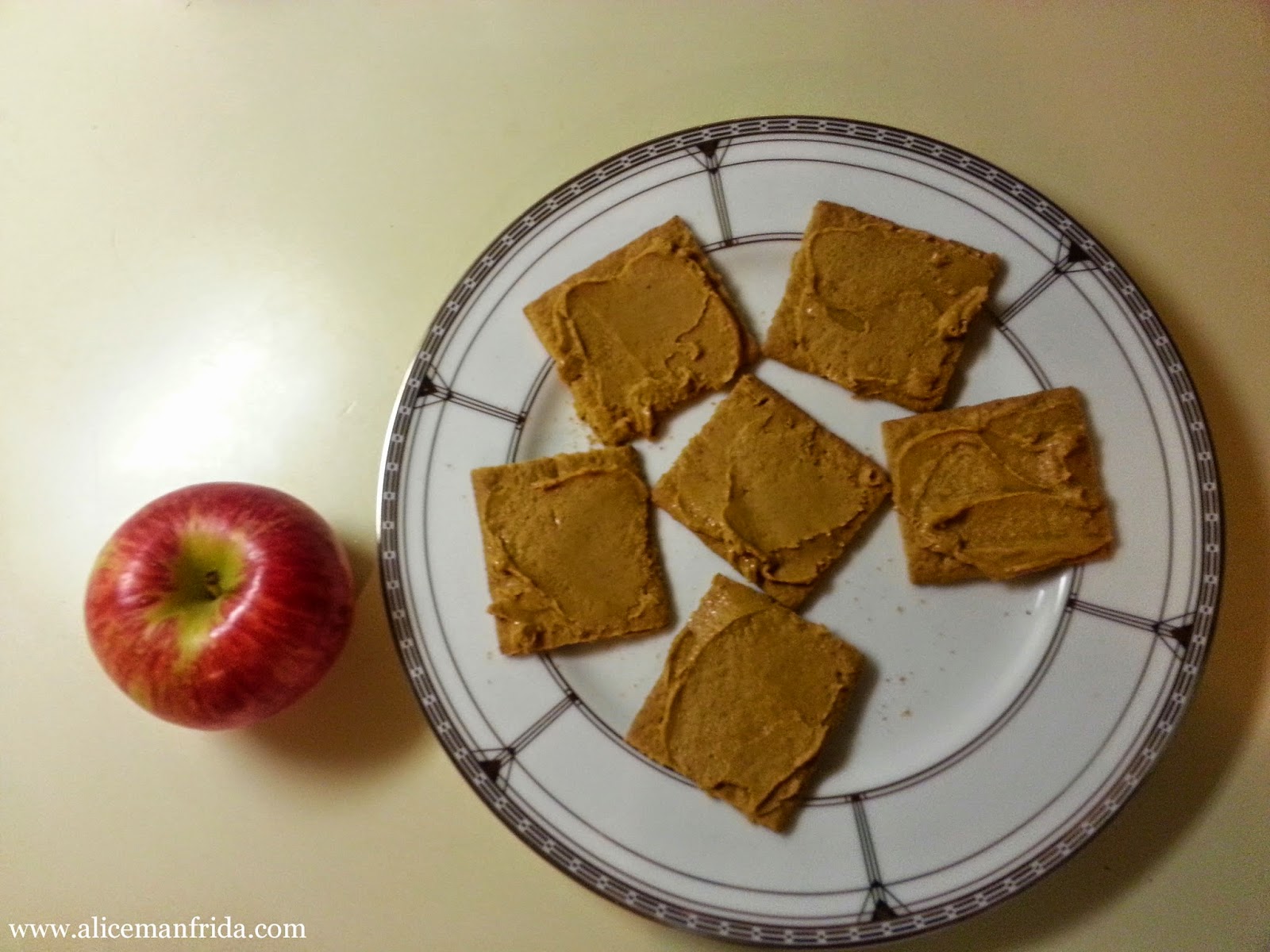 I ate an apple and graham crackers with peanut butter as a snack while I waiting for my groceries to be delivered.  I thought they'd be coming a little earlier than they did so I was waiting to cook until they showed up.  But then I was too hungry (obviously because of the coffee-breakfast). 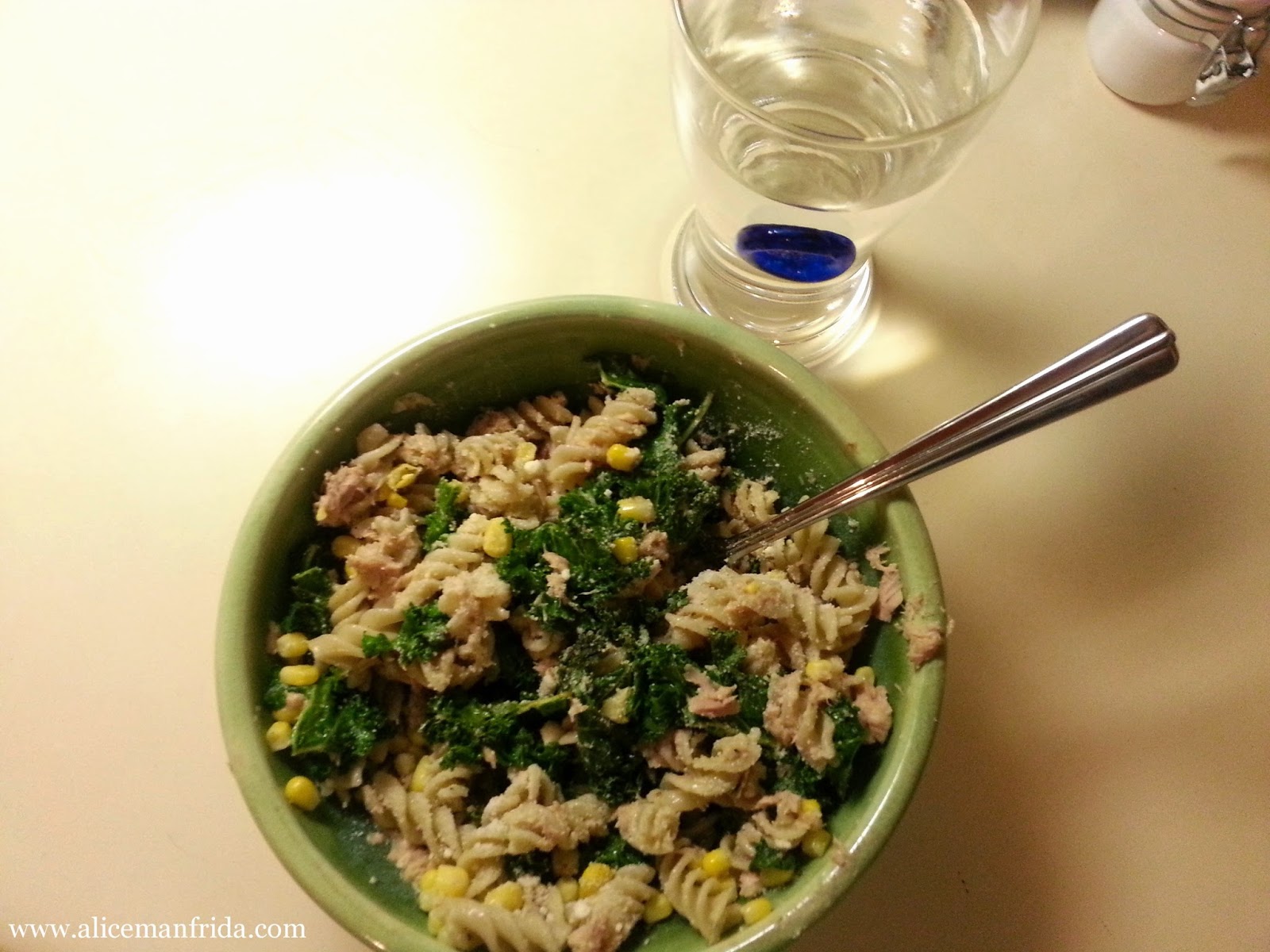 More pasta!  This was brown rice pasta though so I think it still counts as nutritional variety.  I added a can of tuna, kale and sweet corn to it with a some olive oil and some parmesan cheese.  It was big enough and late enough so I only had a cup of tea later and no dessert.
Posted by Unknown at 12:49 PM