I eat tons of fresh vegetables, often raw, all summer long.  But in the colder months it can be a little difficult to want anything other than steaming baked potatoes and hot chocolate.  I tend to gravitate towards things that can be consumed out of a mug while I'm wrapped in a blanket on the couch.  Obviously, that's not always the healthiest option.  Ha ha! 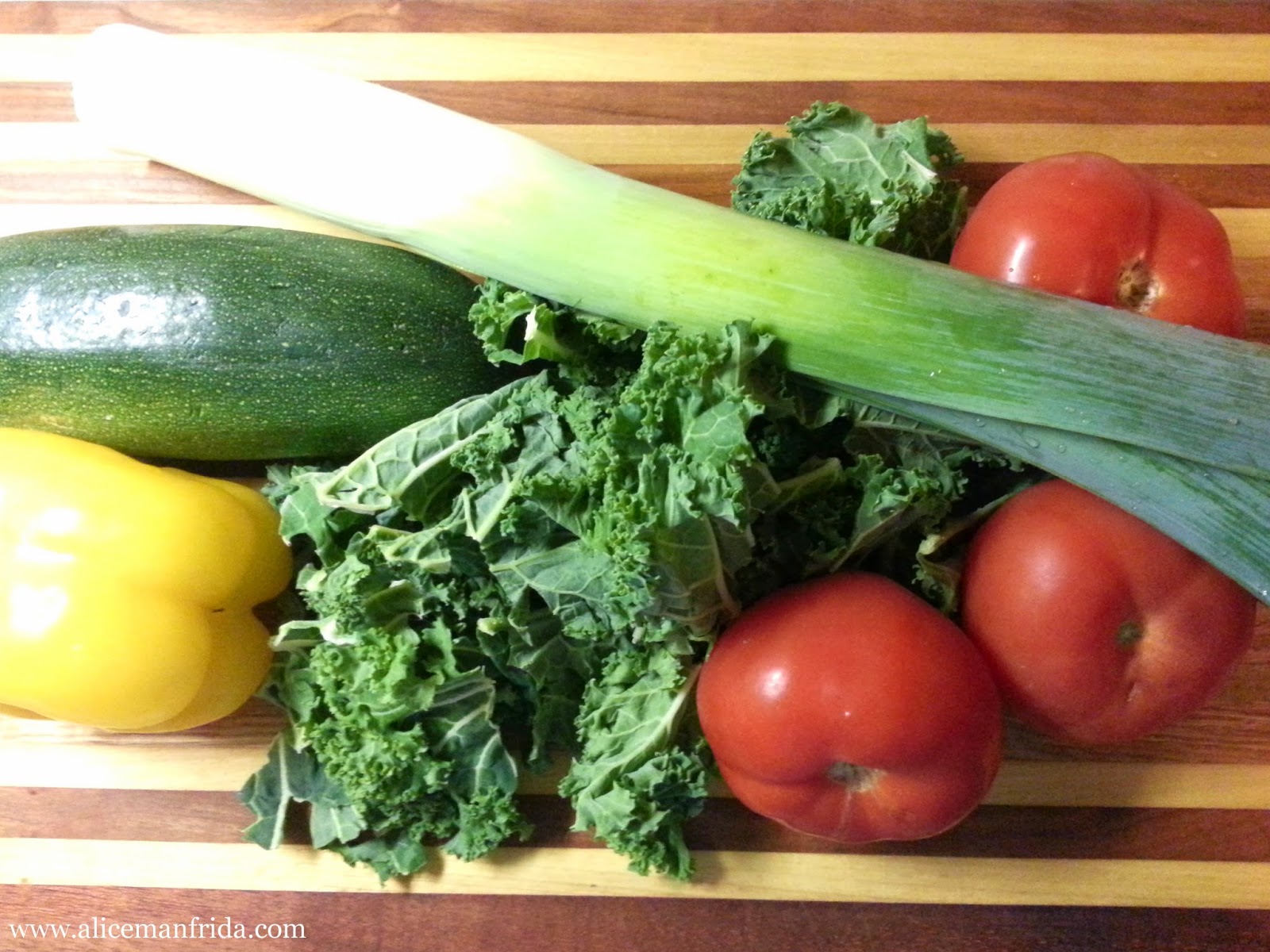 We eat a decent amount of jarred tomato sauce in our house.  I almost always add something to it.  Onions, fresh tomatoes, green beans and peas are my standards.  But this time I started with the veggies because I had lots of them. 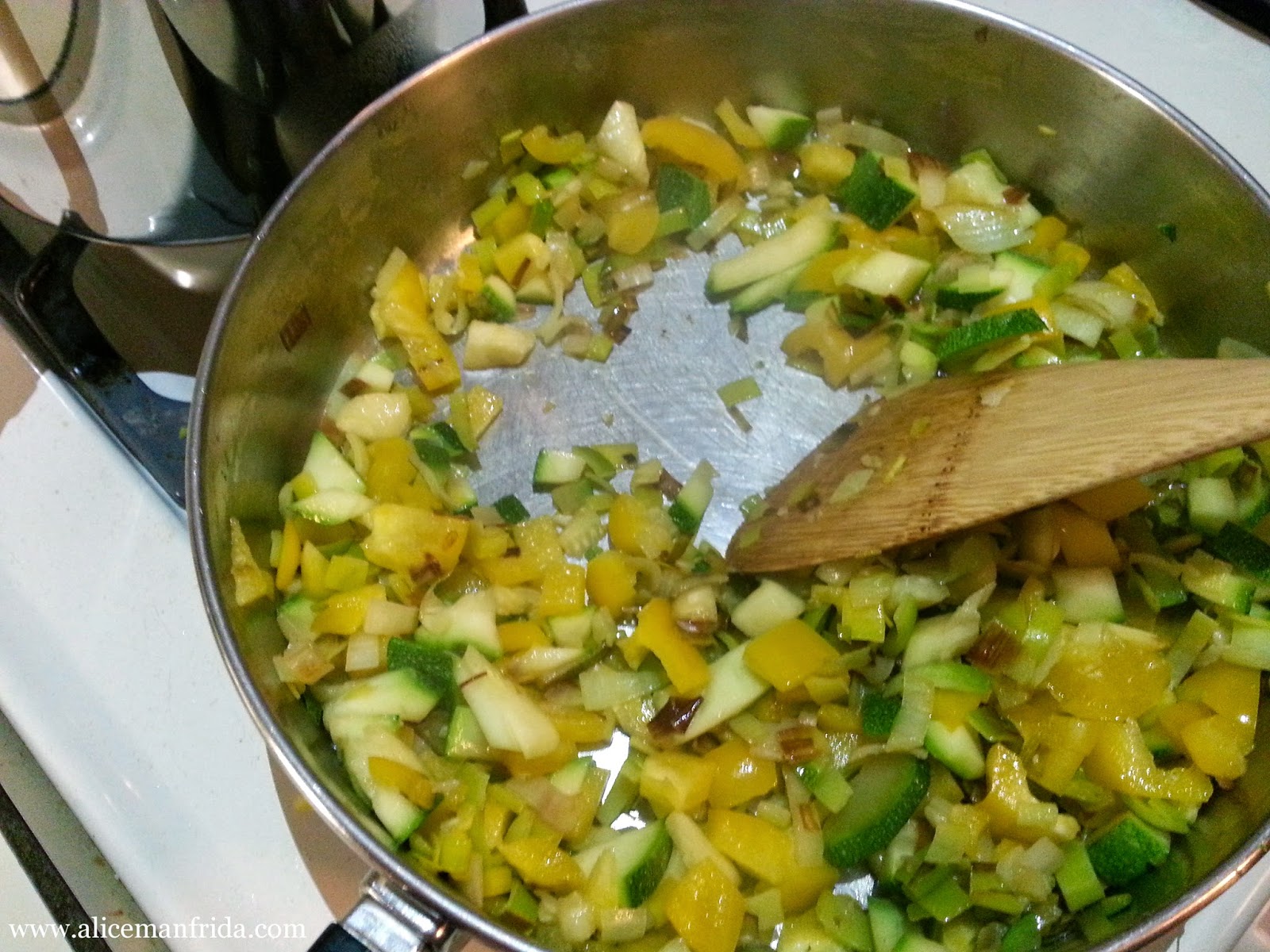 I chopped up an entire leek and while that was cooking in some olive oil, I chopped up a yellow pepper and half of a zucchini.  I kept the pieces pretty small because this is sauce and I wanted everything to get mushy quickly. 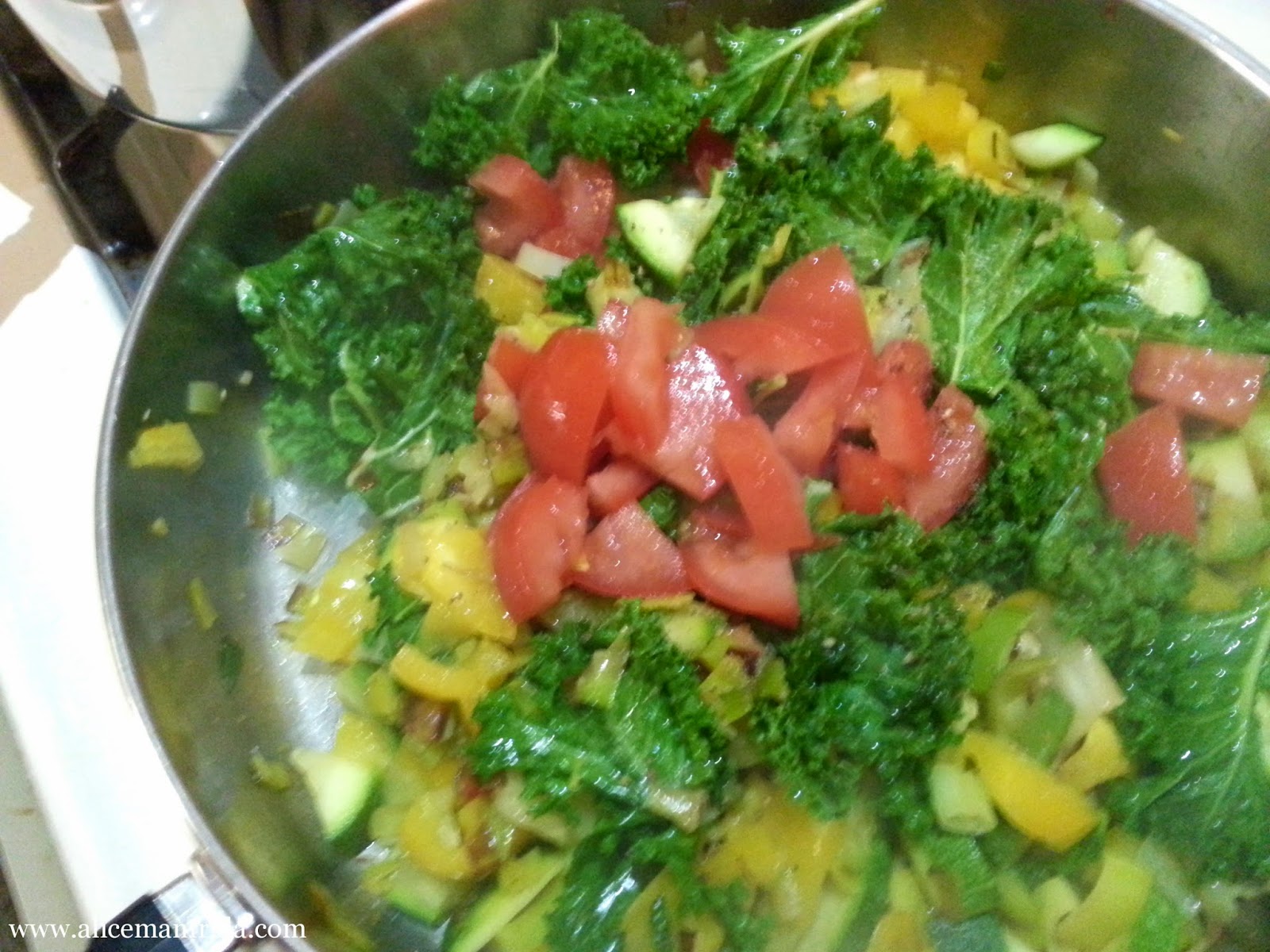 Once all of that cooked down I added kale and tomatoes.  I would've added the tomatoes sooner but I was cooking and taking pictures and chopping at the same time and I didn't think it through.  Honestly, chopping vegetables is easy but it can take a long time if you've got a lot to chop and I'm pretty sure that's why jarred sauce was invented.  If you read my Weekly Food Prep post from a few months ago, then you'll know that I try to keep some things pre-chopped in the fridge, like the kale. 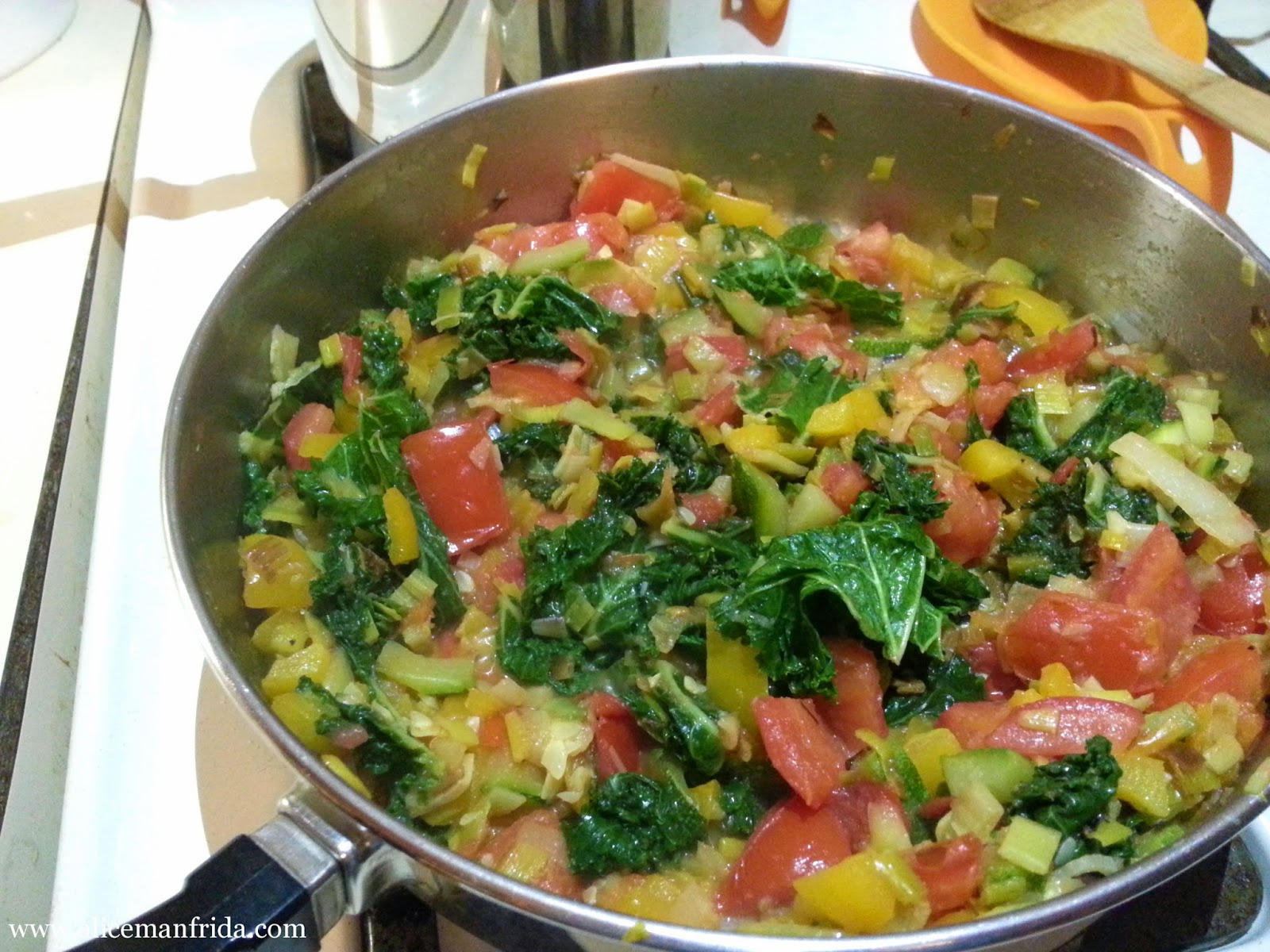 I let this cook way down (so it was more like sauce than the above picture shows).  Tomatoes and zucchini, and any other veggie that has a lot of water in it, will make the mixture wet so, the more of those kinds of things you include, the more like sauce it will be.  This is really good to put over pasta.  You can also add meat to it and if you need more you can always bulk it up with a little tomato sauce from a jar.
Posted by Unknown at 2:56 PM