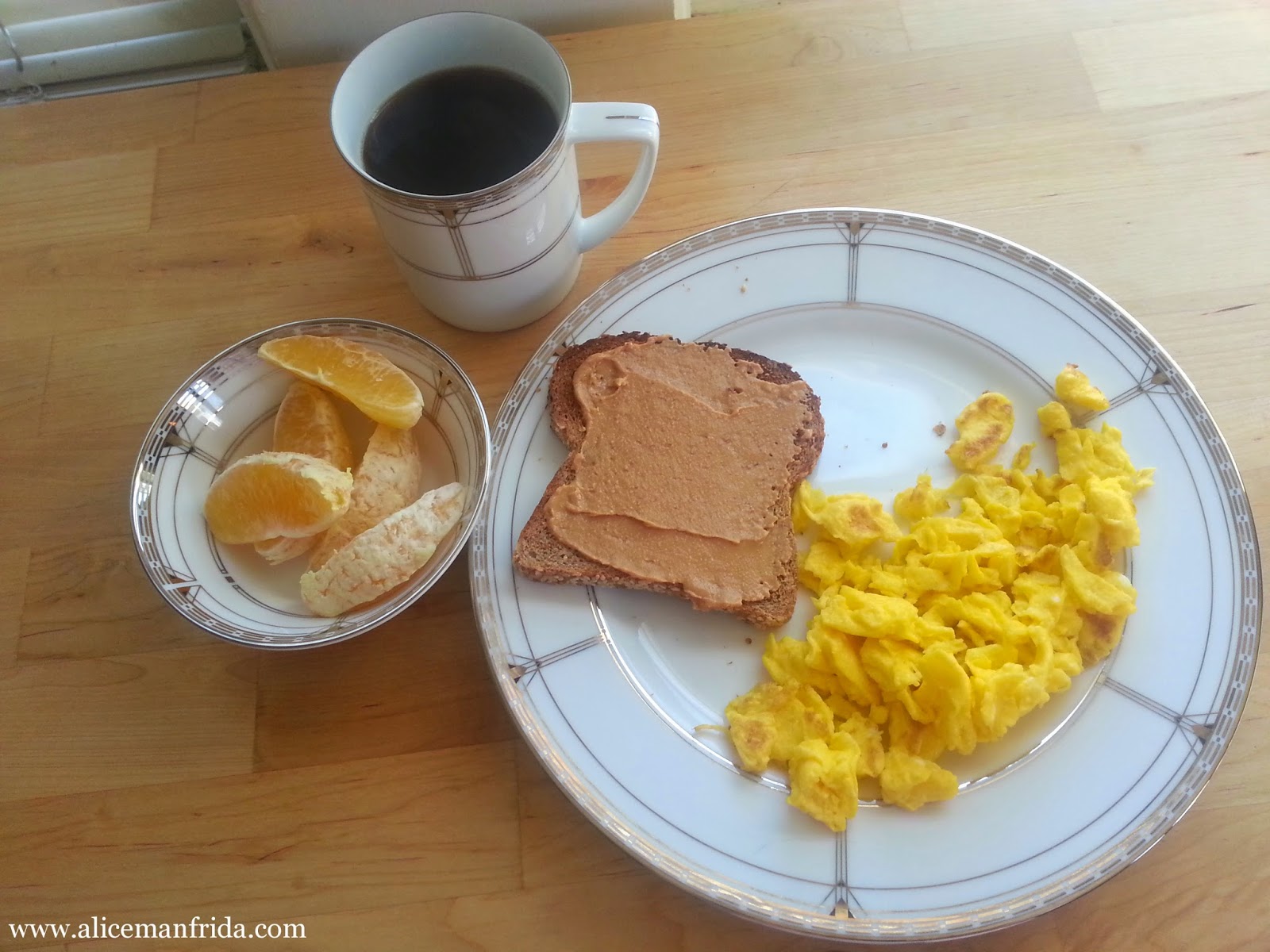 Before breakfast I drank an entire glass of water.  Then I had two scrambled eggs, a piece of toast with peanut butter and half of an orange.  I also had my usual cup of black coffee. 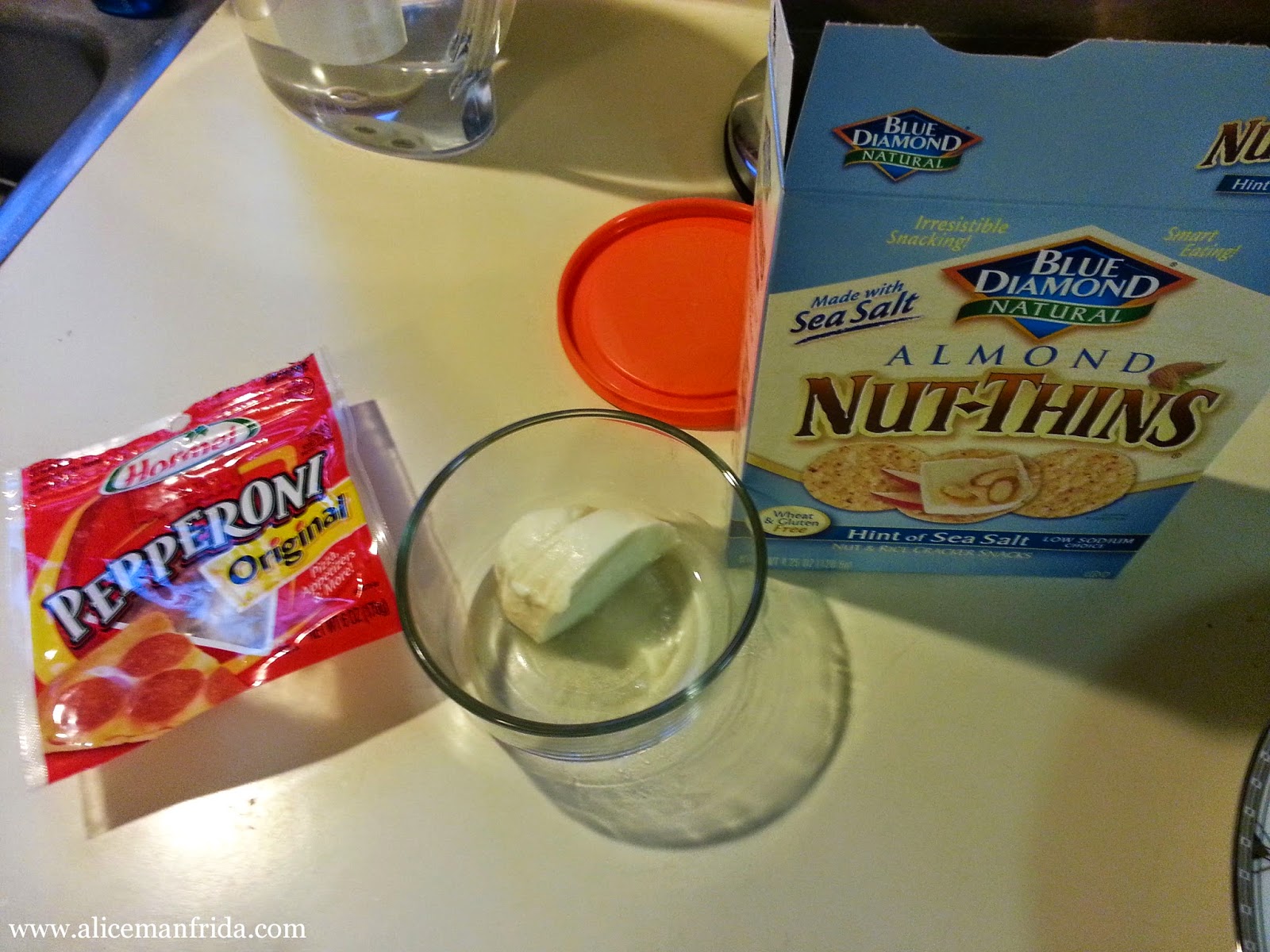 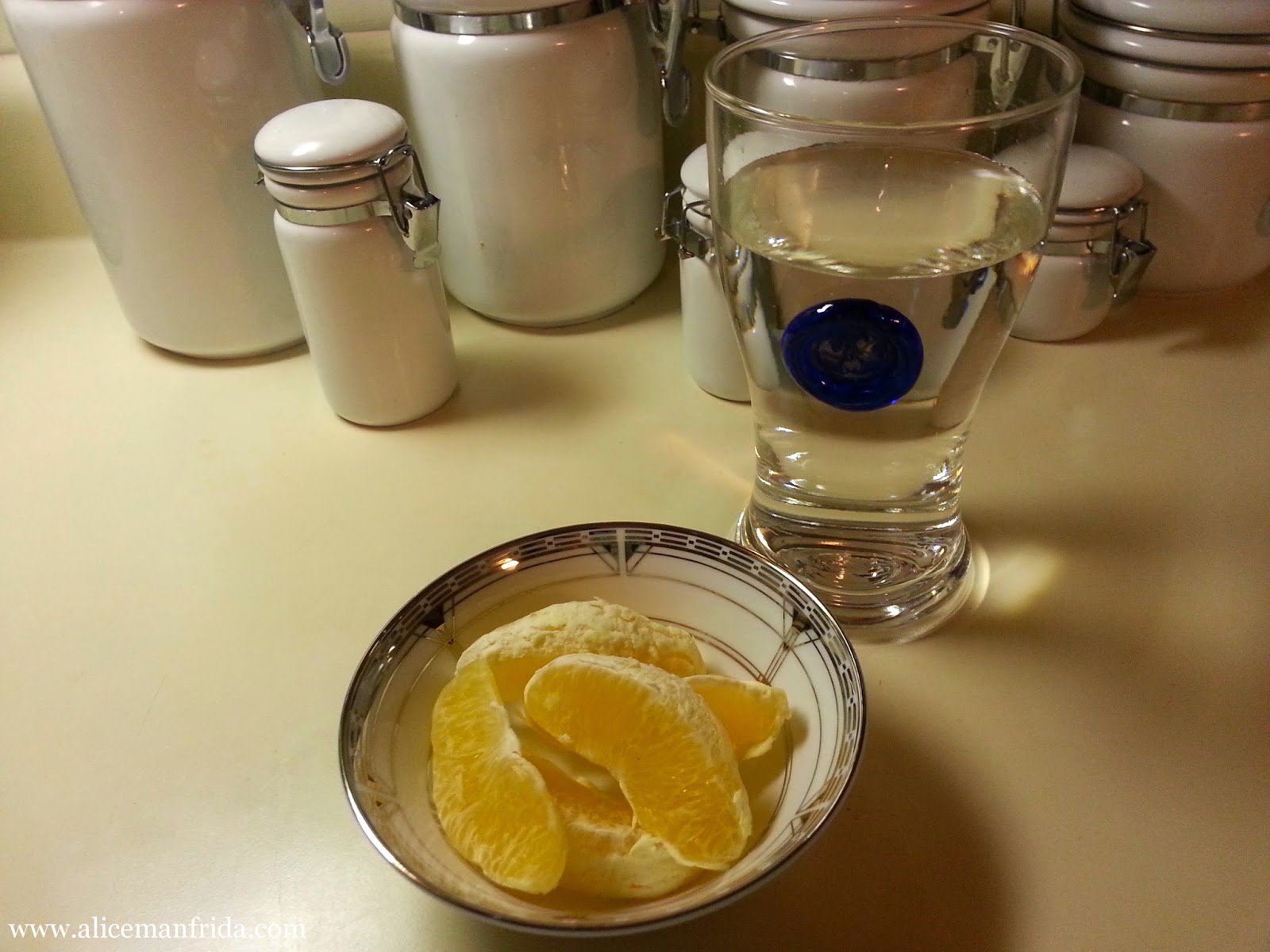 This was a weird lunch but I was busy doing a million things and kind of forgot to eat until I was really hungry.  But then it was 4pm so I just went for crackers, pepperoni and cheese.  Then I had another glass of water and the other half of the orange that I had started at breakfast. 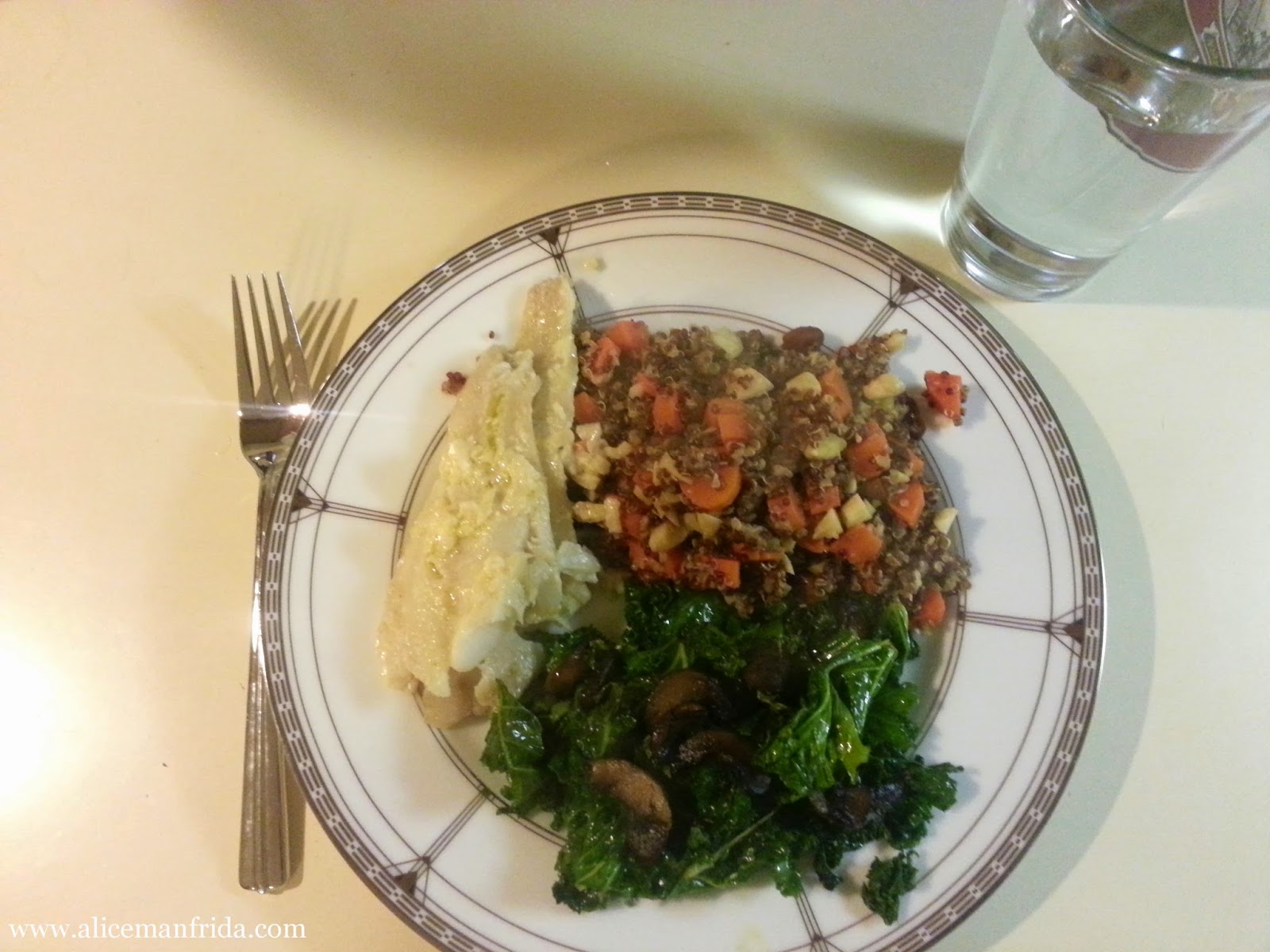 For supper I had fish, which was cooked with lemon and garlic.  I made quinoa with chopped almonds and carrots in it.  I cooked it in part chicken stock and part water.  I also had kale and mushrooms and another glass of water.  For dessert Steve and I split the last three chocolate chip cookies that were in the freezer.  I forgot I was taking Tasty Tuesday pictures at that point though so I can only tell you about them.  They were good.  :)
Posted by Unknown at 11:30 PM