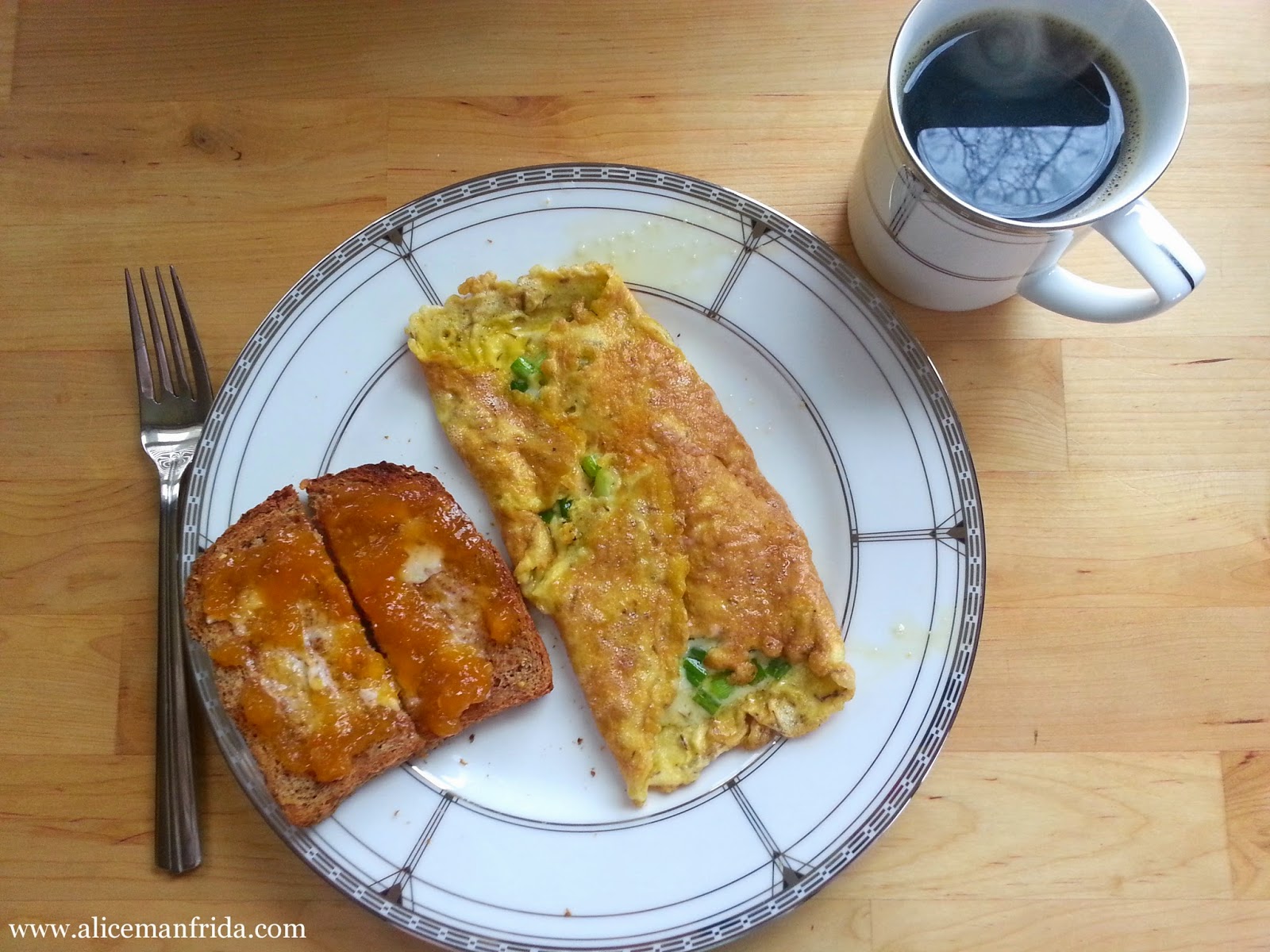 I've been making omelets lately.  This one was not my most beautiful but I've gotten pretty good at the tri-fold.  Ha ha!  I just mixed up the eggs with salt, pepper and some thyme in a bowl.  Then poured that into the pan with some olive oil.  Inside I put shredded cheddar cheese and chopped up green onions. I also had a piece of toast with butter and apricot jam...and of course my obligatory cup of black coffee. 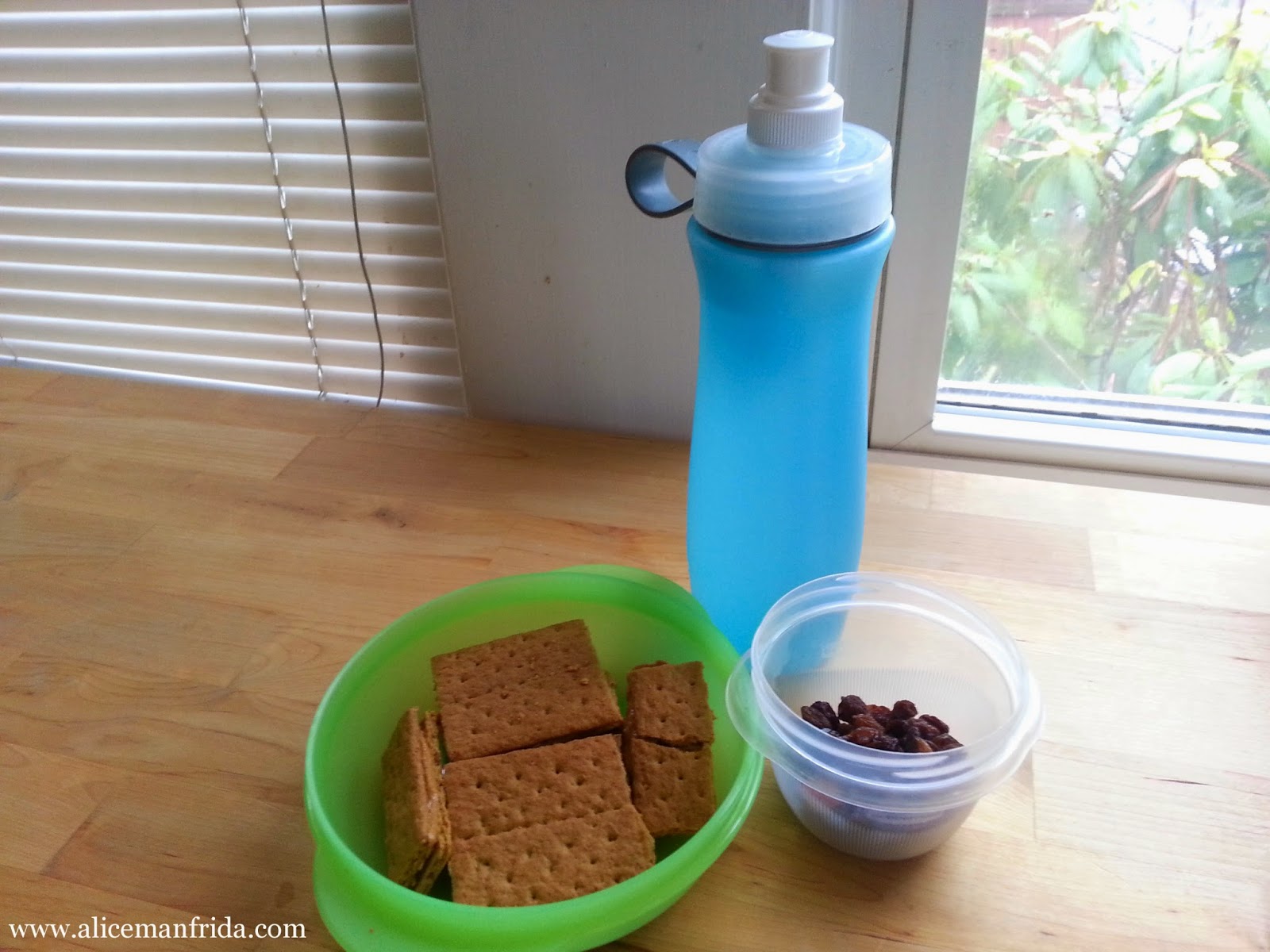 OK, this looks a little sad.  It's graham crackers and peanut butter and some raisins.  I also had my Brita water bottle, which has a filter.  Boston city water is obviously perfect but I'm paranoid and don't always trust that the pipes aren't crumbling in some of the old buildings so I drag this thing around with me all the time to refill throughout the day. 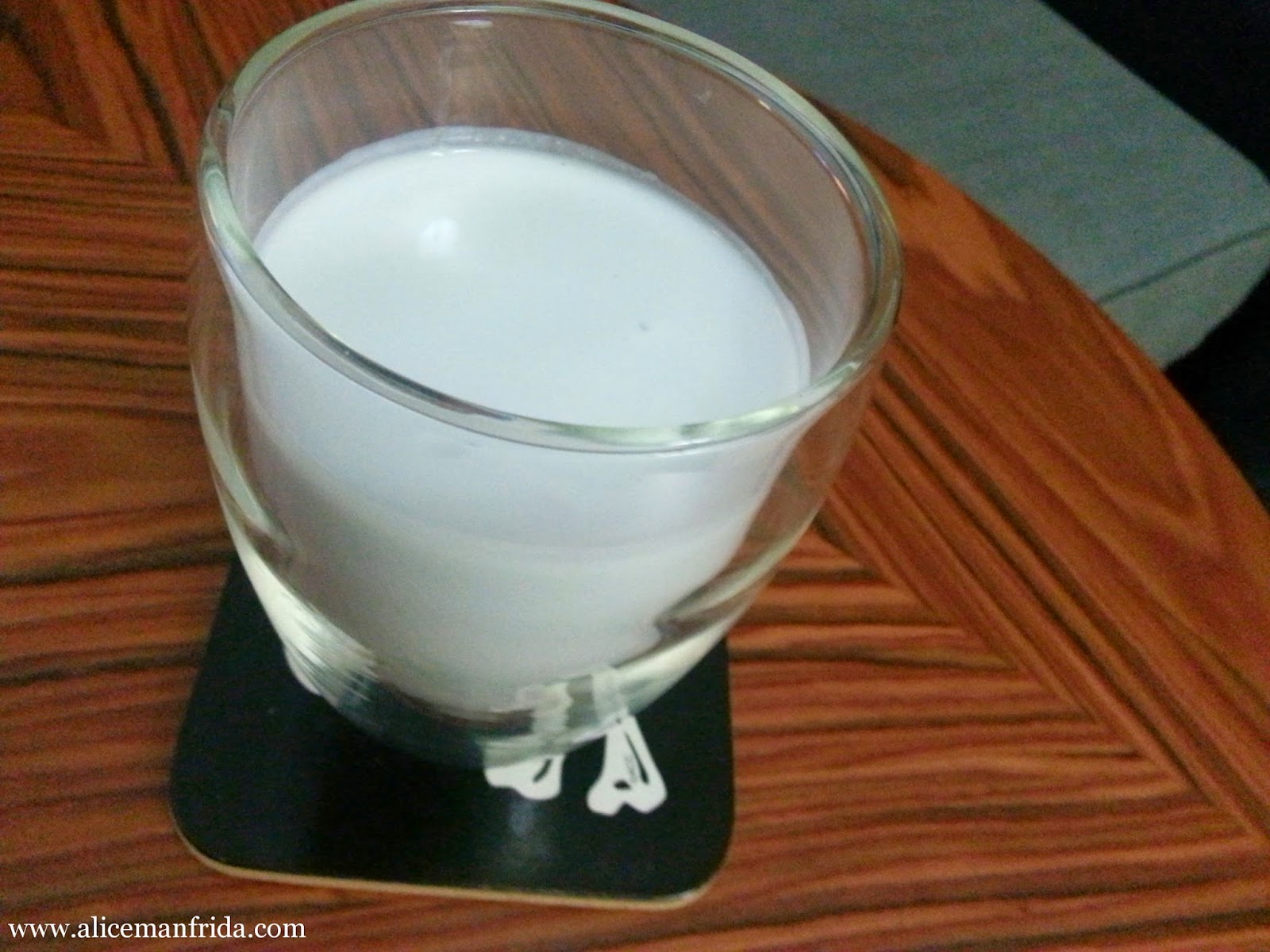 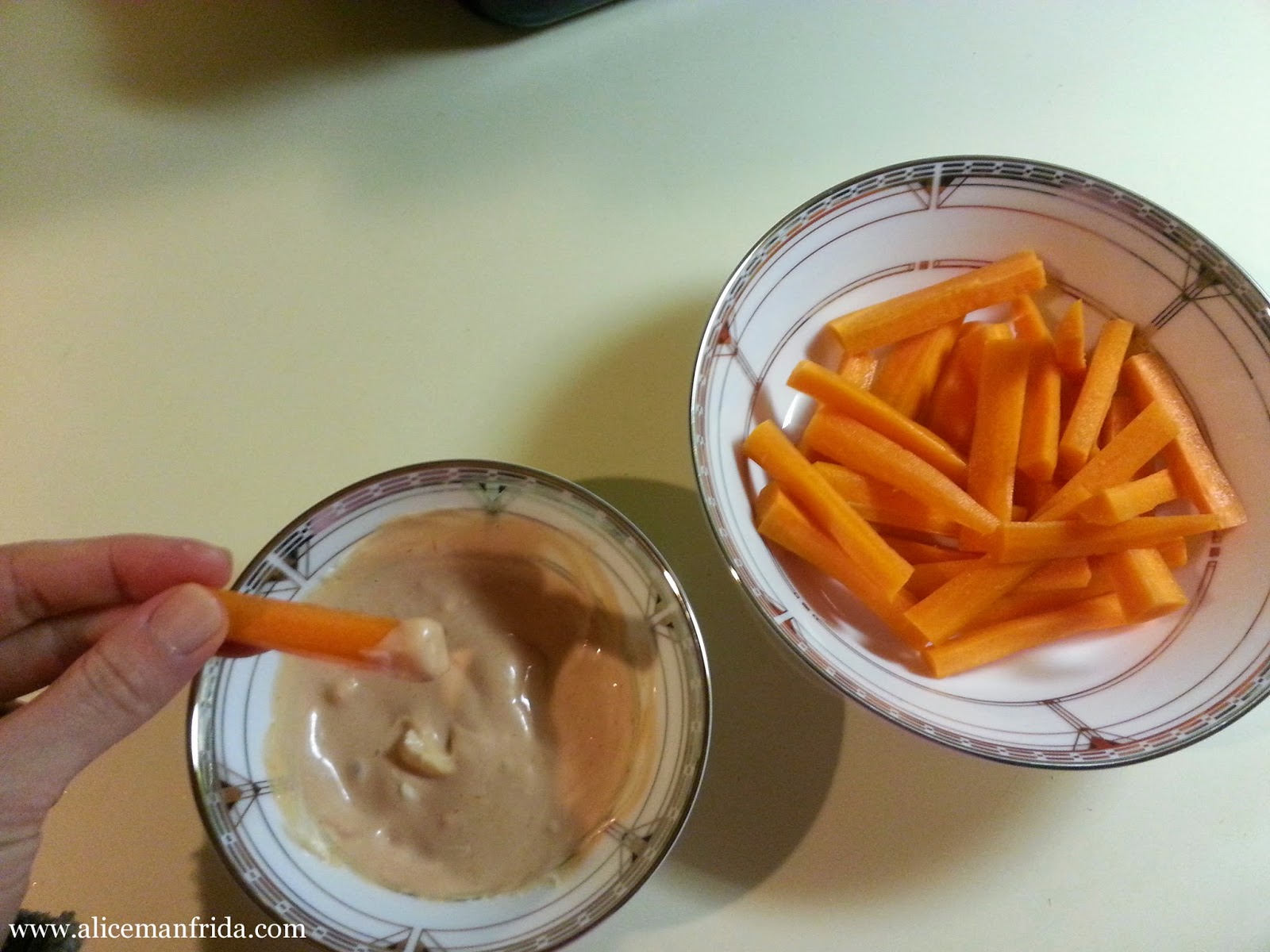 I had some blueberry flavored kefir when I got home and then had some raw carrots while I waited for supper to be done.  The dip is just a little ketchup and mayonnaise mixed together. 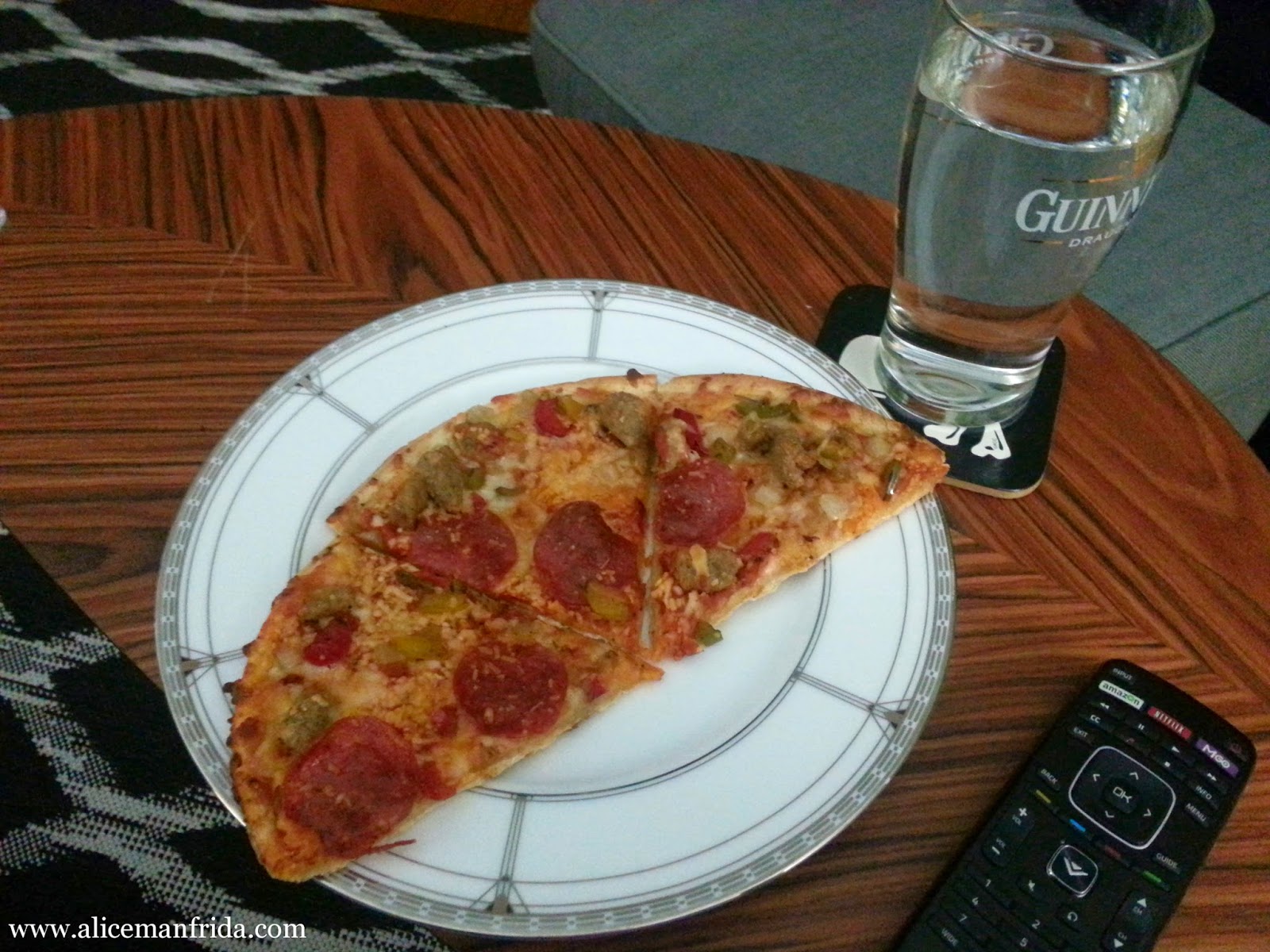 Pizza!  This was a supreme pizza but it only had pepperoni, sausage, and peppers on it.  It was thin crust and yummy, though.

For dessert I had some ice cream and I split a brownie with Steve.  No pictures because I forgot.  I washed all that down with another glass of water.