I have a tiny haul post for you today.  Steve and I went to the mall last week and I got two pairs of boots.  When we got home we found that the bedding we had ordered had been delivered.  It was kind of like early Christmas here!  Ha ha! 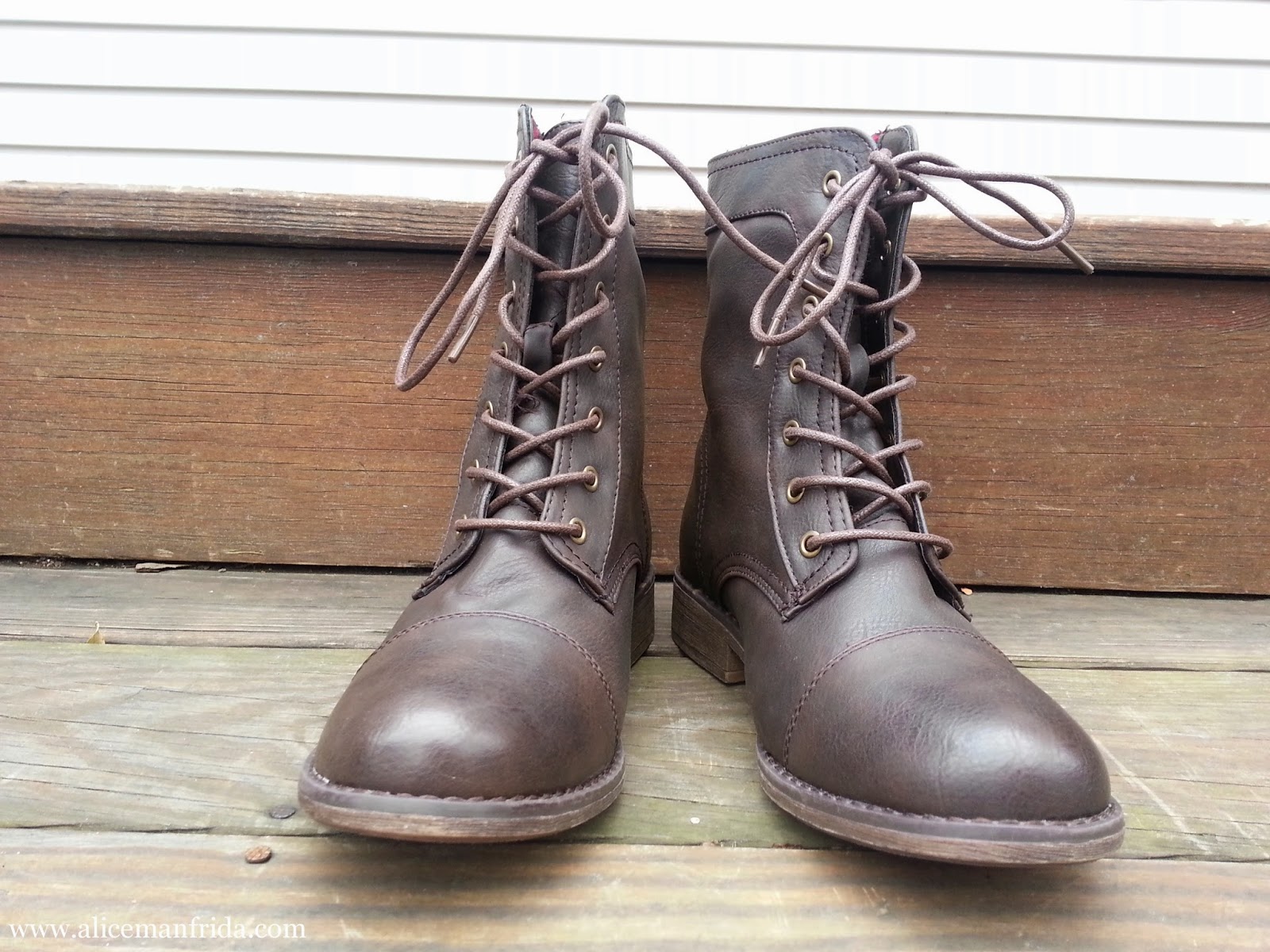 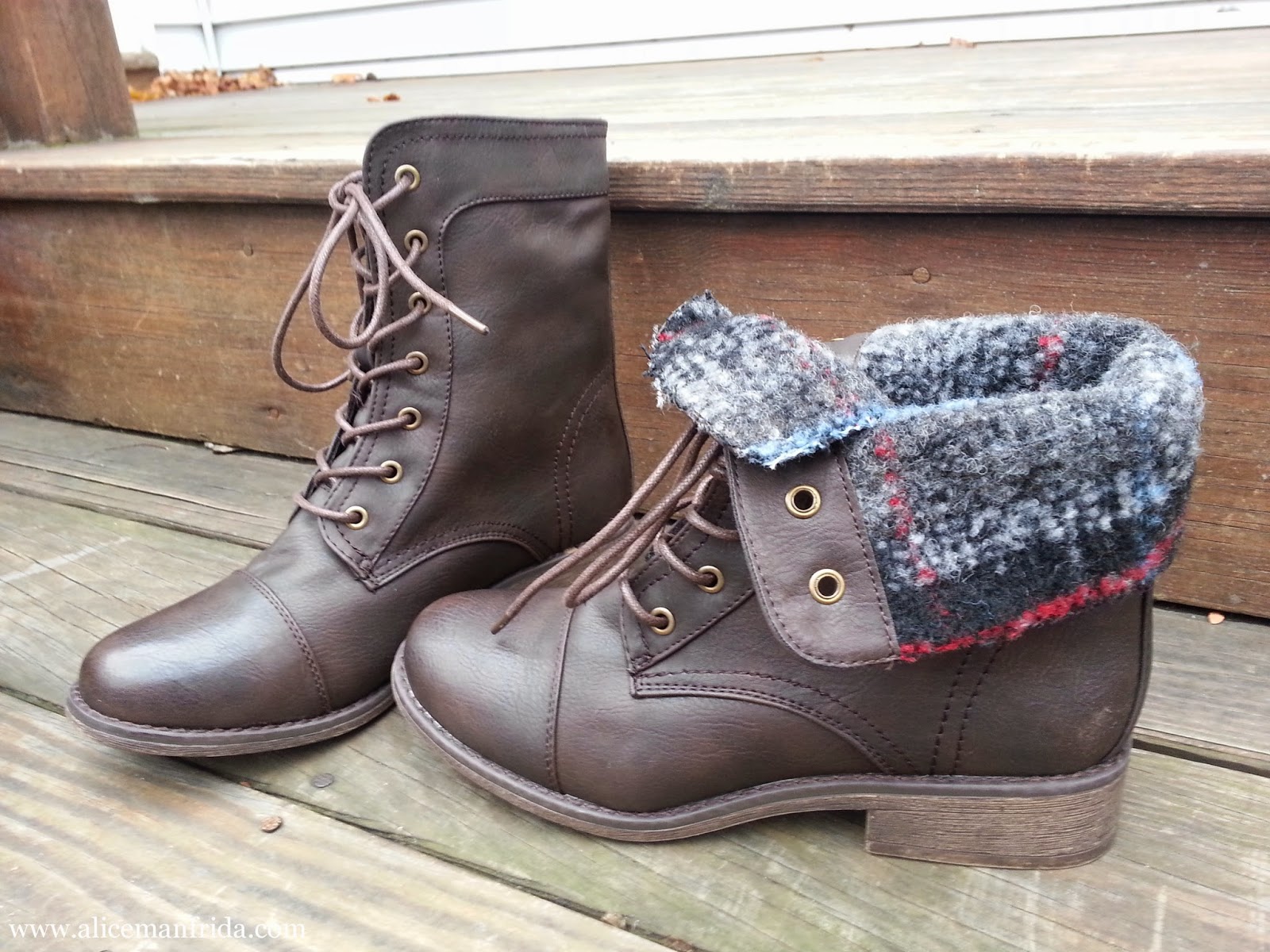 I already have two pairs of black knee-high boots so I really wanted some shorter brown ones.  These were a little bit taller than I was thinking but they are super comfortable and really nice.  They can be worn laced all the way up or the tops can be folded down a little to make them a little shorter and more casual.  The insides have kind of a fuzzy plaid fleece which is really nice because it makes them a little warmer.  I got them at Call It Spring, which is a store I've never heard of because I hardly ever go to the mall. 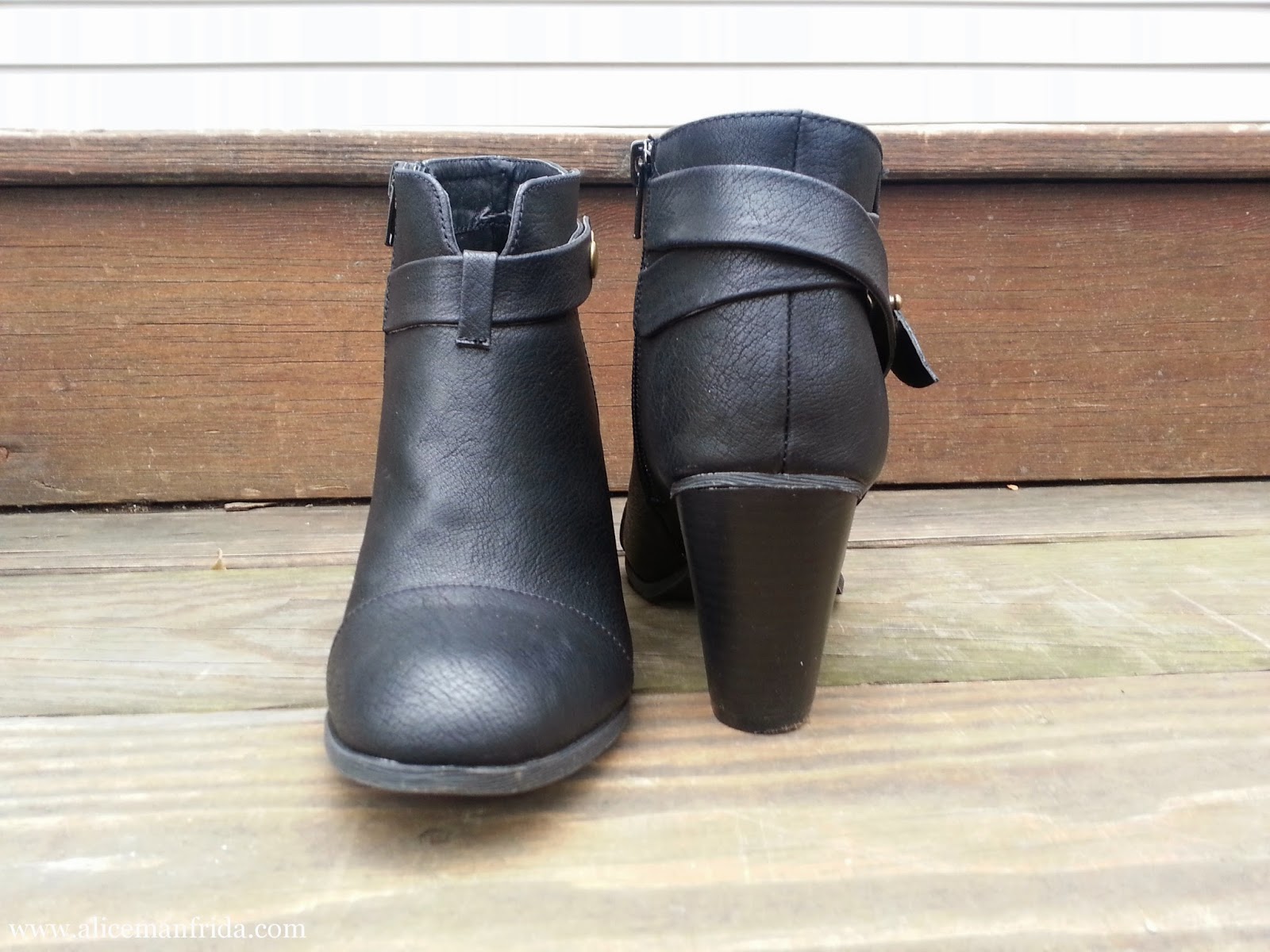 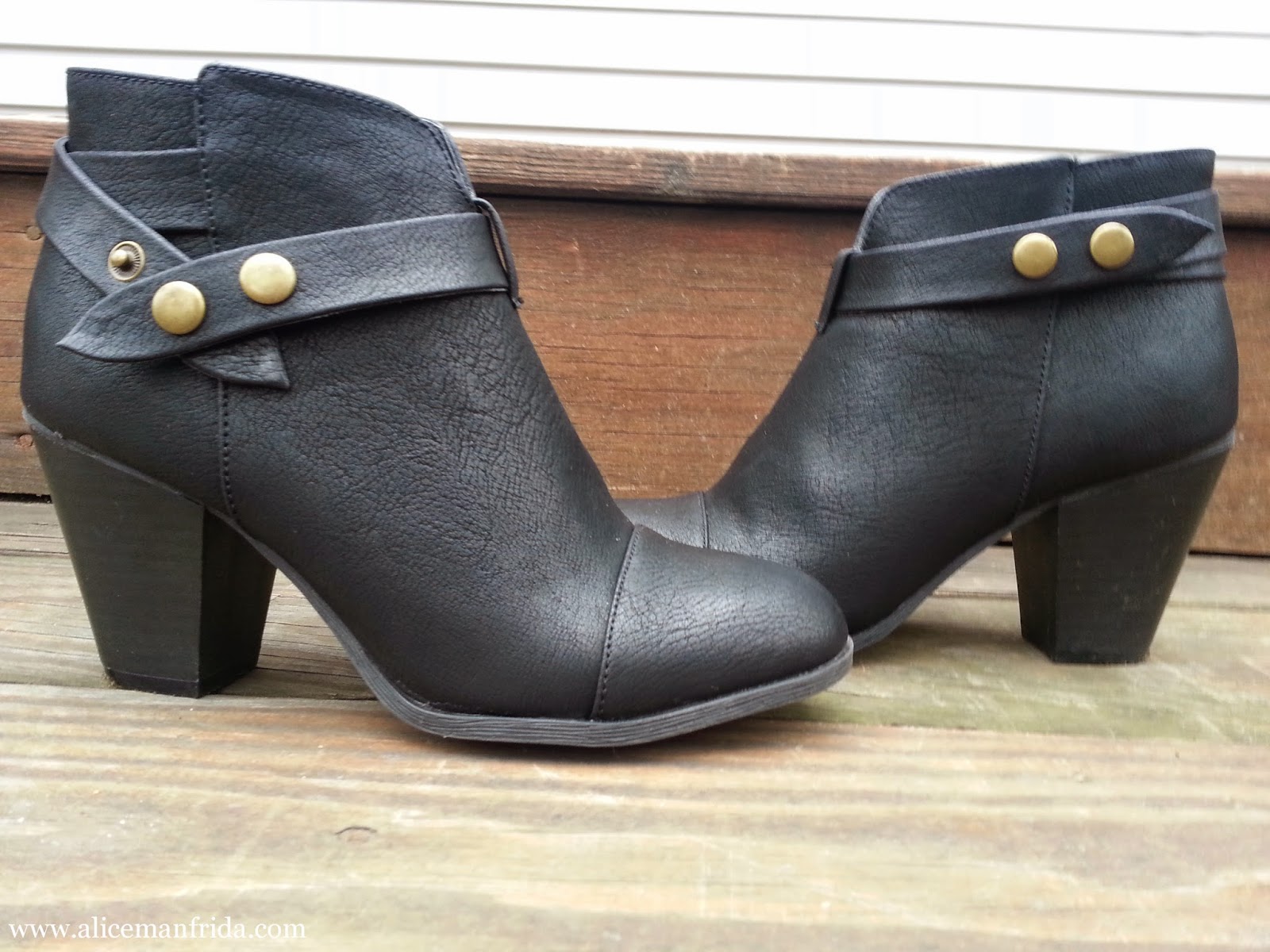 The second pair of boots I got were from Payless and they were on sale for 50% off!  They are black booties with a little cutout in the front and brassy gold snaps on the strap around the ankle.  The snaps are functional and I discovered that you can style them two different ways.  The heel is chunky and not too high so they are very comfortable.  I thought they were cute and then realized they were the American Eagle brand that Payless carries.  That brand does the most comfortable shoes.  I have had a few different styles of flats from the brand and was able to wear them into the ground but only after years of use. 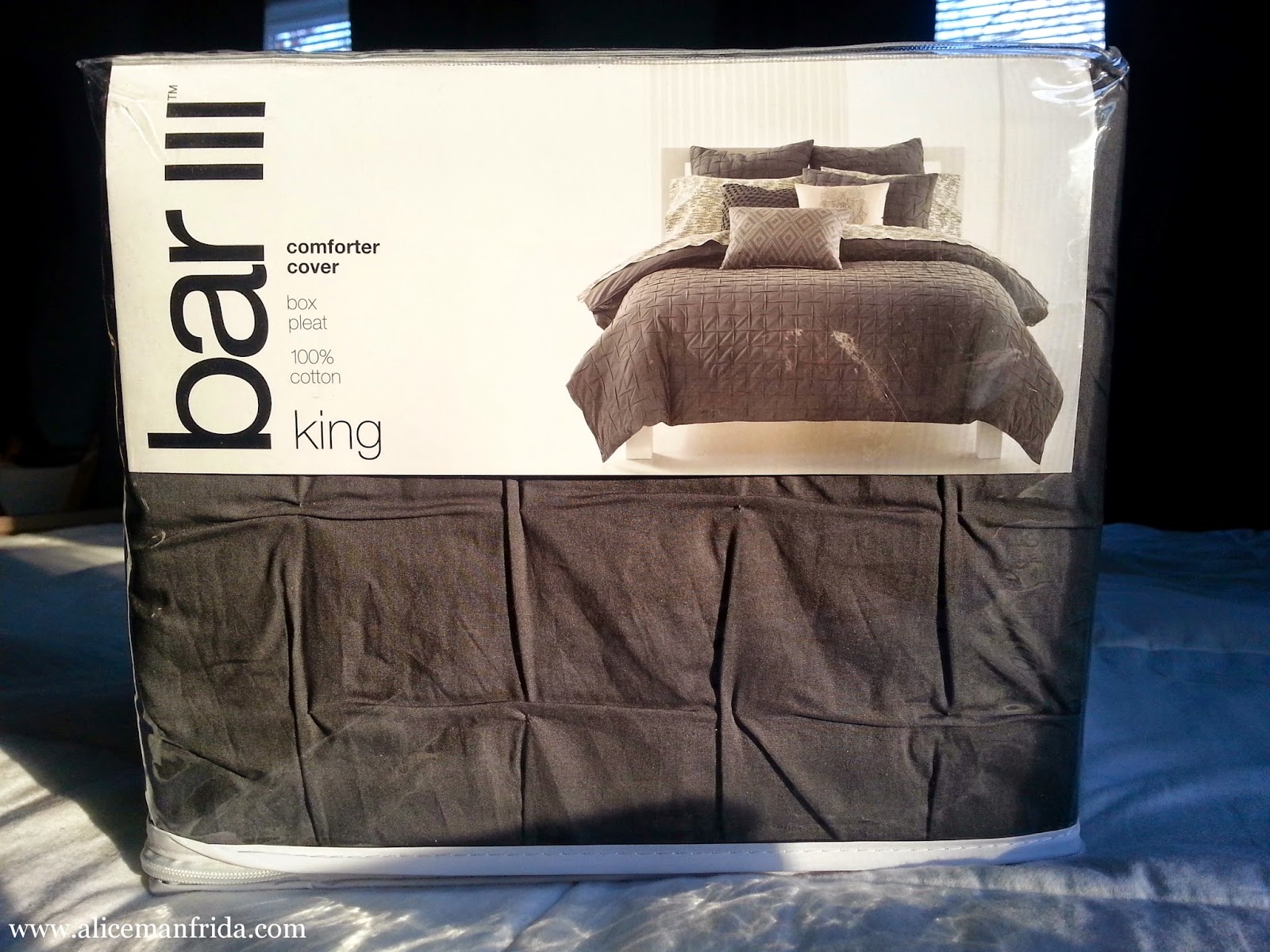 While cleaning my desk recently, I discovered a $50 gift card to Macy's, which, to be honest, was probably leftover from our wedding over a year ago.  Anyway, it was perfect timing because at this point we've bought all of the furniture that we need and have moved on to the smaller decor kind of stuff.  So we applied the gift card towards a duvet cover and pillow shams for our bed. 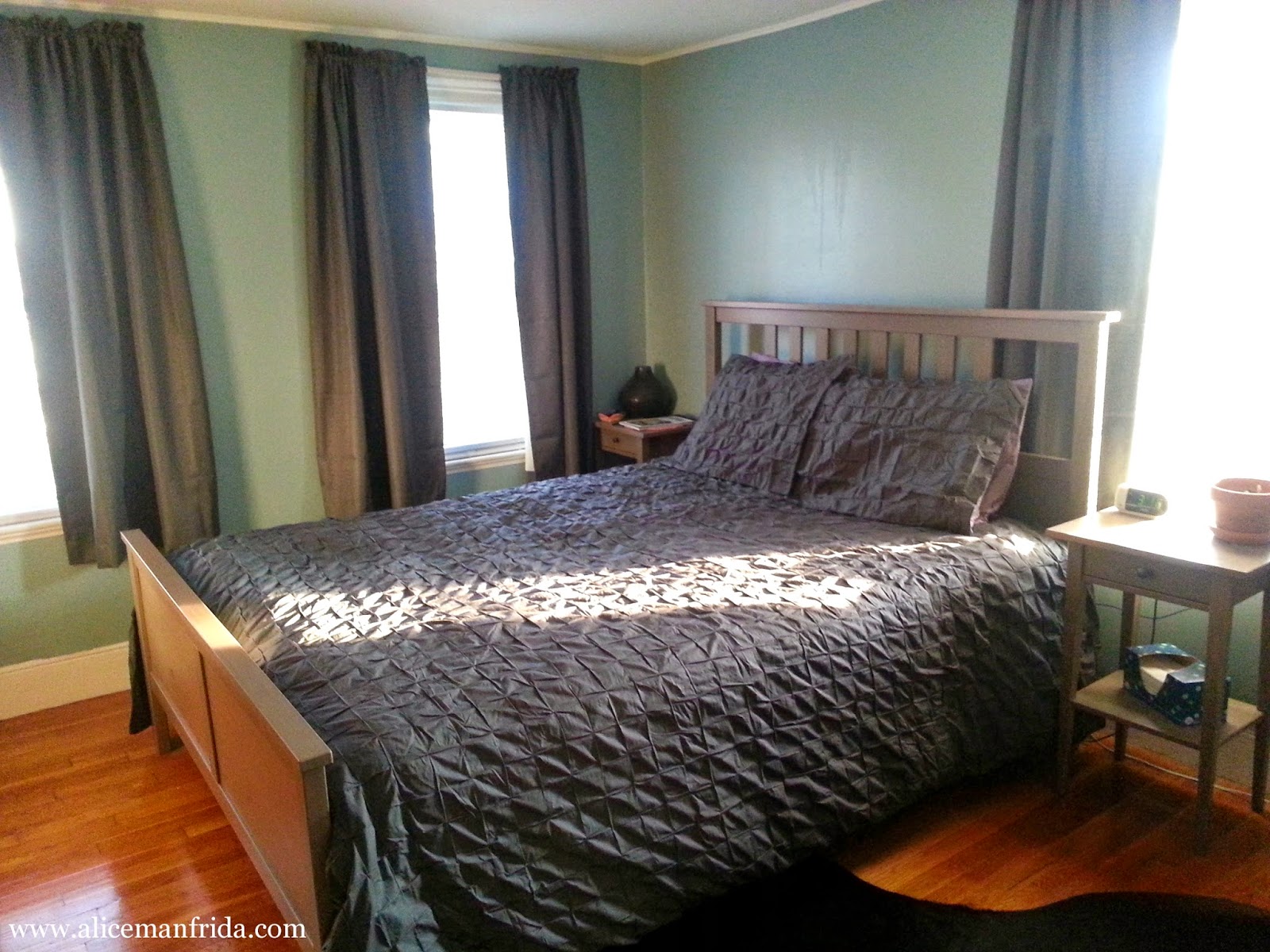 We have a queen sized bed but a king sized blanket.  Steve's mom had a extra plain white comforter so she gave that to us last winter, since we didn't have a real blanket.  We decided to just stick with a king because it hangs way down over the sides of the bed and keeps that all covered up.  It's also nice not to have to fight over the blanket when we're sleeping. :) 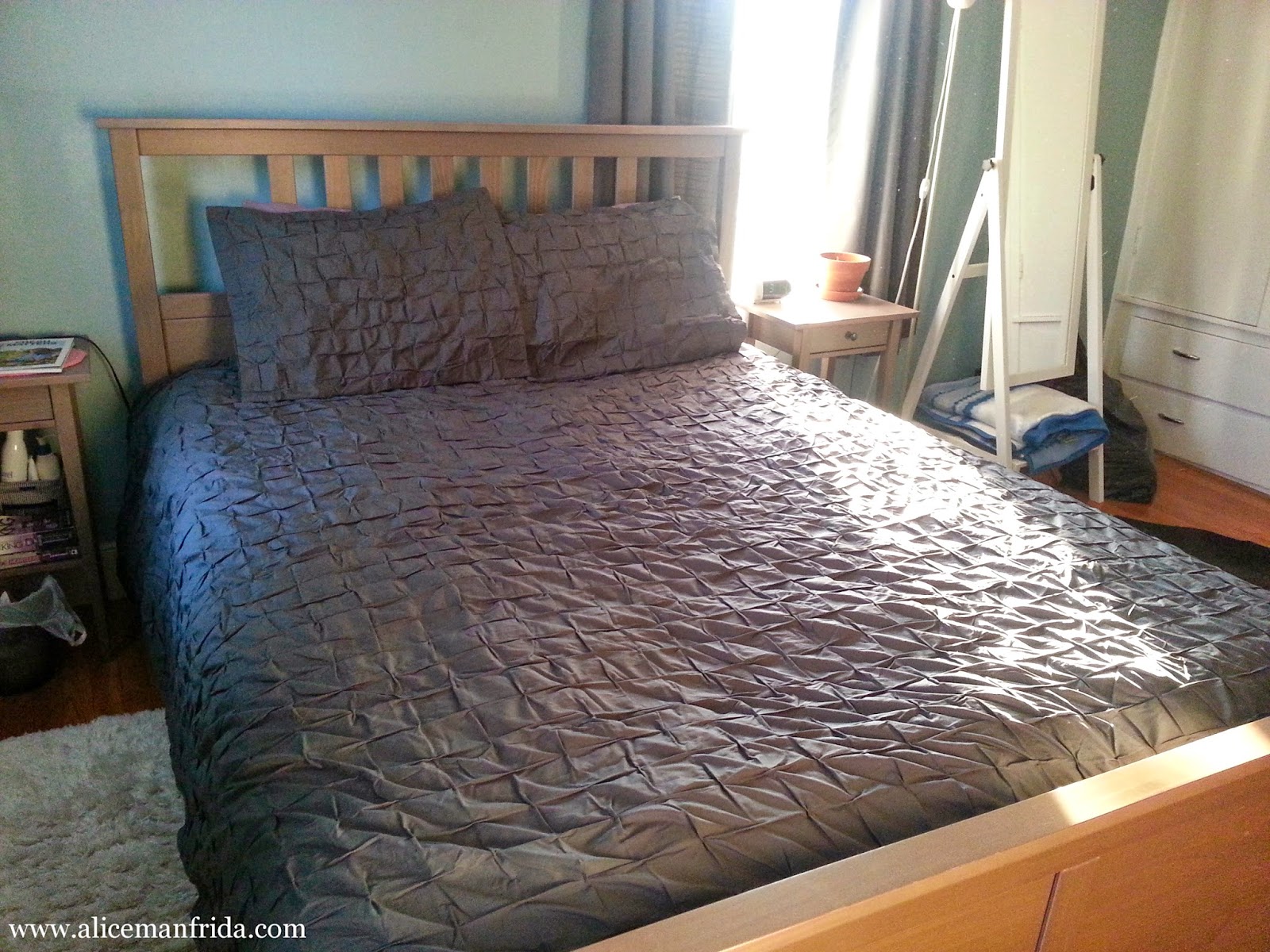 I love the texture this has.  Every time I go into our bedroom I just want to curl up on my pretty bed!  Ha ha ha!  Yup.  These are my thrills.  I just have the pillow shams draped over our pillows right now because we only have the four cheap pillows that we actually sleep with.  At some point we'll get some new pillows that are nice and don't flatten out after two nights of use.  When we do that I'll put a couple of the crappy old ones in the decorative shams.  :) 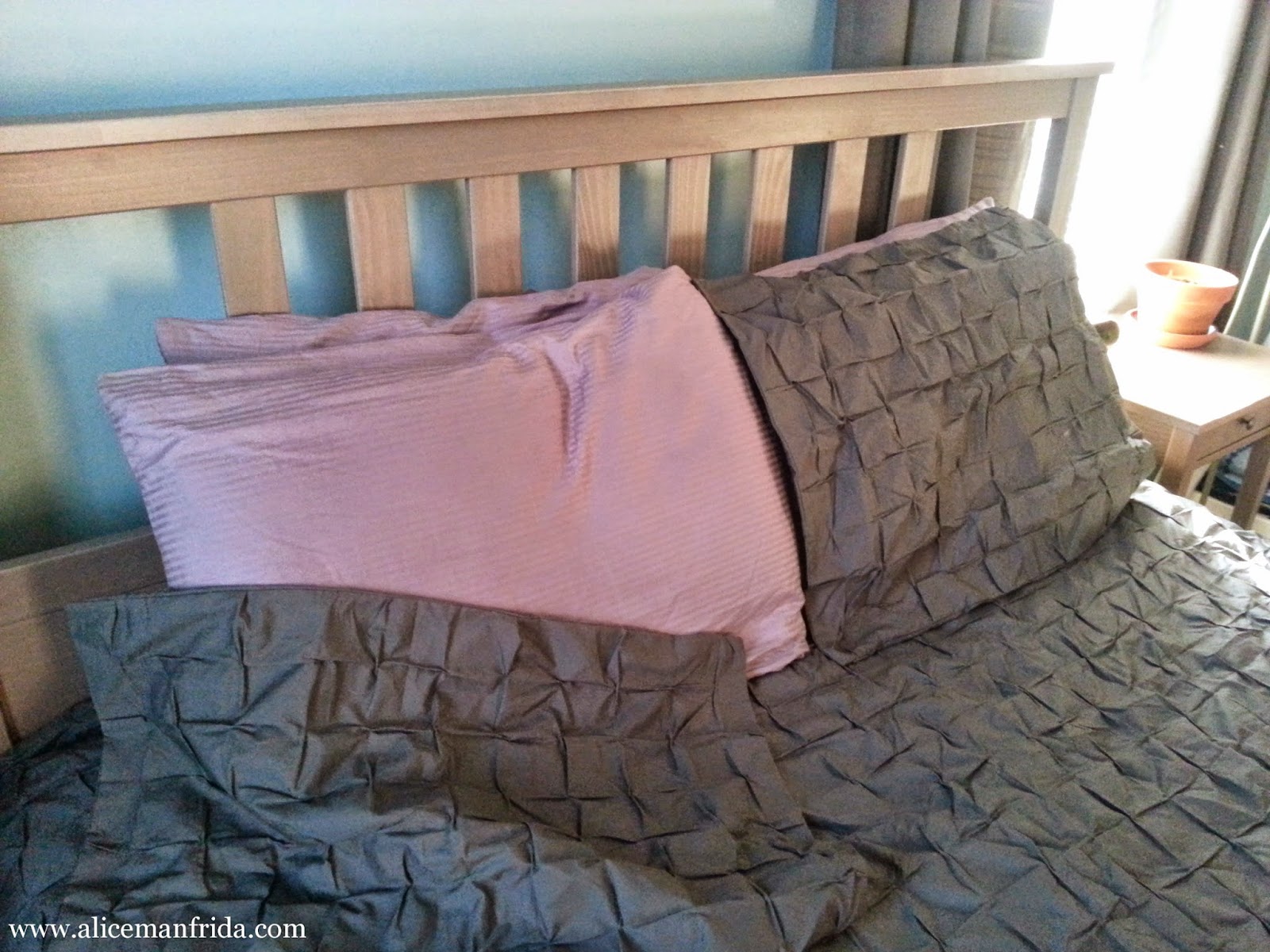 Our bedroom furniture is from Ikea and it's in the gray-brown color so it's pretty light.  Our sheets are a dusky purple and I think the dark gray duvet and curtains look nice with that.  We also have a black rug and a white rug.  There are kind of a lot of textures going on in the room, between the duvet, the furry rugs, the bumpy curtains, the wood grain furniture and the striped sheets but I think it makes it feel cozy and comfortable.  That's the point of a bedroom, isn't it?

Happy Thanksgiving to those of you in the United States!  I hope you're all enjoying lots of food with your families!  Whether you live here or don't, thank you all so much for reading!