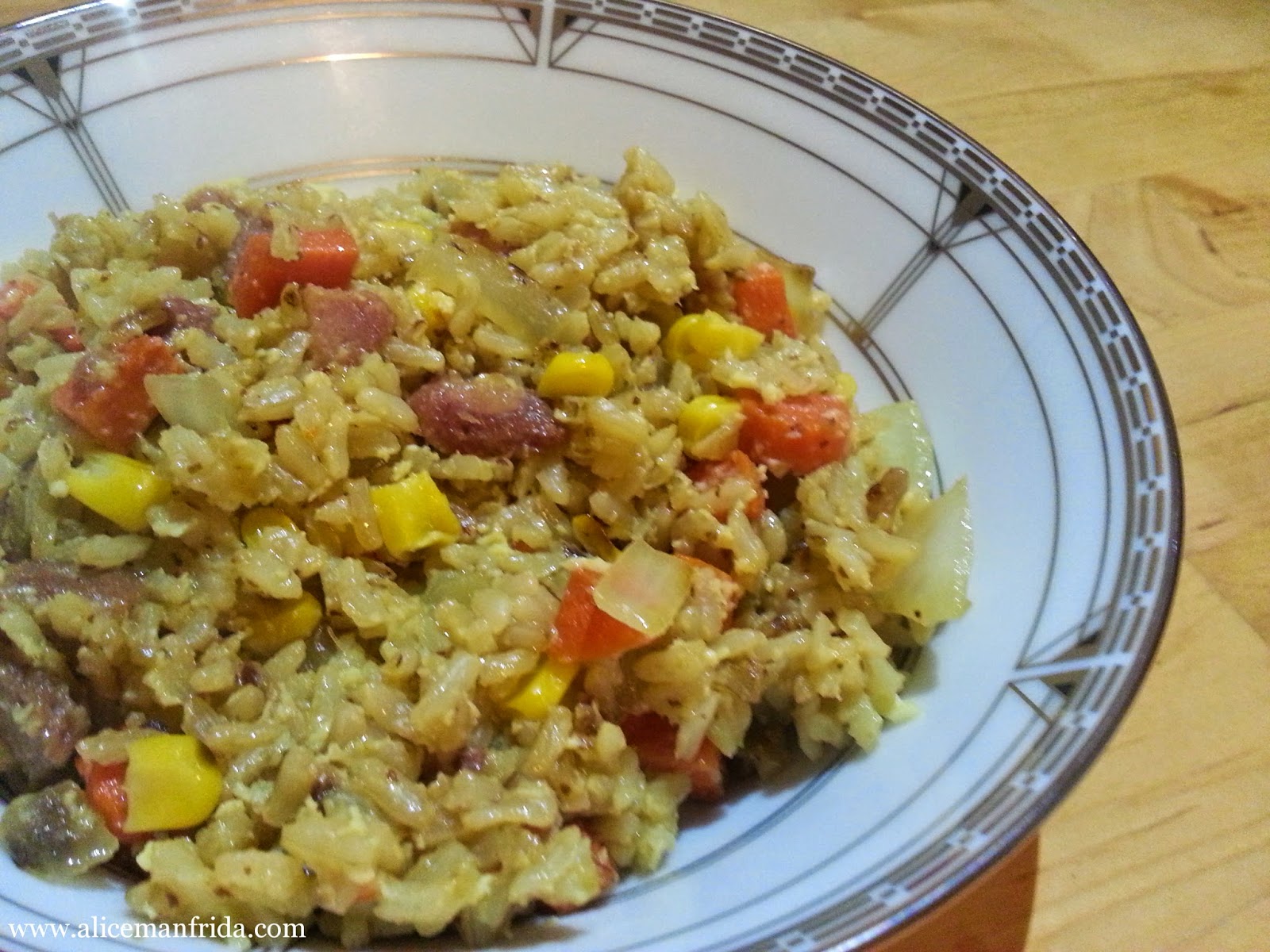 Last week we ate a LOT of ham.  My mom and her husband had brought us a gigantic hunk of frozen meat a few weeks ago.  Steve cooked it in the oven in a baking dish with a little water in it.  I think he just sort of did it until the meat thermometer said it was done.  I'm not sure because I wasn't home when he did it.  Then came the eating part.  We literally ate this thing every day for either lunch or dinner, and sometimes both, for the whole week.  That's how big it was!

We have been trying to make some bigger meals recently.  The idea is that some days we take a long time to cook and other days it's easy.  The ham was a pretty good experiment.  We ate it just as ham, we put it in an egg scramble to have breakfast for dinner, and I also made fried rice with it. 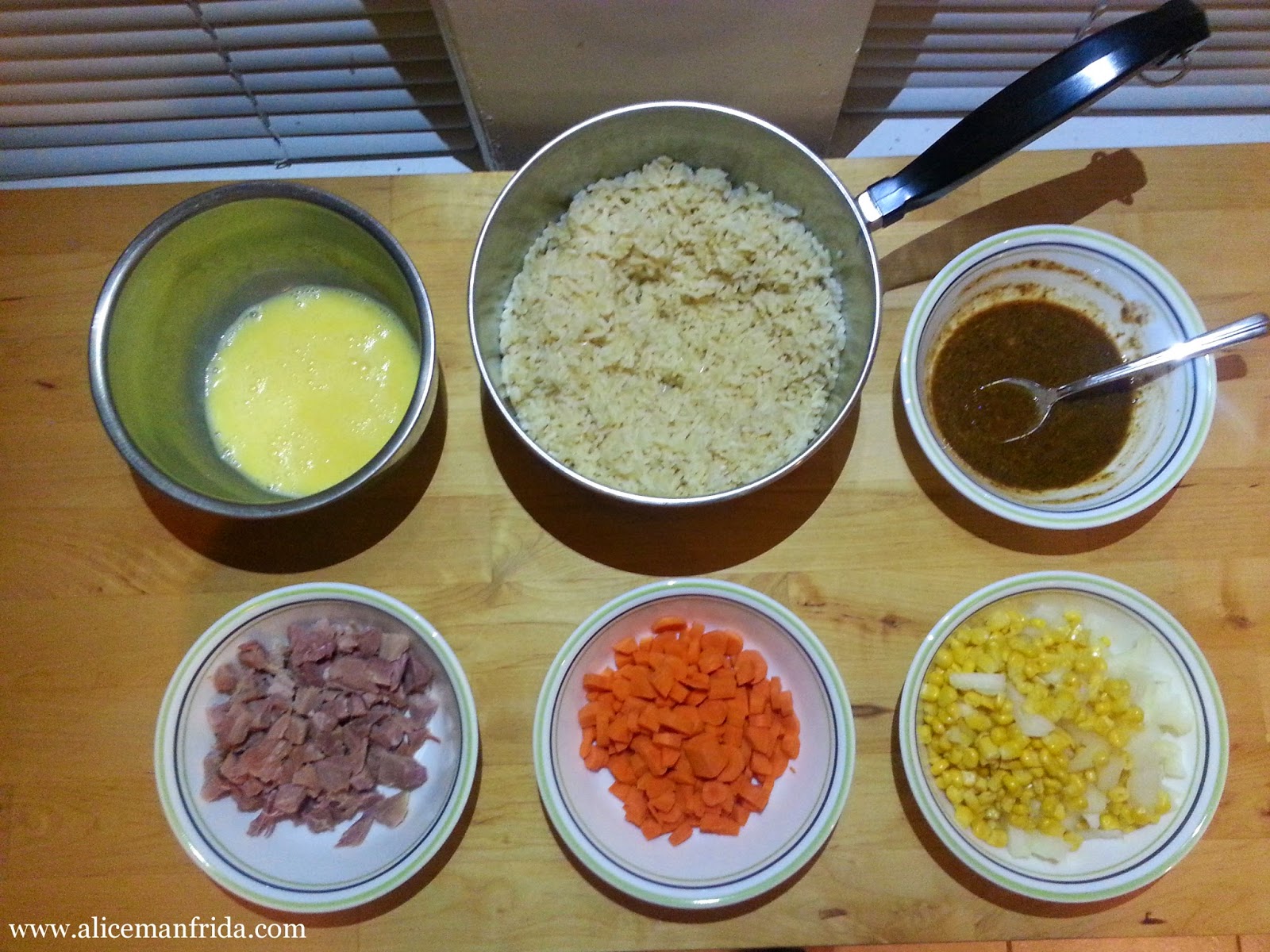 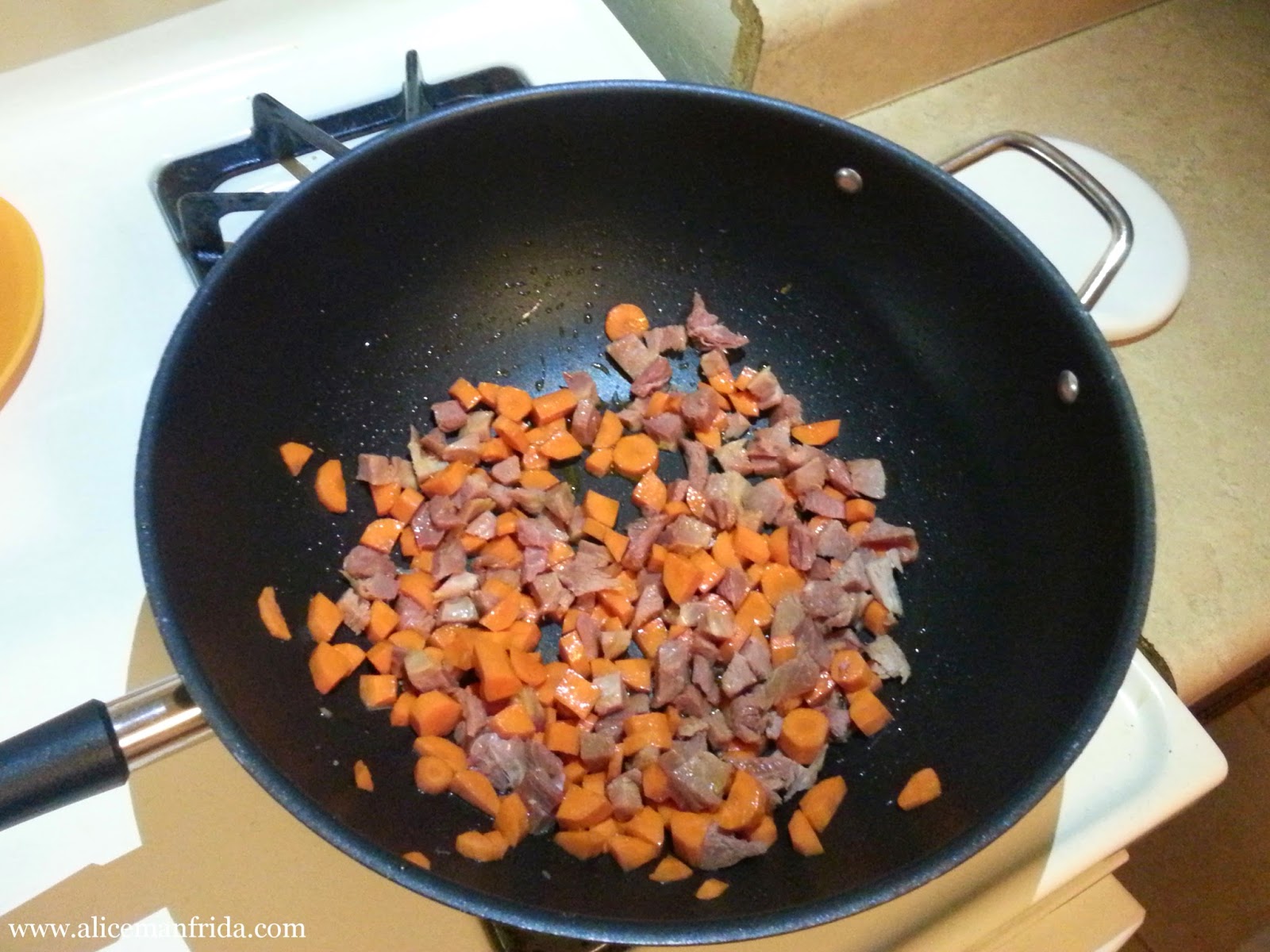 I chopped the carrots and ham in to little pieces and then started them first in some oil.  I started with the carrots because I wanted them to end up soft.  I didn't use very much oil because I figured that some fat would come out of the ham as it heated up. 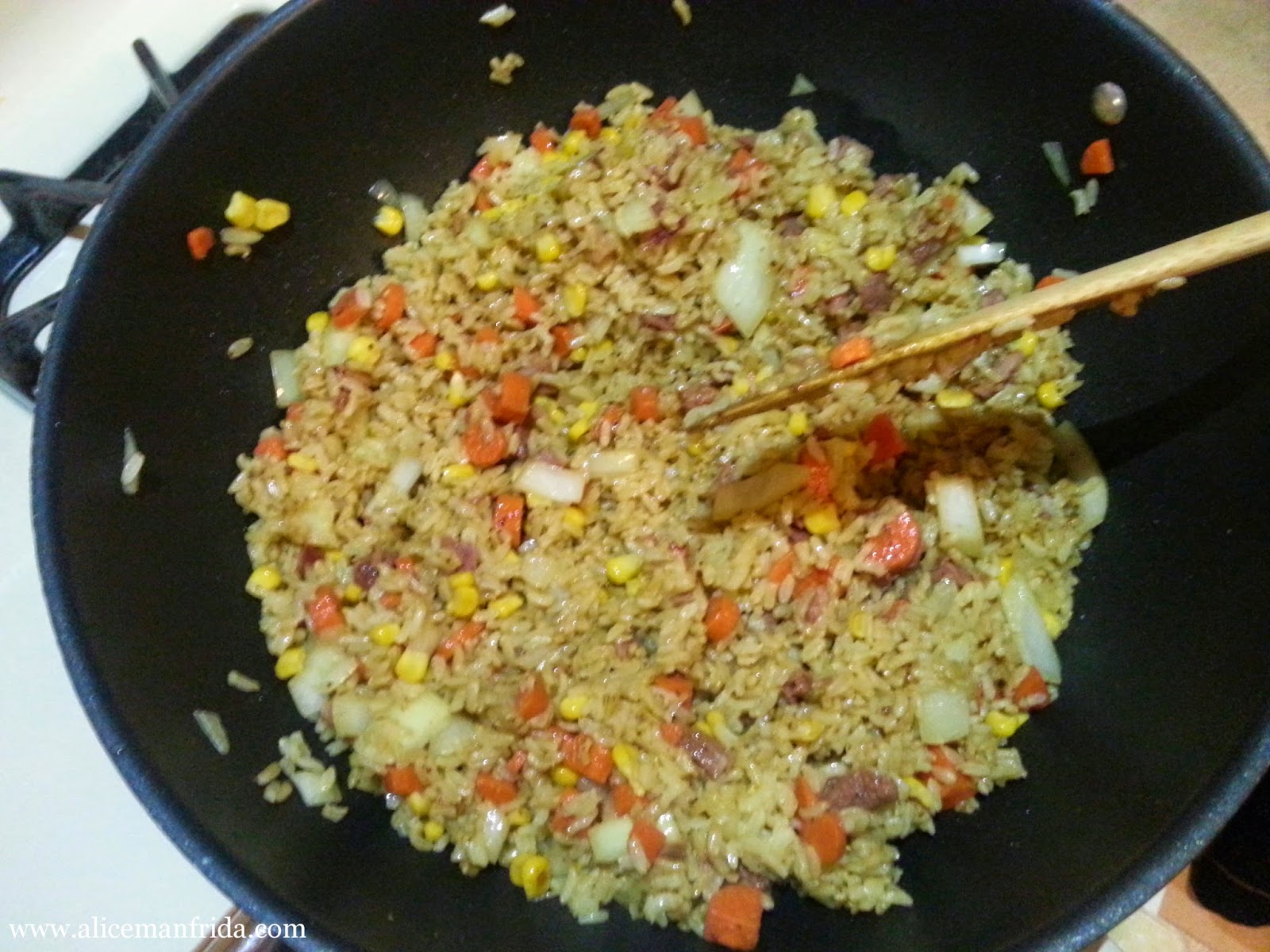 The rice went in second.  I let that cook for awhile before putting in the corn and onions.  I waited on the onions because I wanted them to be crunchy.  If you read my cooking posts regularly then you'll know how much I like to just use up whatever is in the fridge.  I had three carrots hanging around in there and the corn was a partially used frozen bag in the freezer.  I just ran it under some water to thaw it.  I used almost a whole onion.  I can't remember how much rice I used but I know it was more than I would normally make for the two of us because I wanted to have extra to have for lunch the next day.  Does anyone else think that serving sizes on recipes aren't helpful?  Somethings I want more of, somethings less, and Steve works out a lot and needs way more to eat than "a serving size." 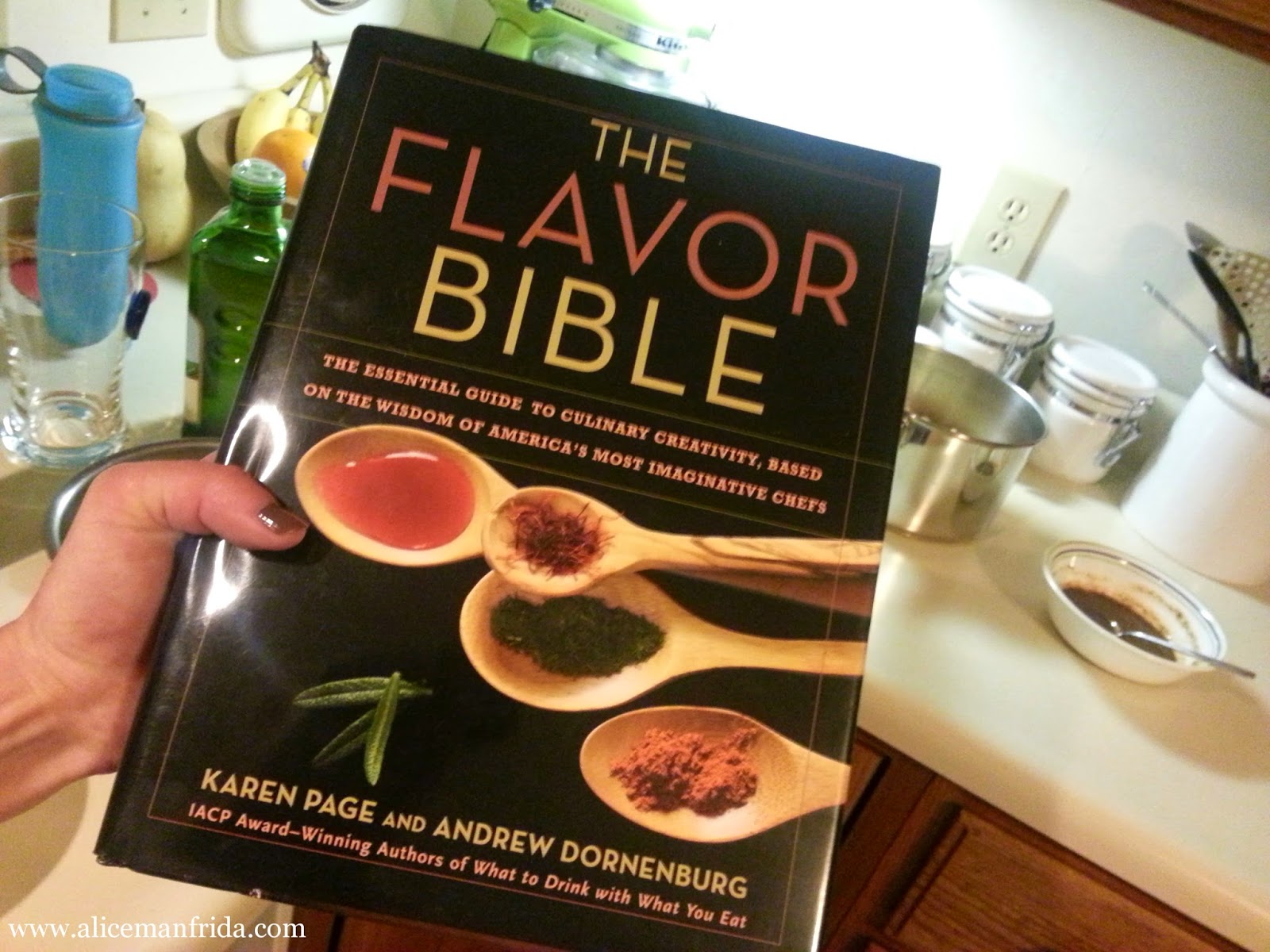 At this point I added the sauce.  There were about two tablespoons of dijon mustard left in the jar I had so I used that, a tiny bit of olive oil, and then I mixed in soy sauce until it looked like sauce, and not just a blob of mustard.  I wasn't sure at first about what I should put in this to make it taste good.  I have this book called The Flavor Bible that my aunt gave to me for Christmas six years ago that is really helpful when this happens.  It has a ton of lists of flavor combinations to help you figure out what goes with what.  I looked at the ham section and found that I had two of the things on the list (dijon mustard and soy sauce) and then I put them in.  Boom.  I'm a chef.  Ha ha ha! 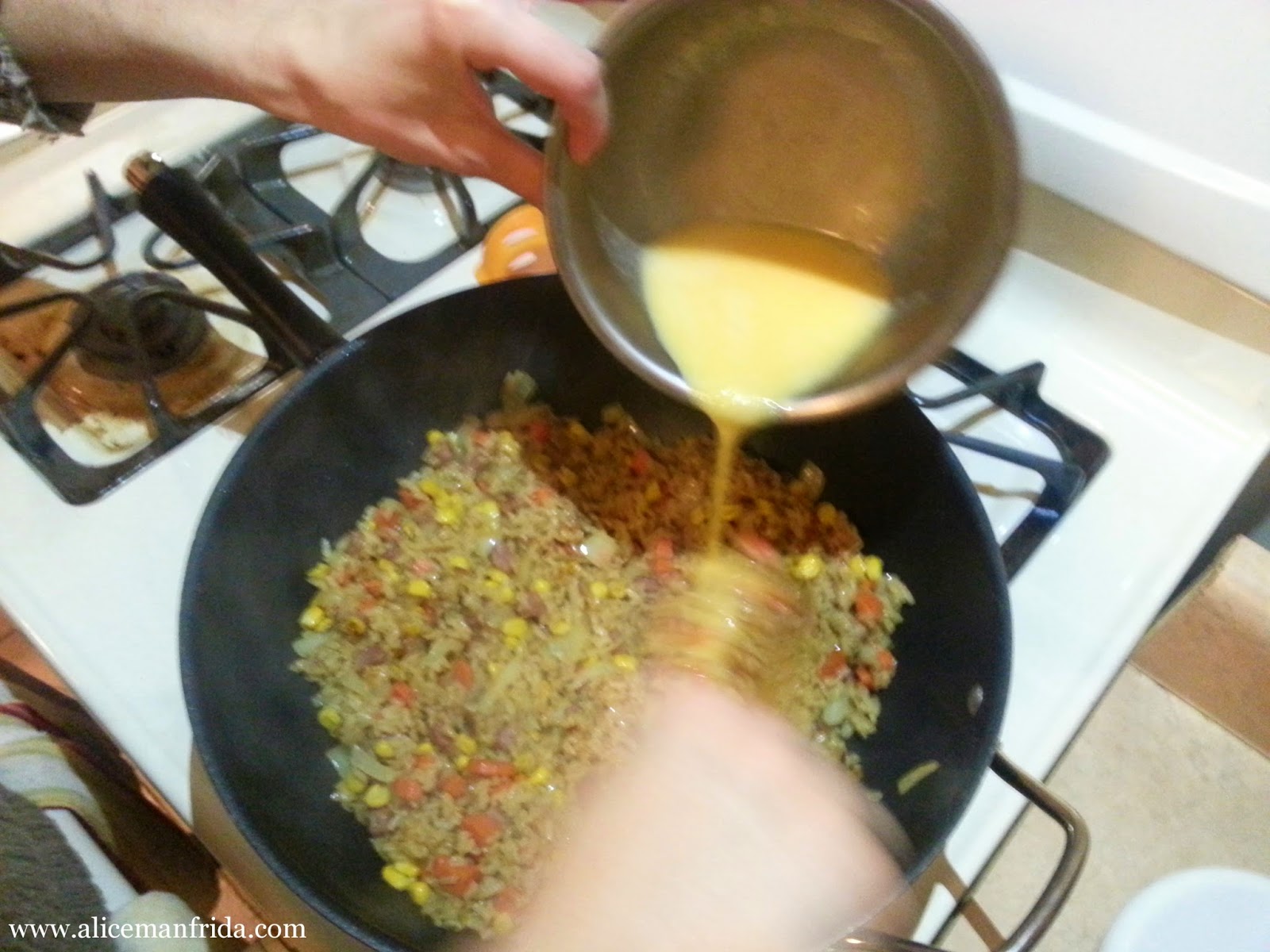 This is the hardest part of making fried rice.  Actually the hardest part, for me, is letting it cook and get a little crispy because it smells good and I want to shut off the stove and eat it.  When it finally looked done, I beat up two eggs and poured them in.  I poured a little at a time and mixed it in really quickly so that it didn't just turn into a blob off cooked egg.  If you have a helper, one person can pour while the other one mixes.  I made Steve take the picture for this so I was on my own.  #bloglife 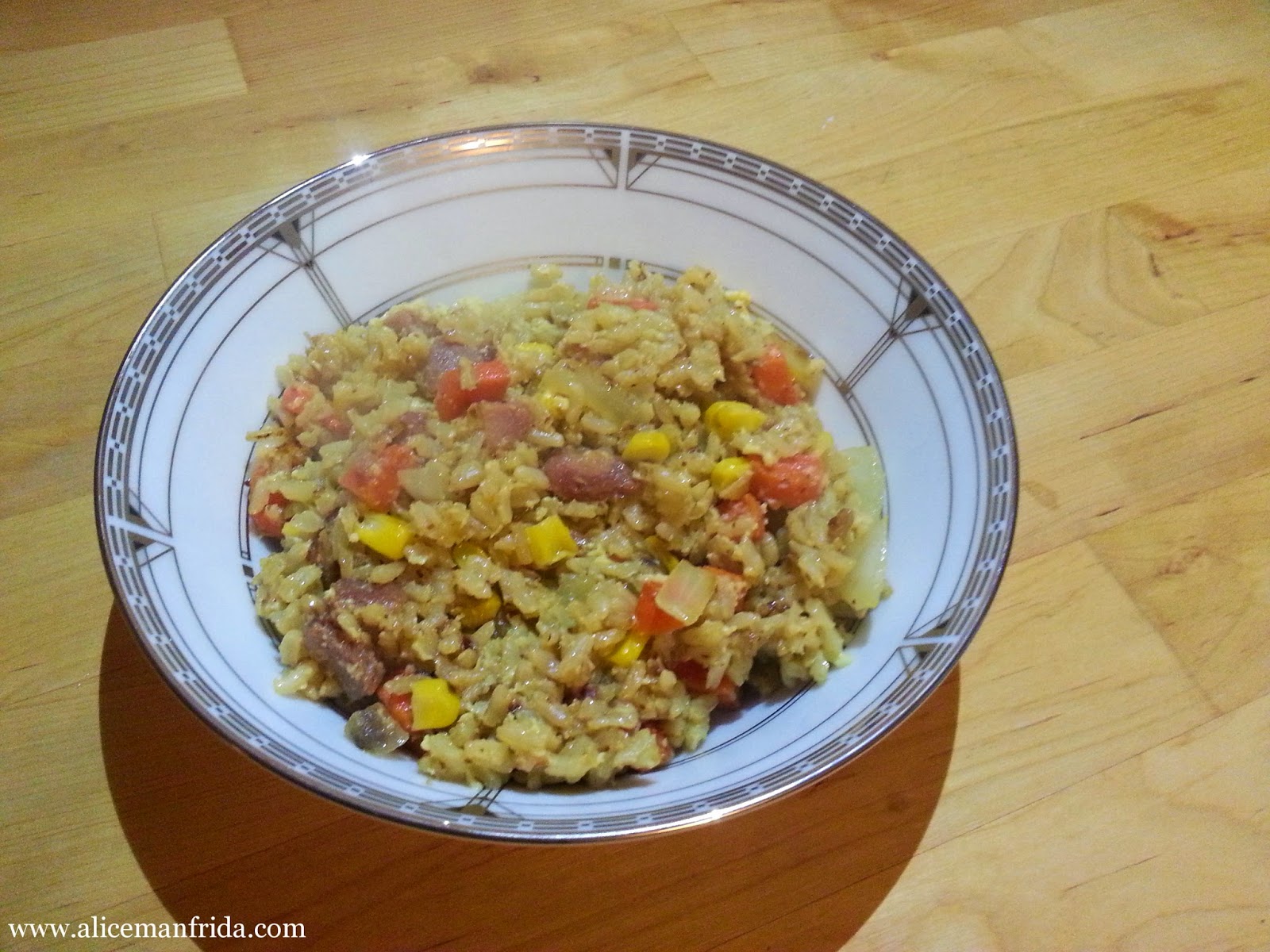 This turned out to be a good use for leftovers and then we even had leftovers of this.  You could do it with any meat and vegetables that you need to eat up.  I used all of the mustard that I had left so if I was going to do this again and actually plan it out I might put a little more in, but only because I like mustard a lot.  What I ended up with was actually delicious.
Posted by Unknown at 1:58 PM