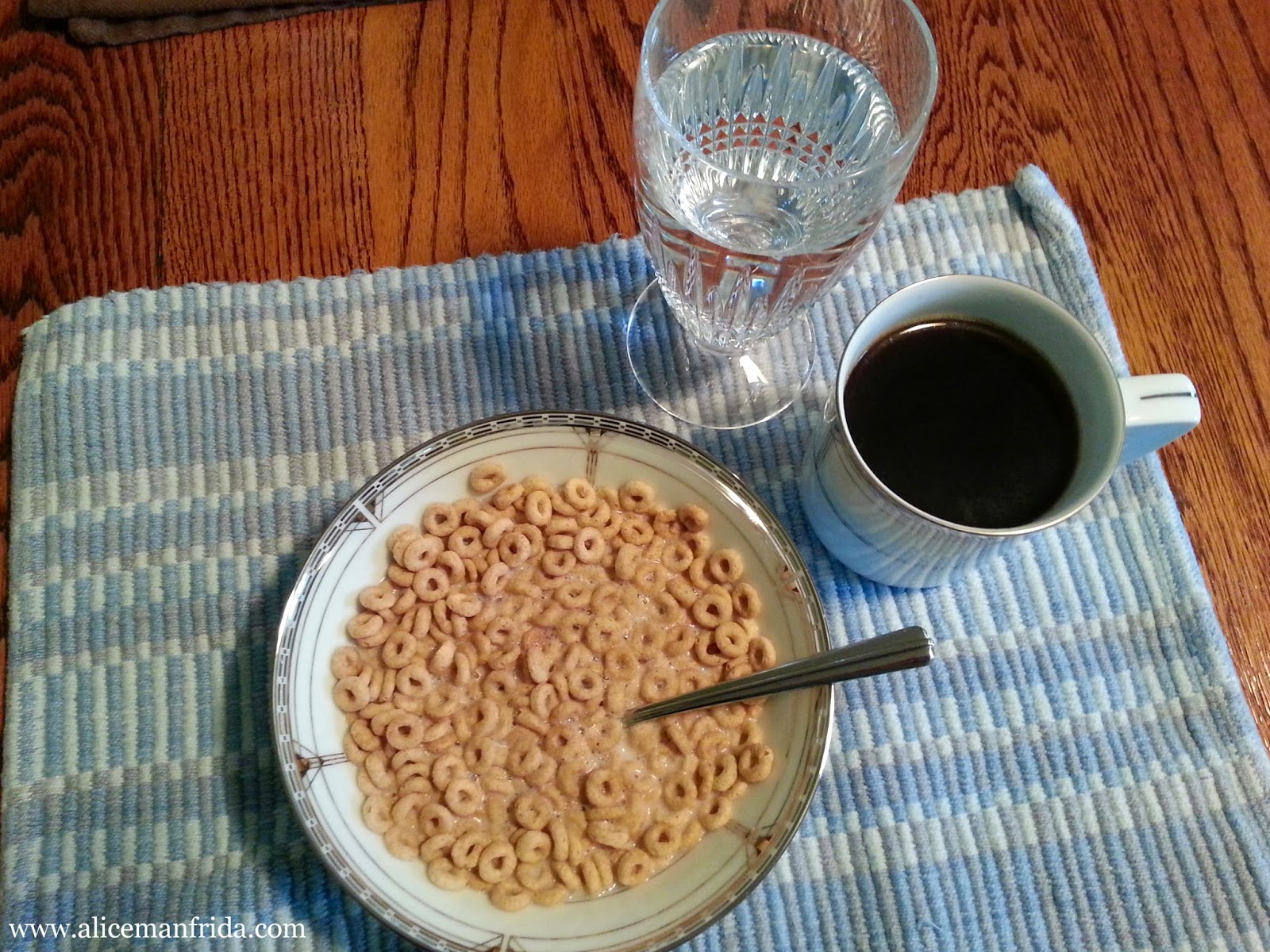 I've been kind of lazy about breakfasts lately.  Today I just had a bowl of cheerios with almond milk.  I had my normal black coffee and a glass of water.  I'm really trying to drink more water in the hopes that I can avoid super dry skin this winter.  We'll see how that works out. 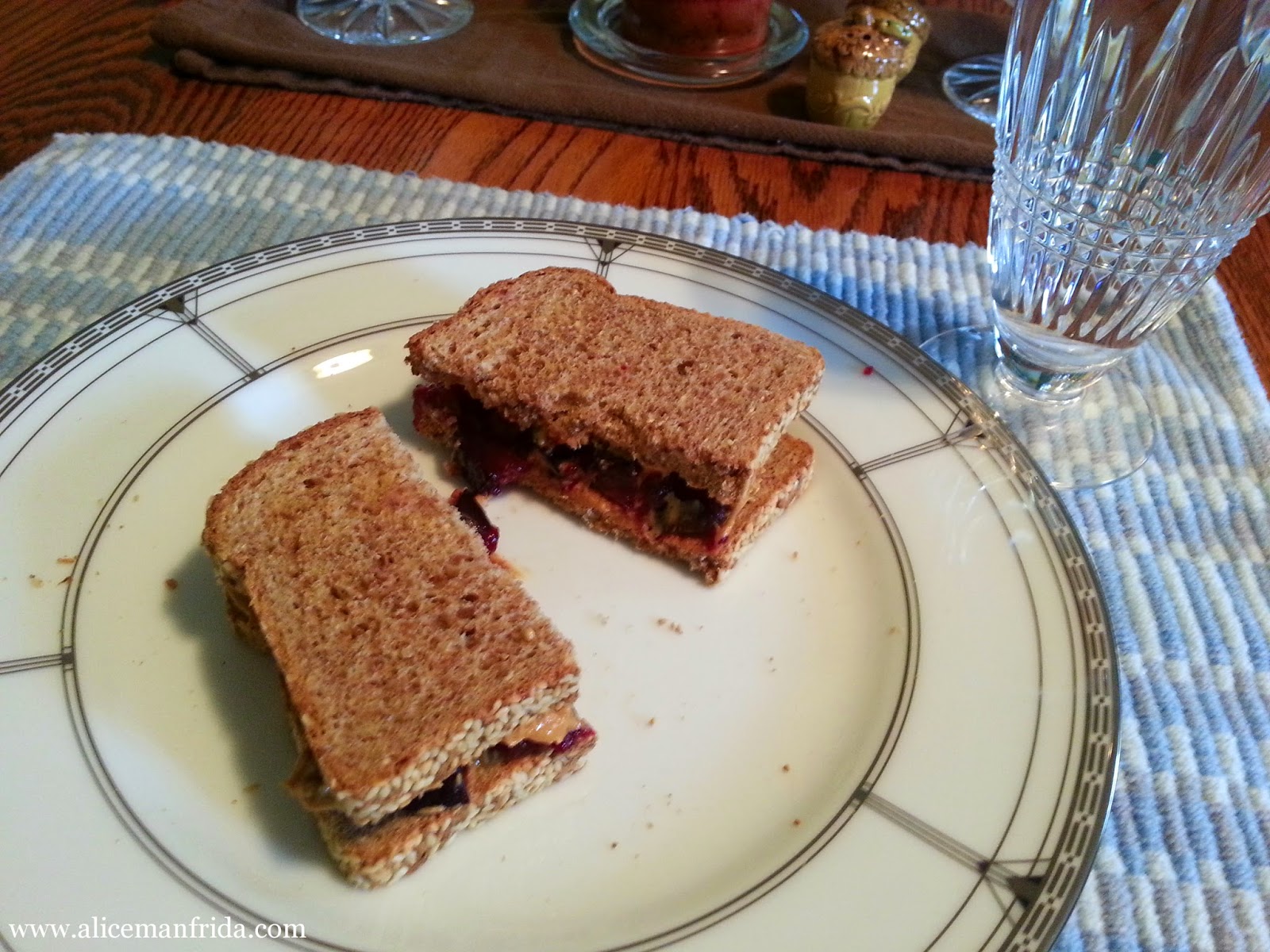 I cut up a plum to use instead of jelly with my peanut butter sandwich.  I also toasted the bread, which Ezekiel 4:9 Sprouted Grains Sesame bread.  We usually get the original flavor but sometimes I like to switch it up.

So here is where I would normally have a picture but I don't have one.  I had a cup of tea as a snack and then I was running late to go to a book club meeting so I got some fig newtons and cheese at the grocery store on the way.  At the meeting I had some veggies and wine (that counts as grapes, right?!?!) and some chips and things.  Also candy corn because it's October.  I just got home and I guzzled an entire glass of water.

I usually eat really healthy most of the time and then I don't feel bad about when I eat things that aren't as healthy because it's just not that much.  But somehow the past month has been crazy and I haven't even been able to keep a fully stocked kitchen.  It's just such a pain to get to the grocery store (and I'm sure everyone else in the world can relate).  I keep thinking of trying to get groceries delivered but haven't followed through and done it.  My plan is to do it this week though so maybe next Tuesday I'll let you know how it works out and what I end up getting.

Has anyone else ever done grocery delivery?  Is it worth it?