Tasty Tuesday: Back to Oatmeal 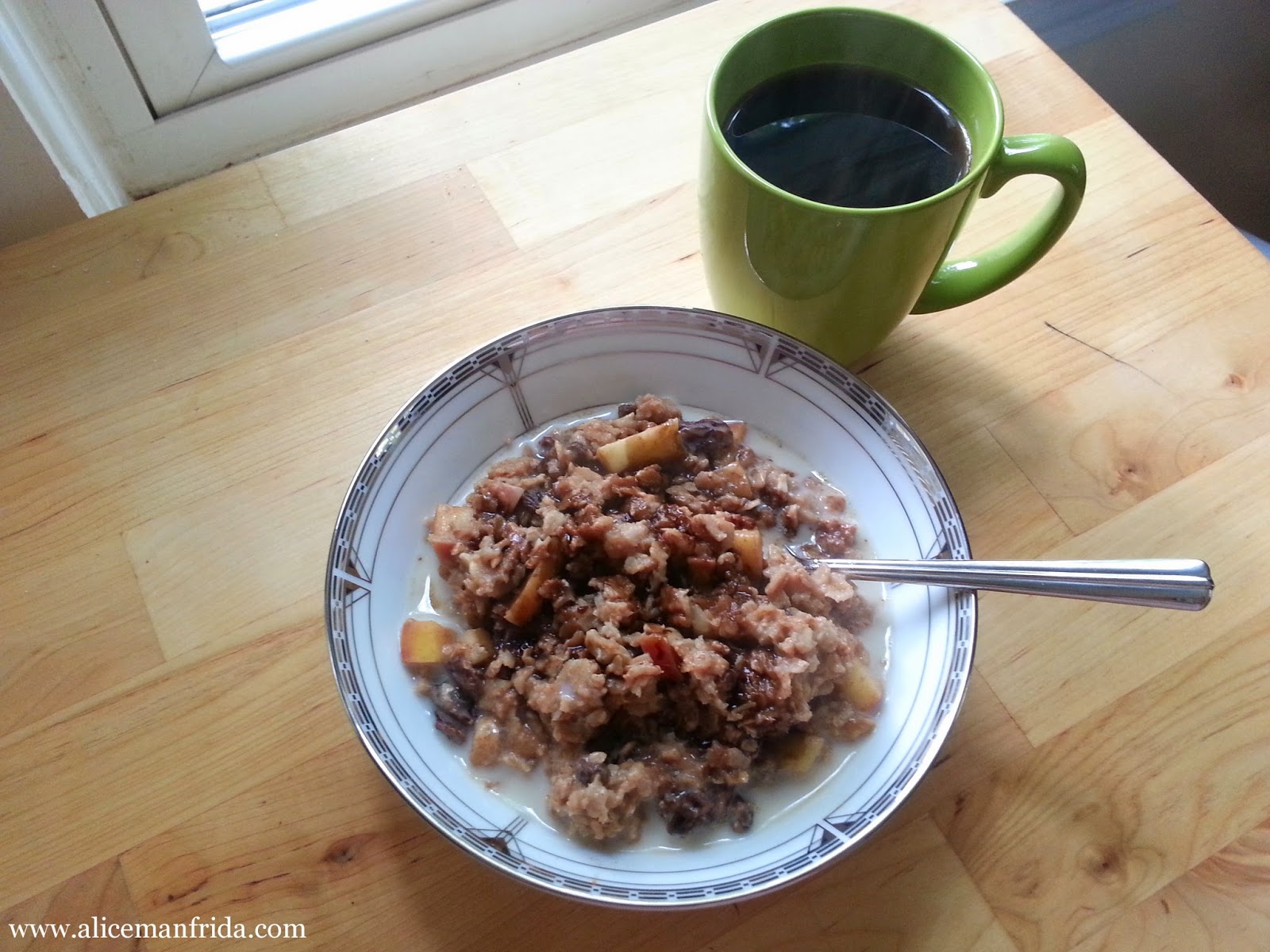 I made oatmeal!  I had been eating it every single day but once the super hot summer days hit I was just not in the mood.  But it was Sunday so I made a giant pot of it to split with Steve.  I made it with apple, cinnamon, raisins, and walnuts.  I put a little extra almond milk and some blackstrap molasses in mine. 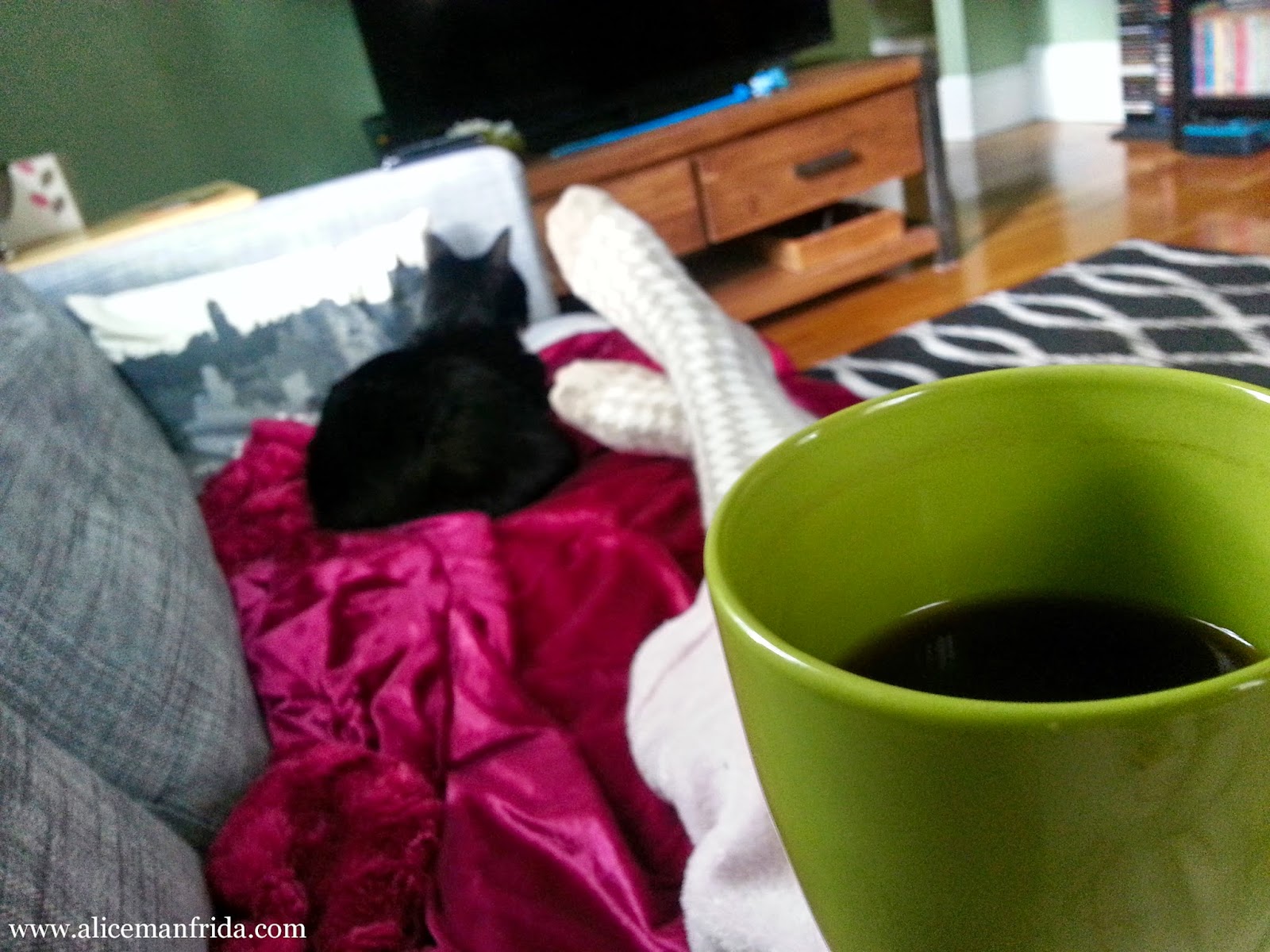 My second cup of coffee was actually decaf today. 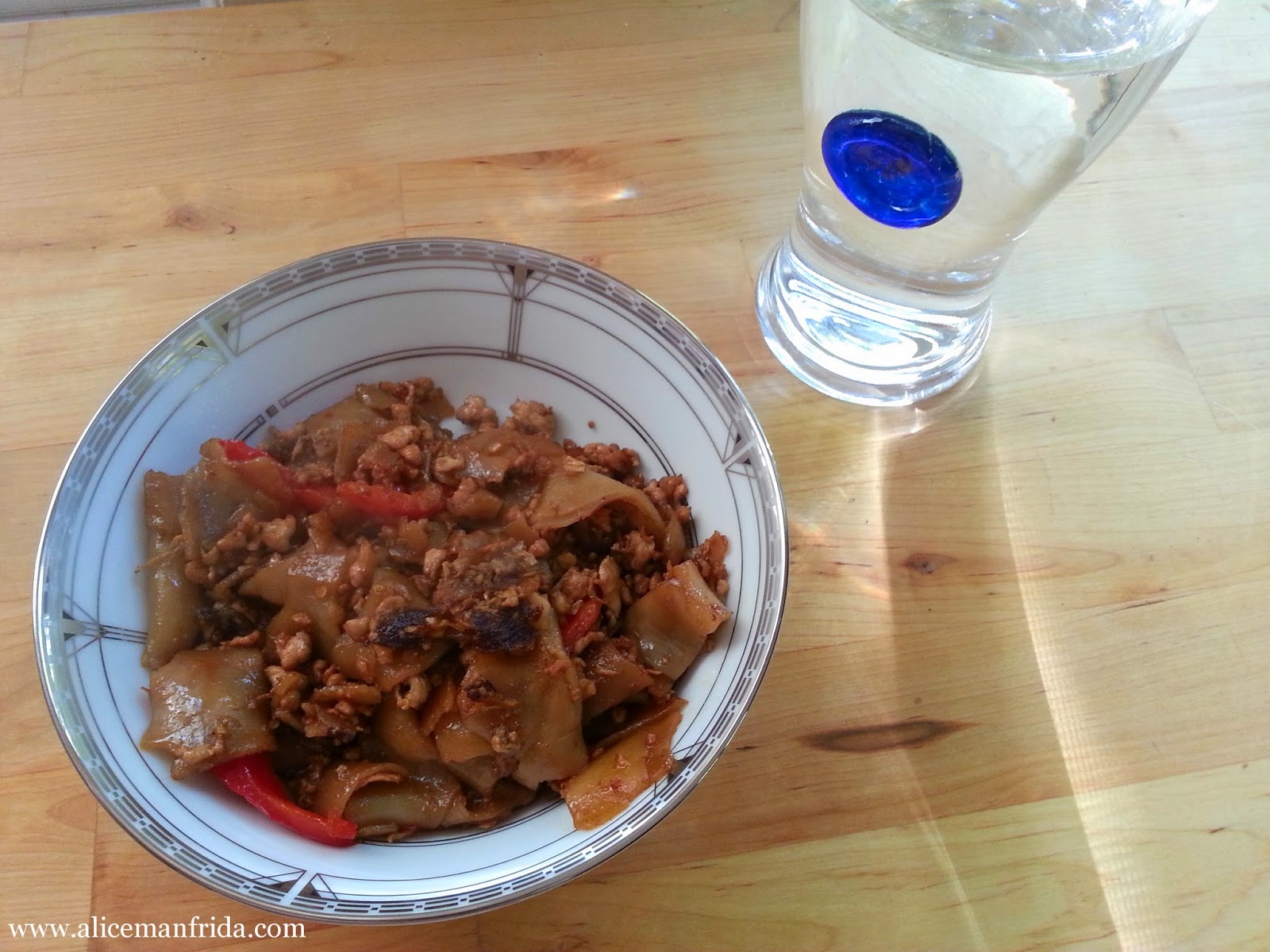 For lunch I reheated some Thai food from the night before.  This was the Grapow Noodle with minced chicken, flat noodles and peppers in hot basil sauce.  So good.  We actually used foodler for the first time this weekend.  I don't know why we hadn't ever done that before because ordering takeout online is so much easier than having to call a place.  This food came from Bangkok Bistro. 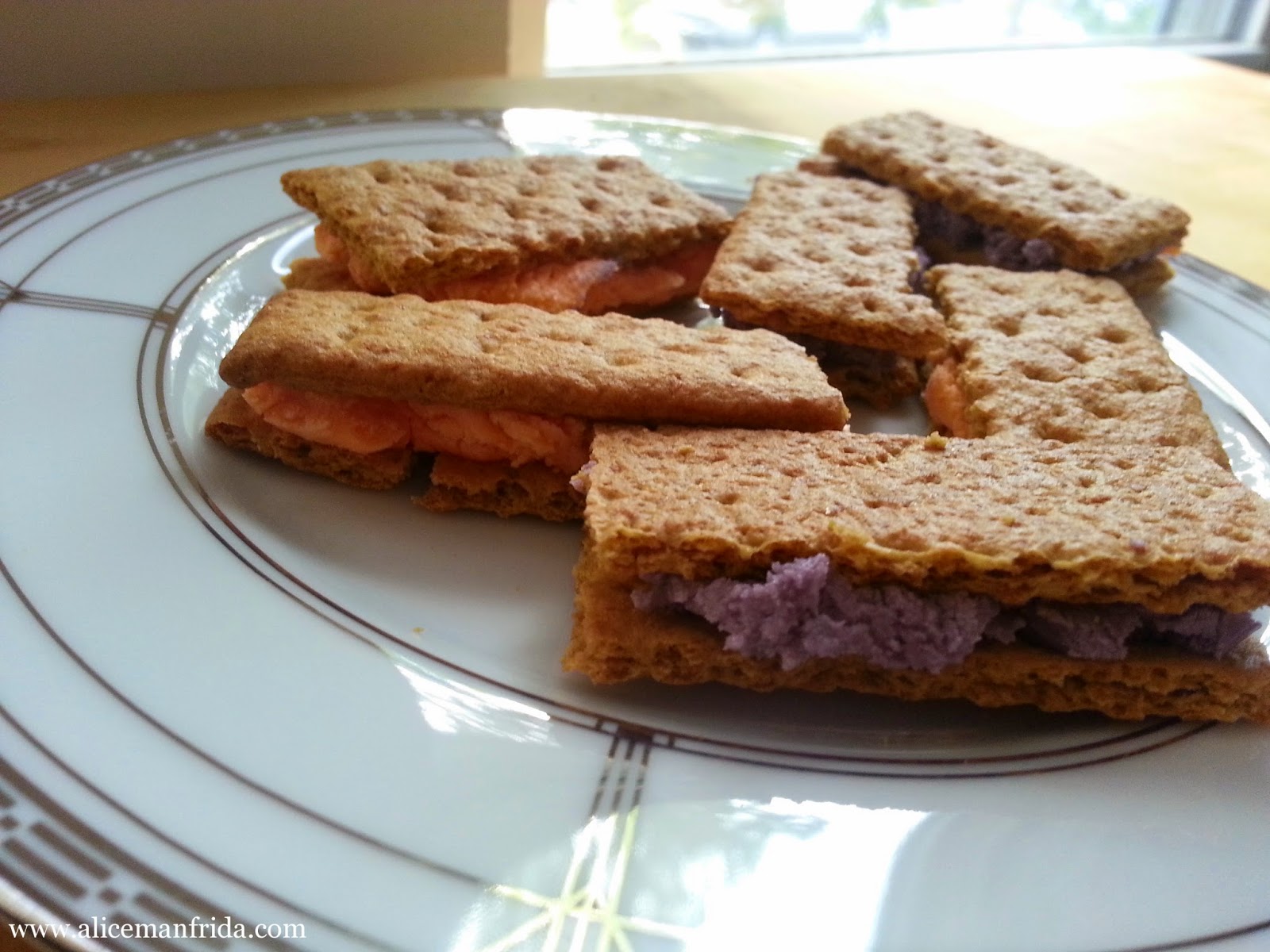 I had some graham cracker and frosting sandwiches for a snack.  I had made frosting about a week ago and even though we didn't eat it all I felt like this was the last day to have it so I did get rid of the leftover after this snack.  We probably don't need frosting in the house this week since we will most likely eat a million pounds of Halloween candy on Friday.  :) 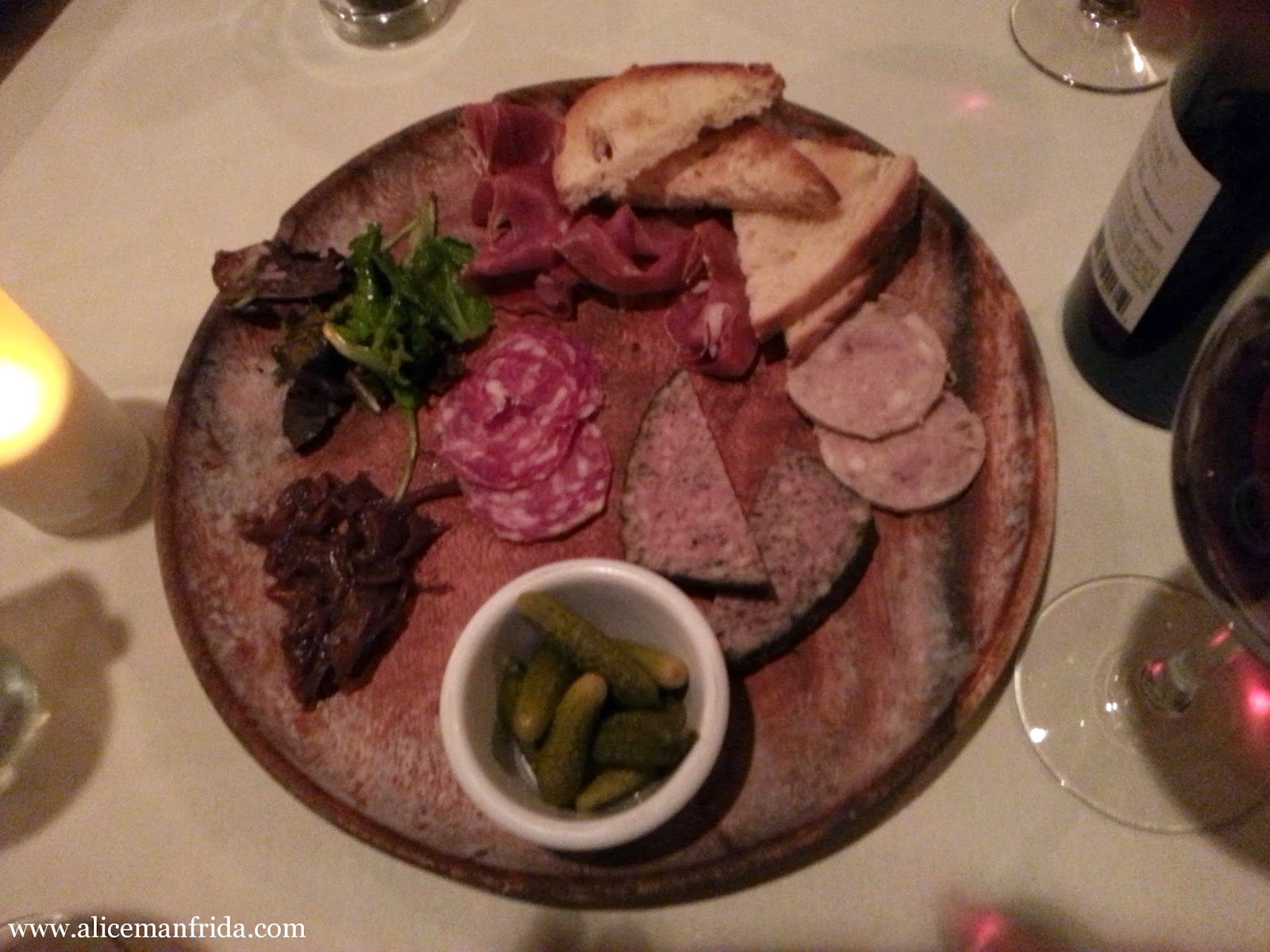 As I mentioned in yesterday's Weekend Recap post, we went out to La Voile on Newbury Street for a friend's birthday.  We got a big plate for the whole table to share. 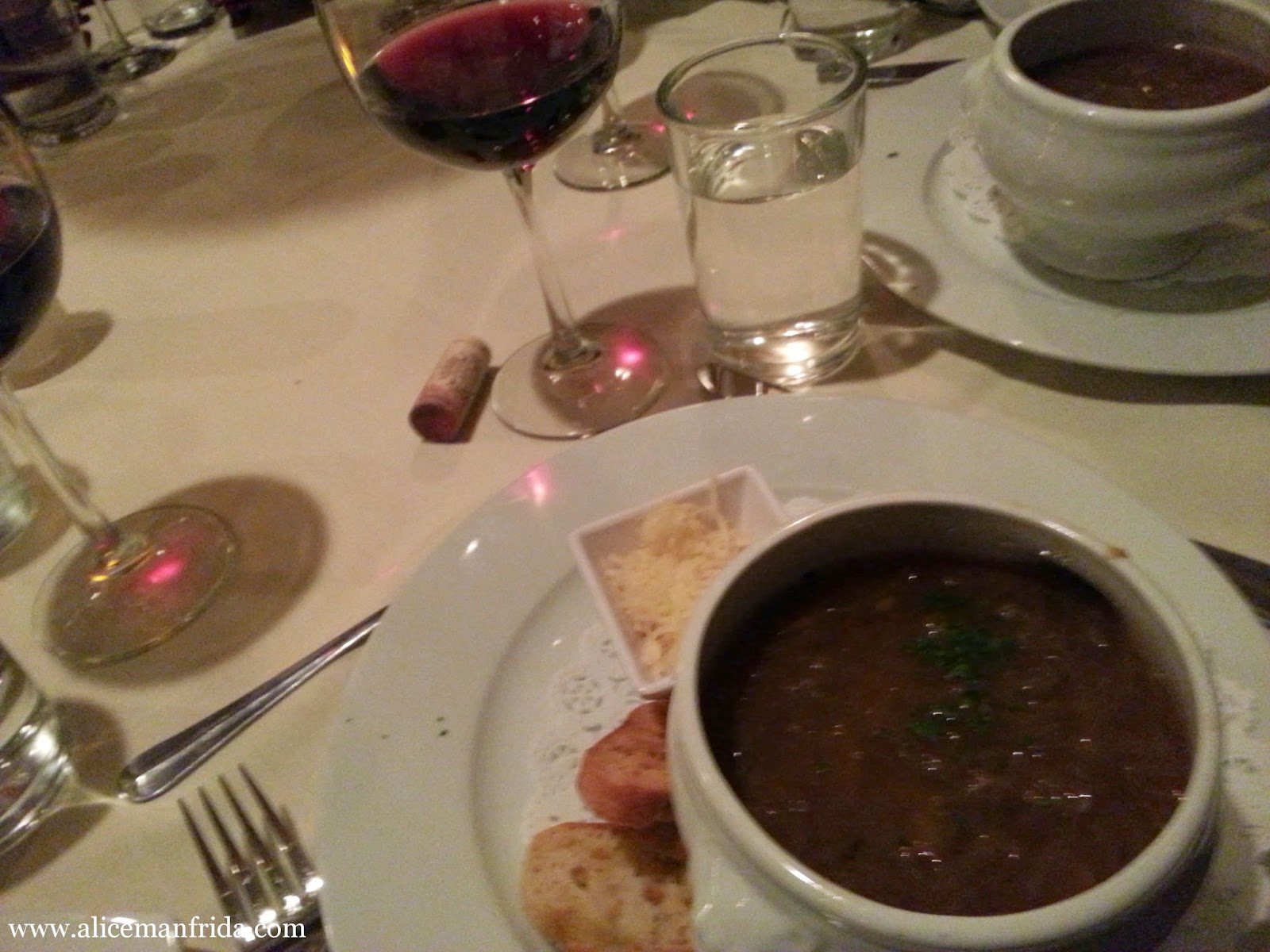 Then some of us got french onion soup, which was delicious.  Obviously. 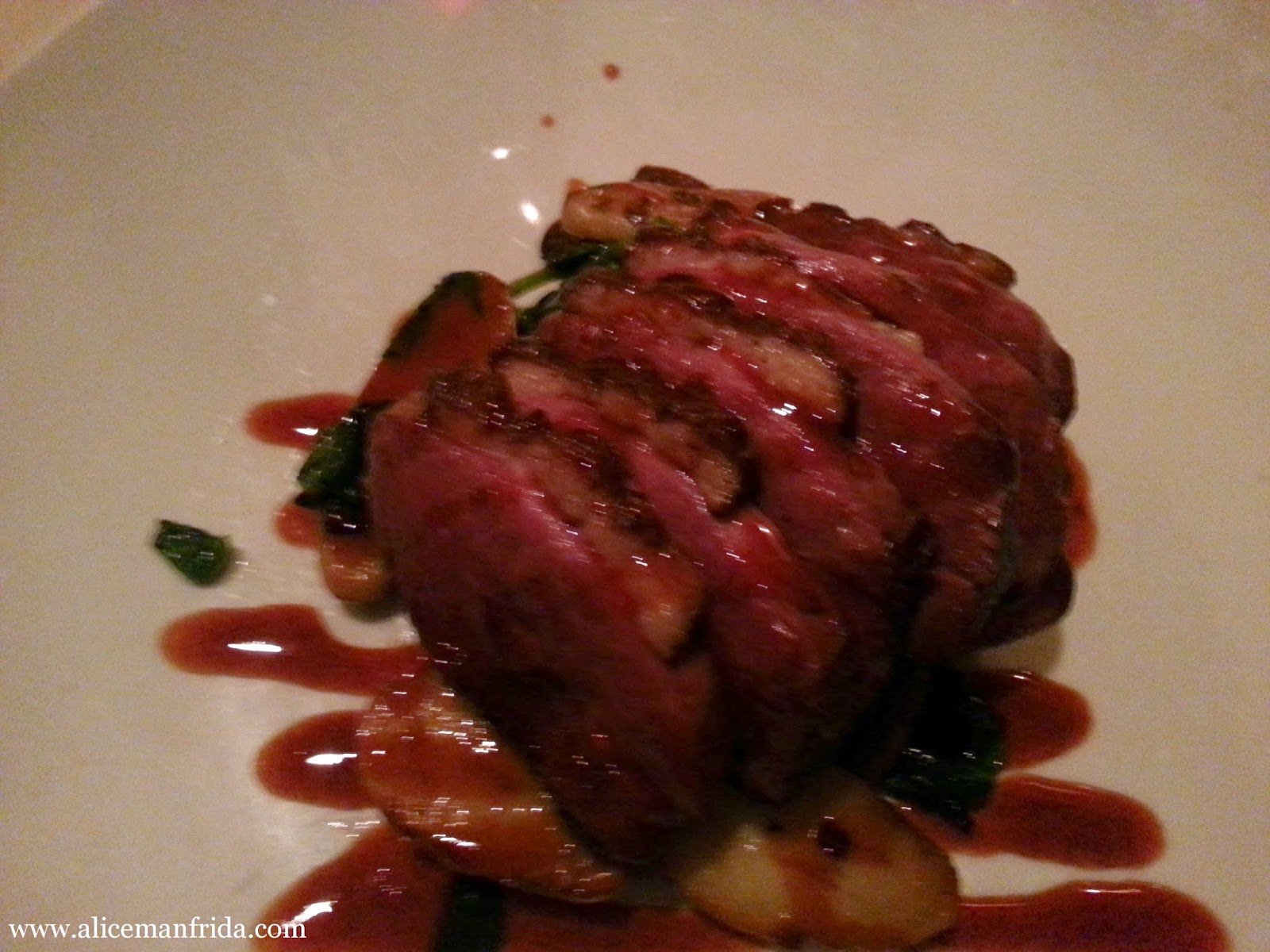 Steve and I both got the duck.  I've had a lot of the things on the menu (I've been to La Voile A LOT) but I think I get the duck most often.  It's just so so so melt-in-your-mouth yummy!
Posted by Unknown at 9:01 AM