Tasty Tuesday?? But it's Wednesday!  I got distracted by my kitty who arrived last night.  I put pictures of her up on Instagram and Twitter, if you're interested.  My dad dropped her off around 7pm and we got her all set up.  She found the litter box and and spent a few hours rubbing herself on literally every single thing in the entire house.  We shut her out of the office and bedroom (which are connected) for the night so I was wondering how she would do overnight by herself in a new place after being used to living with a bunch of people and other cats for the last couple of years.  She was fine.  Duh. 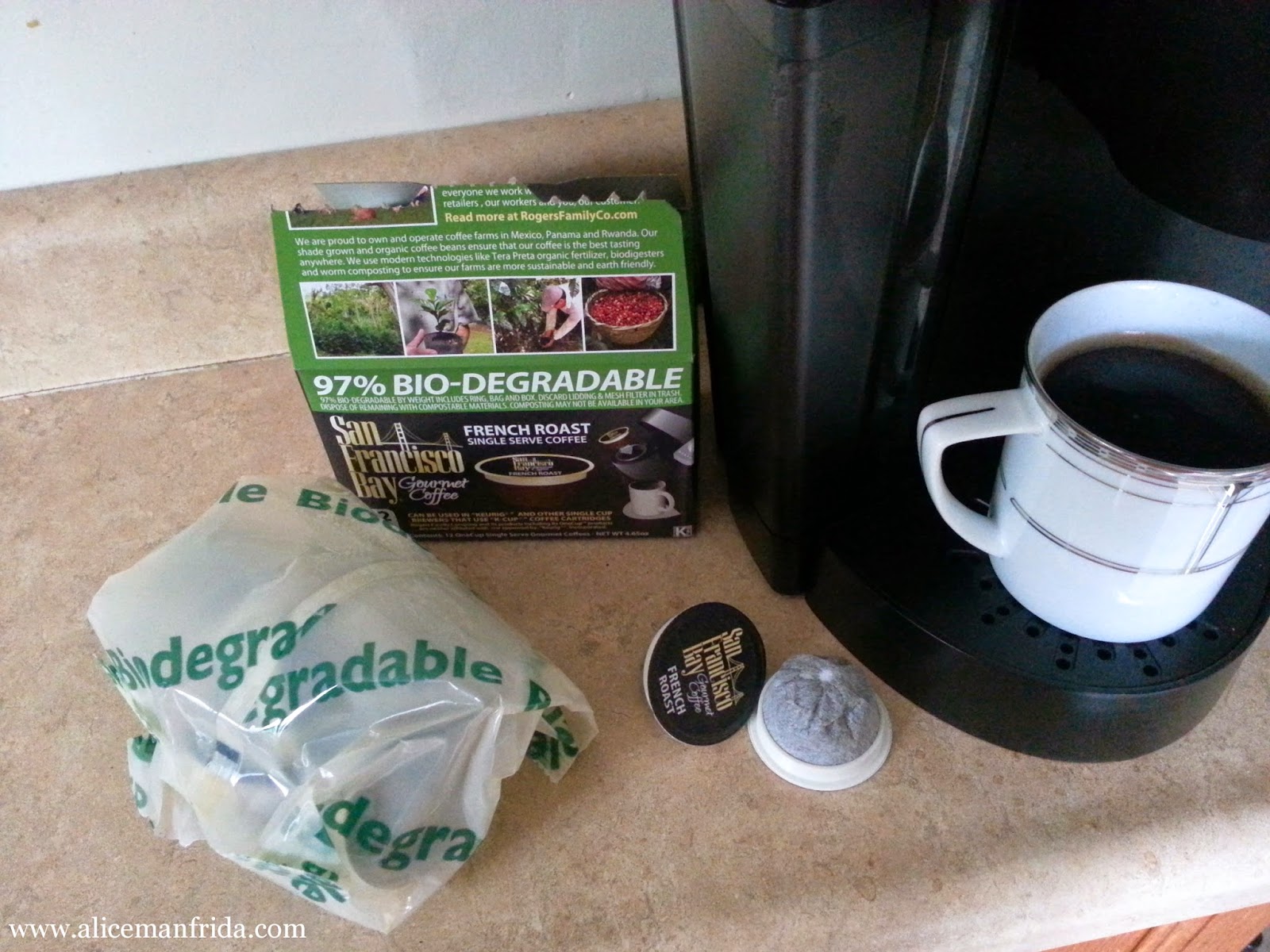 I started the day with coffee, as usual.  :)  I have been using these coffee pods.  They are really cool.  Instead of a plastic cup, there is a little coffee filter and you can compost the bag that keeps the coffee fresh.  I've gotten this brand before but I can't always find it.  I did just go look at their website and it looks like they sell 80 count boxes online....I might do that. 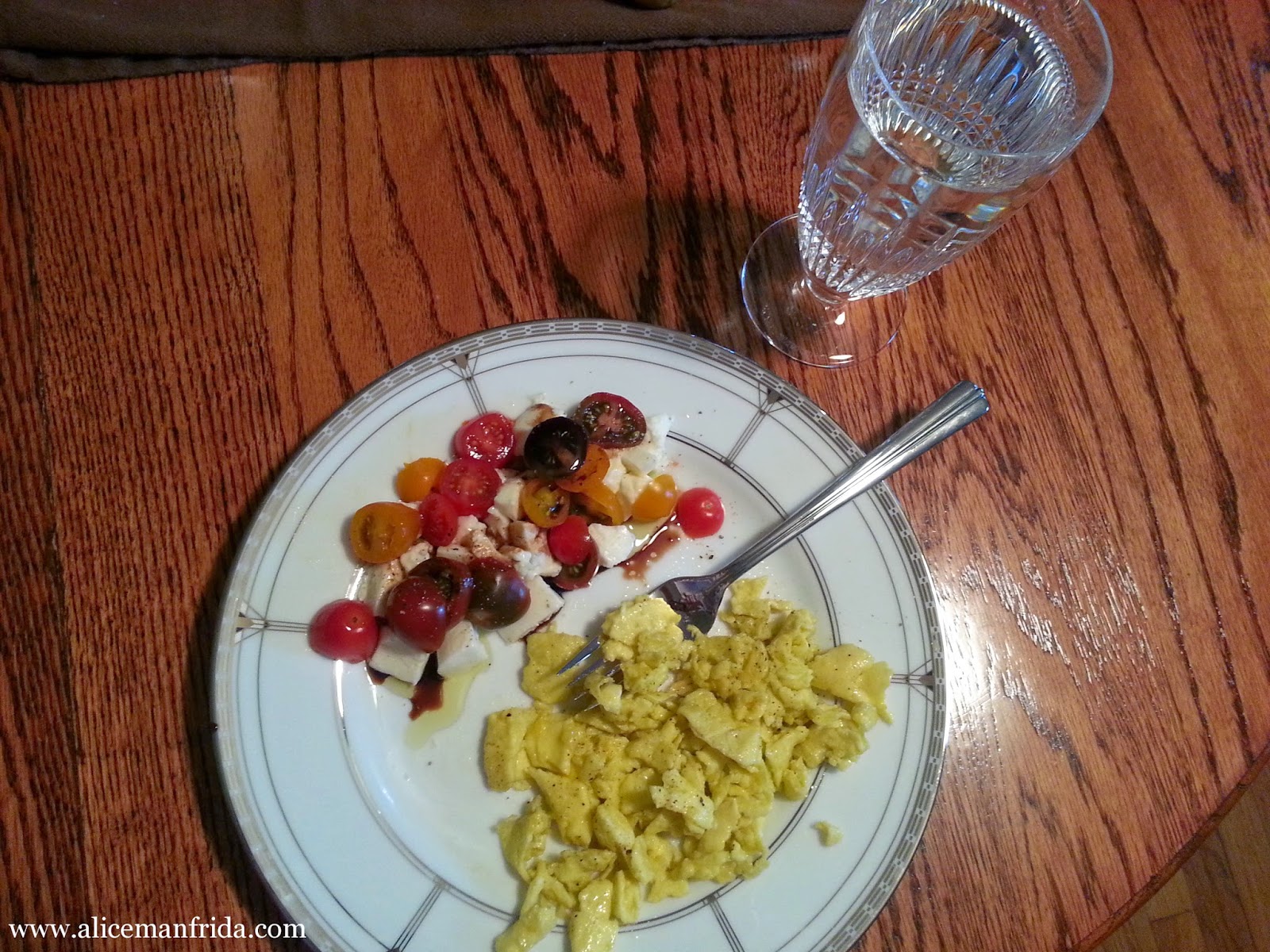 I kind of puttered around too long this morning and by the time I thought about making breakfast it was kind of late so it was more like brunch time.  I made a little salad with the last of a log of mozzarella and tomatoes with oil and balsamic vinegar on it.  I also had a couple of scrambled eggs and a glass of water. 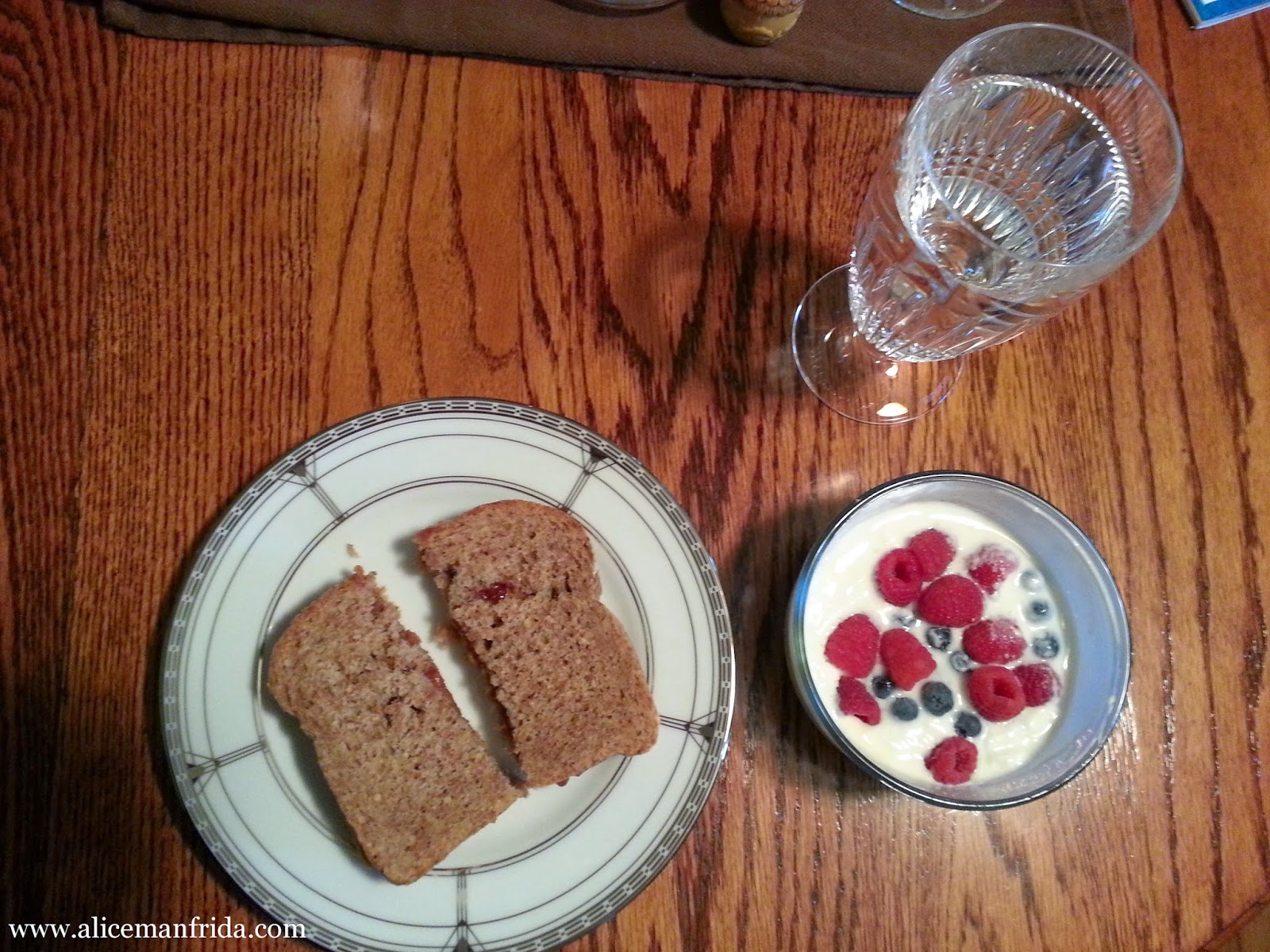 PB & J sandwich with yogurt, honey and berries and water. 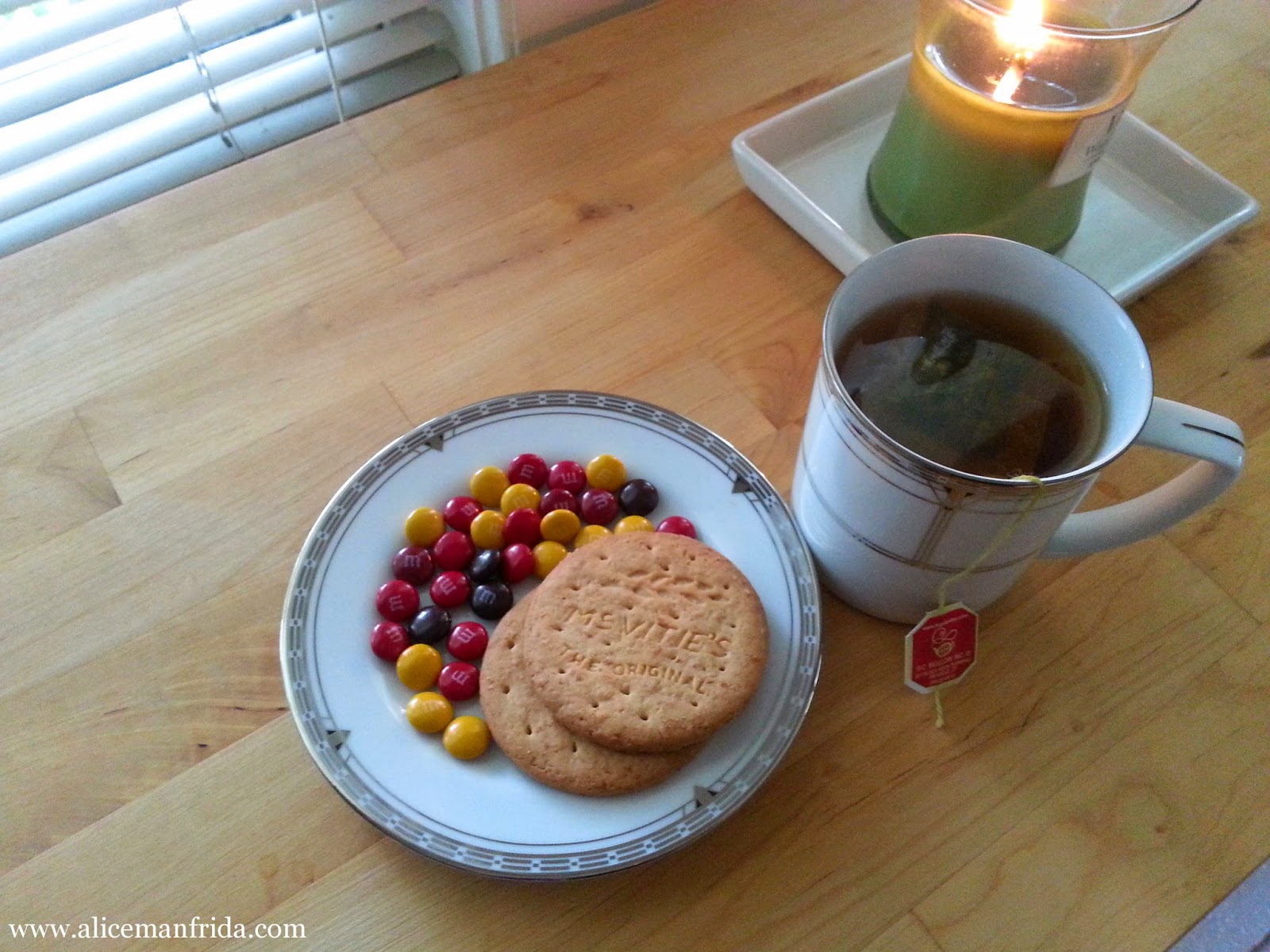 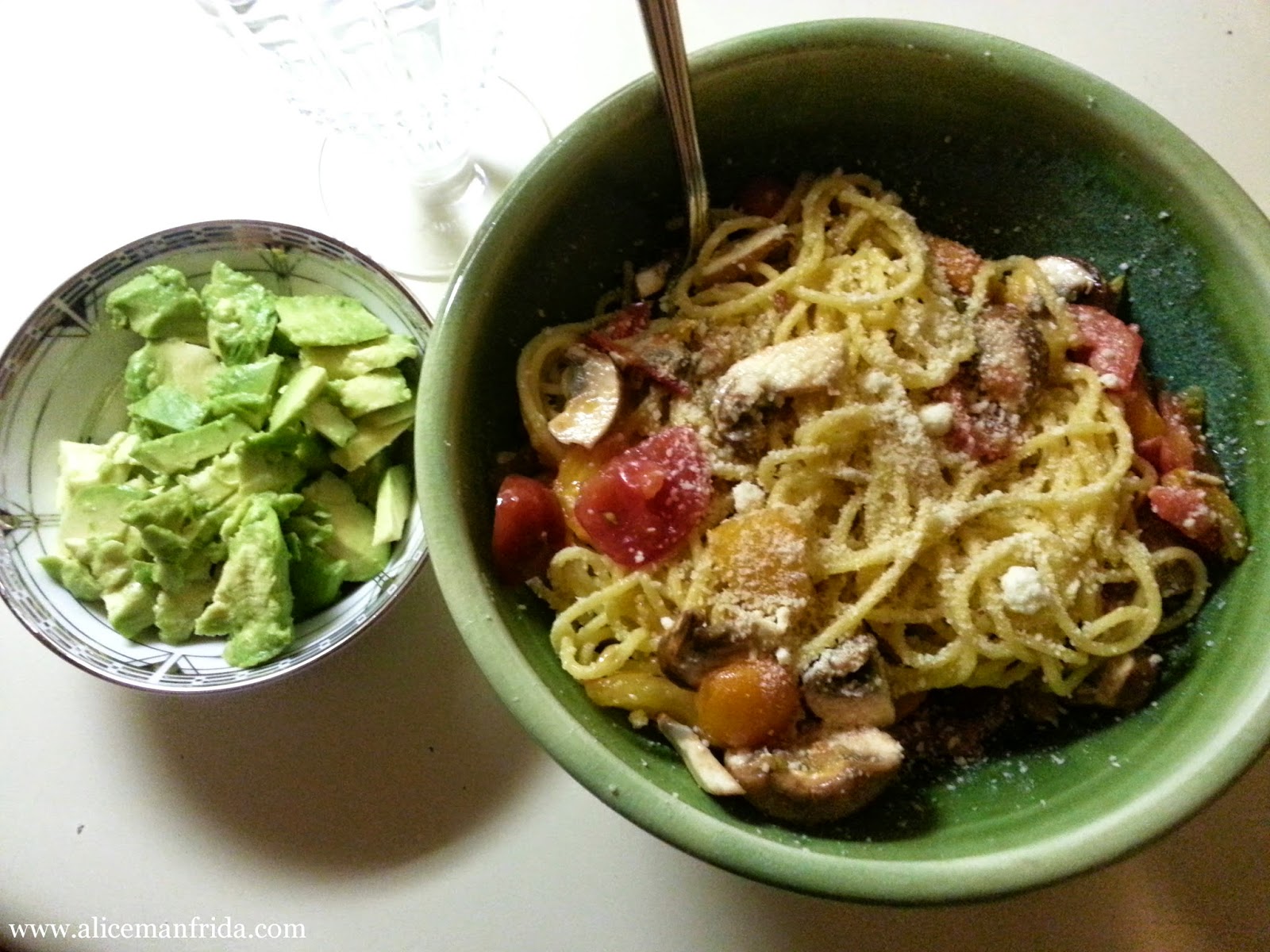 It had originally been my plan to make fish, bok choy and quinoa but by the time suppertime rolled around I just felt like eating a giant bowl of pasta.  So that's what I did.  I chopped up some mushrooms and tomatoes and let them kind of warm up in the pan with some oil after I took the pasta out.  I also had an avocado and some water.

I was super hydrated today.  I actually drank four full glasses of water and two big cups of tea (along with a cup of coffee, which doesn't count as hydrating).  Go me!  Ha ha!!