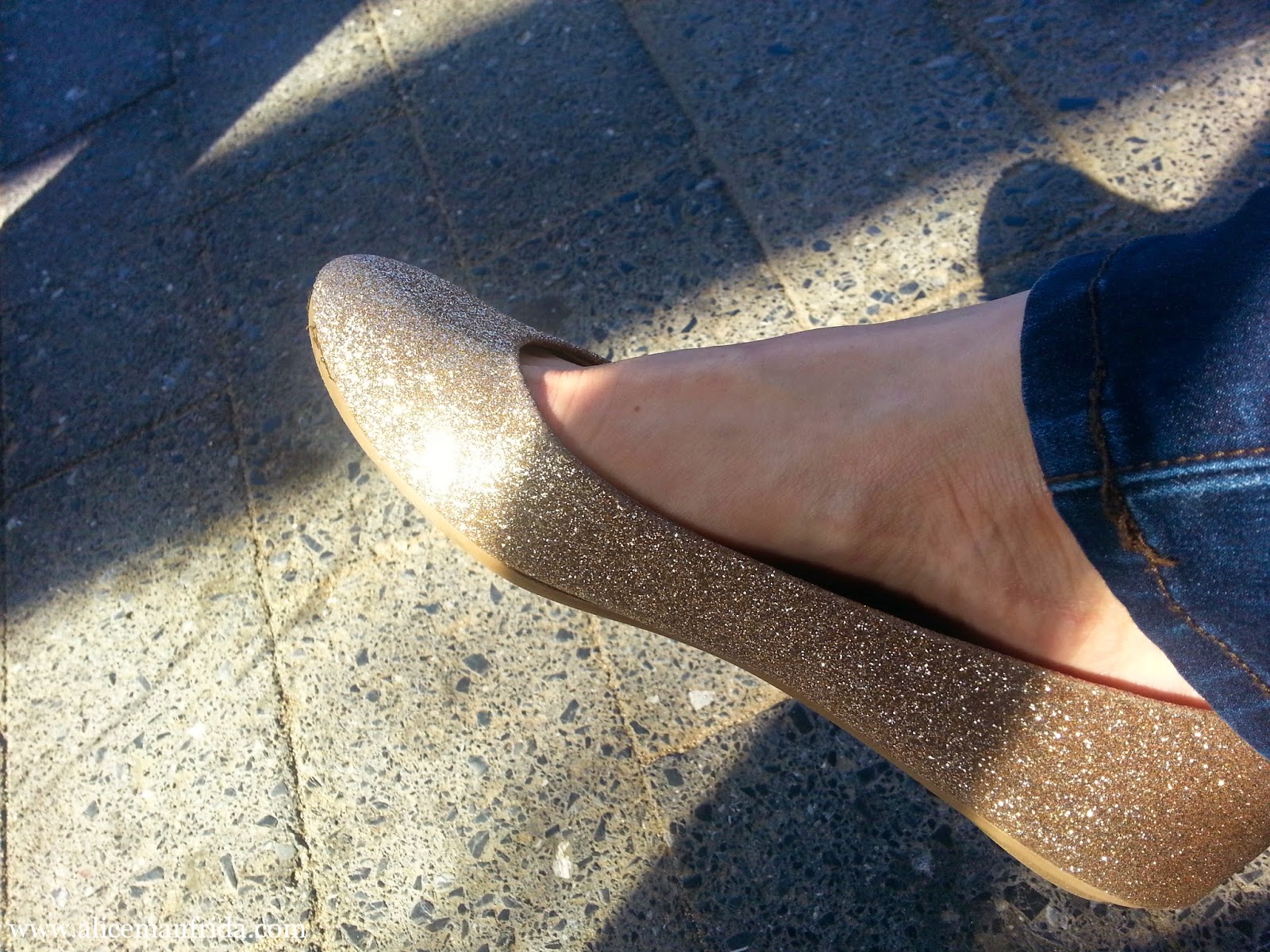 I met up with my sister and Steve after work on Friday.  First we did some shopping at Nordstrom Rack, which I'll put in a haul post later this week.  I think because I was wearing my gold flats I was just in a sparkly gold mood and kept looking at anything that glittered.  Don't get too excited.  I didn't buy an $80 sequin dress and I'm still crying about it.  Ha ha! 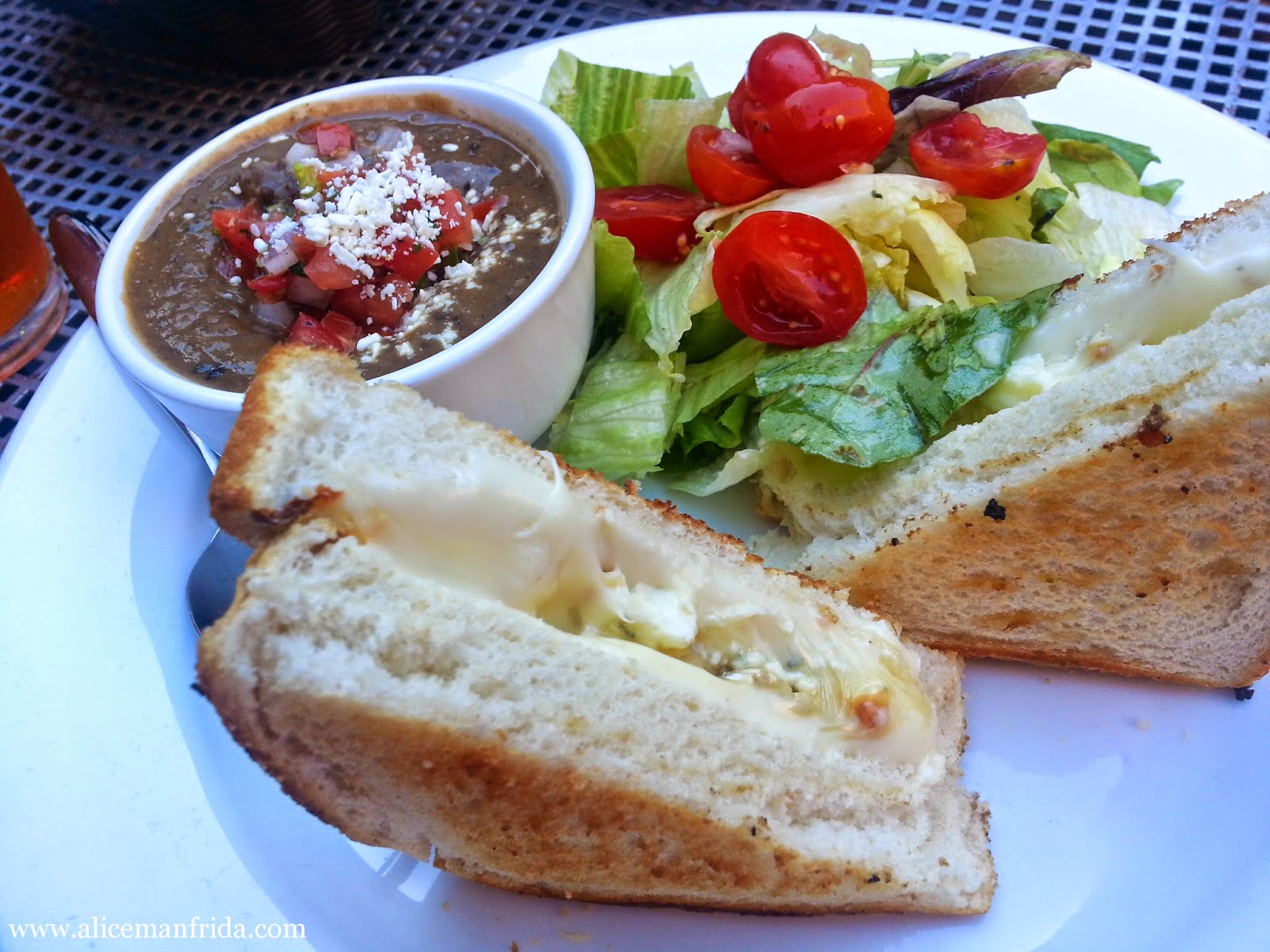 After shopping we headed over to the Rattlesnake for dinner and drinks up on the roof deck.  I got a really delicious grilled cheese sandwich made with brie, American and blue cheese in it.  I also got black bean soup but it was a little more spicy that I was in the mood for so I didn't finish it. 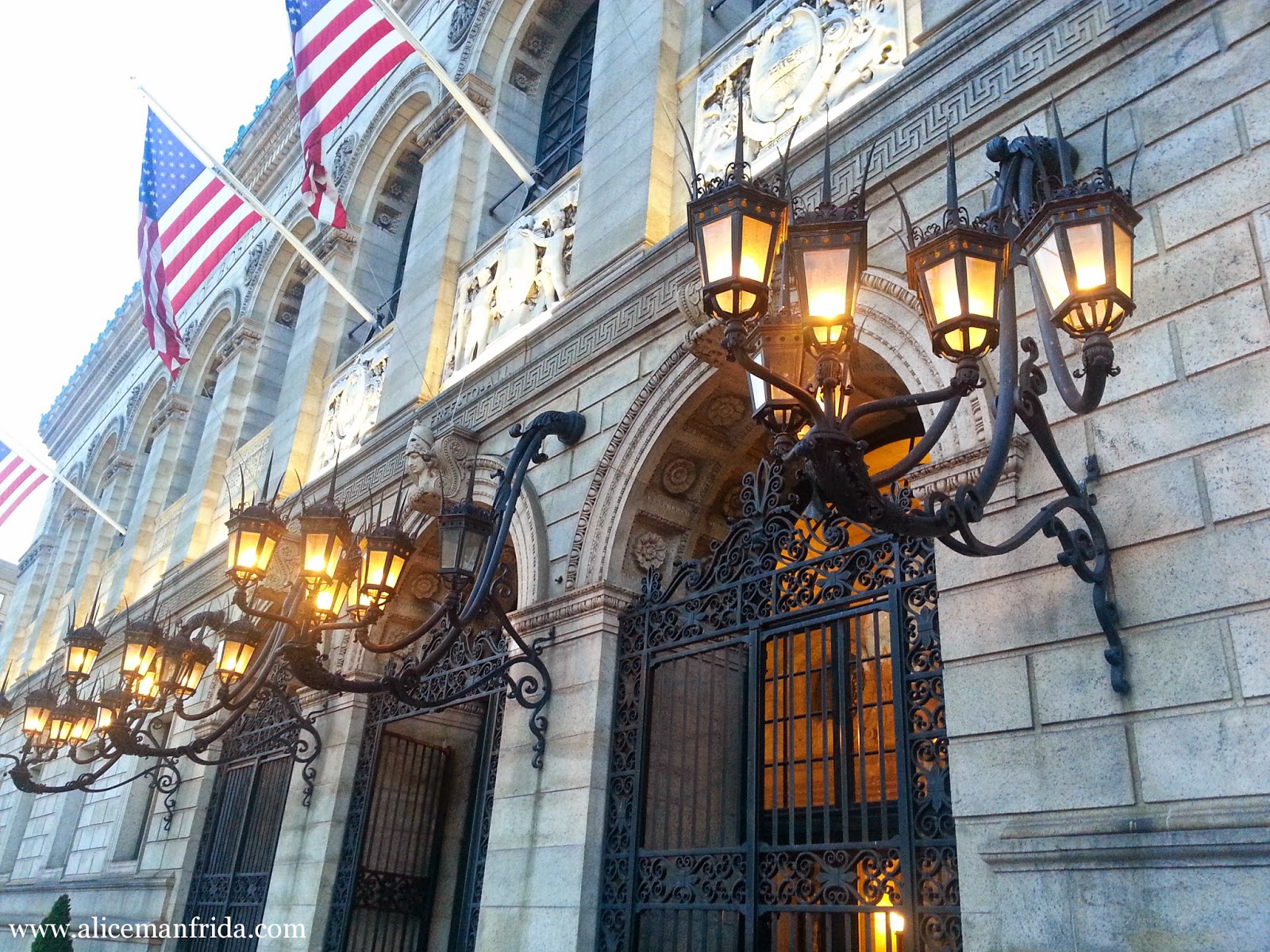 Before Steve and I went home we walked down to Trader Joe's to go grocery shopping.  We did actually need food but really I just wanted paper bags to put recycling in because we didn't have any in the house.  The library looked really pretty with the lights on as the sun was going down. 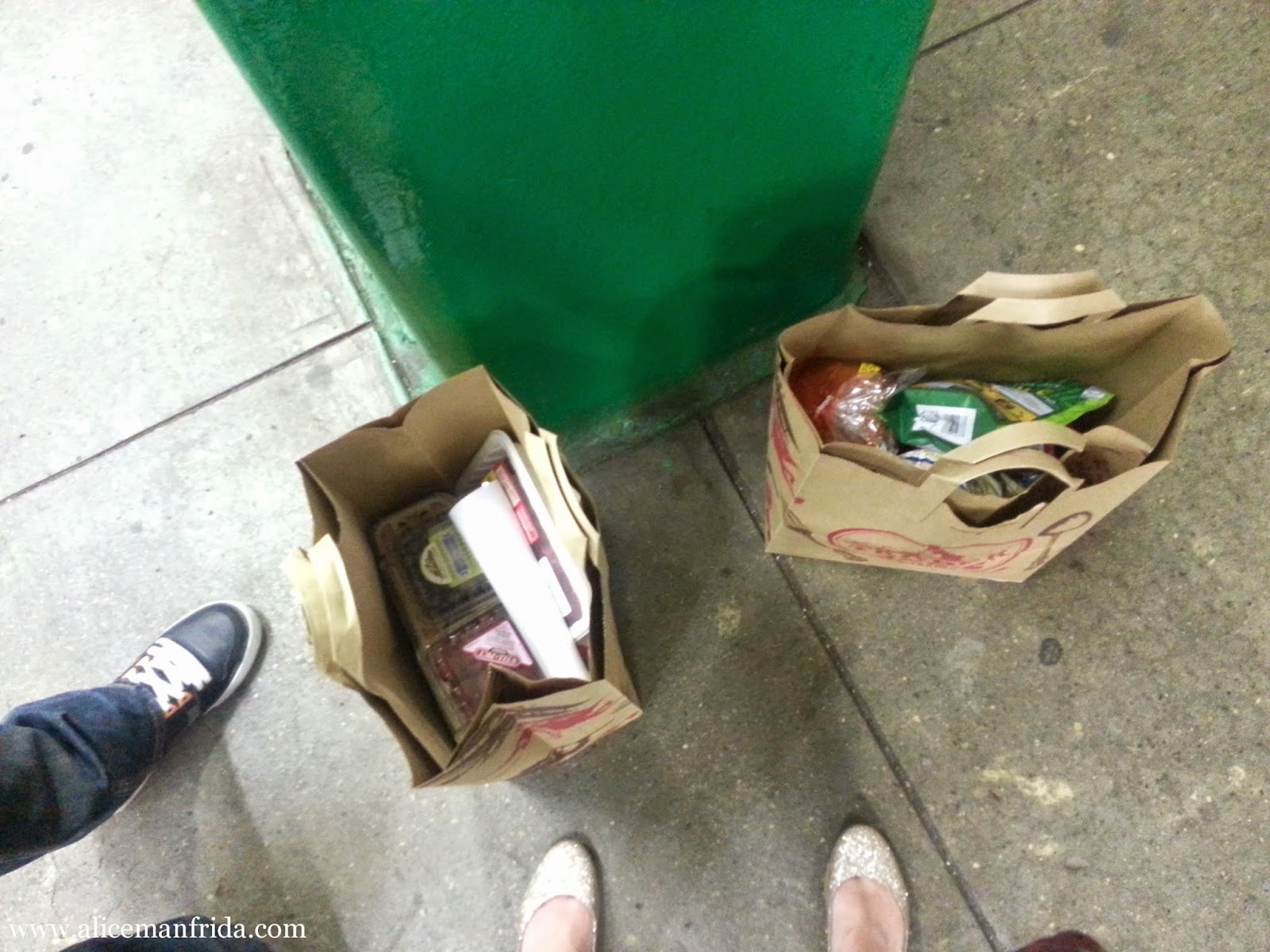 Just a couple of boring adults lugging groceries home on a Friday night. :) 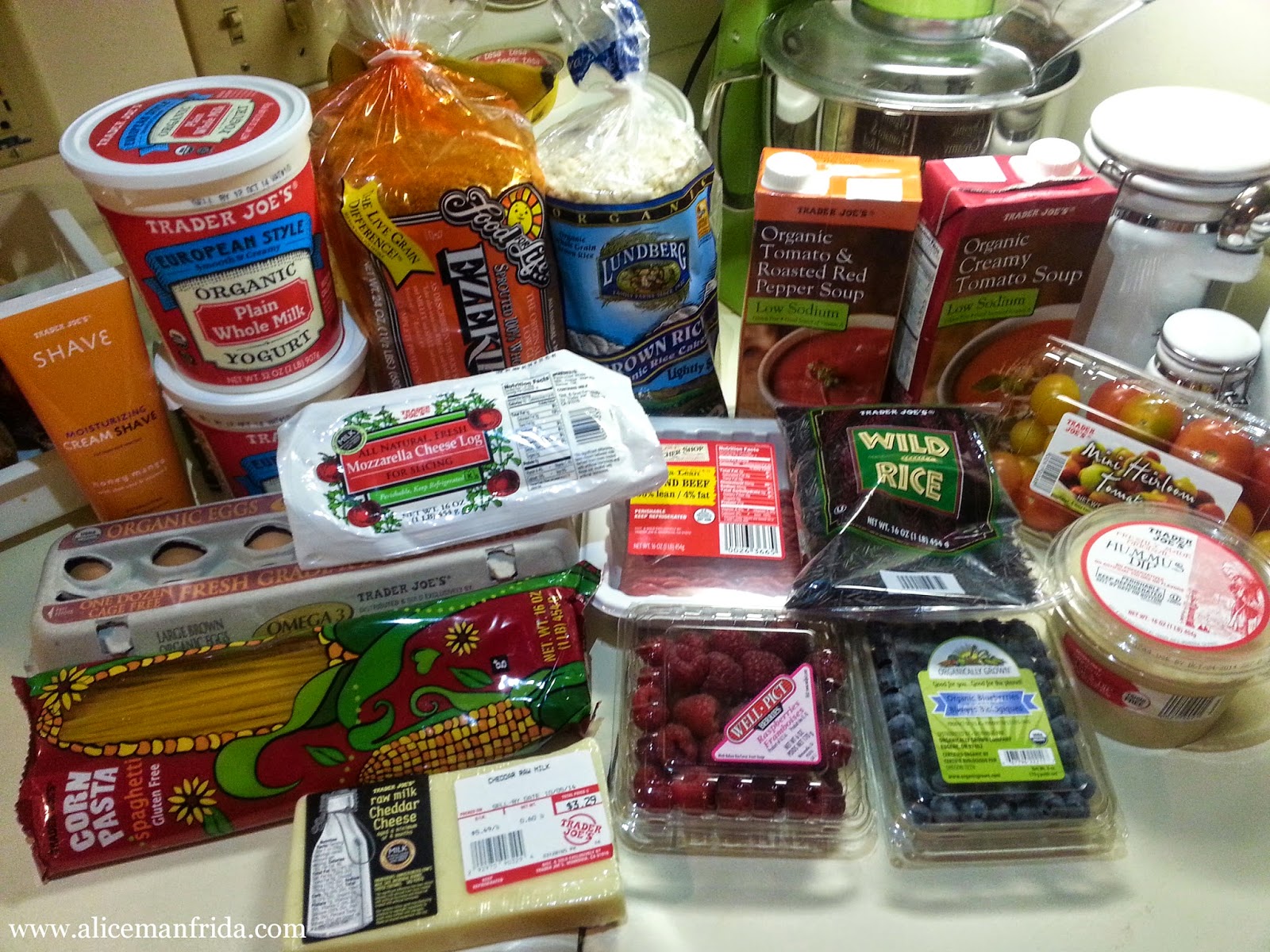 This is what we got at Trader Joe's!  Right before I sat down to write this post I had a grilled cheese sandwich and tomato soup for lunch.  The raw milk cheddar cheese is pretty mild, as far as cheddar cheese goes.  Also, I just want to point out the gigantic bag of wild rice.  Usually I have a hard time finding it at most grocery stores and when I do it's usually a tiny and very expensive package.  This was like a jackpot! 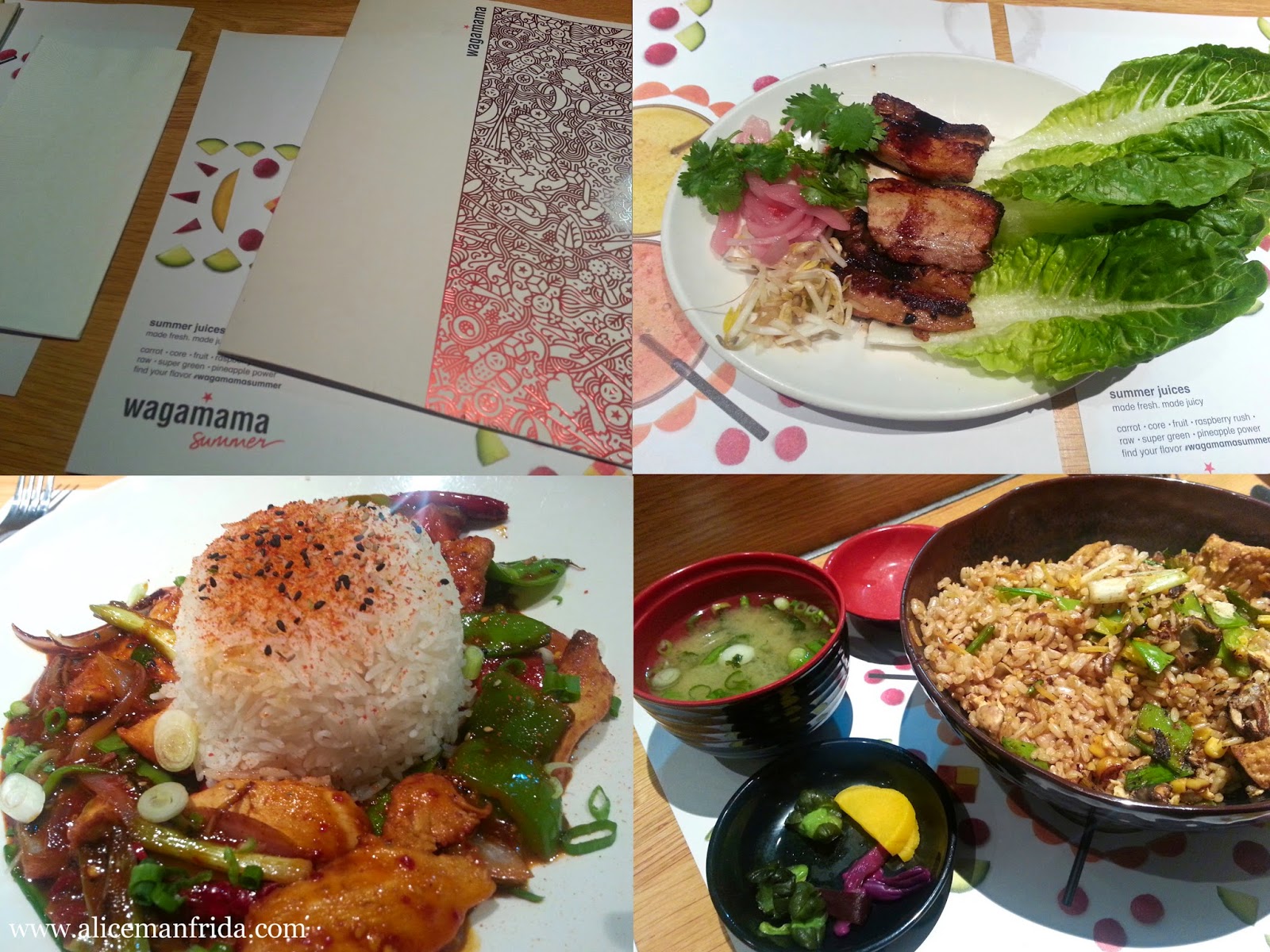 Saturday night I dragged Steve out in the rain to Harvard Square.  We bought some things for a couple of different friends having babies this fall (one was actually born last week!) and then we got a bunch of dvds and comic books at Newbury Comics.  As you can see, we ate at Wagamama.  Steve got the Firecracker Chicken, which is on the bottom left.  If you like spicy hot things then you should try this.  It has a really good flavor but it was soooo spicy. 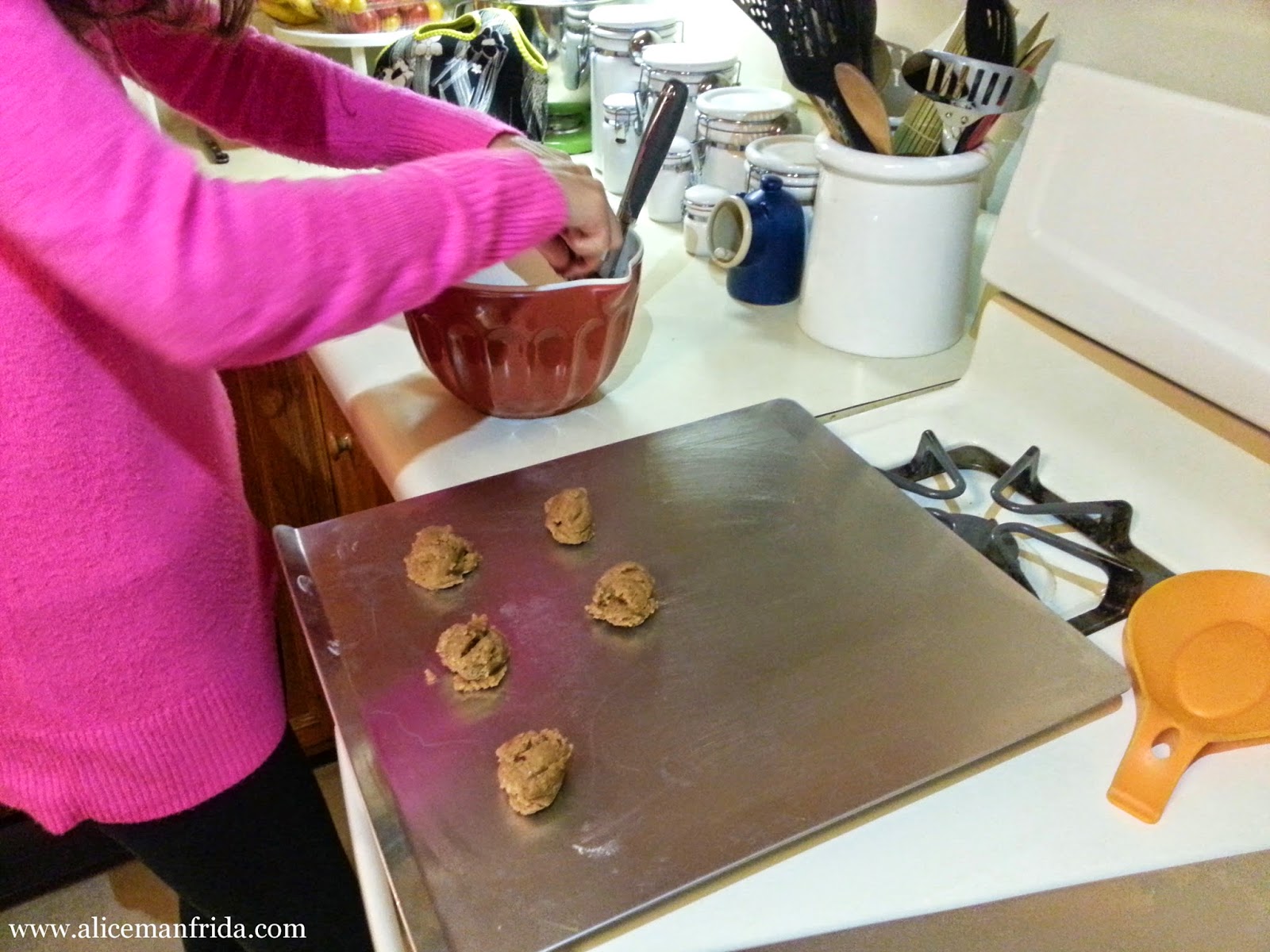 On Sunday I got up really early to catch a train and go to a baby shower.  I got to snuggle a cute baby and ate a giant amount of brunch foods...mostly pastries.  Once I was home I put on pajamas and baked some cookies.  Then I curled up on the couch with said cookies and watched a lots and lots of YouTube for the rest of the night. 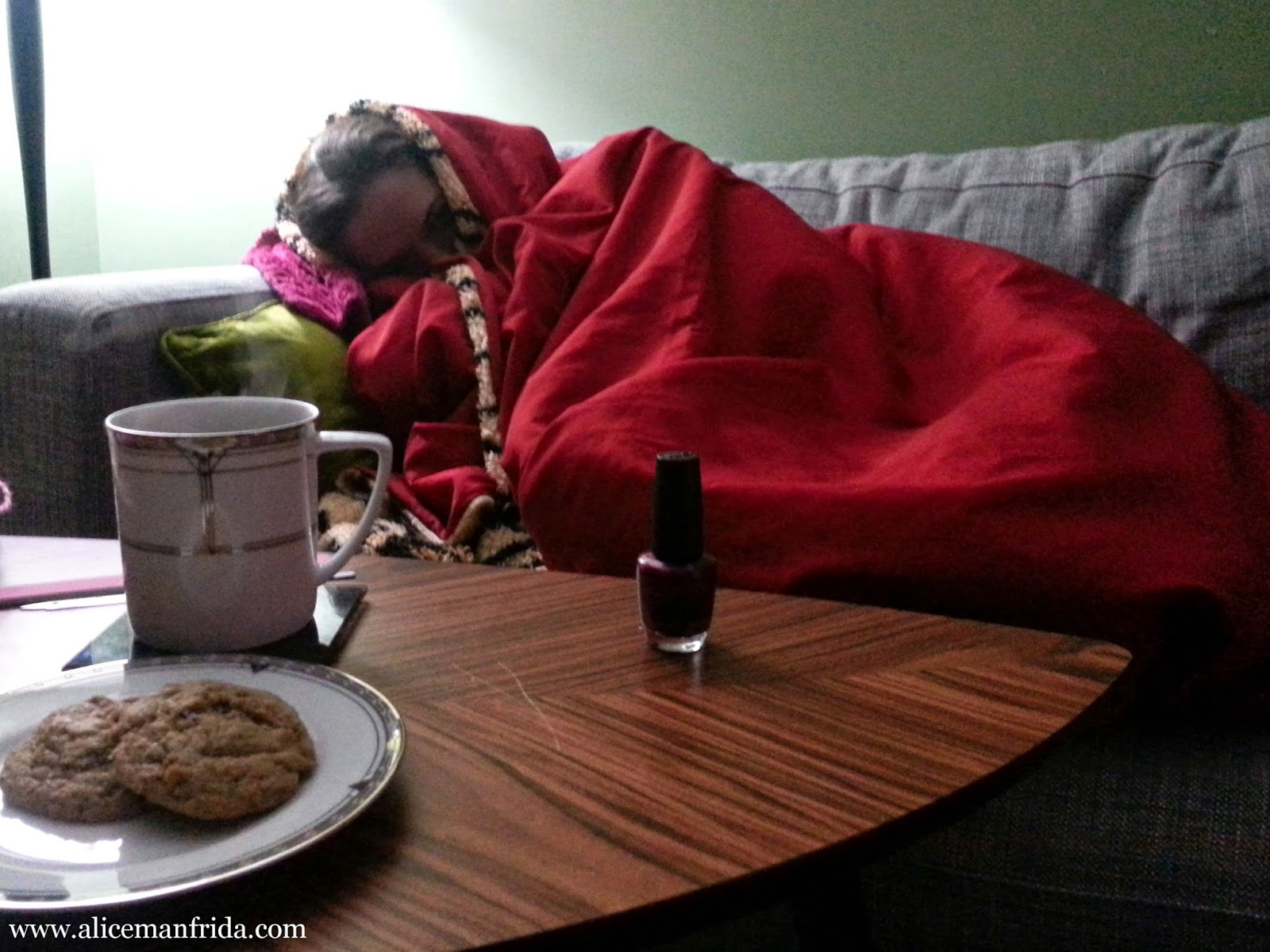