Yesterday I posted a picture of the massive current issue of Vogue that I have.  Today I have a picture of three super skinny magazines.  They are the August 1995 and 1997 issues of Teen and the August 1996 issue of Seventeen.  Although I obviously didn't know it when I bought these almost 20 (holy crap) years ago, these three faded and wrinkled magazines now represent a big chunk of my youth. 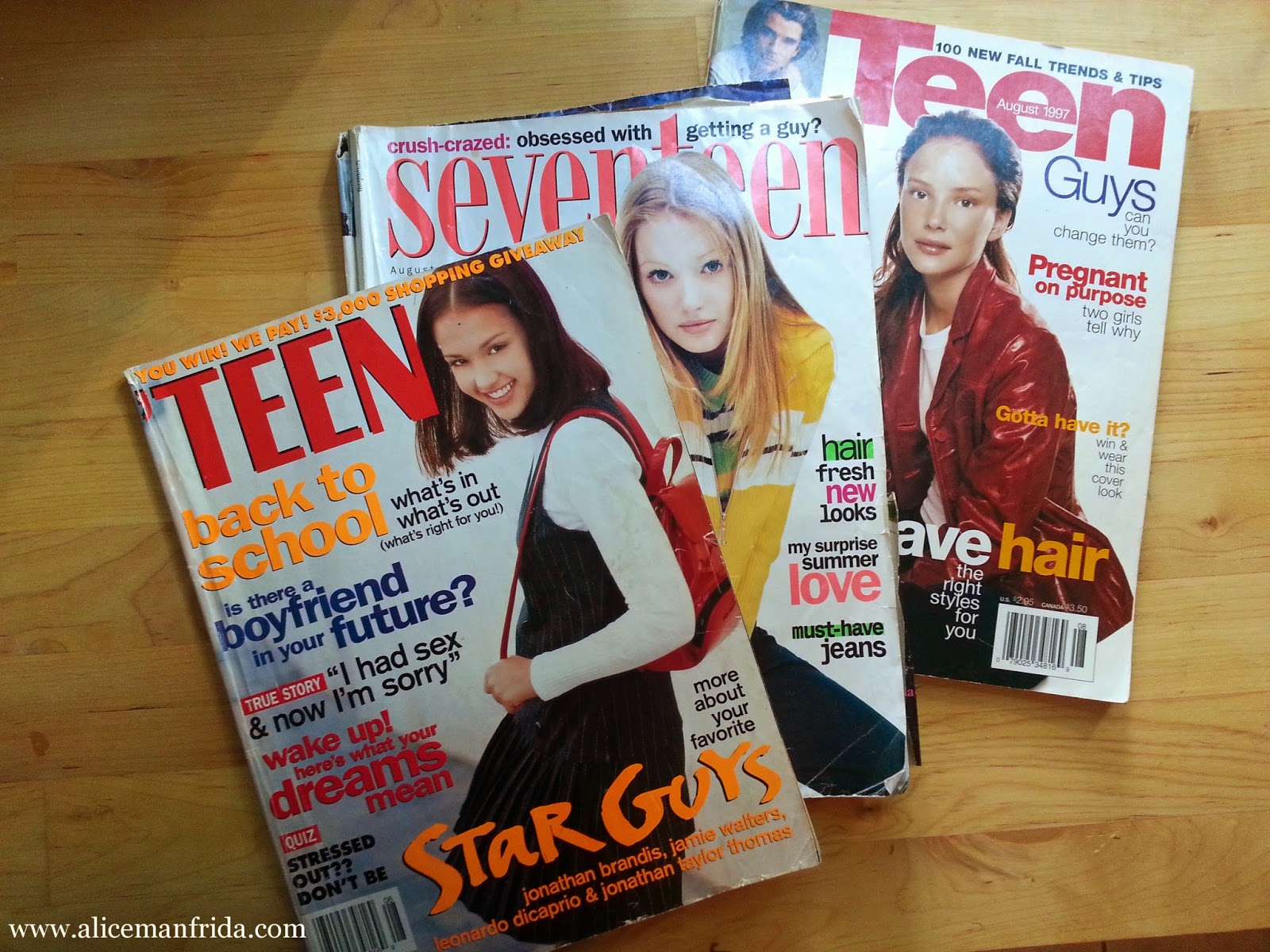 The August 1995 issue of Teen was the very first fashion magazine that I ever owned.  (Isn't 14 year old Jessica Alba SO cute?!)  I was heading into 7th grade and therefore to my town's combined junior and senior high school.  I'm the older sister so this was obviously terrifying and I wanted some tips on how to be a teenager.  And thus my love affair with magazines began...

Teen was the gateway and if I'd saved all the money I spent on magazines over the last two decades I could probably have a Scrooge McDuck money pool to swim through by now.  I actually saved every. single. issue. of Seventeen for probably six or seven years.  That included the multiple copies that I'd get if there was a month with alternate covers or if there were pictures of Leonardo DiCaprio that got added to the shrine of literally hundreds of Leo pictures I had taped up on the wall by my bed.  I needed to cut those pictures out but I also needed to keep the magazine for reference material.

My magazine habit is largely responsible for me knowing anything about anything.  I think I love the internet so much because it's like a never-ending digital choose-your-own-adventure magazine.  I liked the quizzes, makeup tutorials and fashion editorials equally.  I also thought it was cool how the editors got to decide what ads to put next to which pages and how to place the text and pictures on a page to make it look good.

So there's my throwback confession.  :)
Posted by Unknown at 5:21 PM