I haven't posted a lot on here in the past couple of weeks and there are a number of reasons why.  The last two weeks have been crazy.  There have been a couple of stressful events that have happened in September which have made it hard for me to be in the mood to write much of anything on here.  I wasn't really even feeling in the mood to do much of anything on the internet.  Also, even though I am not going to discuss it at all, I do actually have a job, and that seems to have taken up a bunch of my time lately.  Hopefully, that will be a little more under control now.  :)


On top of all of that (which I am pretty sure is all settling down now) I've been reorganizing my house for the past couple of days, pretty much non-stop, because on Thursday we are getting a kitty!!

Not a kitten.  A 6 year old cat.  Stella is going to be moving out of my dad's house and into mine.  Although Steve and I have talked about getting a cat in the next couple of years anyway, we didn't exactly set up our things in a cat friendly way when we moved into this place.  I'm just not trying to have expensive crystal accidentally fall and then break and end up inside of a paw that then tracks bloody paw prints all over my house.  So the stemware has gotten a new home.  It has also prompted me to do a major fall cleaning in the entire house and that's what I've been doing for 3 days now.

Since I have no pictures to share from this weekend, here are two, kind of back lit pictures of this awesome phone stand that I bought recently.  It's a kitty.  Ha ha!  It's seriously awesome and was totally worth every penny because I can prop my phone up to watch videos and I can use it with my iPod to Facetime with my family so they don't have to look at the ceiling when I want to talk hands-free. 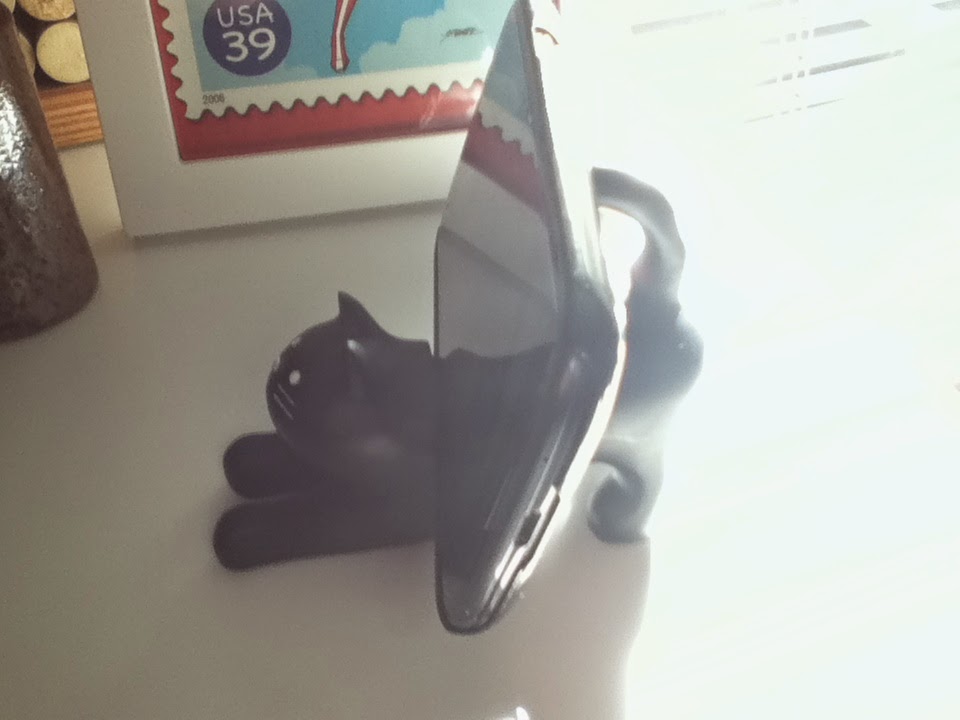 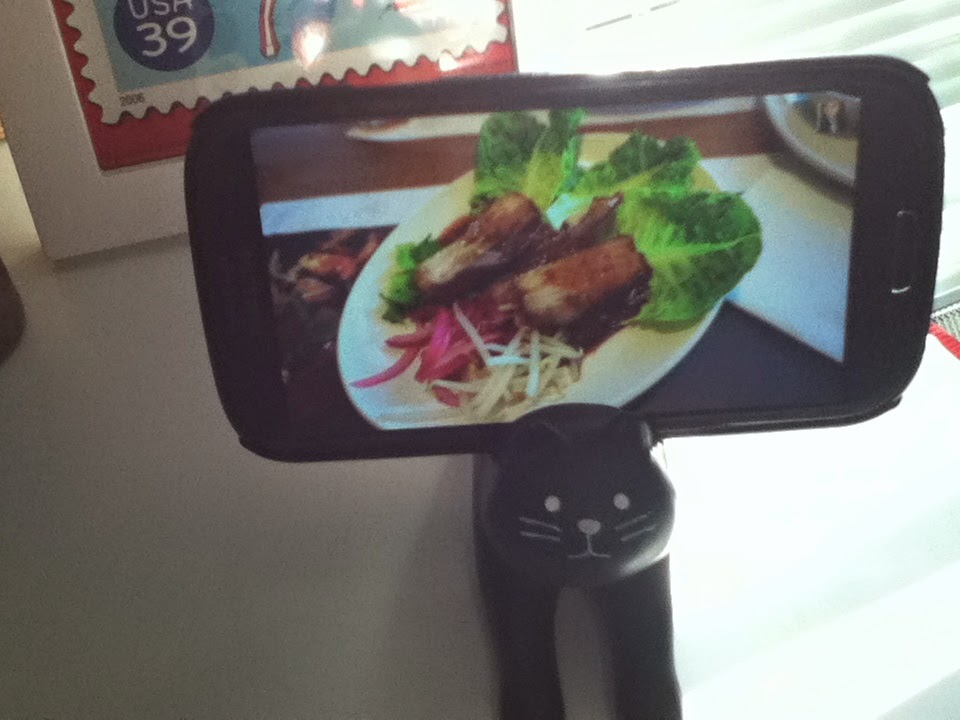 This is the front view of the cute kitty face with my phone in it.  I was watching Gabriella Lindley's daily vlog and she happened to go to Wagamama and got the exact same appetizer that Steve and I got the last time we ate there.
Posted by Unknown at 4:43 PM