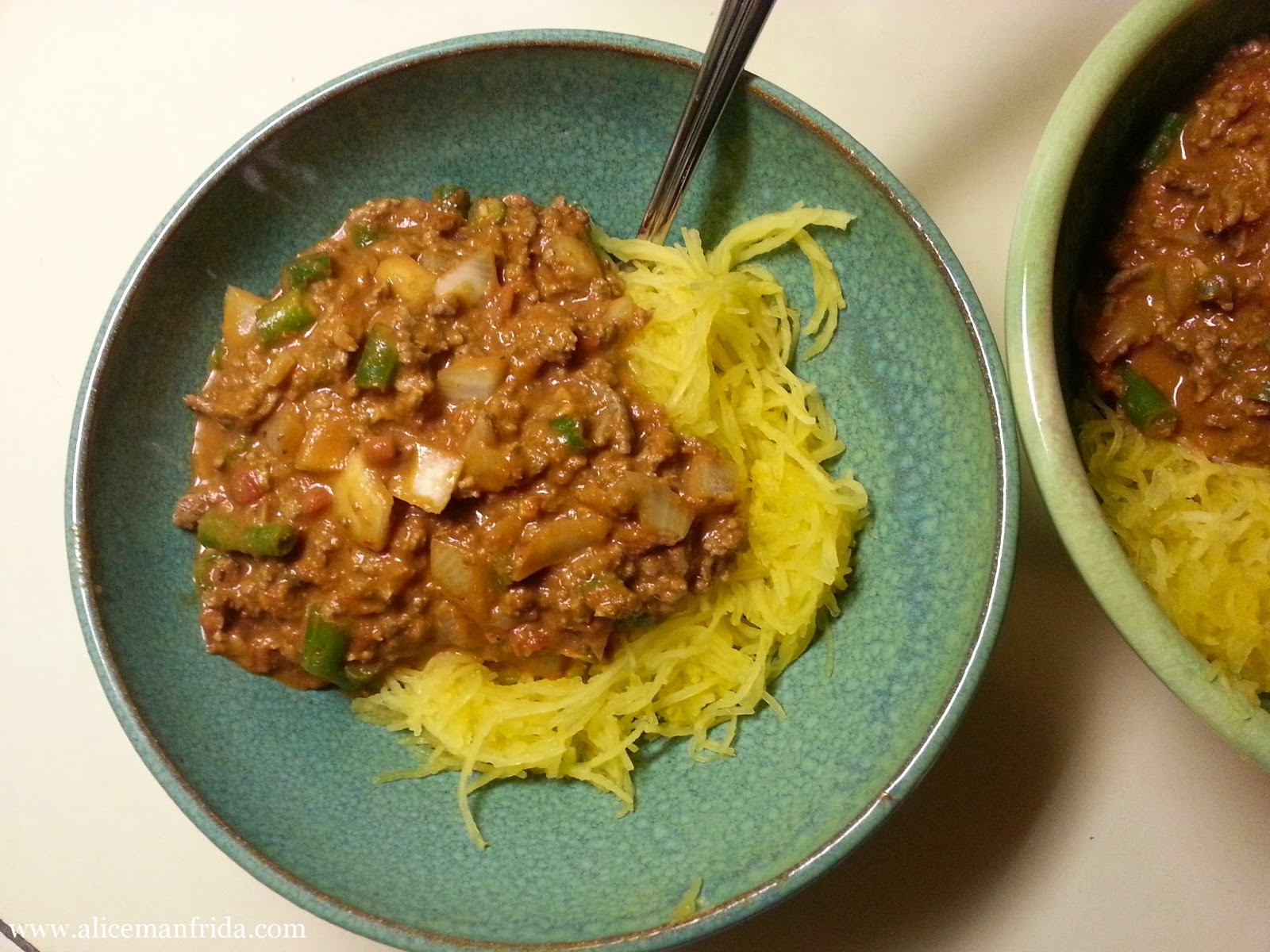 I like this meal because the only thing that I don't regularly have laying around in my kitchen is the squash.  It's not something I really had to plan out.  I made this one or two nights before trash day as a way to try use up the green beans I had in the fridge that weren't going to last much longer. 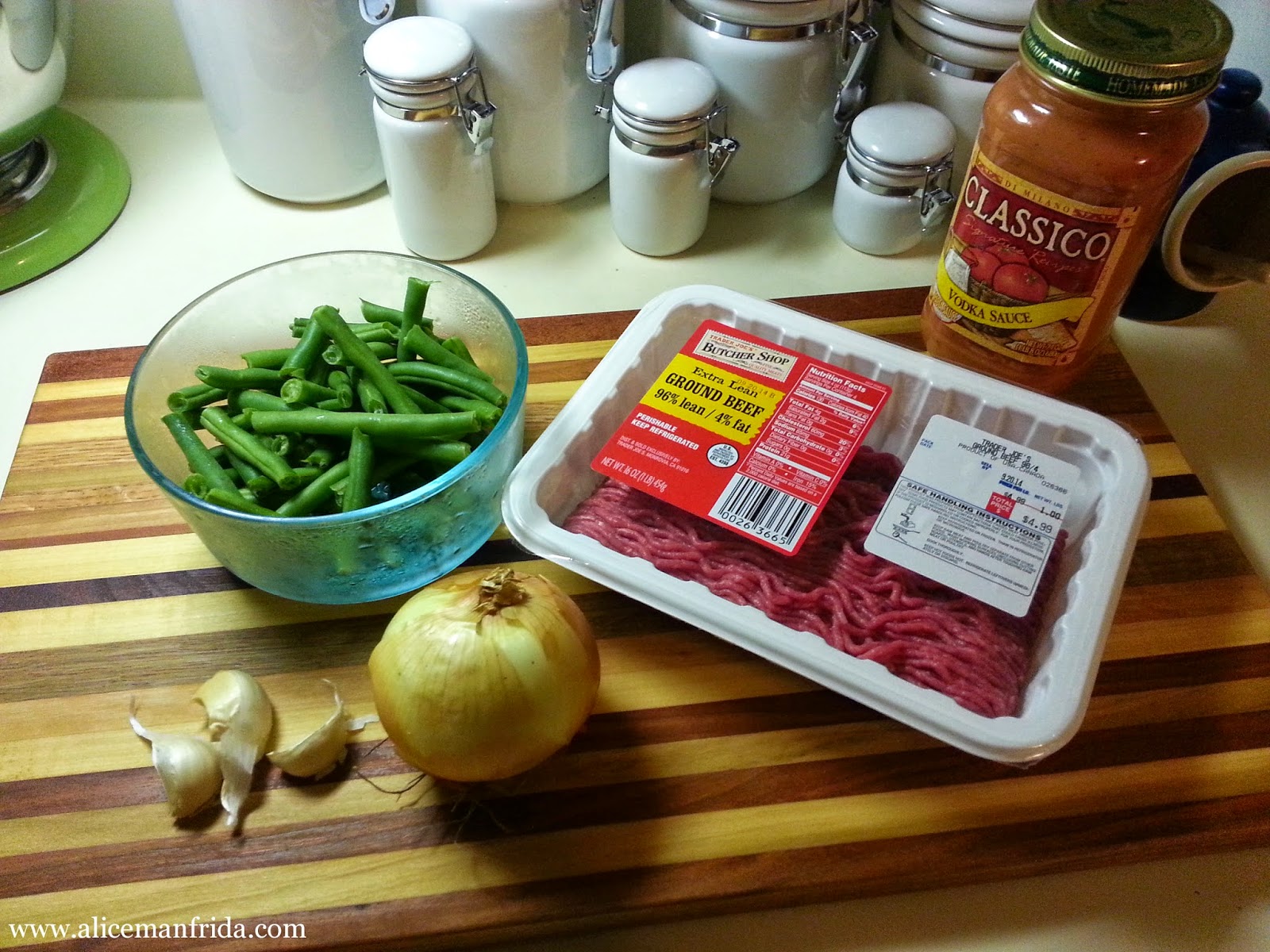 The most difficult part about cooking spaghetti squash is cutting it.  Chop off the ends and then cut it in half the long way.  Once the seeds are scraped out, it looks like two boats.  Put the two halves in a baking dish cut-side down.  By cutting off the ends the steam can escape while it's cooking.  Bake the squash for about a half hour, maybe a little longer, at 375°F. 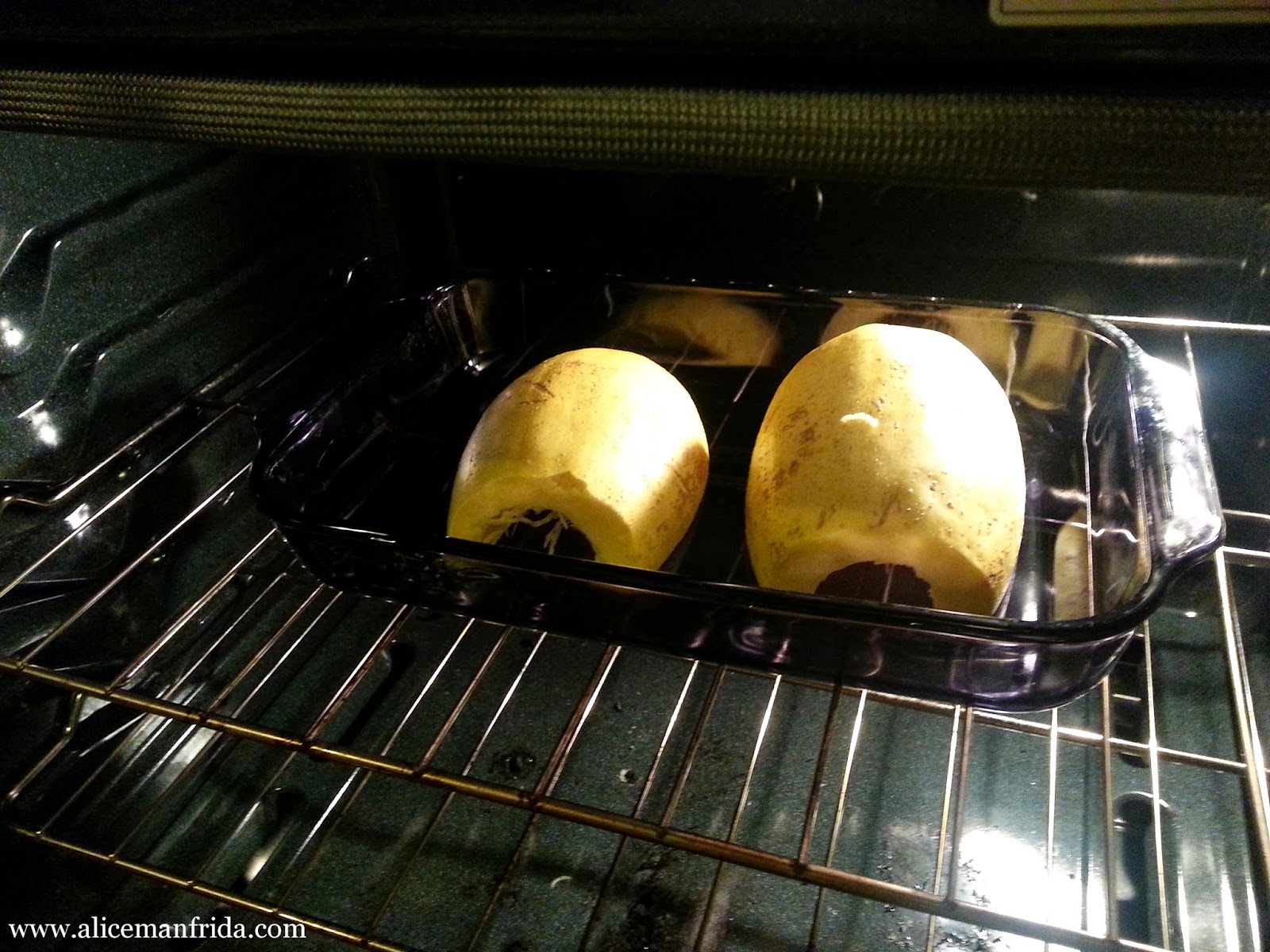 While the squash is in the oven, I browned the beef.  Then add all of the veggies and an entire jar of sauce.  I used vodka sauce this time because that's what I happened to have in my cupboard.  If you don't want to use meat you could replace that with mushrooms or whatever else you want. 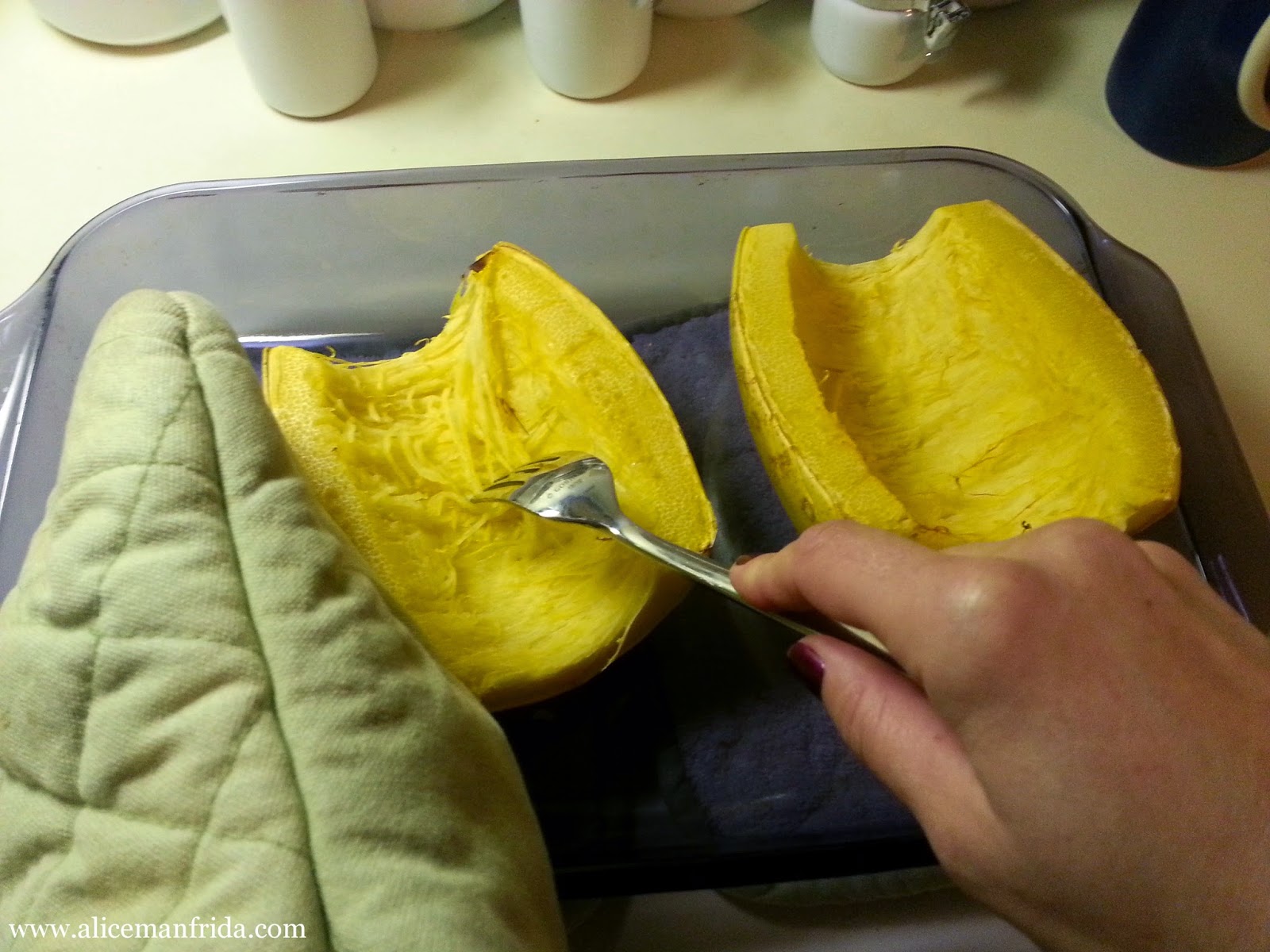 When the squash comes out of the oven, flip over the pieces.  Make sure you use an oven mitt or a pot holder to hold the squash.  It will kind of move around for this part because it's balancing on the rounded side.  Use a fork to scrape at the squash the long way.  It'll break apart in strands that look like spaghetti (hence the name).  This wasn't a huge squash and we didn't have a second starch so we ate the whole thing that night.  But they can be pretty large.  If you have more than you can eat, it can go in the fridge and be reheated just like any pasta...except I think it comes out better than reheated pasta.
Posted by Unknown at 8:30 AM