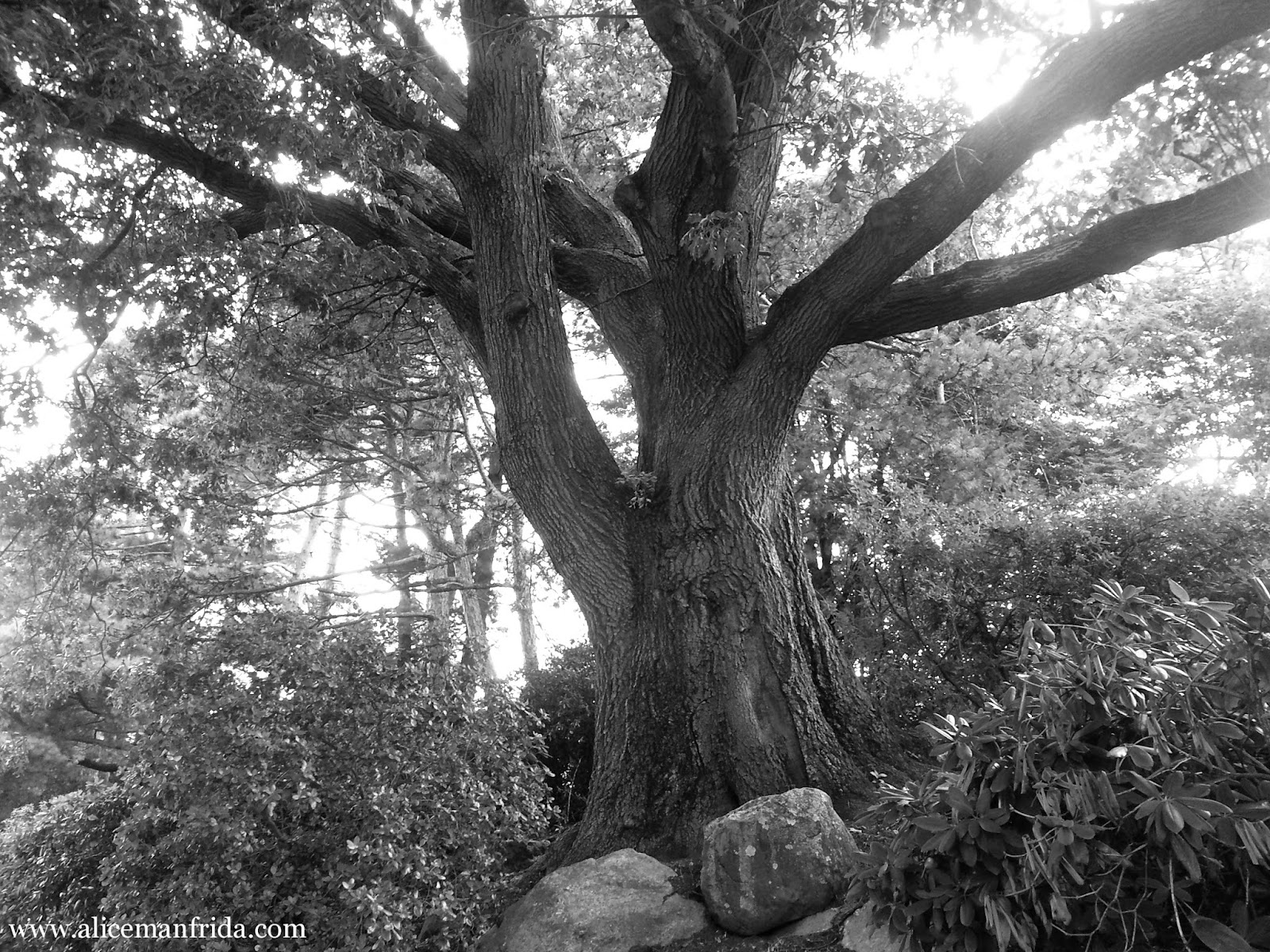 On Saturday I went to a good friend's baby shower.  I drove for about the third time in a year to get there.  It was a sunny day so most of the party was held outdoors.  :)

On Sunday I slept in until 10am, which is super late for me.  We went out for coffee and sandwiches around 1pm because I was too slow and by then it didn't feel like brunch made sense.  I found this giant tree by the side of the road.  It was looming over the sidewalk so I thought it deserved to be shot in creepy black and white.

I like that there is a lot of green space in this city.  It makes it easier to keep living here even though it's one of the most expensive places to live in the country and the public transportation continues to rob us of our sanity bit by bit.  Driving around the area where I grew up on Saturday was making me think that maybe it would be easier to just move out of the city and get a car.  So many things that make city living difficult would be eliminated, like carrying groceries on a packed bus, and...winter.  Maybe someday I'll do a whole post called "City Living is Hard."  Ha ha!  But, whenever I think about it, I realize that I can't identify a scenario in which I'd leave happily.

That's pretty much it.  Not the most exciting weekend, but a weekend, nonetheless.
Posted by Unknown at 8:15 PM