Vacation Recap: At The Lake in Maine 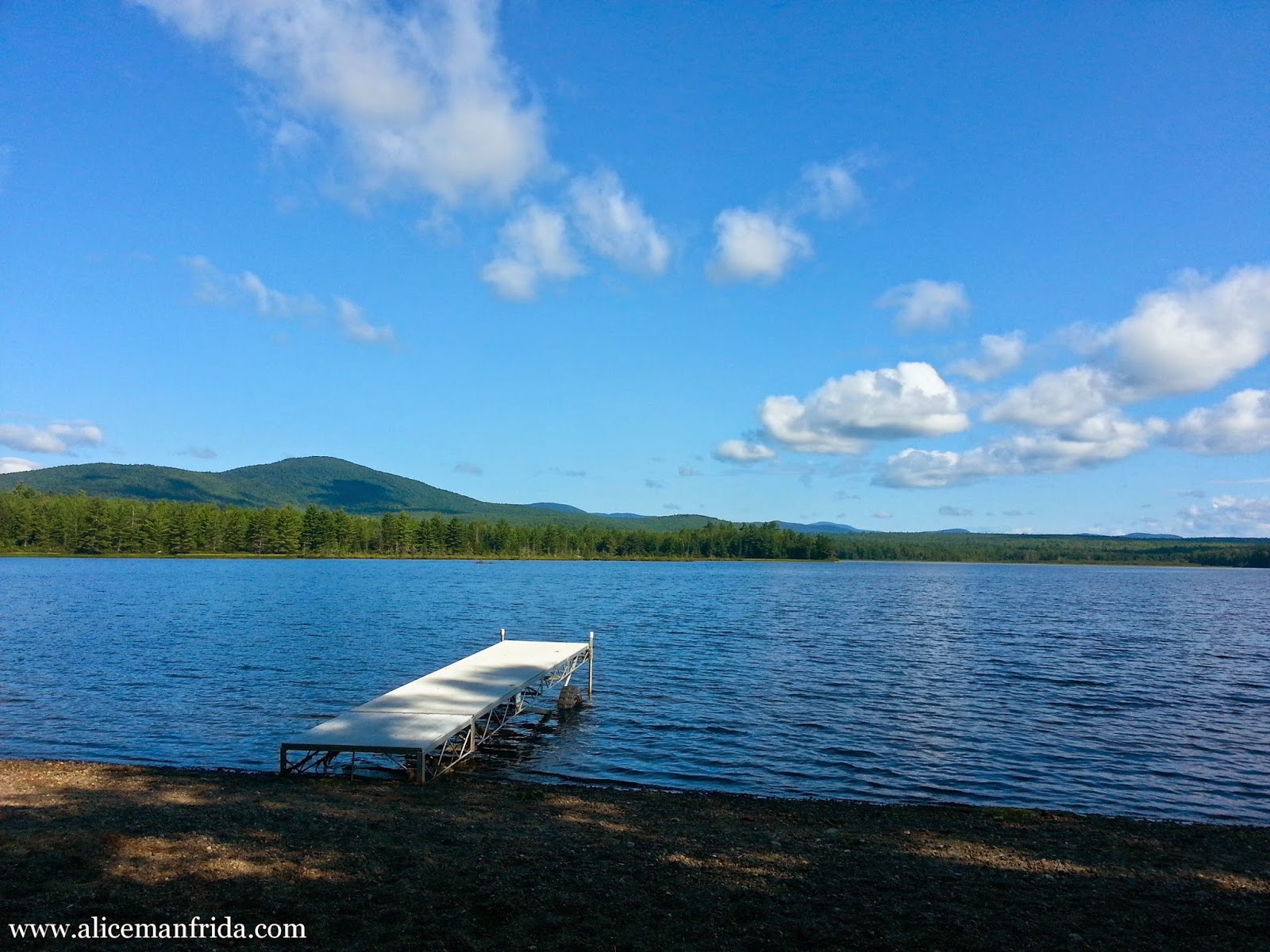 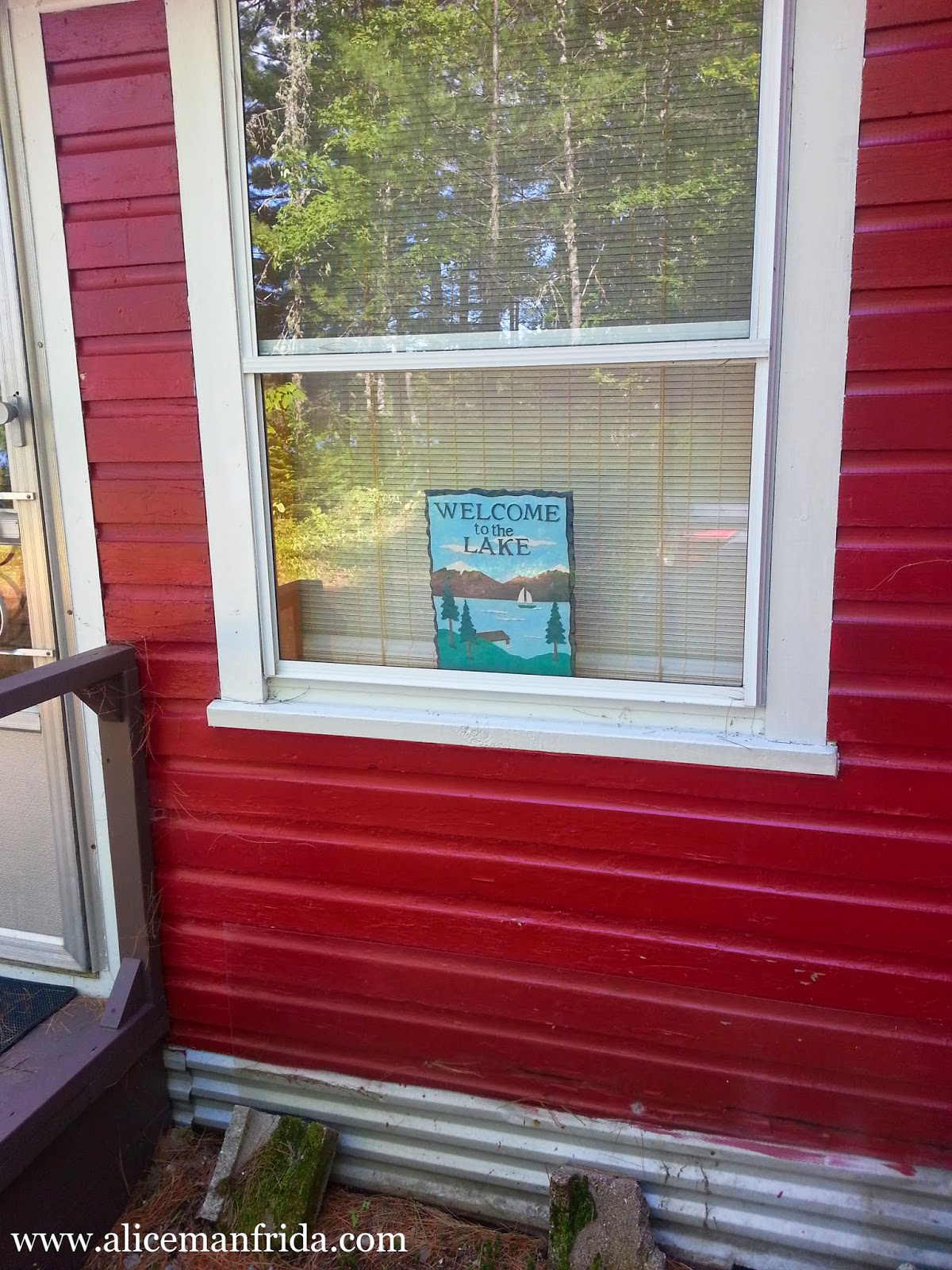 I just got back from a week by a lake, in the woods, in the middle of Maine. We were in a cabin with electricity and plumbing so we weren't roughing it but, it was pretty off the grid. It was really nice to have almost no access to internet or cell service for an entire week. After about 24 hours I actually stopped caring what time it was. Instead of a honeymoon last fall I went to work 2 days after our wedding and basically stayed there until February so since this vacation was just me and Steve and a bunch of noisy loons we decided that this must have been our honeymoon. 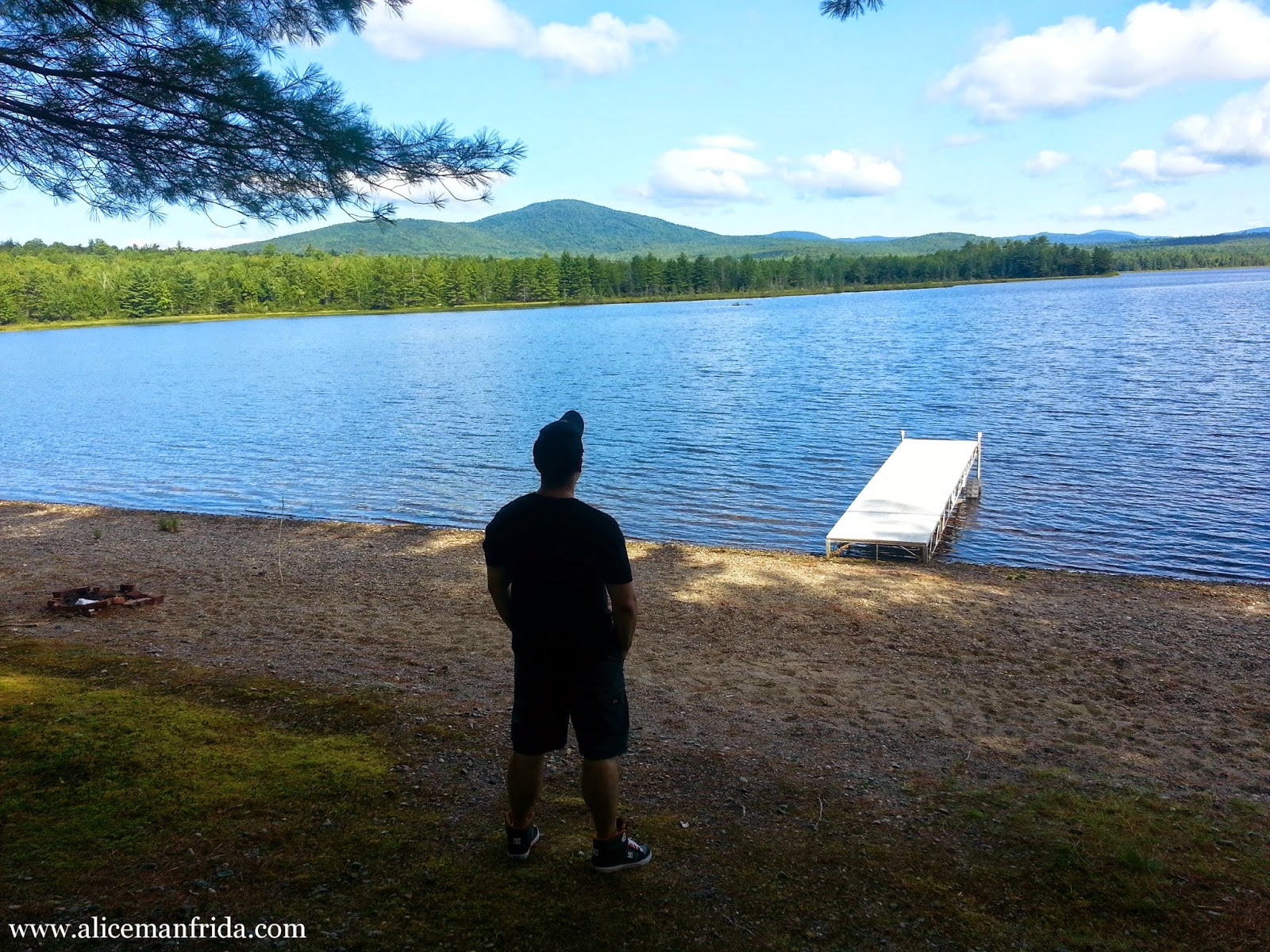 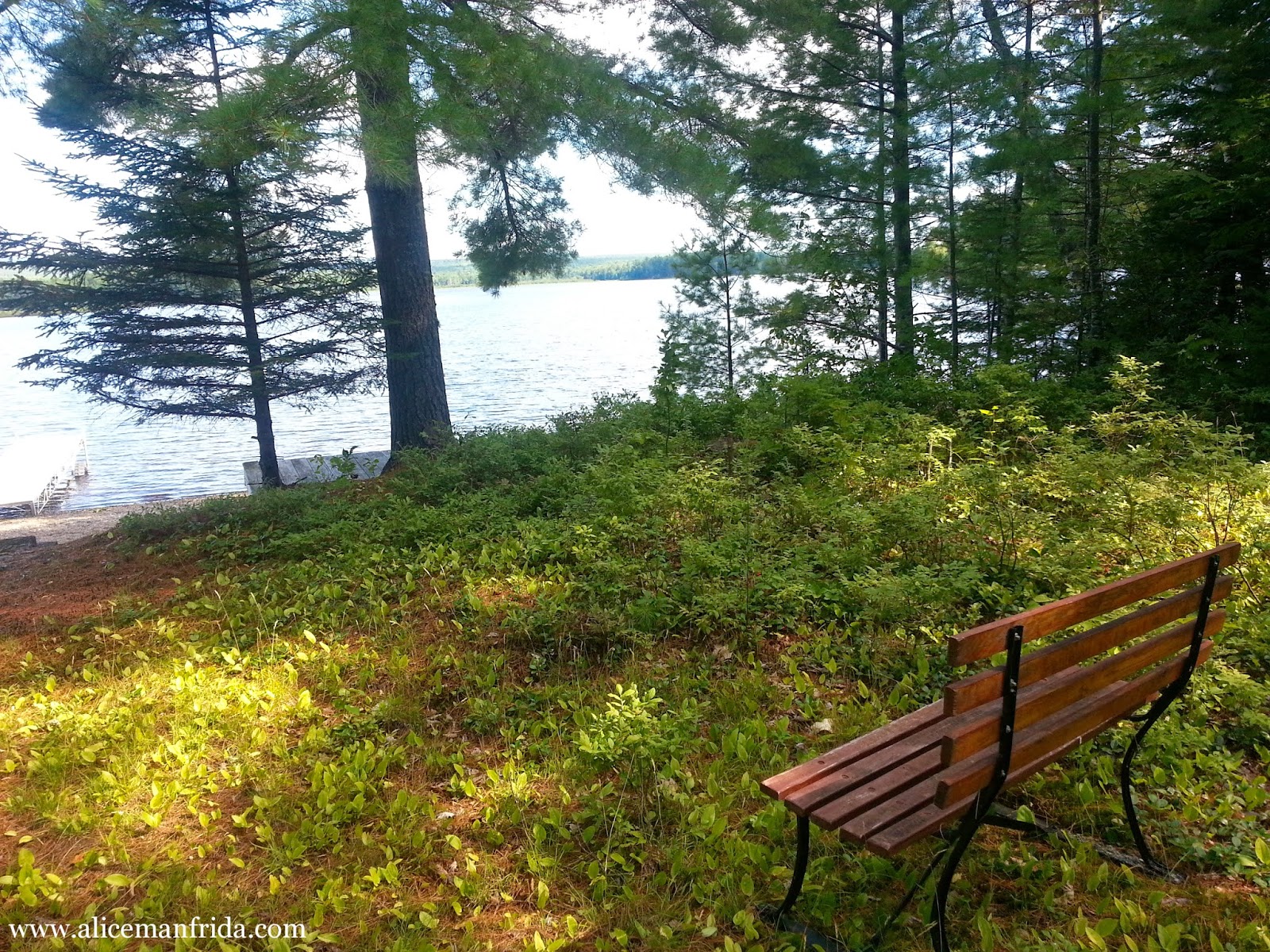 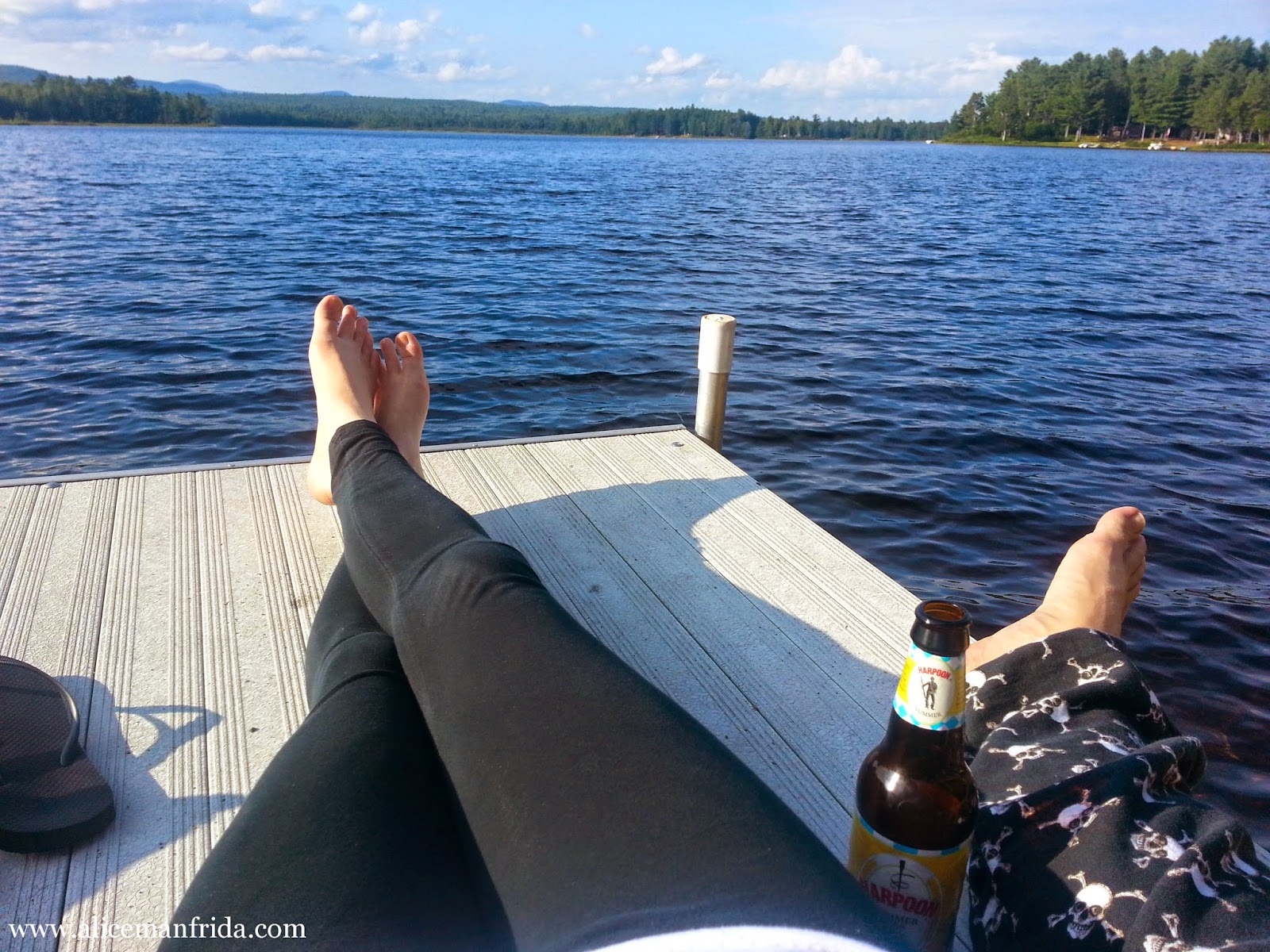 Although I am definitely a city girl and have a serious romance with my computer, I did grow up camping in tents most summers so I am no stranger to spiderwebs and pine needles all over the place. I got all of the wildlife this week. I saw a mamma moose and her baby, I saw an eagle fight a hawk, I saw two male hummingbirds have a 30 minute altercation at the hummingbird feeder...it was ridiculous. I wish I had a picture of the moose and her baby because literally seeing a moose has been my actual life goal for probably more than 15 years and now I need a new life goal. But I was on the beach and busy just looking at them to bother with going to get a camera. 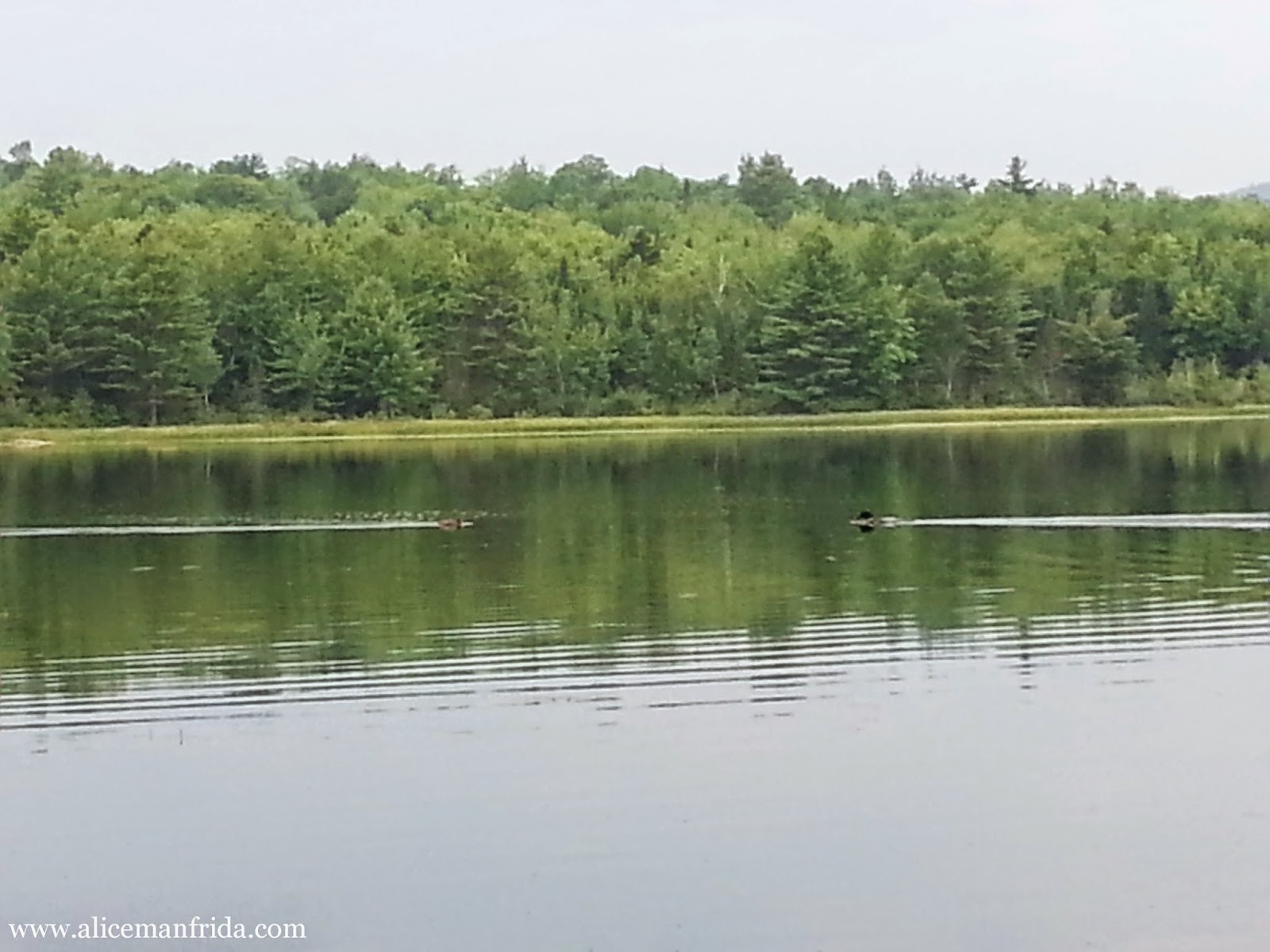 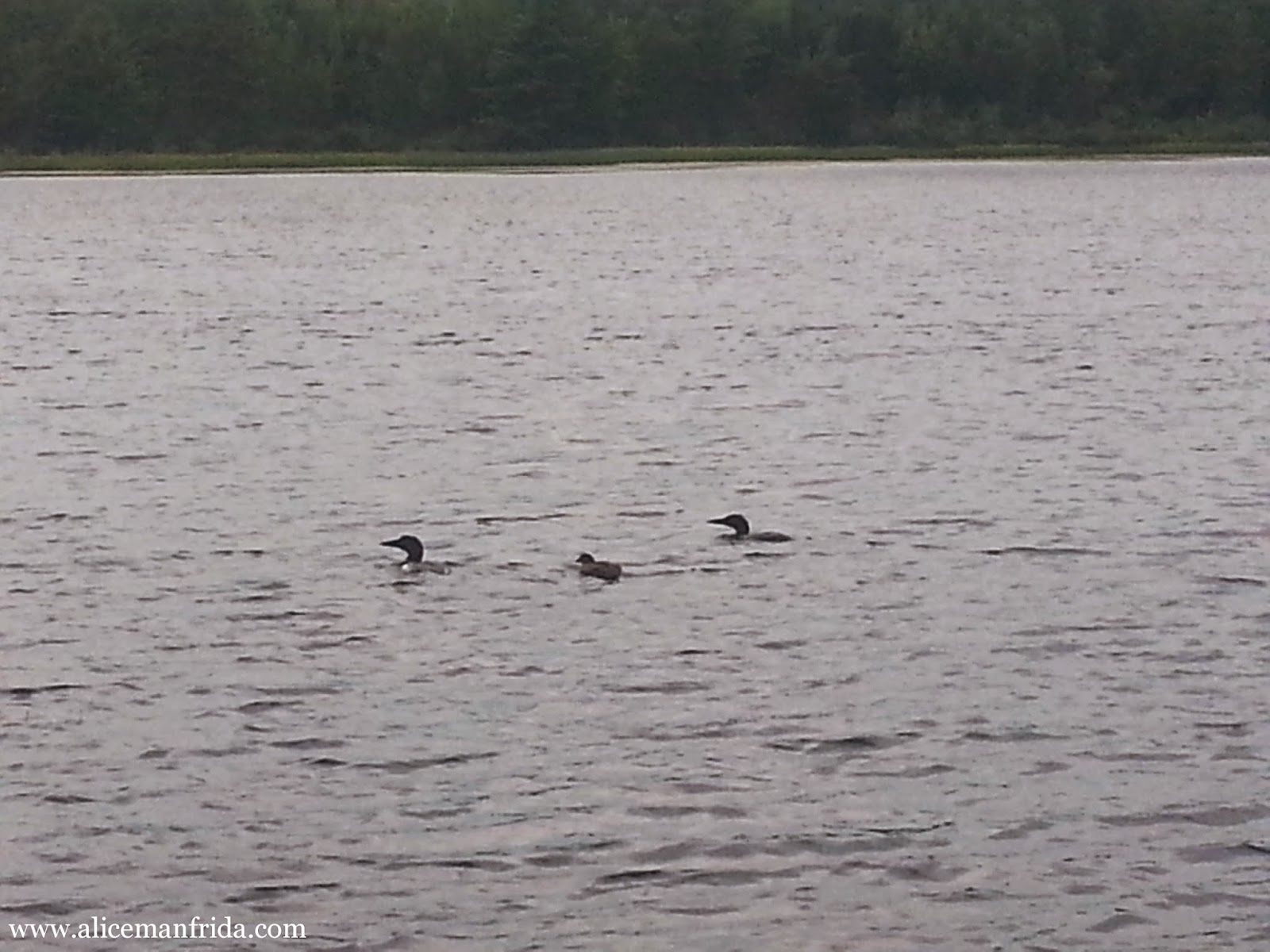 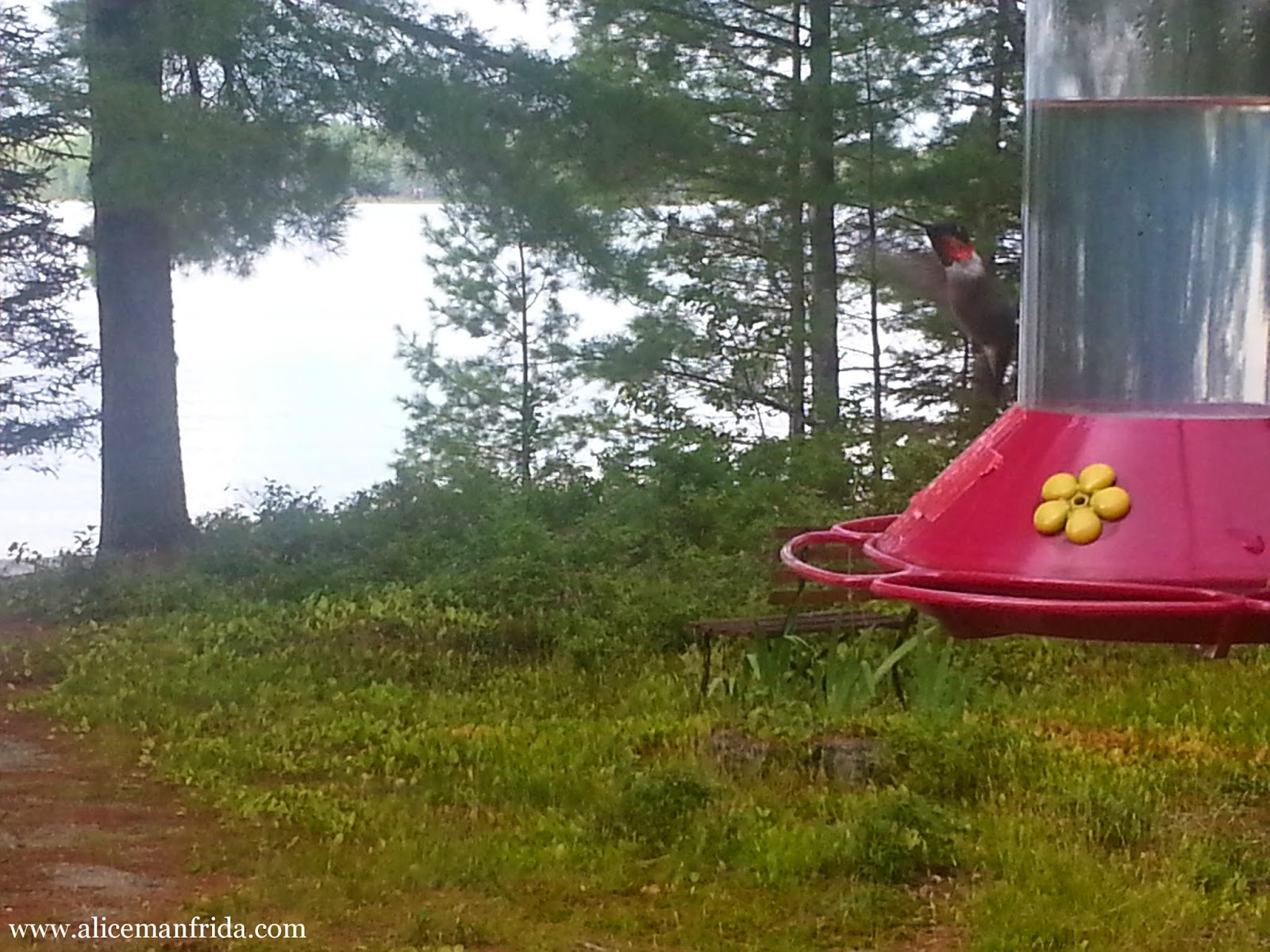 We went out in the peddle boat and saw a sunbathing turtle, some ducklings and a large amount of prehistoric sized dragonflies. It was only really hot one of the days and the rest it was either comfortable or raining. But that was fine because it was still peaceful and pretty. There were also two loons swimming around with their baby loon. The baby is brown and fluffy and couldn't dive so the parents would dip down and bring food up to the baby. 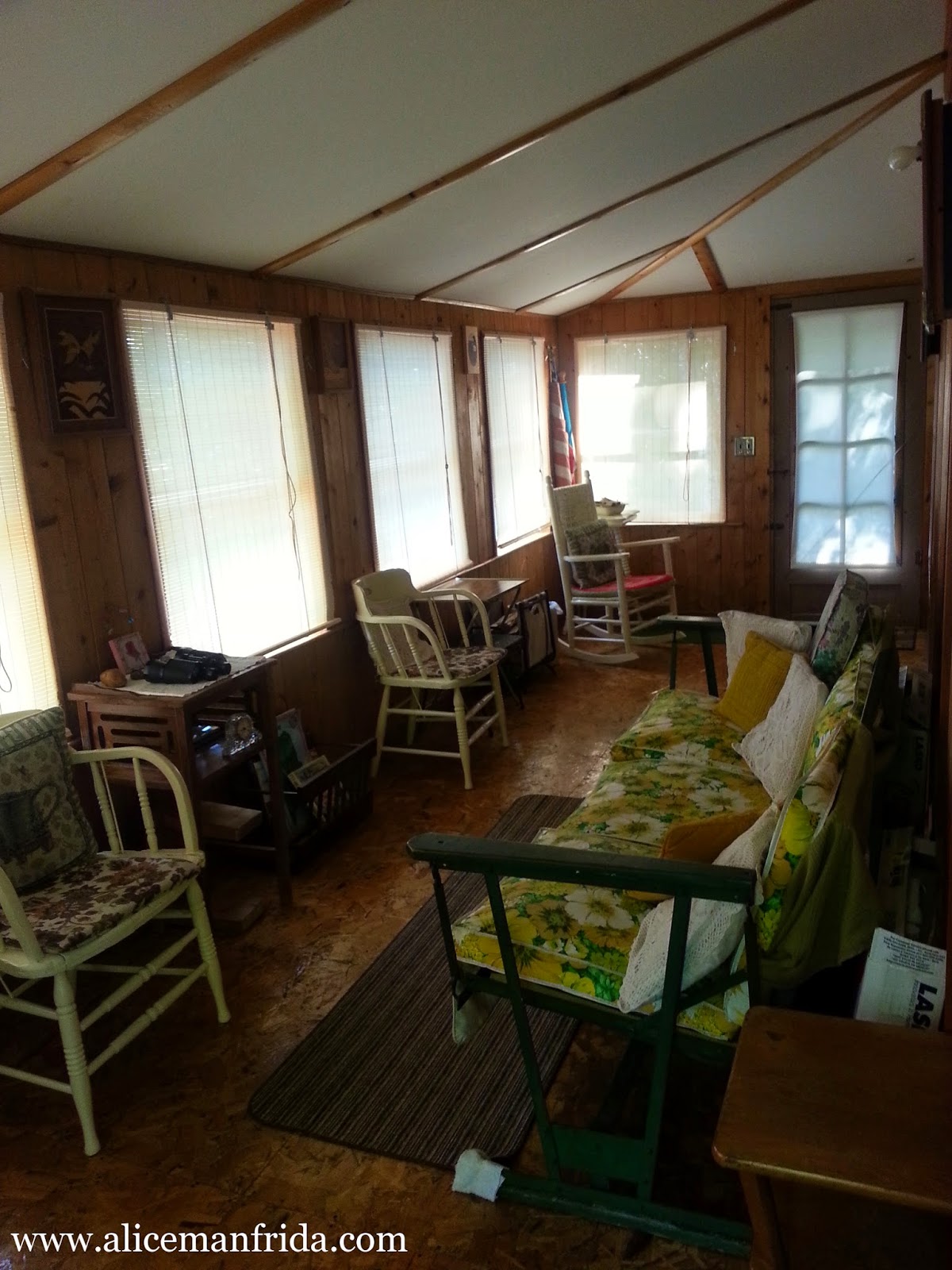 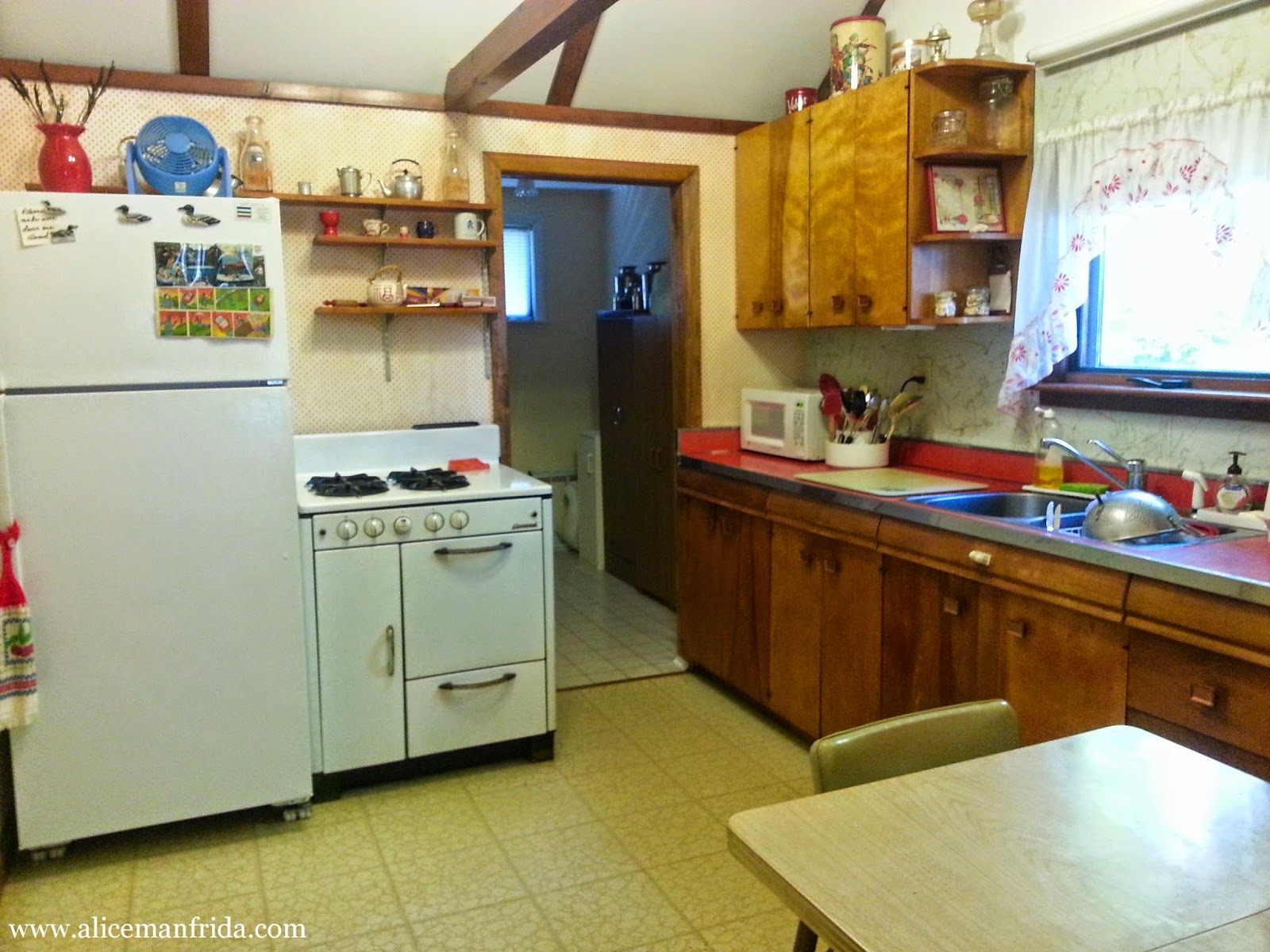 It was nice to be fake camping with full use of a kitchen and grill so we could cook and eat like we normally do. Come back for my Tasty Tuesday post tomorrow to see pictures of what we made for the week.  It was awesome to be disconnected for a week.  We watched a ton of movies, played games, read a giant pile of books and I got a bunch of knitting done on a blanket I'm working on for my mom. 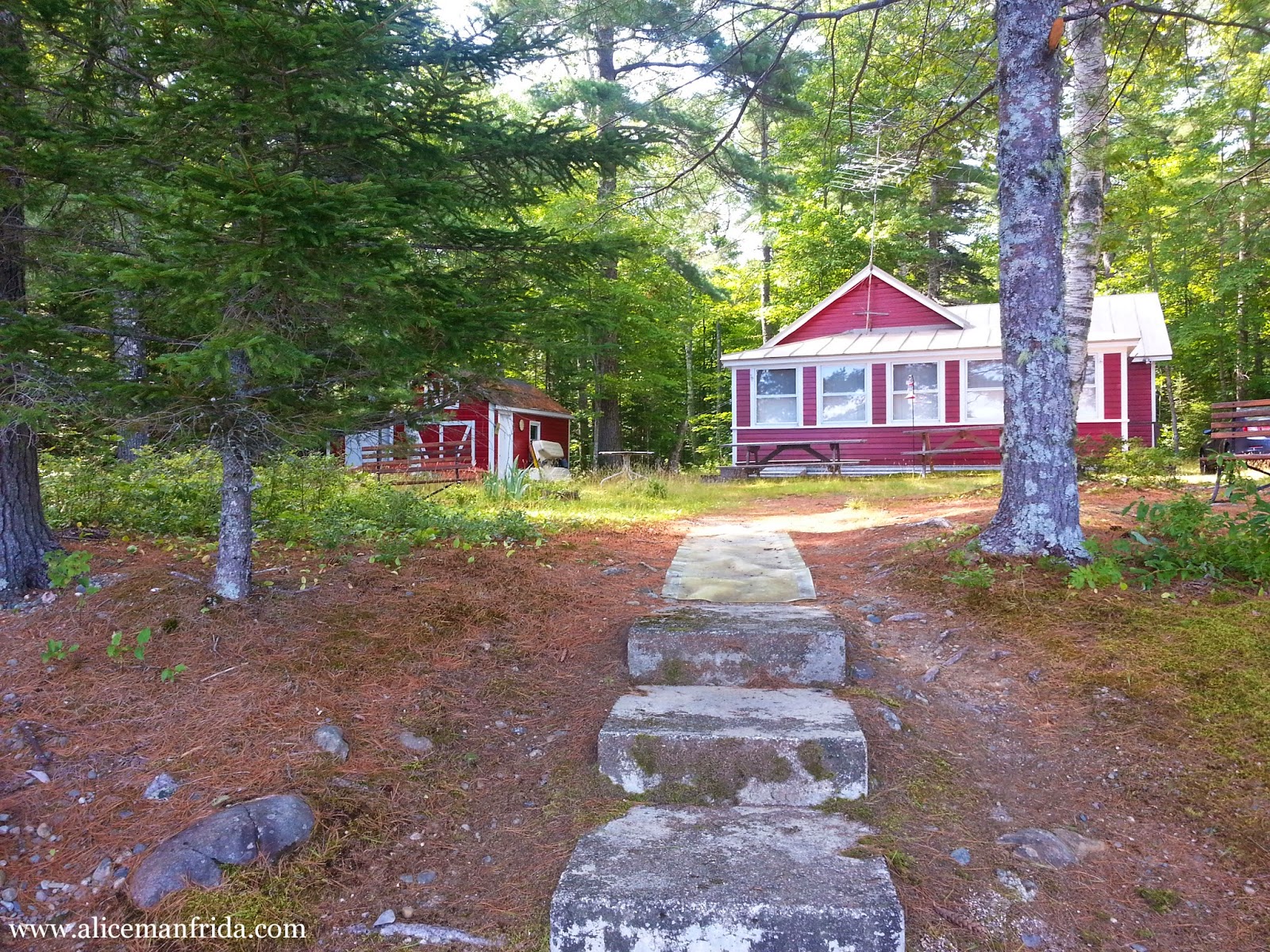 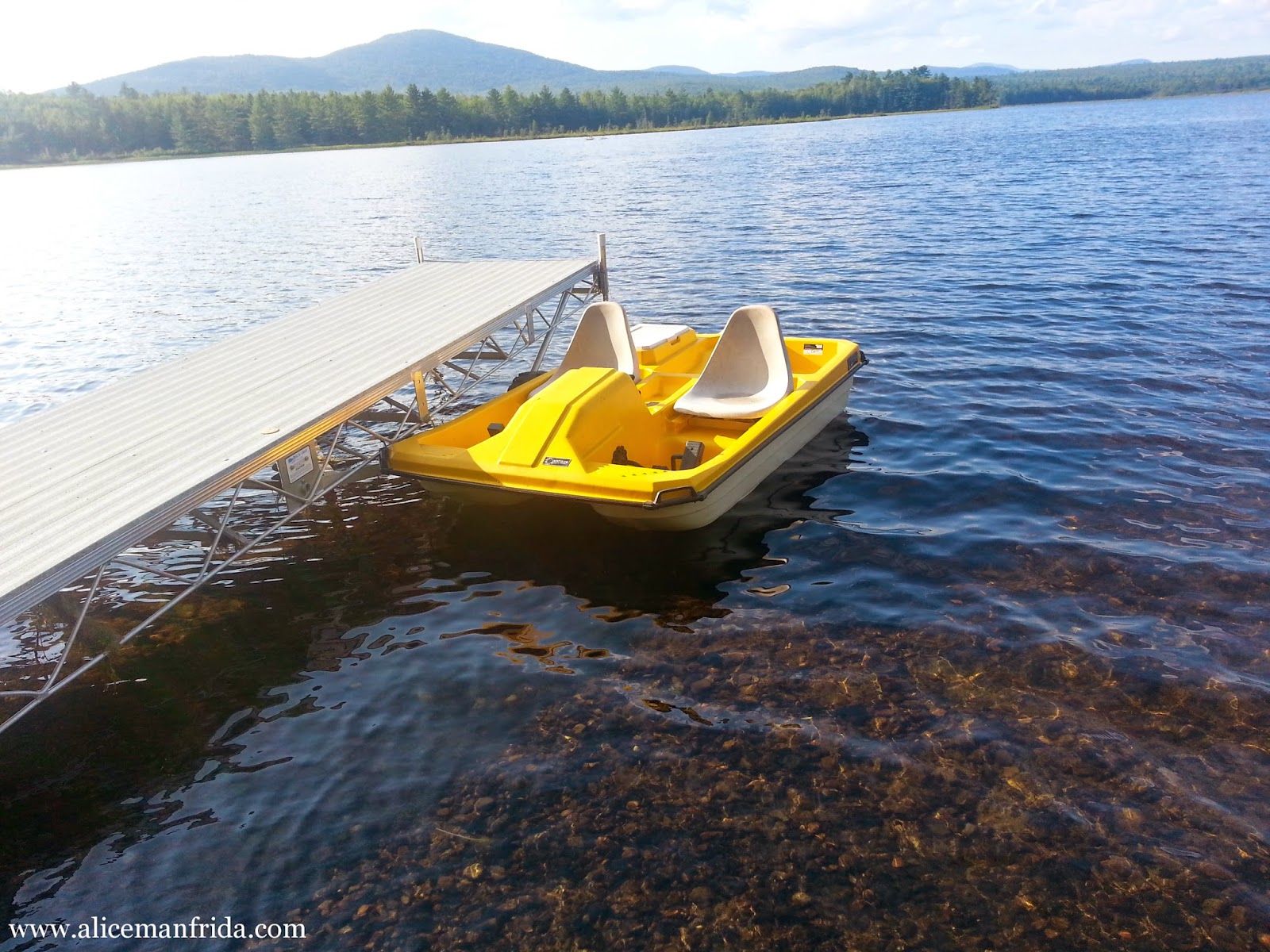 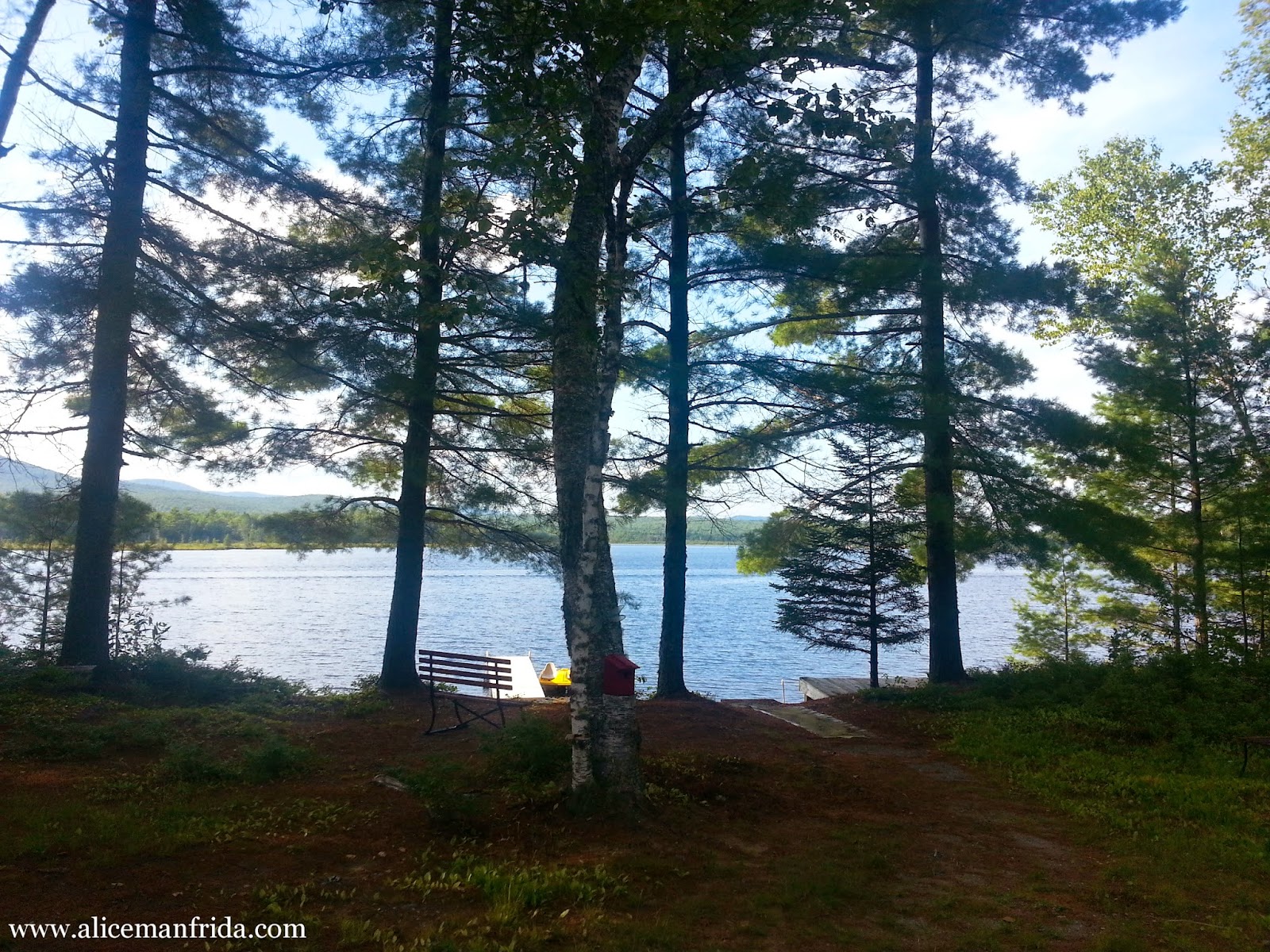 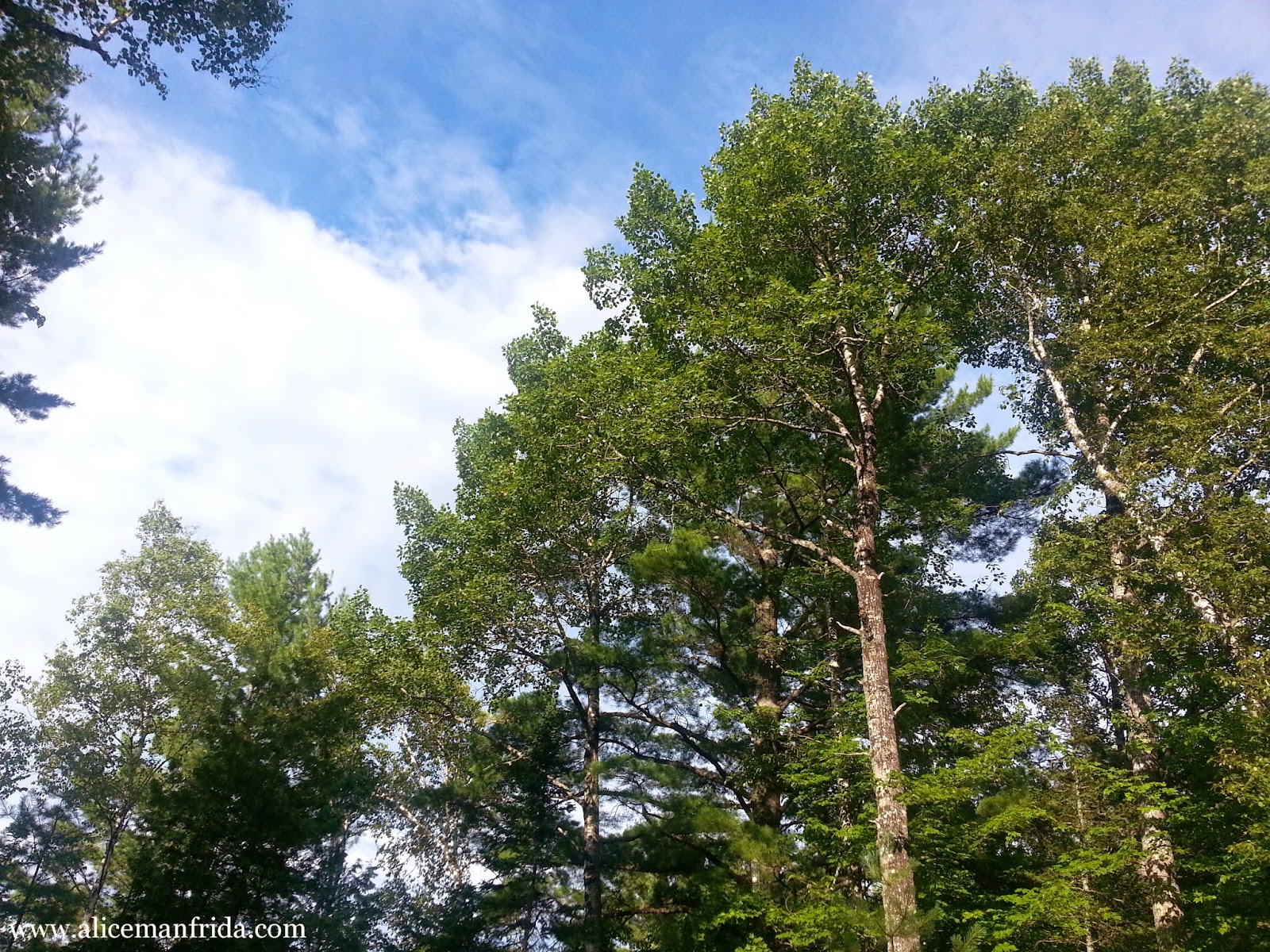 Usually when I go on vacations I am happy and content and ready to go home after 4 or 5 days. But we got here on Sunday and on Thursday night we called to extend out rental car reservation to Sunday instead of Saturday. We still left on Saturday like we planned, just later in the day. (Why on earth car rental places close at 1:00pm on the weekends, I do not understand!!) 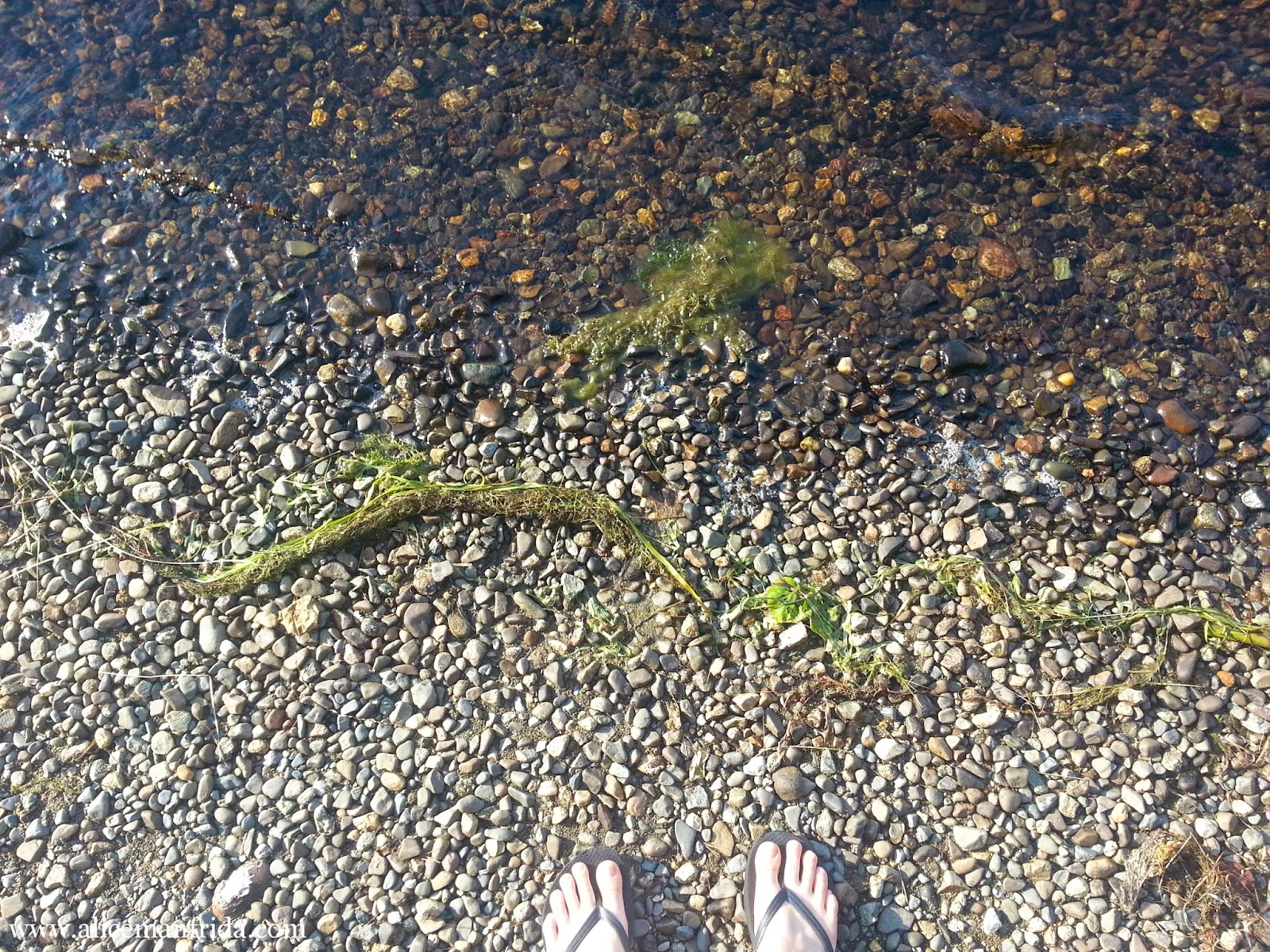 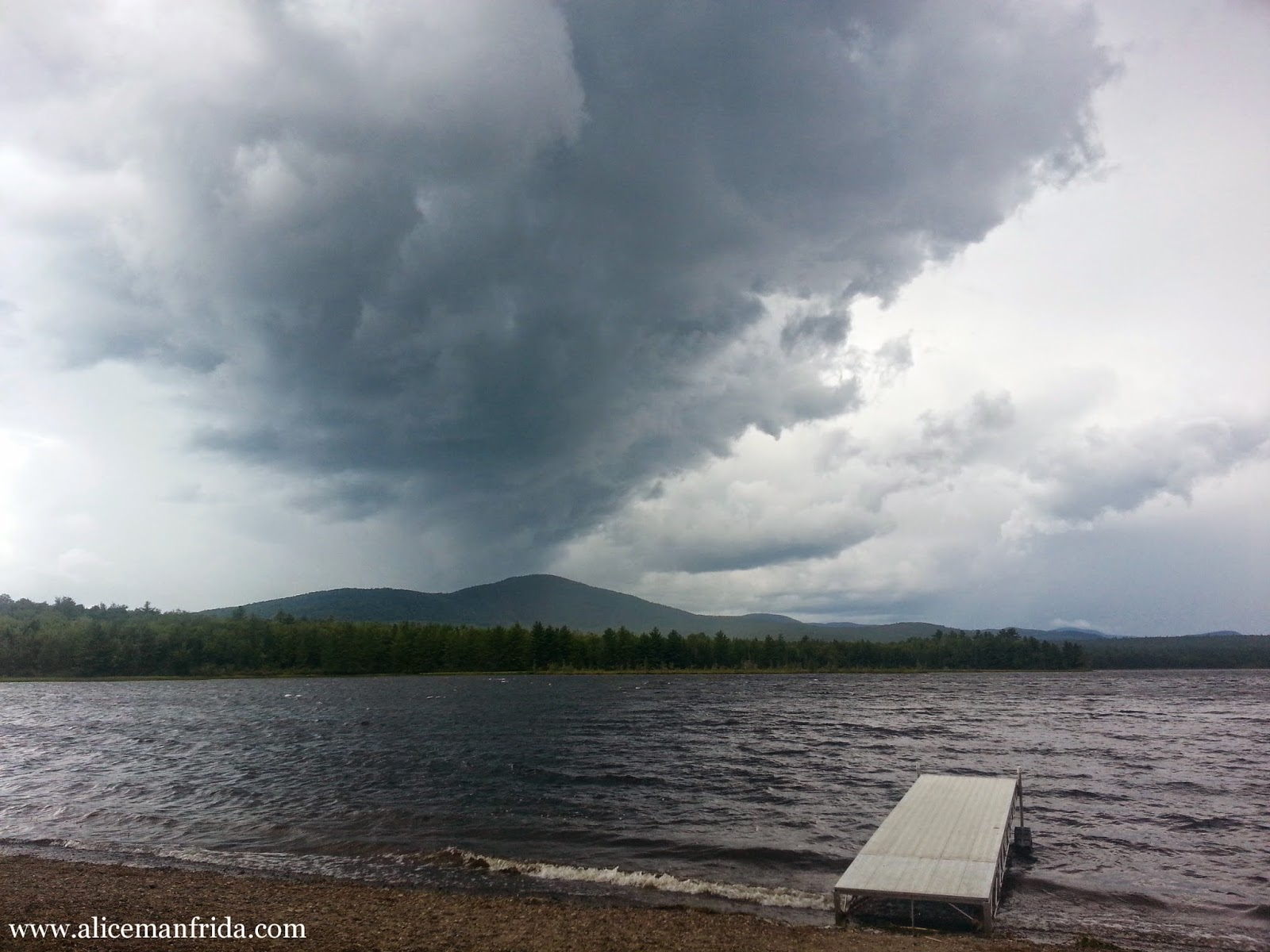 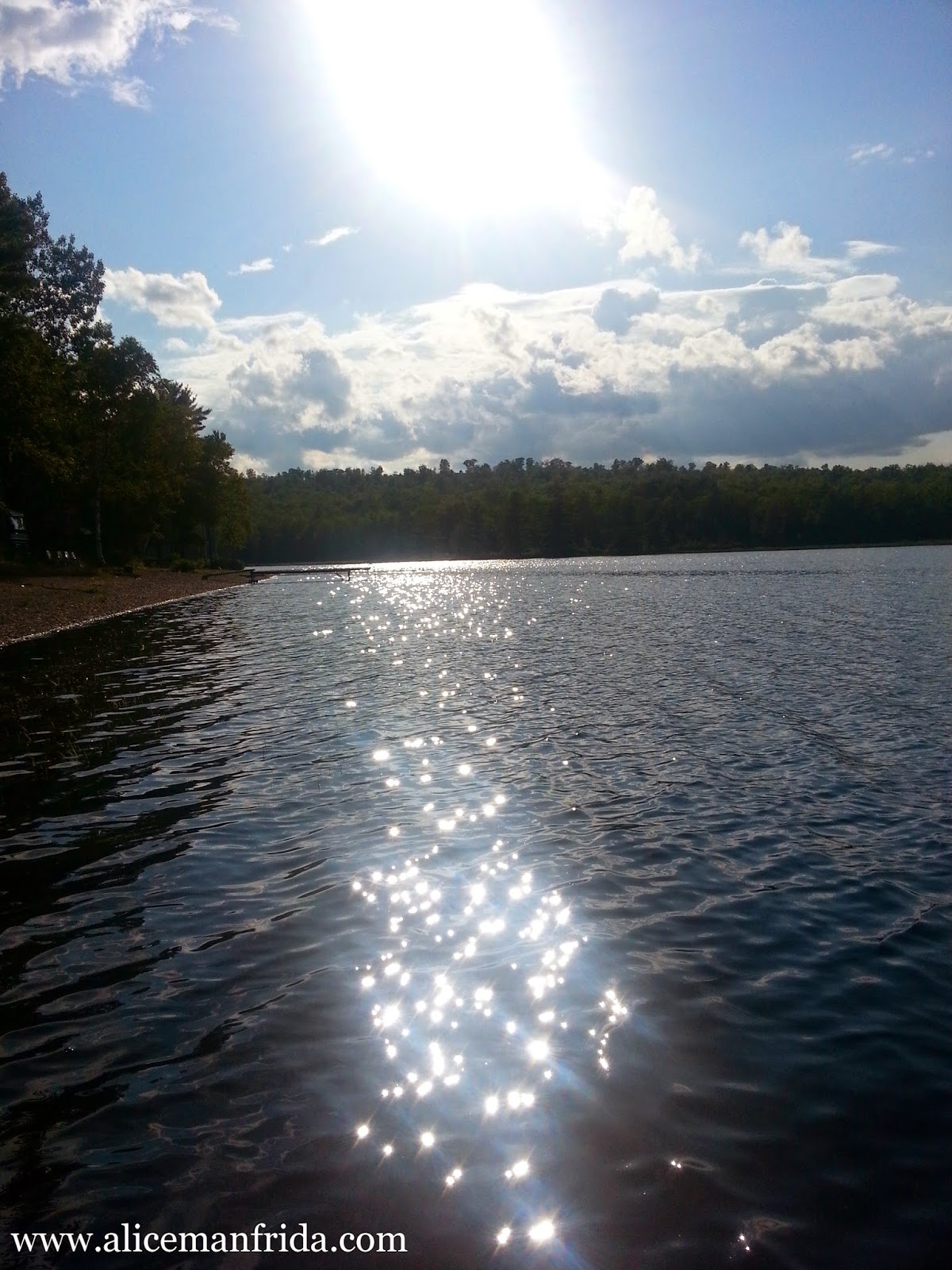 There were a lot of pictures of a very small part of this planet.  If you made it to the end go reward yourself by checking out the funny hummingbird fight video I put up on Instagram yesterday.