I have been loving the fact that so many people have been bringing back the 90s recently, especially all the grungy flannel.  Although many of the people doing this were not even born until the 90s were almost over, I've seen a lot of them doing a really good job.  However, I usually feel like if I were to tie a flannel shirt around my waist and throw a scrunchy in my hair I'd look like a poser who is trying to hard.  Nevermind that the flannel and scrunchie would have come directly from the 90s and would have been worn then by me.  I suppose that's the difference between retro and vintage.  Retro emulates.  Vintage gets moldy. 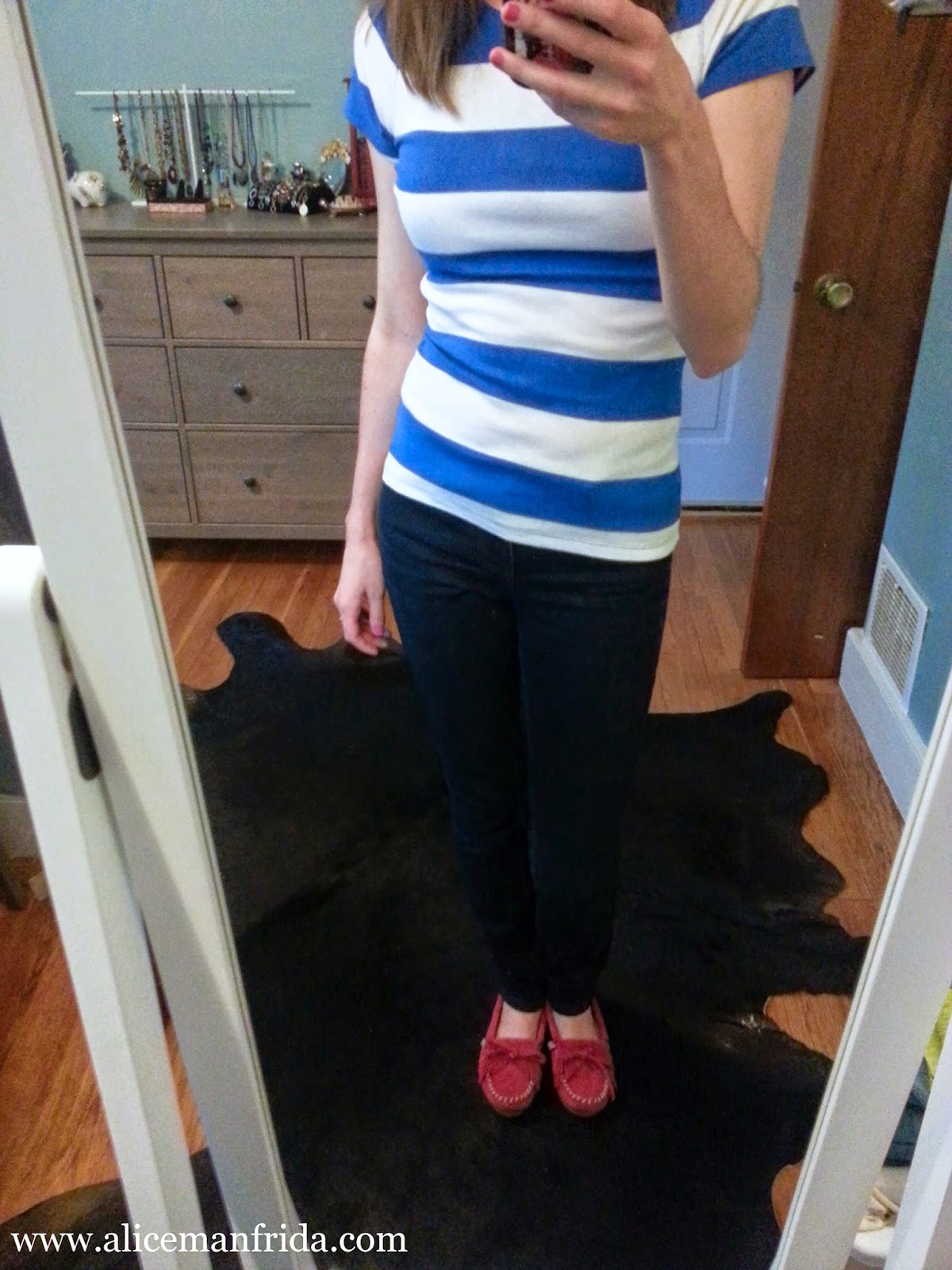 I am NOT dressing like the 90s today.  I'm just reminiscing while listening to the Mariah Carey station on Pandora.  Today I'm only slightly channeling Teenager Alice with my blue eye shadow.  I discovered blue eye shadow sometime around 8th grade and I wore it basically every day until I was in my 20s.  I will never not love blue eye shadow. 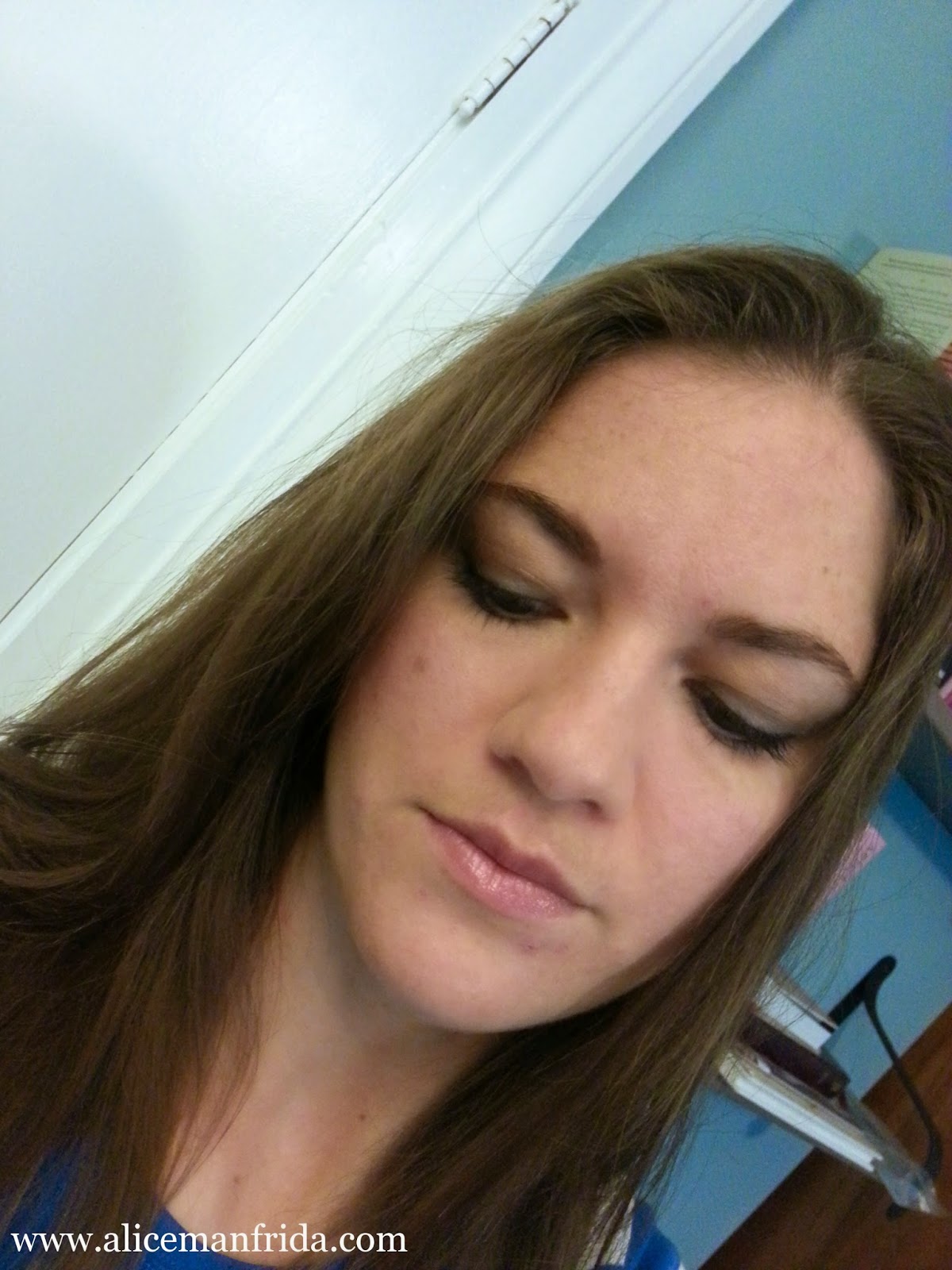 I think the pictures came out a little more gray than it is in real life.  Also, this is a more subdued version of what I would have worn when I was in high school.  Back then I would have paired it with bright white eye shadow.  Oh, The 90s, you were so great! 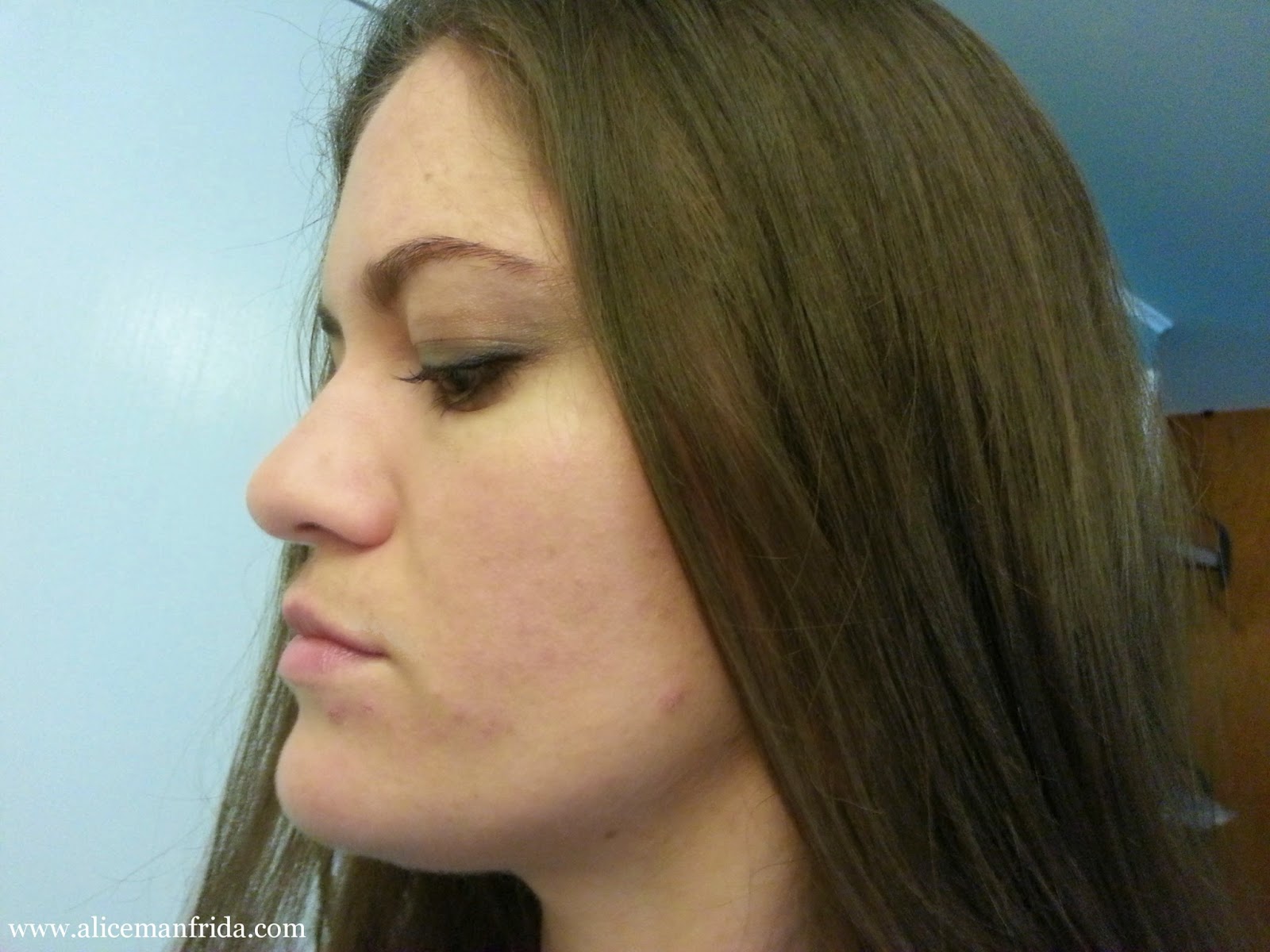 Since I'm not doing anything fancy today I was only going to wear lip balm all day.  Instead, since I was taking a trip down memory lane, I went with fruit punch flavored lip gloss because, every time I wear it I think of running camp and drinking 9 billion glasses of fruit punch a day.  Ha ha! 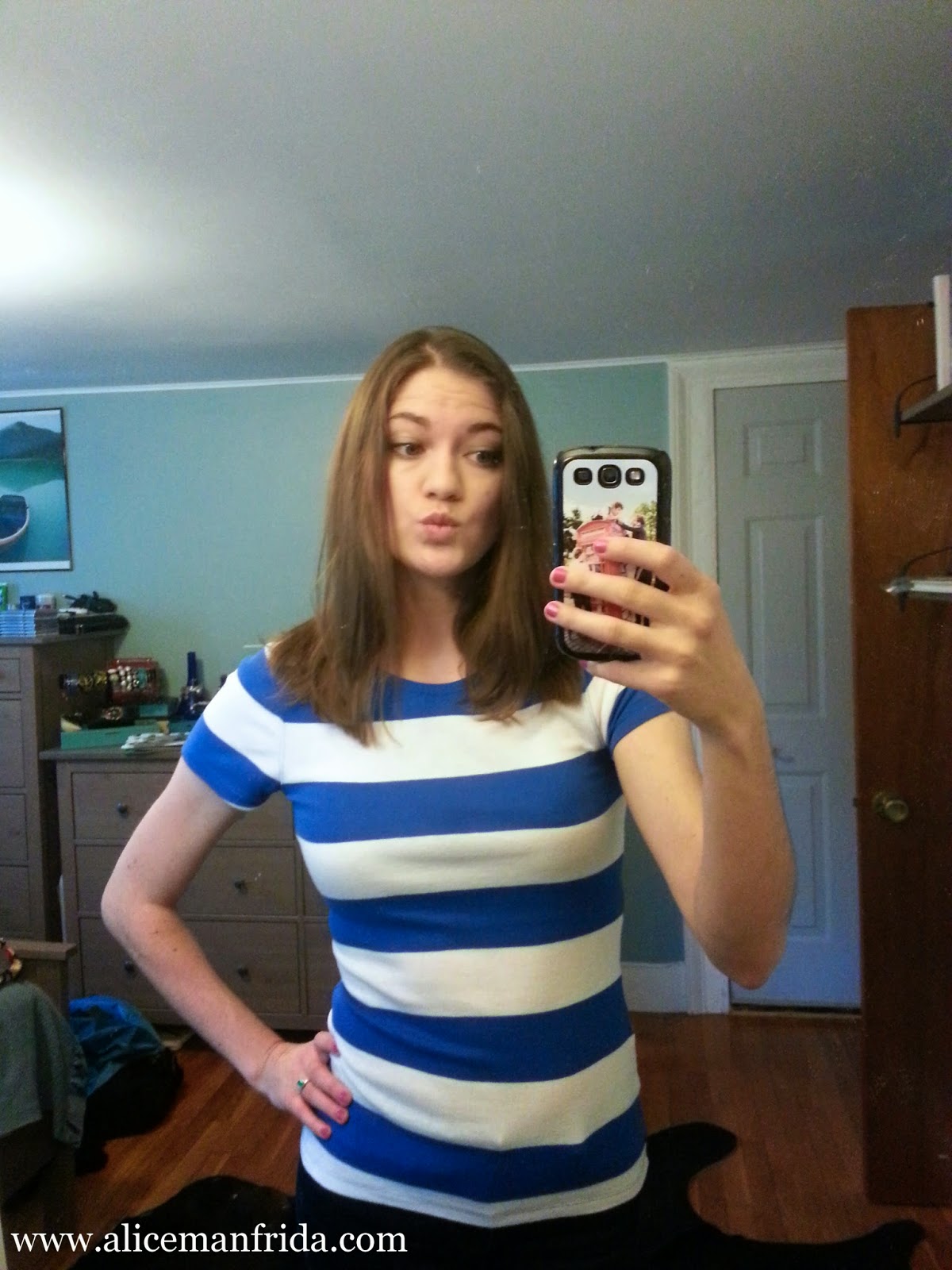 Here I am being silly and showing off my lip gloss!  The rainy day doesn't do it justice.  It's really shiny and a little glittery and it's straight up pink. 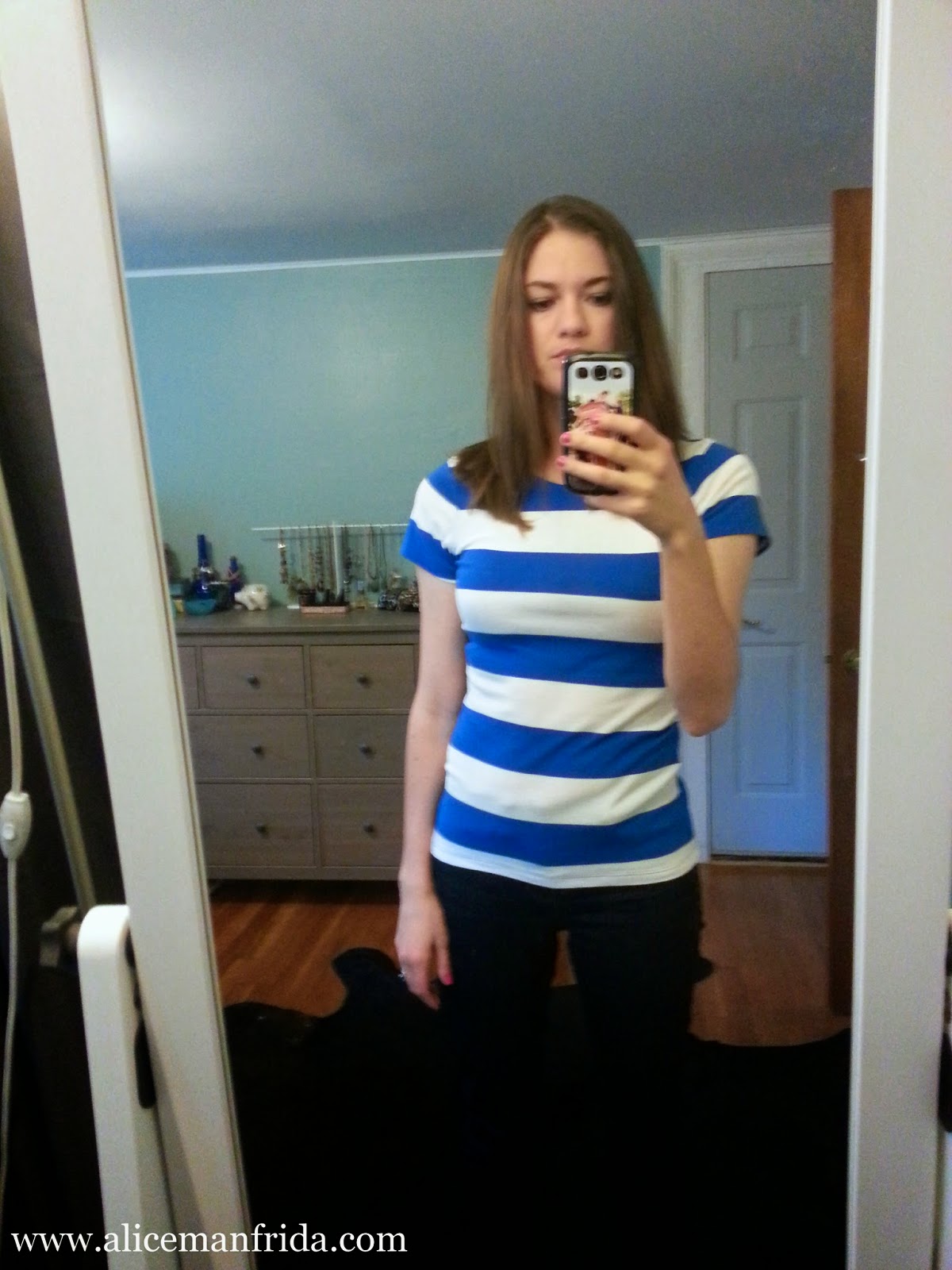 I've got dark blue skinny jeans on today with a blue and white striped shirt.  In high school I would have had gigantic flare jeans on.  My hair would have also been in a wet bun since I felt there was no point in doing my hair if I was just going to be running every afternoon and getting sweaty anyway.  Oh, how being an adult changes you!  (Not really. ha ha!) 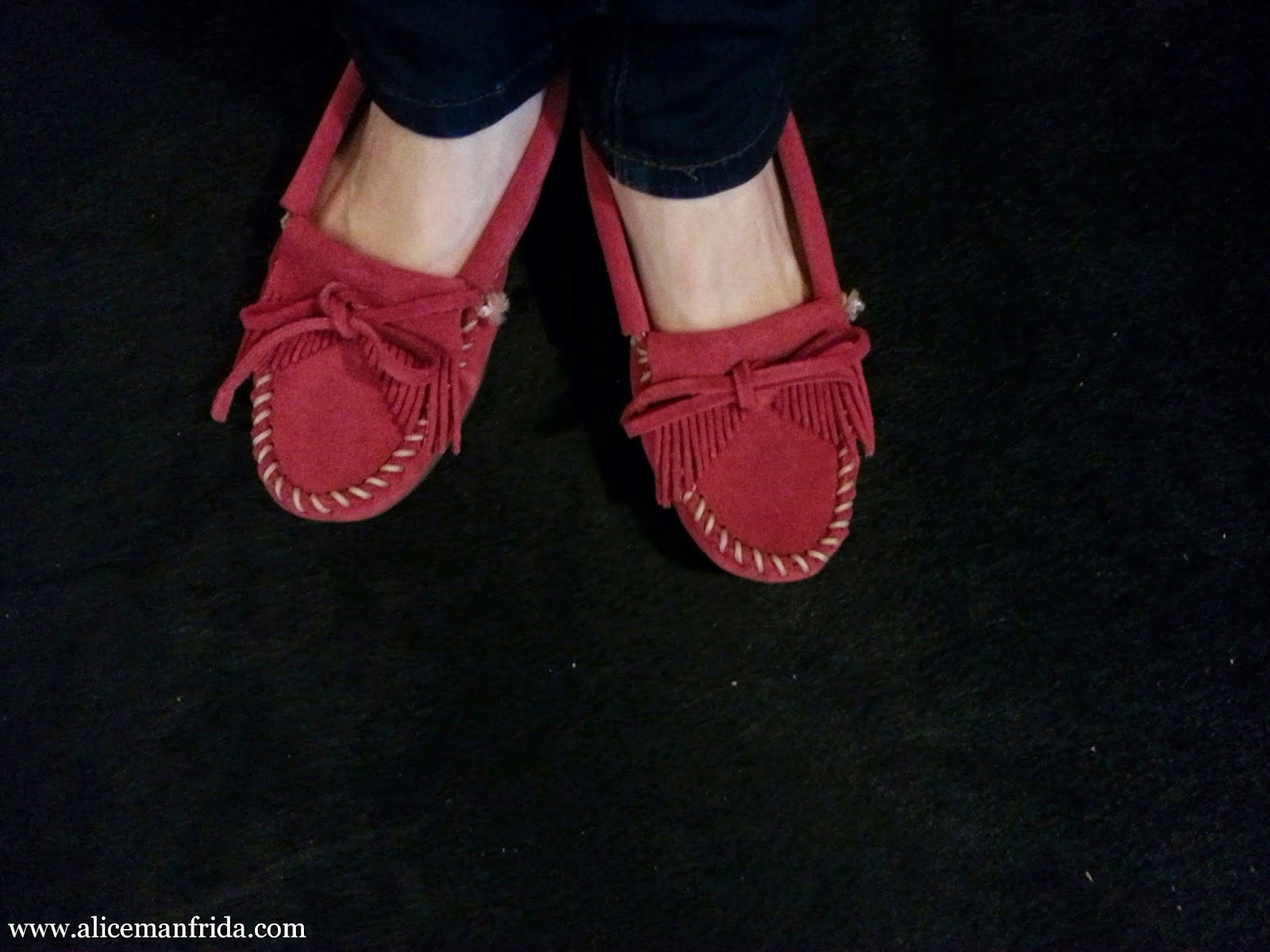 I'm wearing my Minnetonka moccasins today so I'm super comfortable.  I also didn't bother with any accessories because this is Casual Wednesday.
Posted by Unknown at 12:23 PM