My mother-in-law stayed over last night so we went out to eat for supper and then we went out again for breakfast this morning.  Then she left to drive home and I walked Steve to the train so he could go to work.  I was going to go for a walk for the sake of exercise but wanted to stop back at home to drop of the sweater I was wearing.  The cool house trumped the increasingly hot sun and I decided the roughly half a mile I did with the loop to and from the train was good enough.  Now I'm sitting in my living room contemplating the clean laundry that is sitting in the dryer downstairs, drinking coffee and writing this.  It's all very exciting but that's real life. 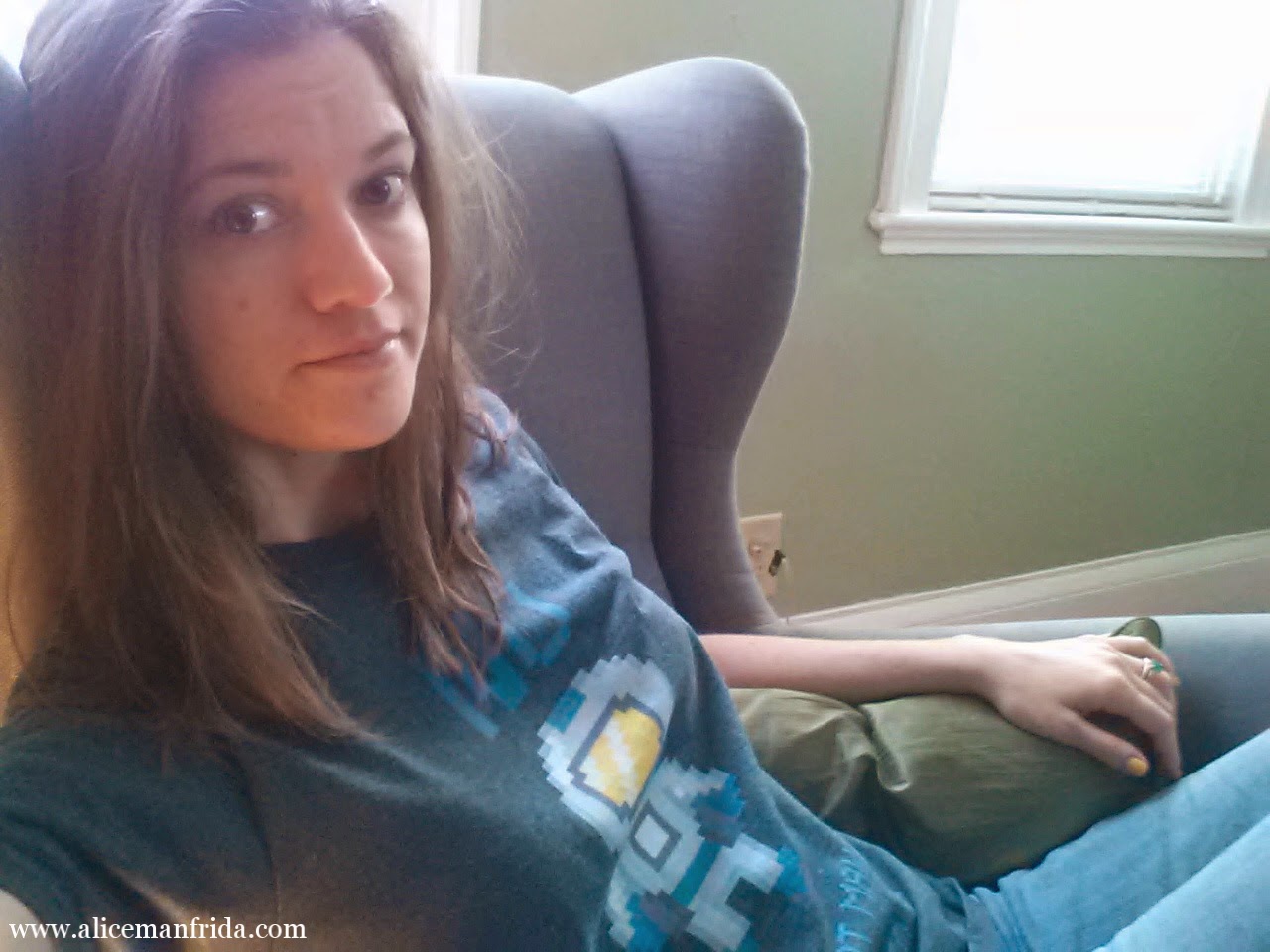 Later I'll have to join the general public in the outside world but for the first half of the day it's Casual Wednesday and there's no makeup happening here.  I'm wearing ancient flare jeans, like the good  late 90s/early 00s girl that I am and a t-shirt with an astronaut on it.

As soon as I put this shirt on this morning I realized that I'm extremely matchy-matchy today.  Now I love matching but I usually avoid hitting this level on purpose.  My shirt has blue and yellow on it and my nails are....blue and yellow. 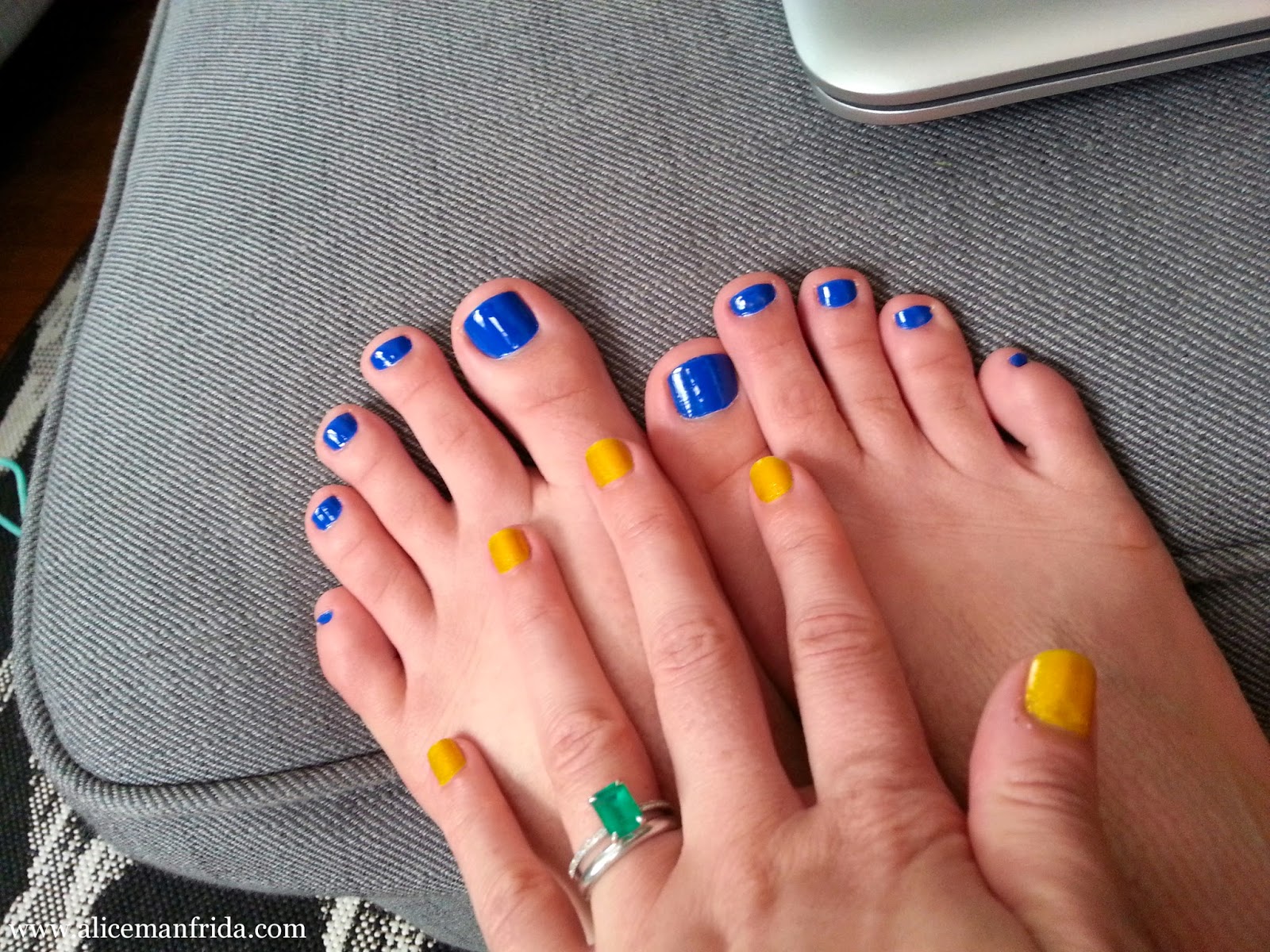 And speaking of yellow nails... 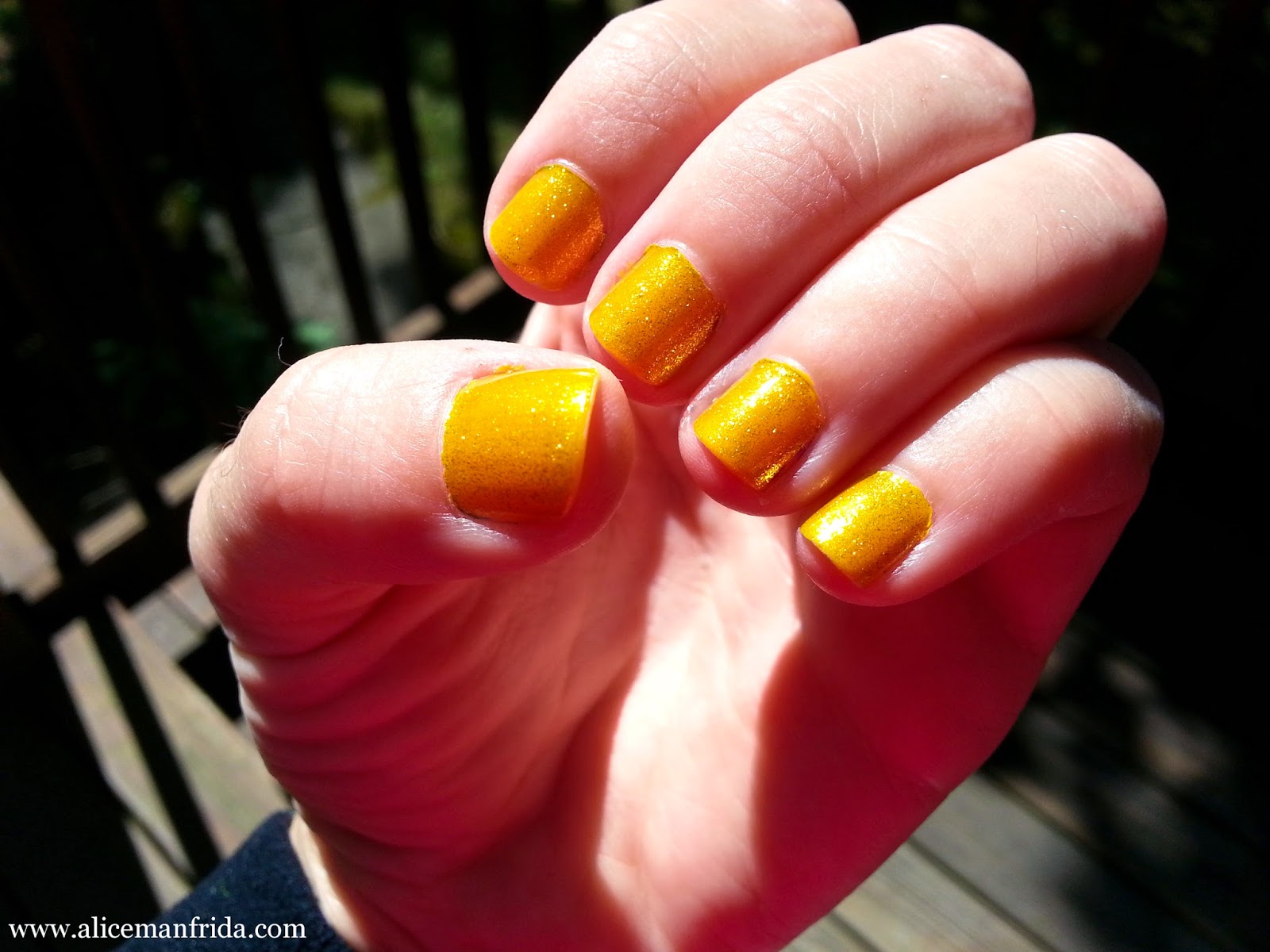 Remember last Thursday when I showed you my entire nail polish collection and made a comment about how I don't have any yellow nail polish because it's not really a color that I wear or like all that much or that even looks good on me???  Well...after saying that I decided I wouldn't rest until I found some that was a yellow that I didn't hate. 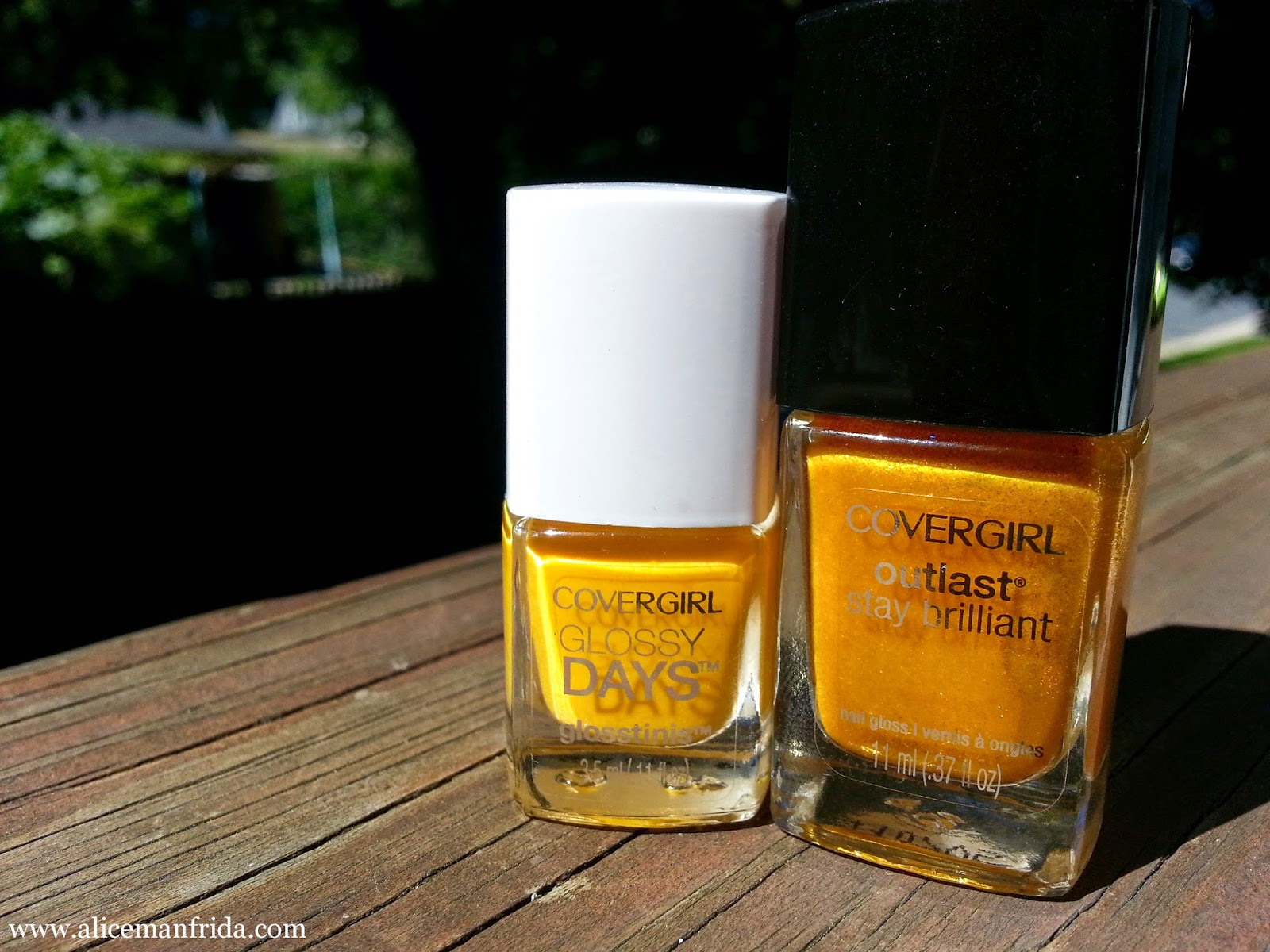 Ta da!  Covergirl did it!   I bought two.  The Glosstini is actually a nice formula.  It dries the exact color as it is in the bottle and it seems to go on really smoothly.  It is a tiny bottle so it is a little annoying to use as the brush is incredibly short.  But how often will I, or anyone really, use a bright yellow nail polish?  I think it's an appropriate size.  I did one coat of that and then a second coat of the glitter.  I was only going to do the glitter accent nail thing but then I figured, I'm doing bright yellow nails, I might as well go all out.