We had a sort of last minute eat up whatever is in the fridge kind of night. 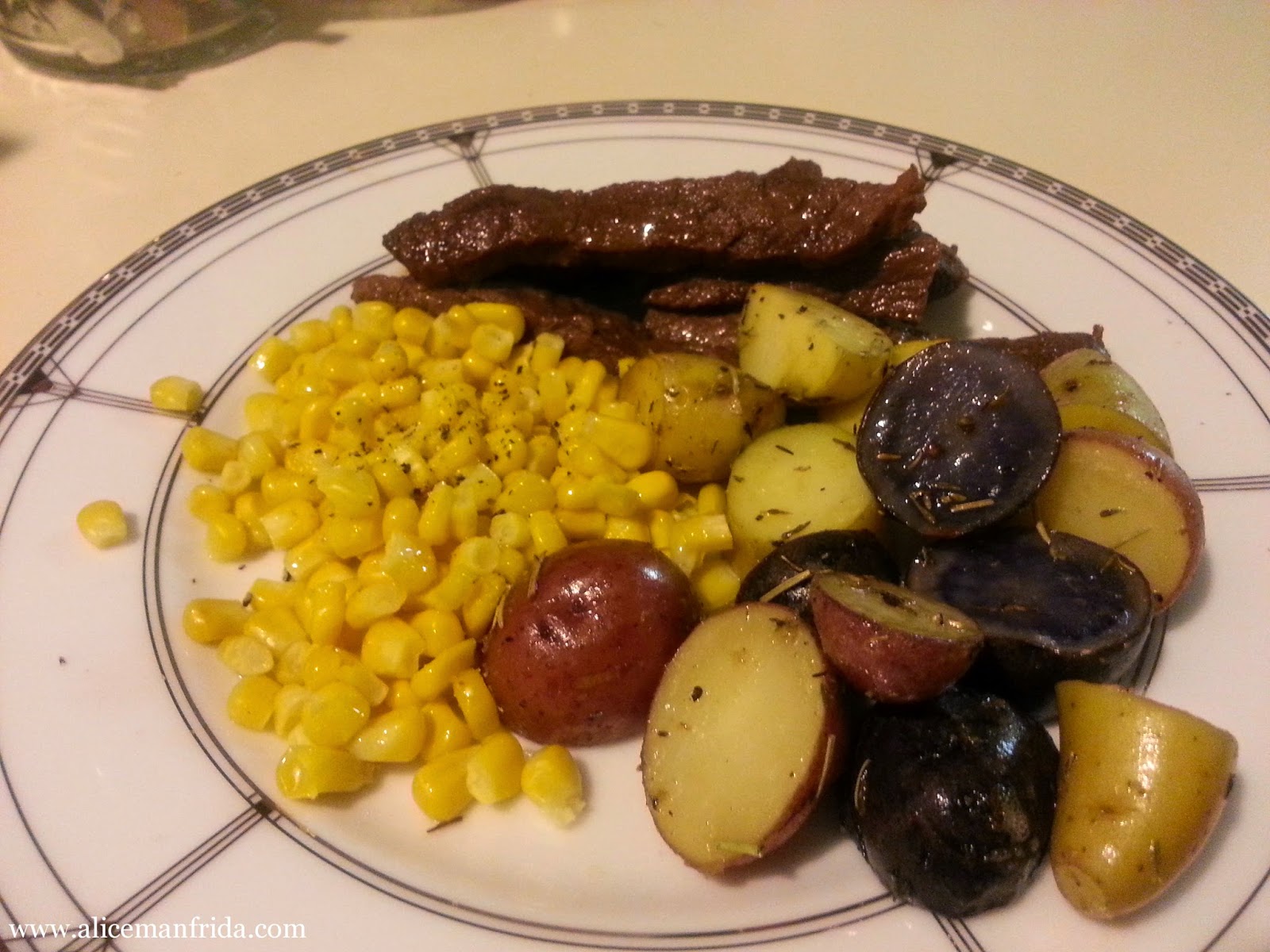 I had a bunch of itsy bitsy multicolored potatoes and a steak in the freezer.  Corn and potatoes are technically both starches but that's ok.  It's one night.  We actually don't cook frozen vegetables all that often but I still like to have them around in case.  (I also almost always have a frozen pizza in there for the same reason.)  But after a while if you don't eat the frozen veggies they get a little gross.  So that's been the task of the week.  Eat ourselves out of house and home.  Ha ha!

Oh, and the Rubik's Cube is actually a pepper mill, in case anyone is wondering. 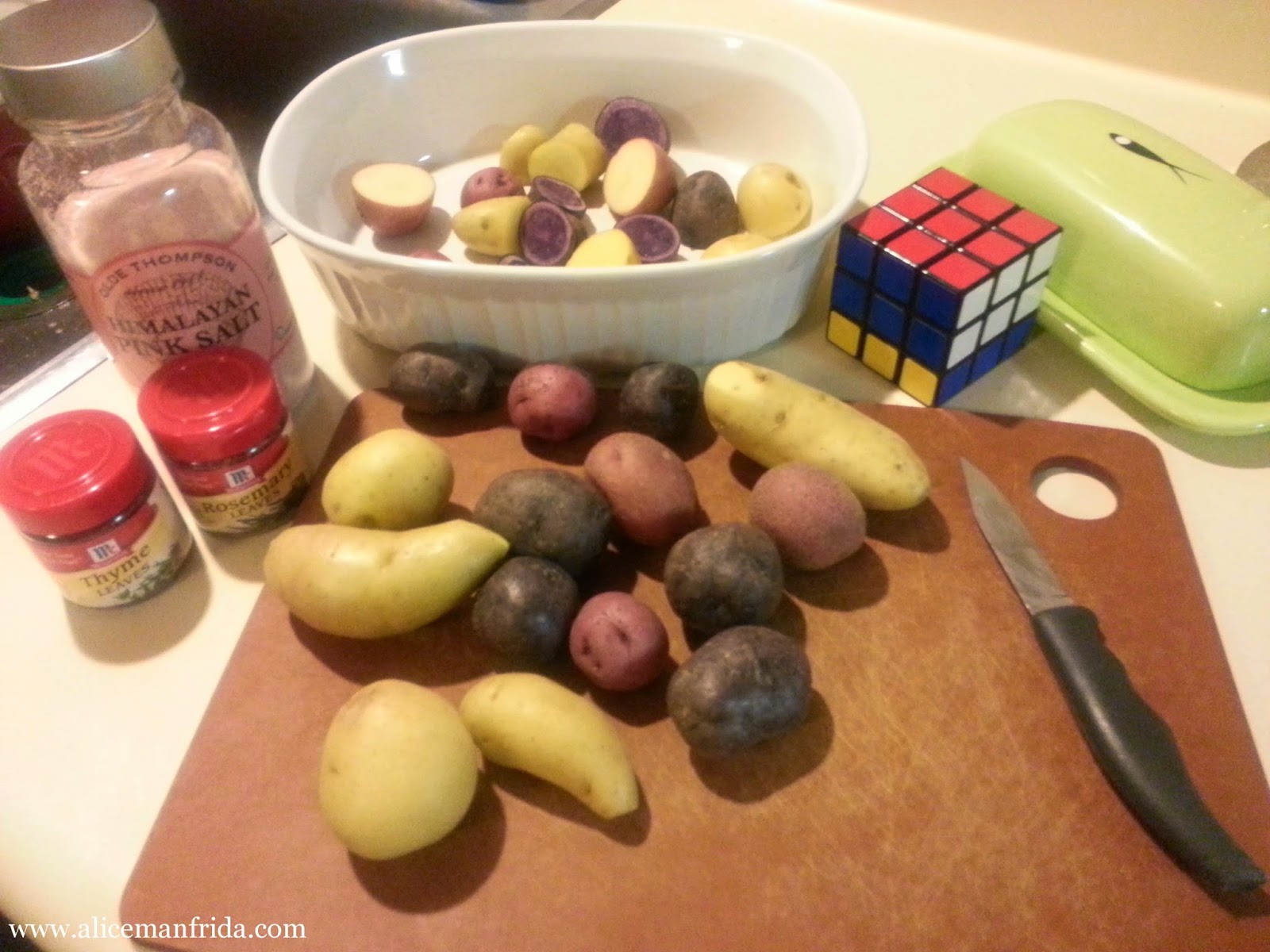 The purple potatoes look so cool on the inside and they stayed purple through cooking!  I put them in the oven at 375 degrees for an unknown amount of time.  I checked them twice and the second time I decided they were done enough.  They were kind of al dente, which was fine because they were bite sized pieces. 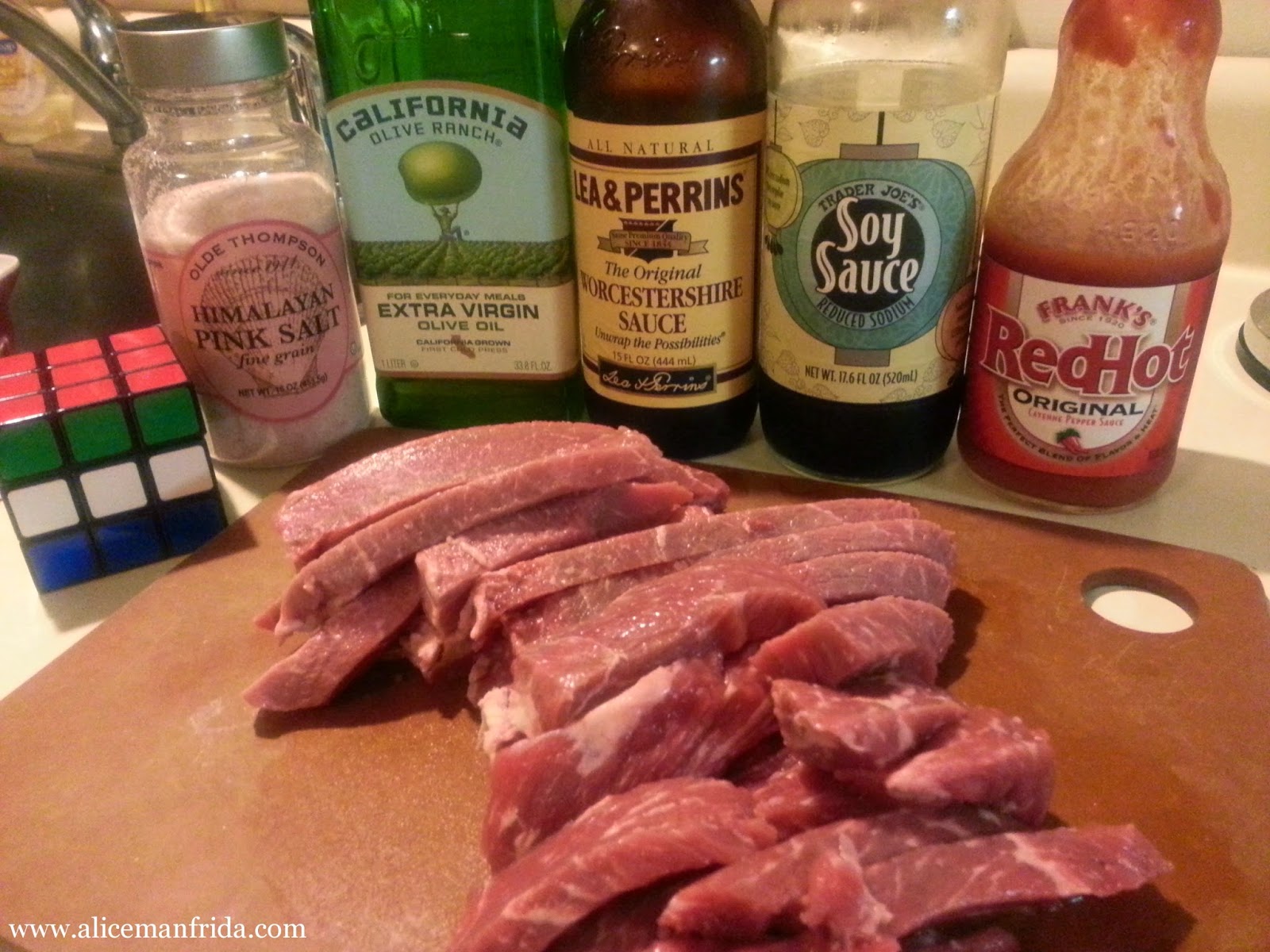 I have put all of these things together before and it has always been good.  The only problem is that I never pay attention to the amounts of these things so I am never able to recreate an exact flavor.  If I had been a little less lazy I would have mixed some garlic in but I was lazy.  I mixed 2 tbsp each of the soy and worcestershire sauces with kind of a lot of olive oil and a little hot sauce.  I wish there was less oil and more hot sauce but it was still yummy. 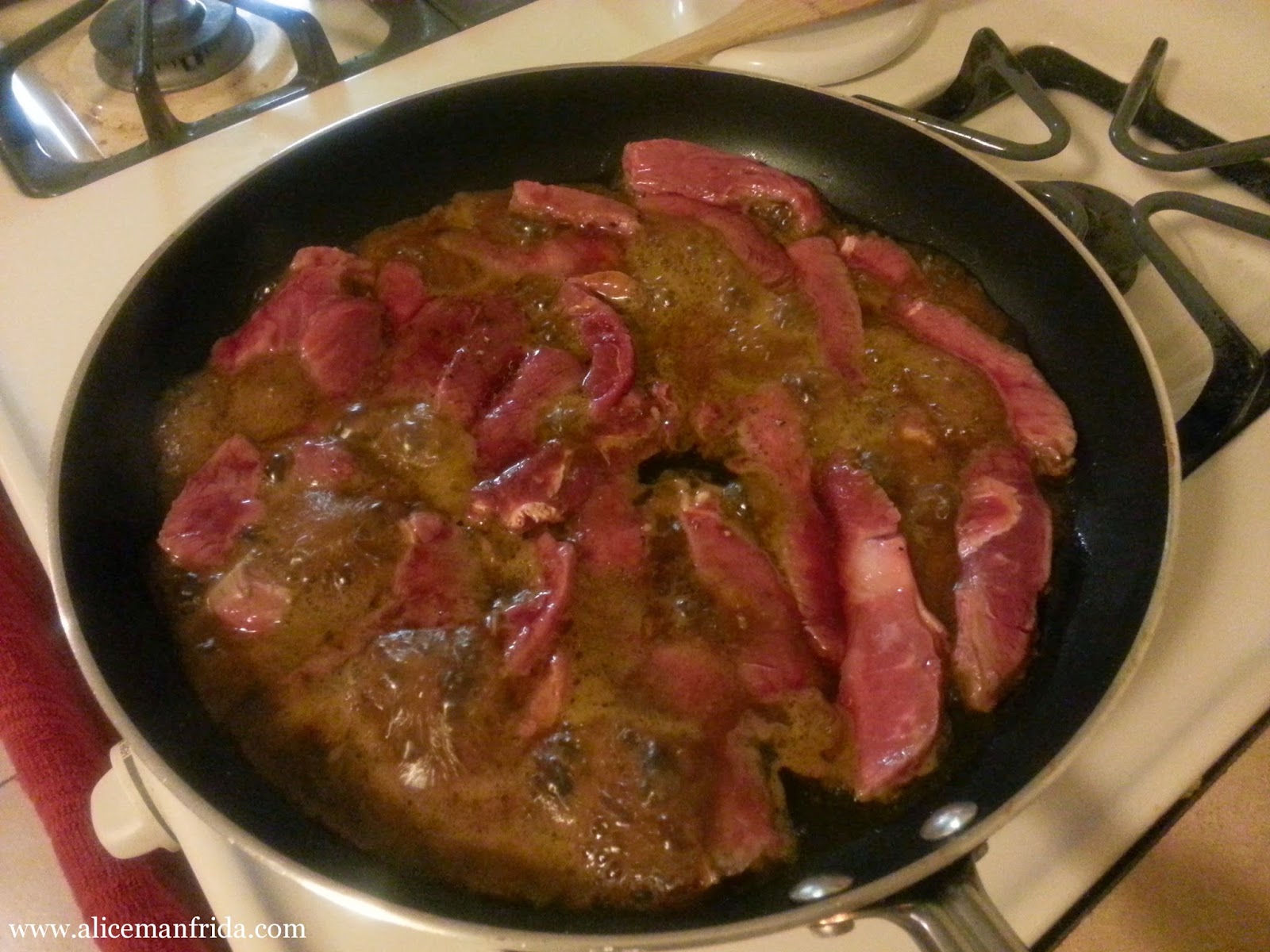 I think as long as you are comfortable with cooking and have some idea of how flavors interact with one another you can always pull together something that makes some kind of sense and tastes good.