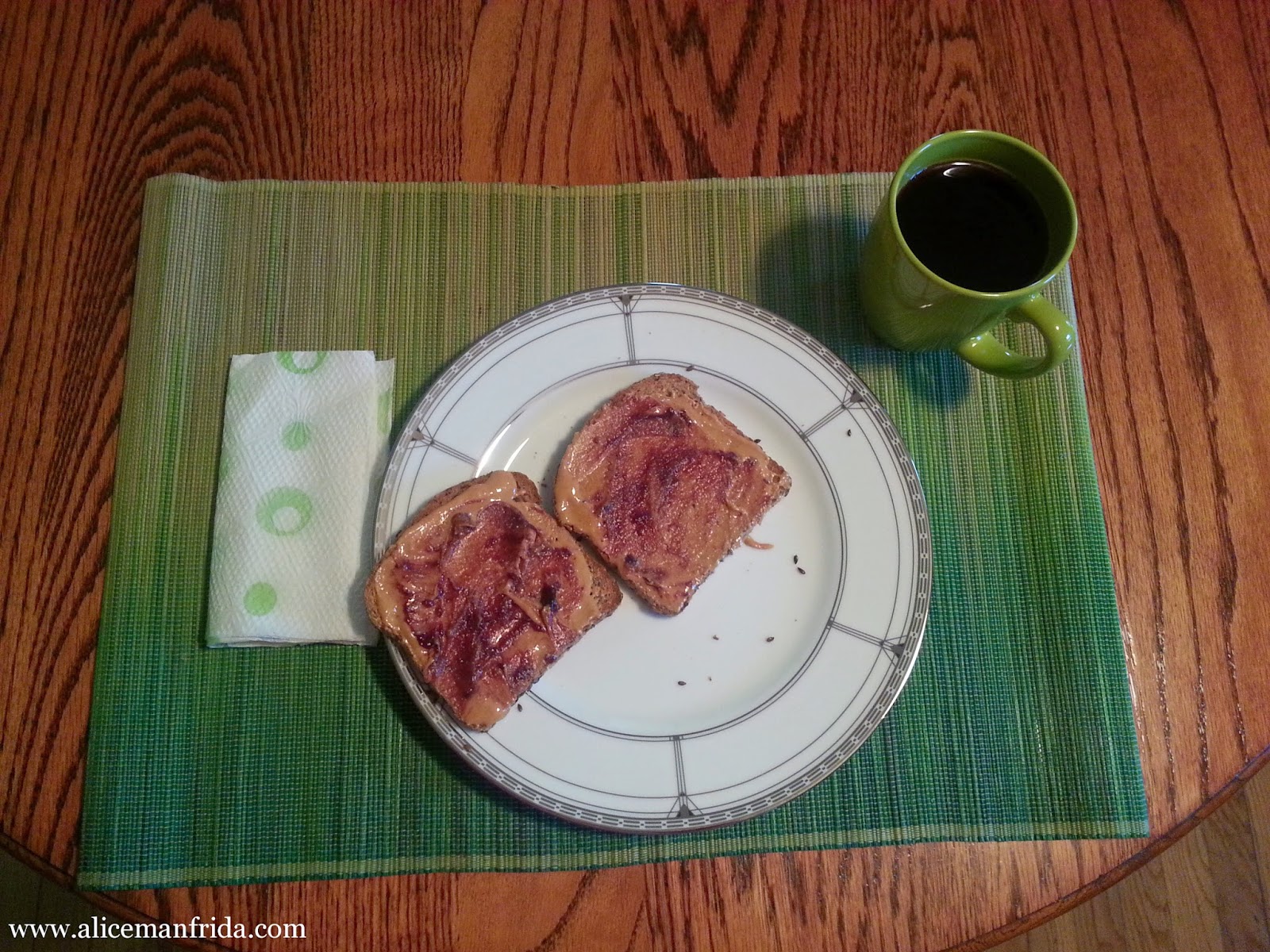 I had two pieces of toast with peanut butter and a little bit of jelly.  I kind of mixed the jelly into the PB because there was just a teeny tiny amount left in the jar and I wanted to finish it up.  I also had a cup of black coffee. 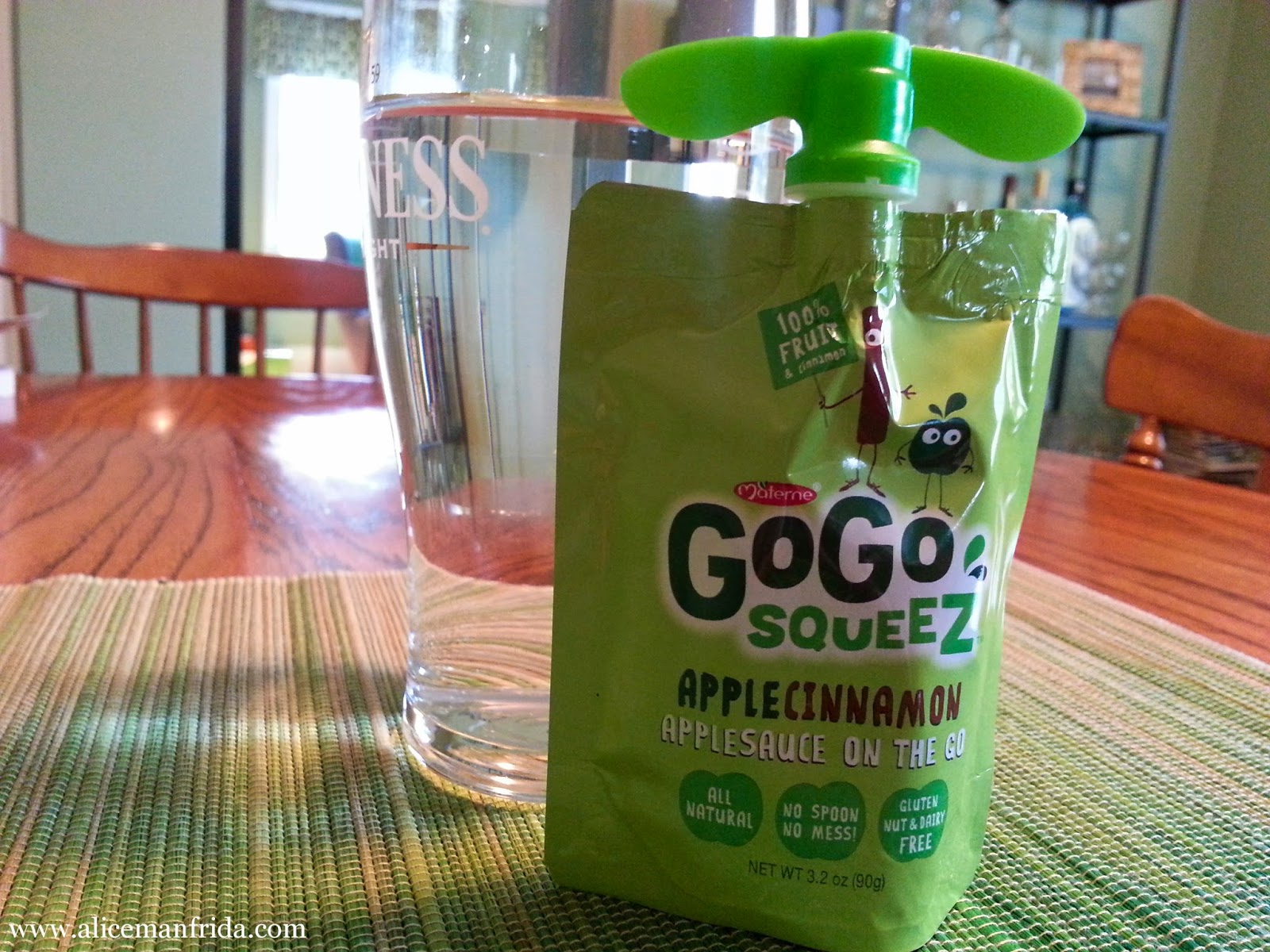 I had a glass of water and an applesauce pouch.  The apple cinnamon flavor is my favorite but the other flavors that this brand has are also good. 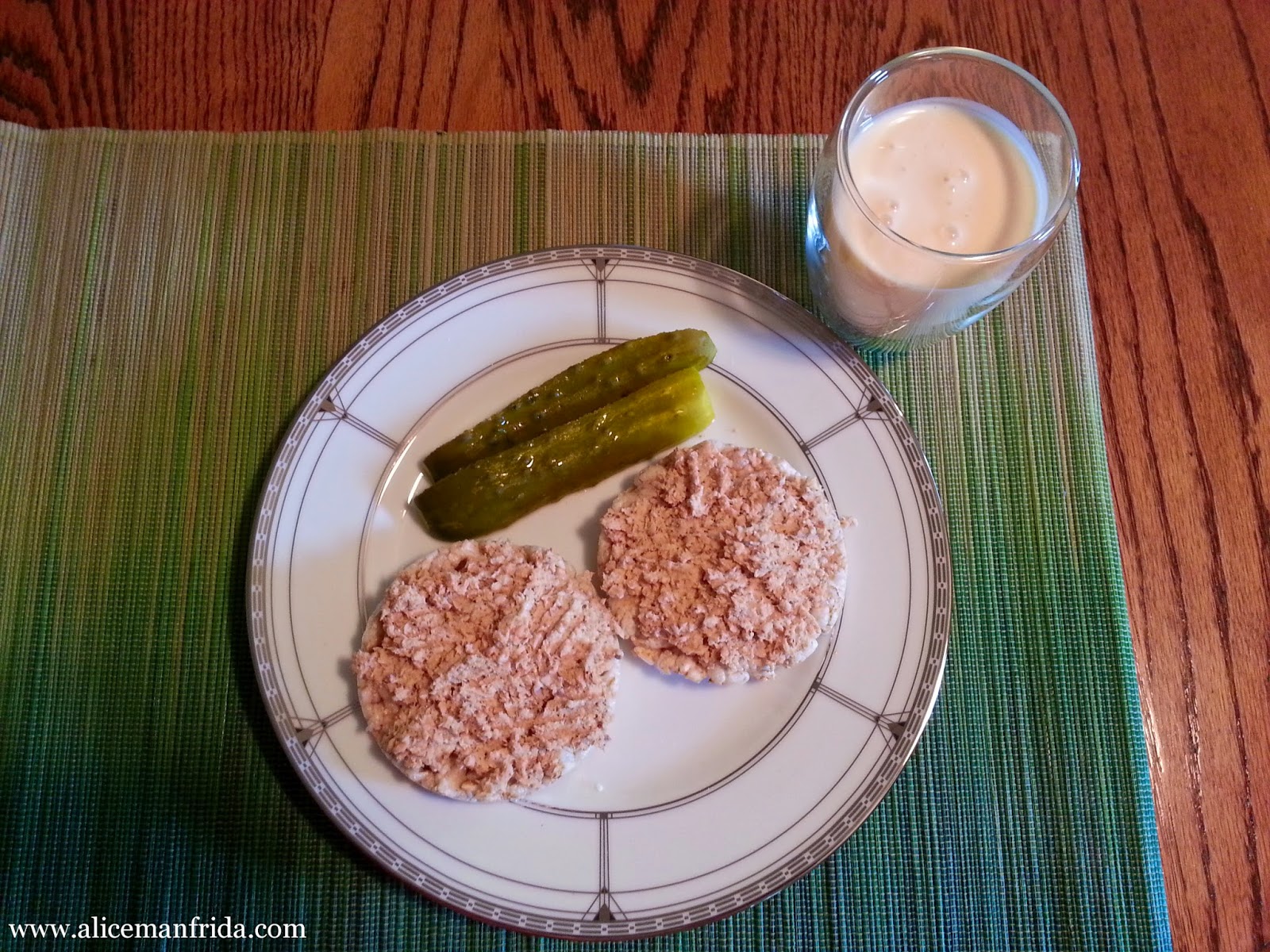 For lunch I had two rice cakes with canned salmon on top.  I mixed the salmon with a mustard and a little bit of mayonnaise.  I also had a couple of dill pickles and peach flavored kefir. 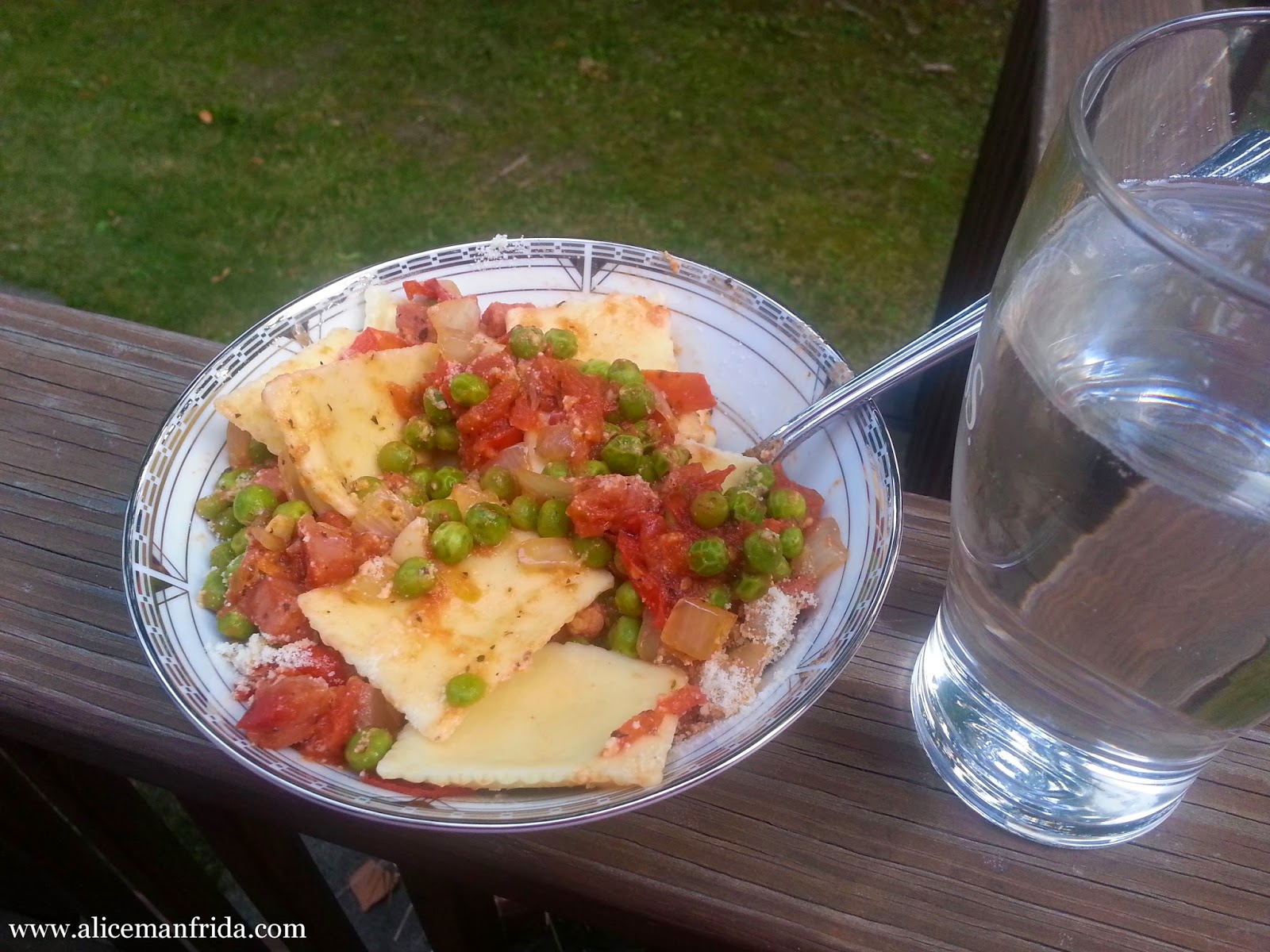 I made cheese ravioli for supper.  The sauce is just a bunch of tomatoes, onion, garlic, olive oil, and frozen peas.  I think I also threw in some basil, oregano, and sage.  I can't remember but it turned out really yummy.  Since cheese ravioli doesn't have enough cheese in it I added some parmesan on top.  :)  Ha ha! 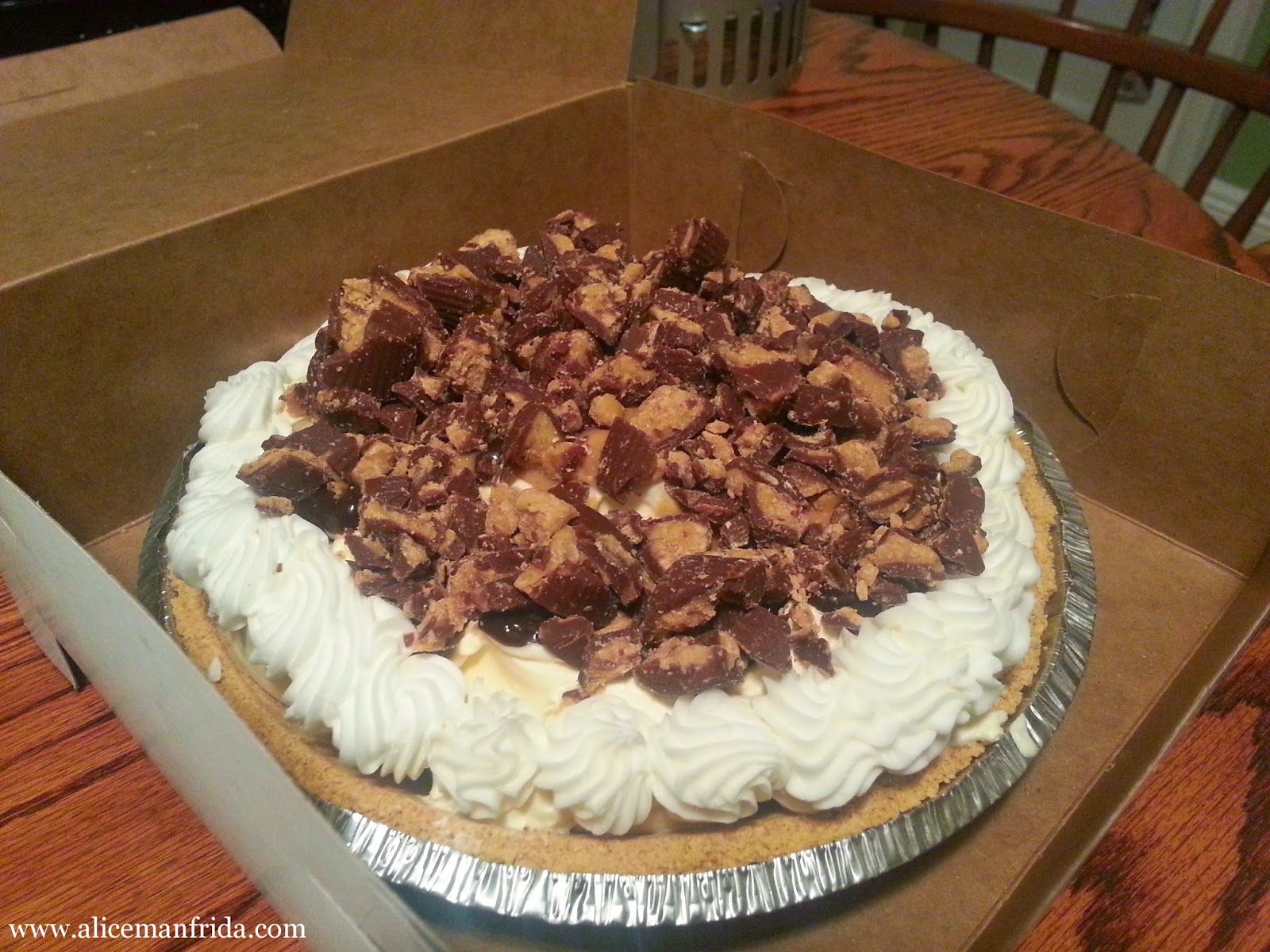 It's sort of difficult to make and then frost a birthday cake in July so this year Steve got a frozen custard pie for his birthday!  It was vanilla with peanut butter, fudge, and peanut butter cups on it.  I think frozen treats for summer birthdays are the way to go. 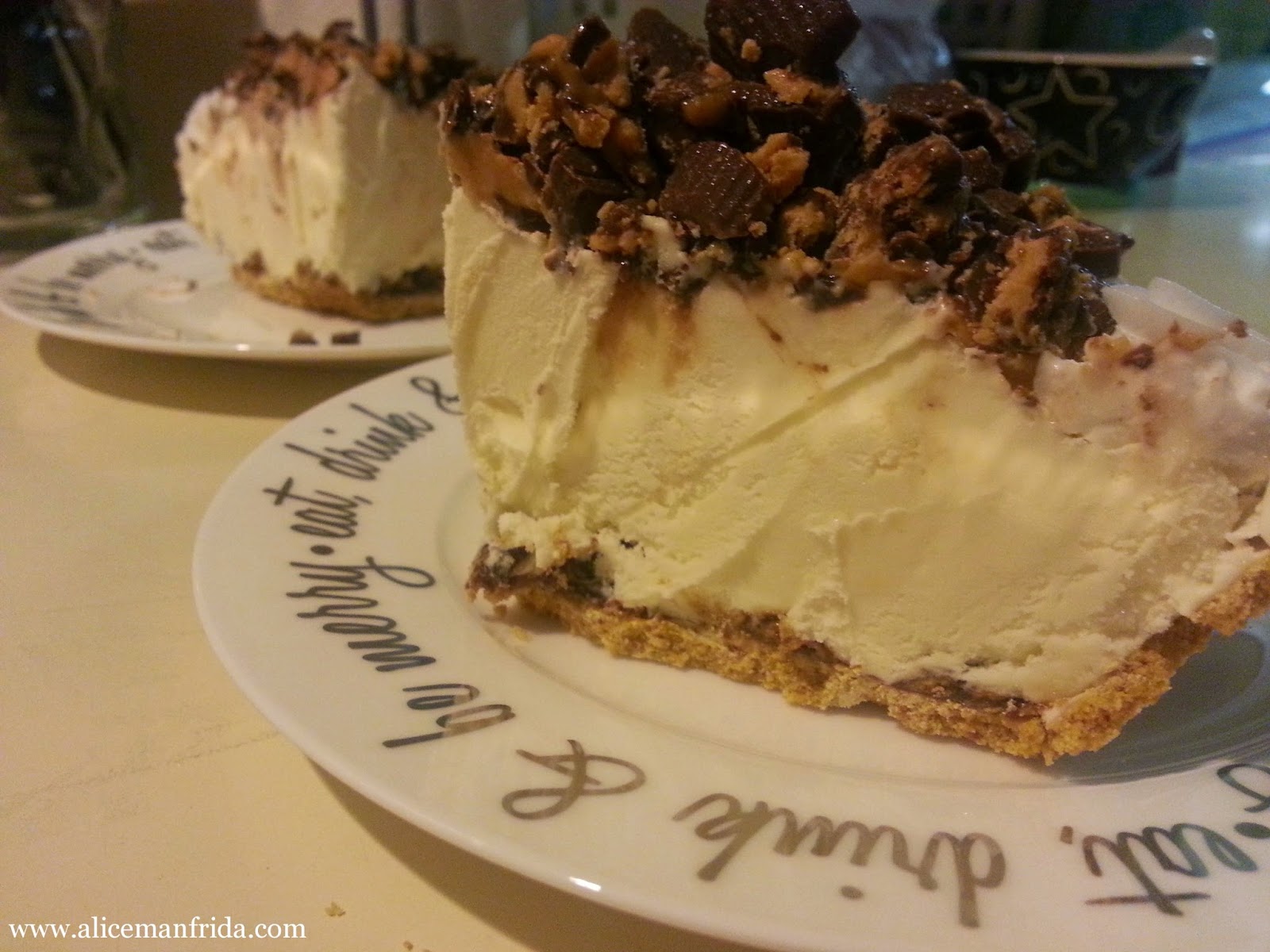