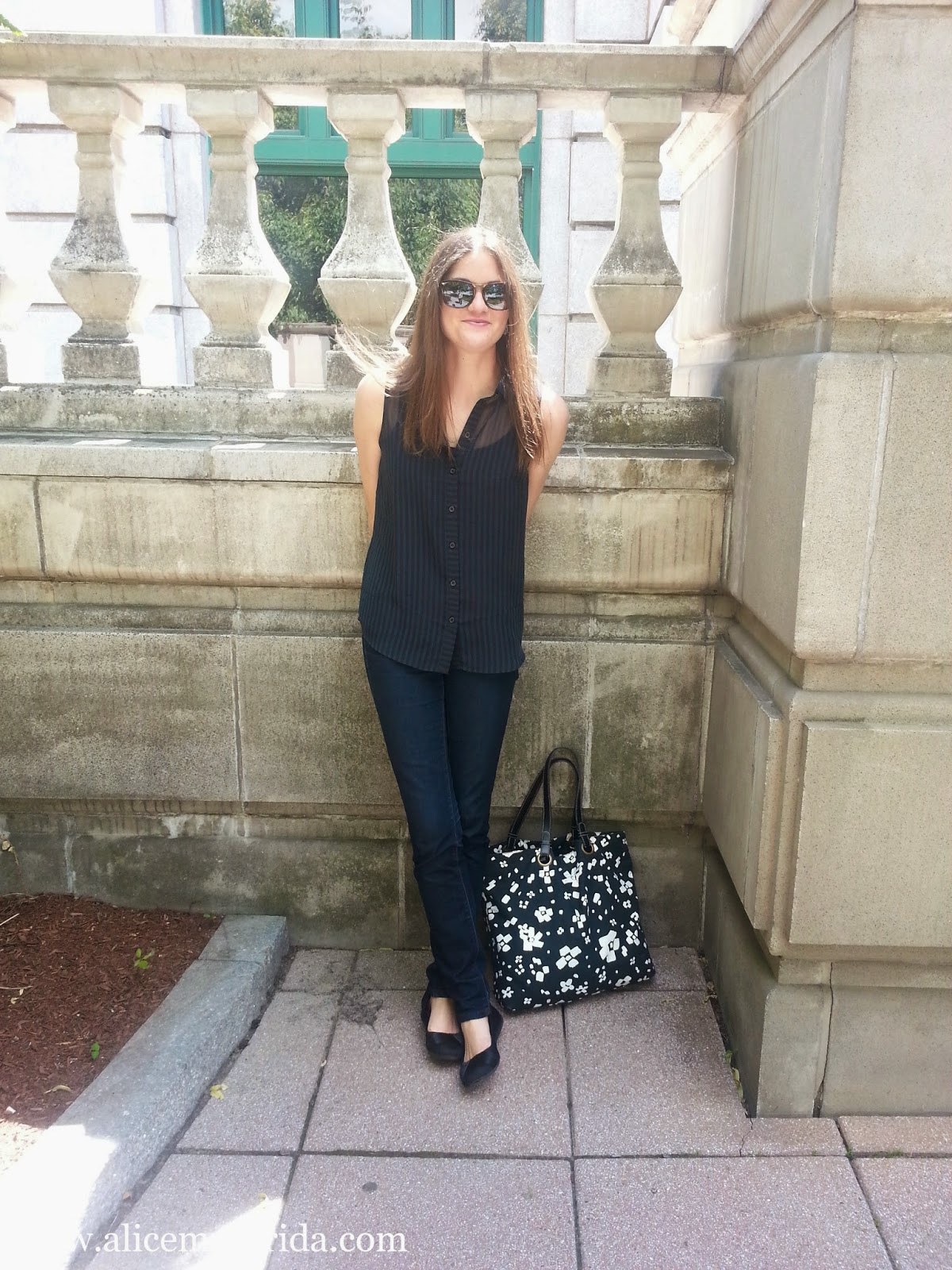 All of my sheer tops have been getting a lot of use this summer.  This one is a favorite.  I like how it has a collar and buttons up but is still billowy. 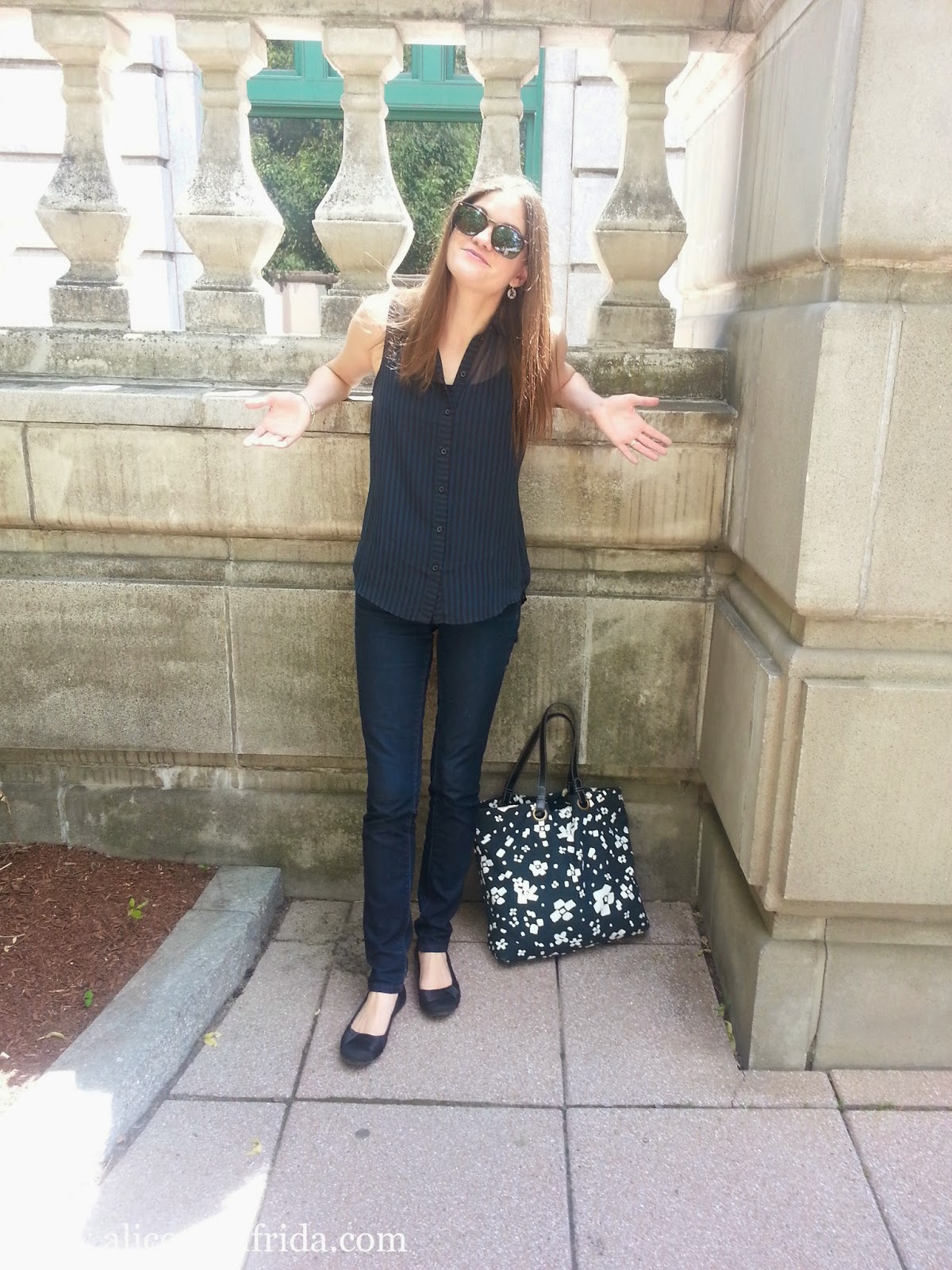 I wore it last night with black jeans and sandals, which is what made me remember these pictures from about a month ago.  That day I wore dark blue jeans and black flats. 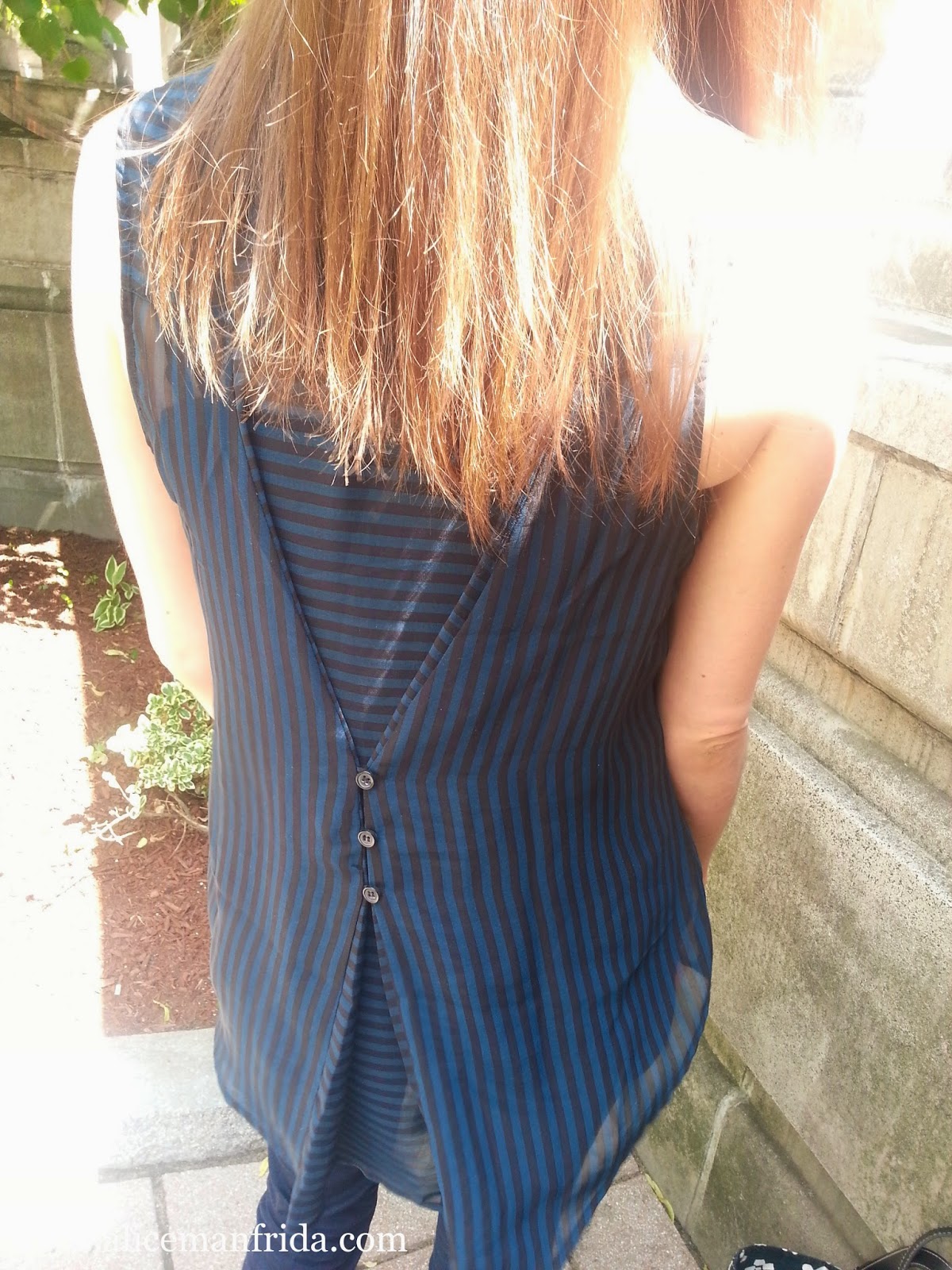 It is slightly longer in the back than it is in the front and it gets pulled together slightly with three buttons.  I really like how the stripes in the middle are horizontal while the rest of them are vertical on the back and the front. 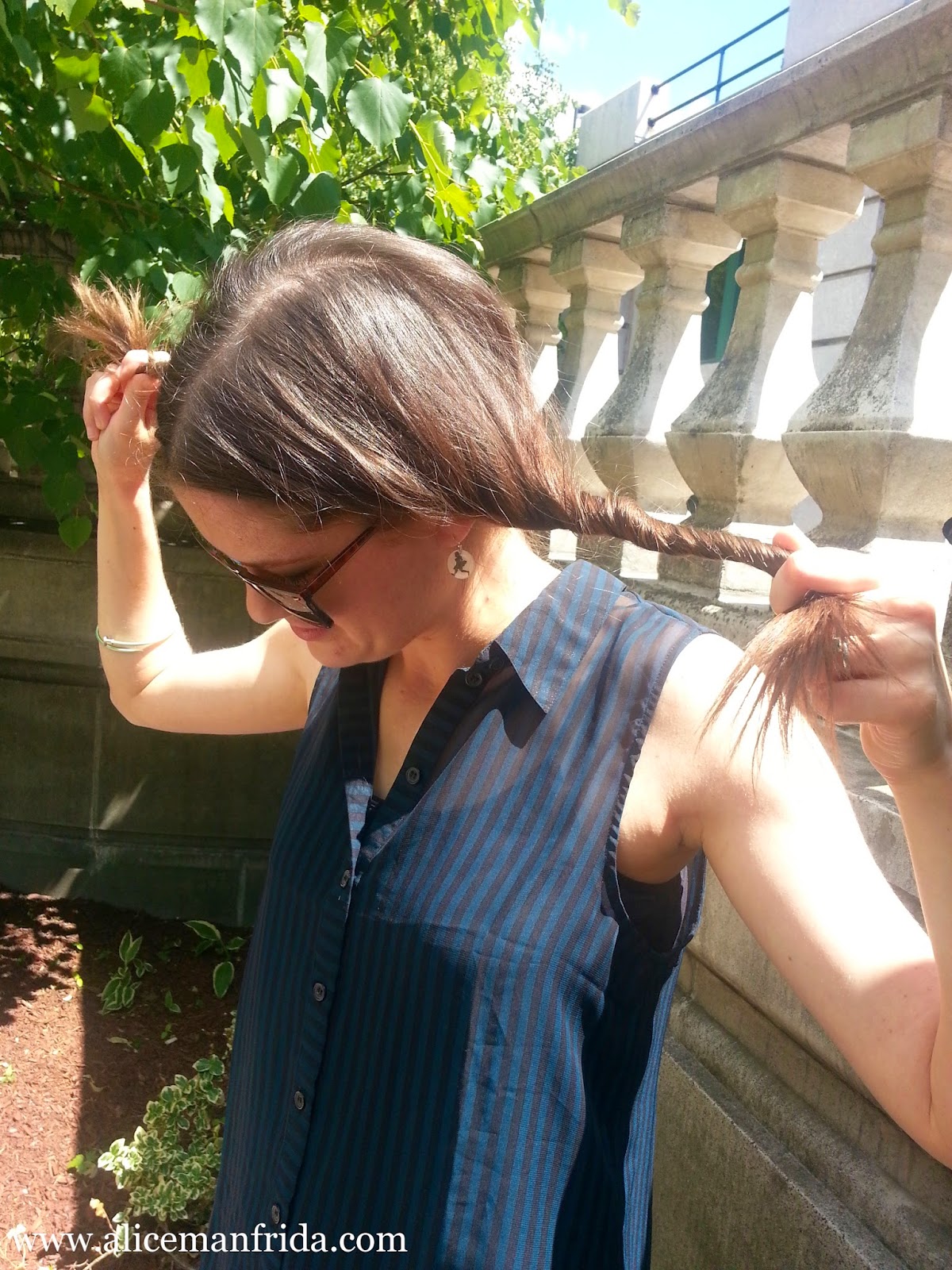 The blue isn't quite navy.  I'm not sure how to describe it, but it's a really good blue.  The colors are so dark that even though it is sheer a dark tank top underneath doesn't stand out to much. 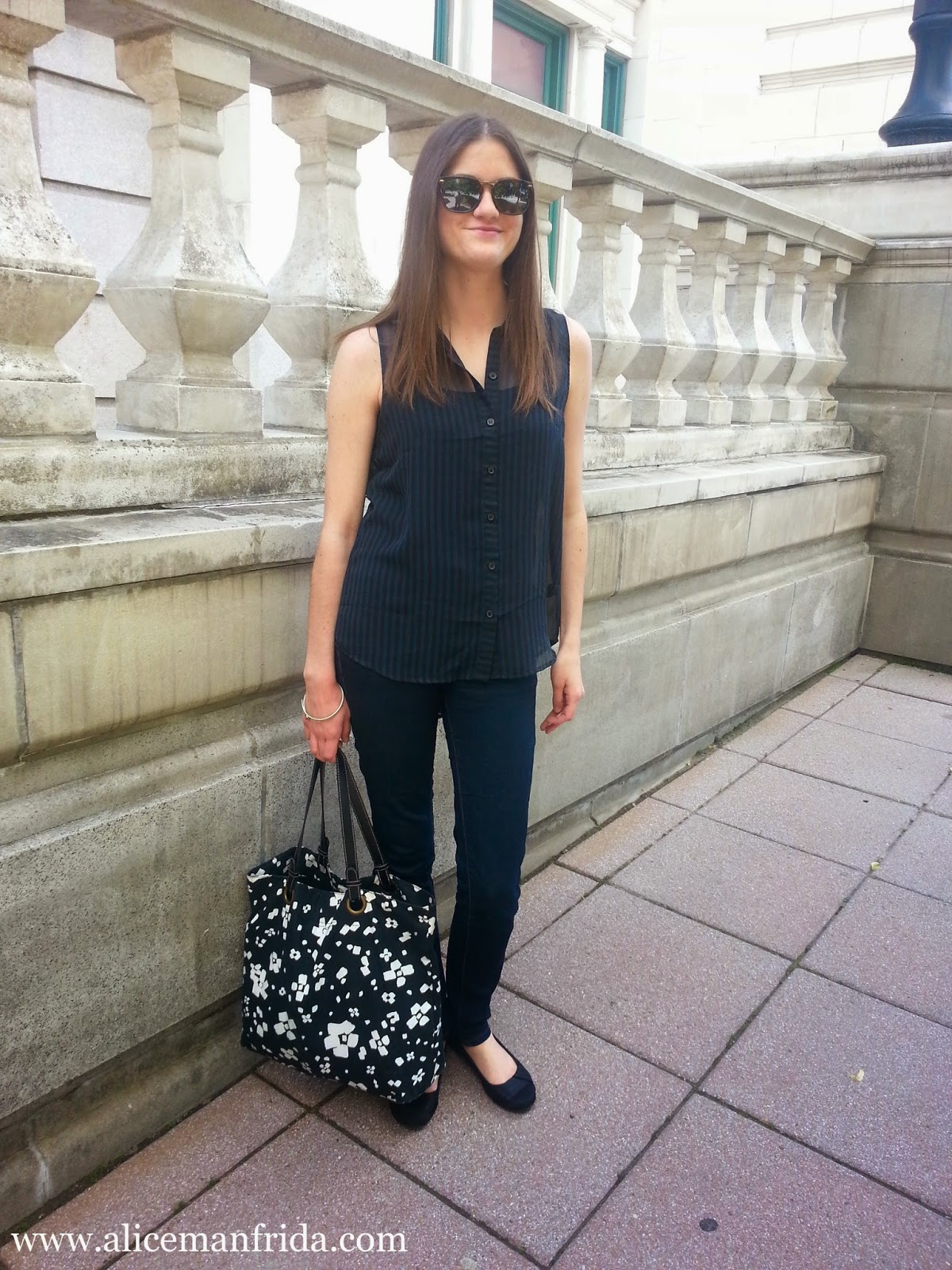 Whoa for the severe center part.  Ha ha!  This is also my favorite tote bag.  It's just black and white canvas and has a snap to close it.  It's big enough to be an overnight bag (when packed efficiently) but it's also small enough to use as a really large handbag sometimes. 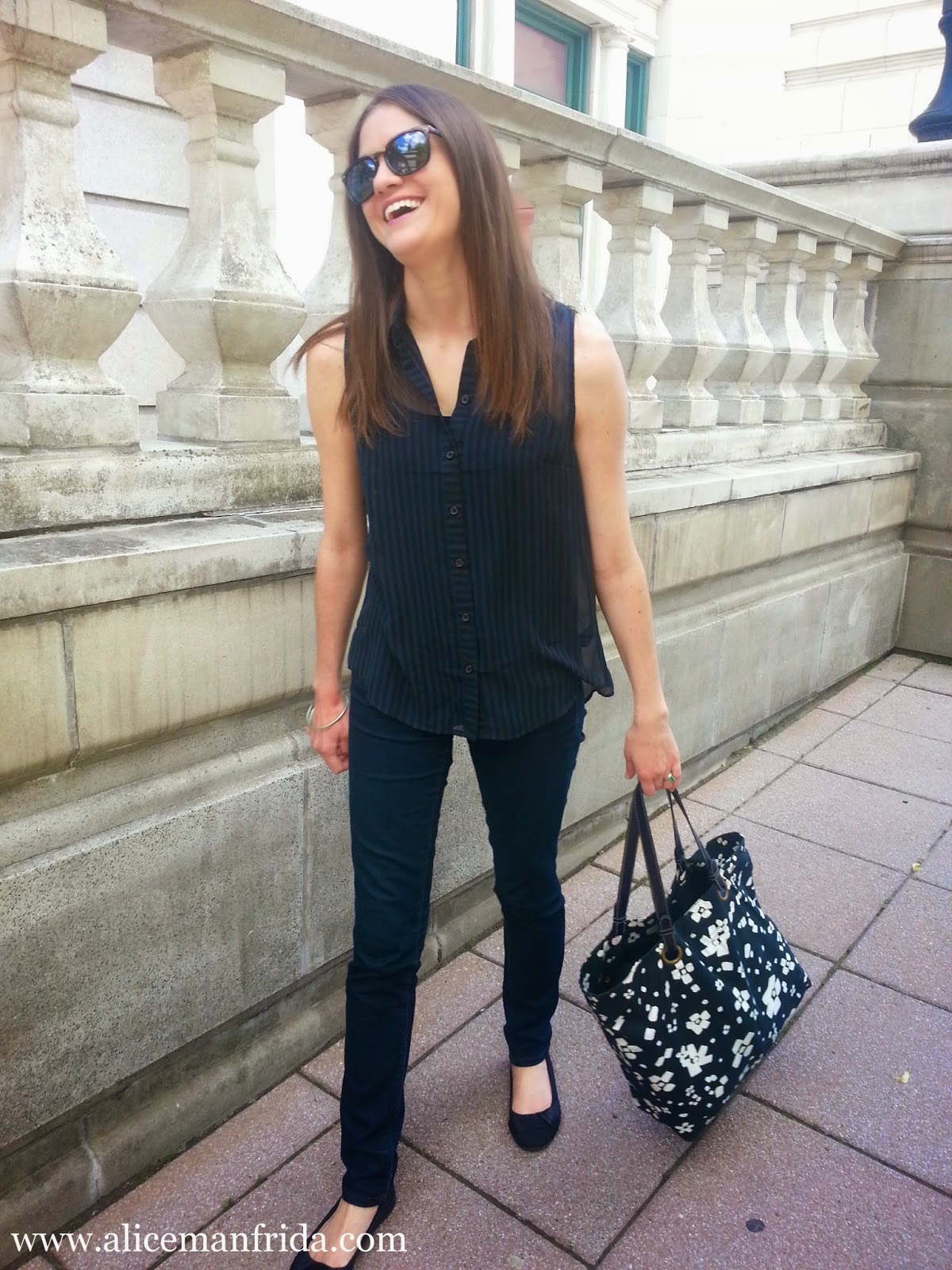 I was cracking up because people were looking at us while we were taking 5 billion pictures.
Posted by Unknown at 10:00 PM