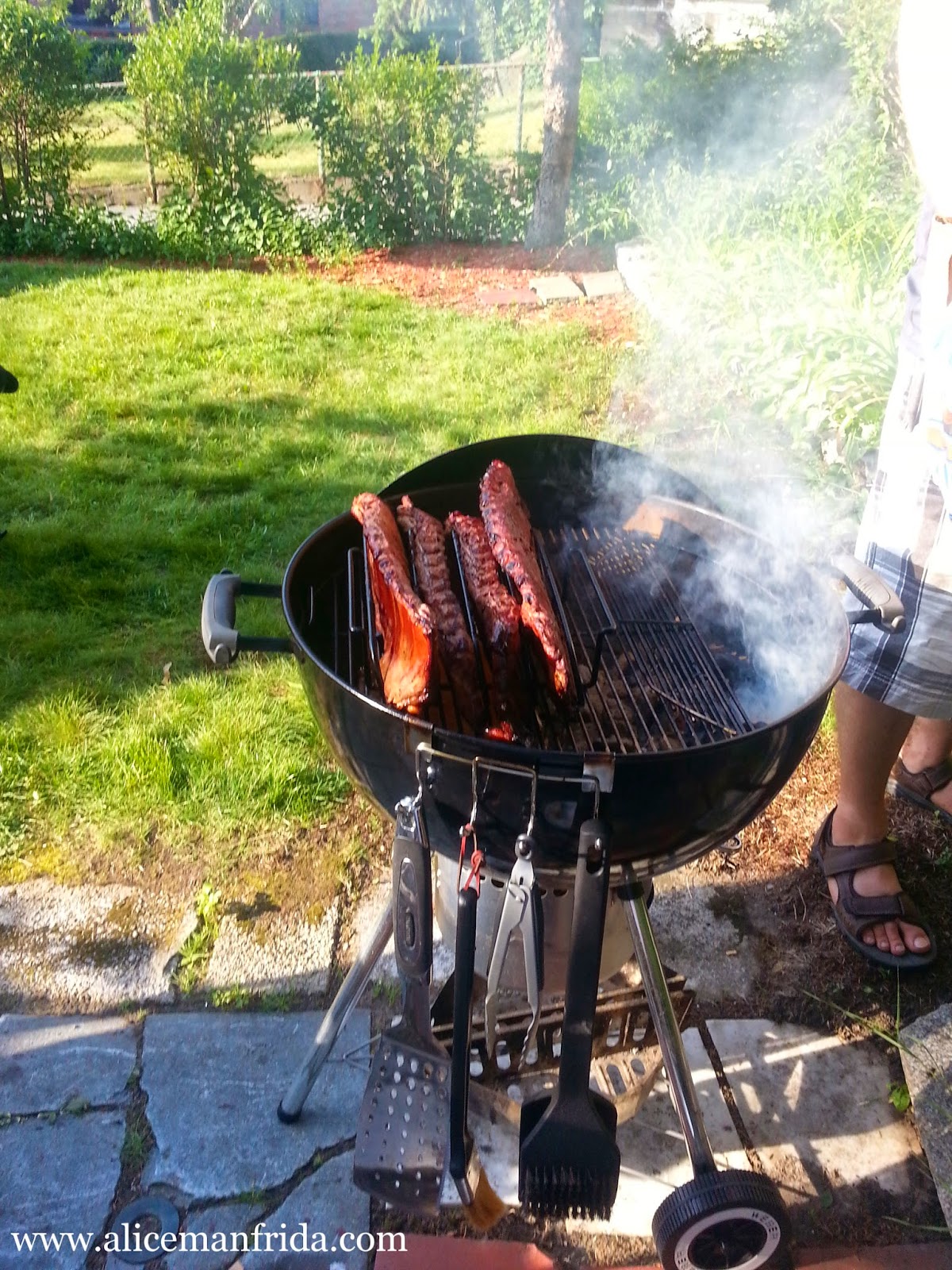 Happy Fourth of July!  Steve and I went to a cookout yesterday and ate soooo much food.  We had ribs, which you can see on the grill in the picture above, and steak.  There was also chicken but I didn't have that since I ate chicken for days after cooking one last weekend.  There was also a lot of snack food and watermelon, some of which was spiked with vodka.  It was a good party. :) 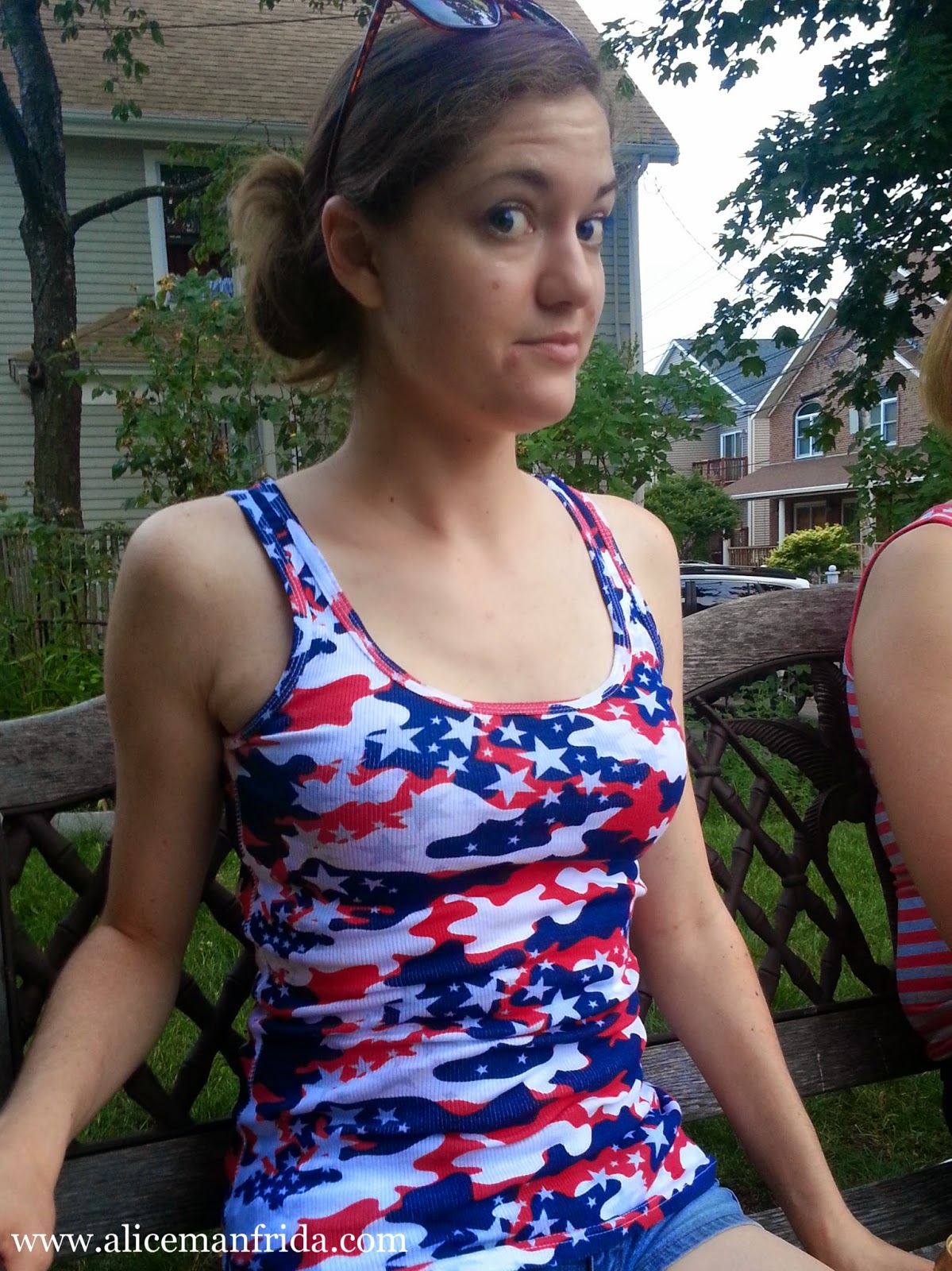 This is my incredible patriotic tank top!  It is basically American-themed camo print covered in stars.  Also, the picture doesn't show it but I had blue mascara on.  However, as amazing as I looked....... 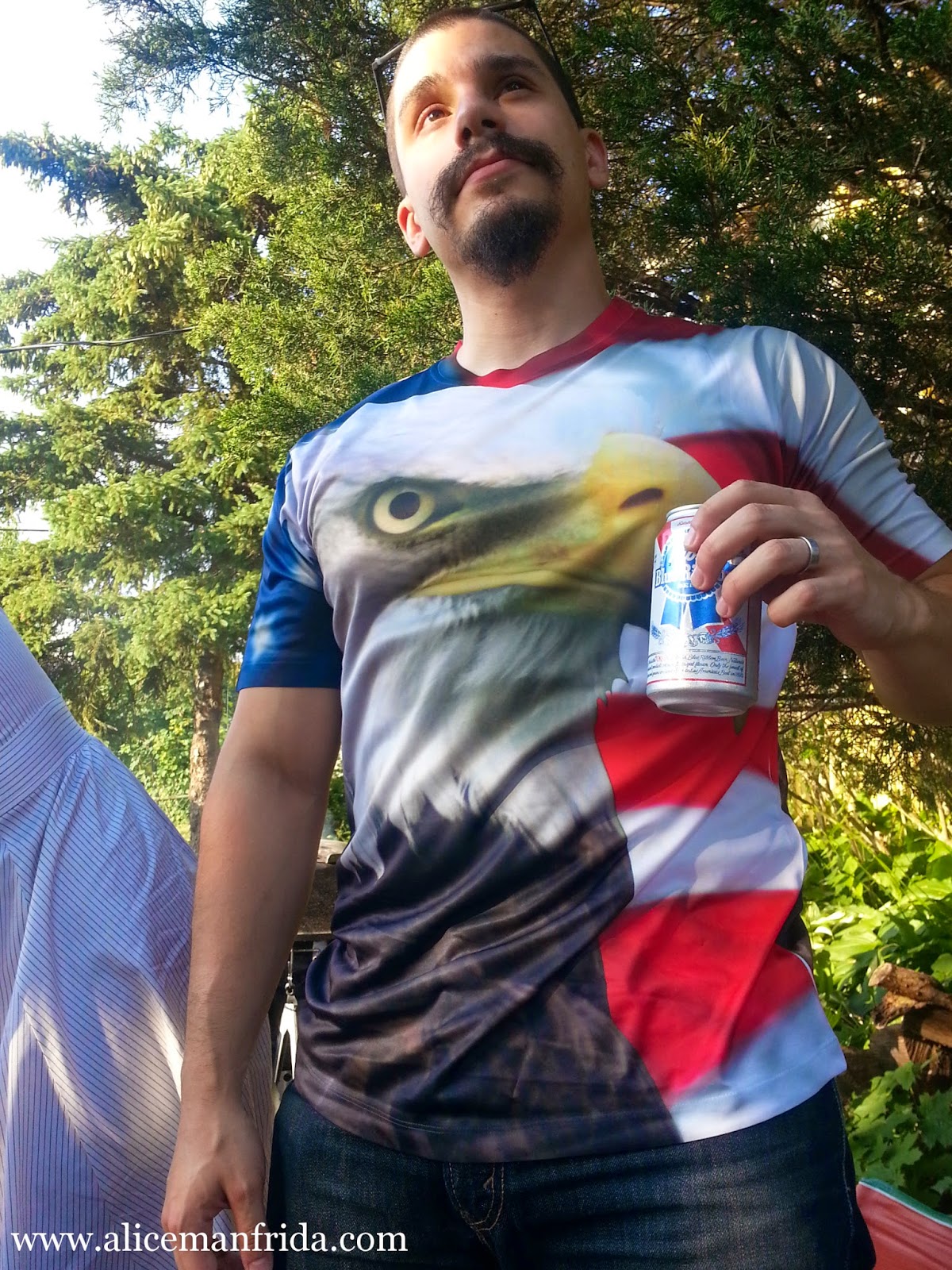 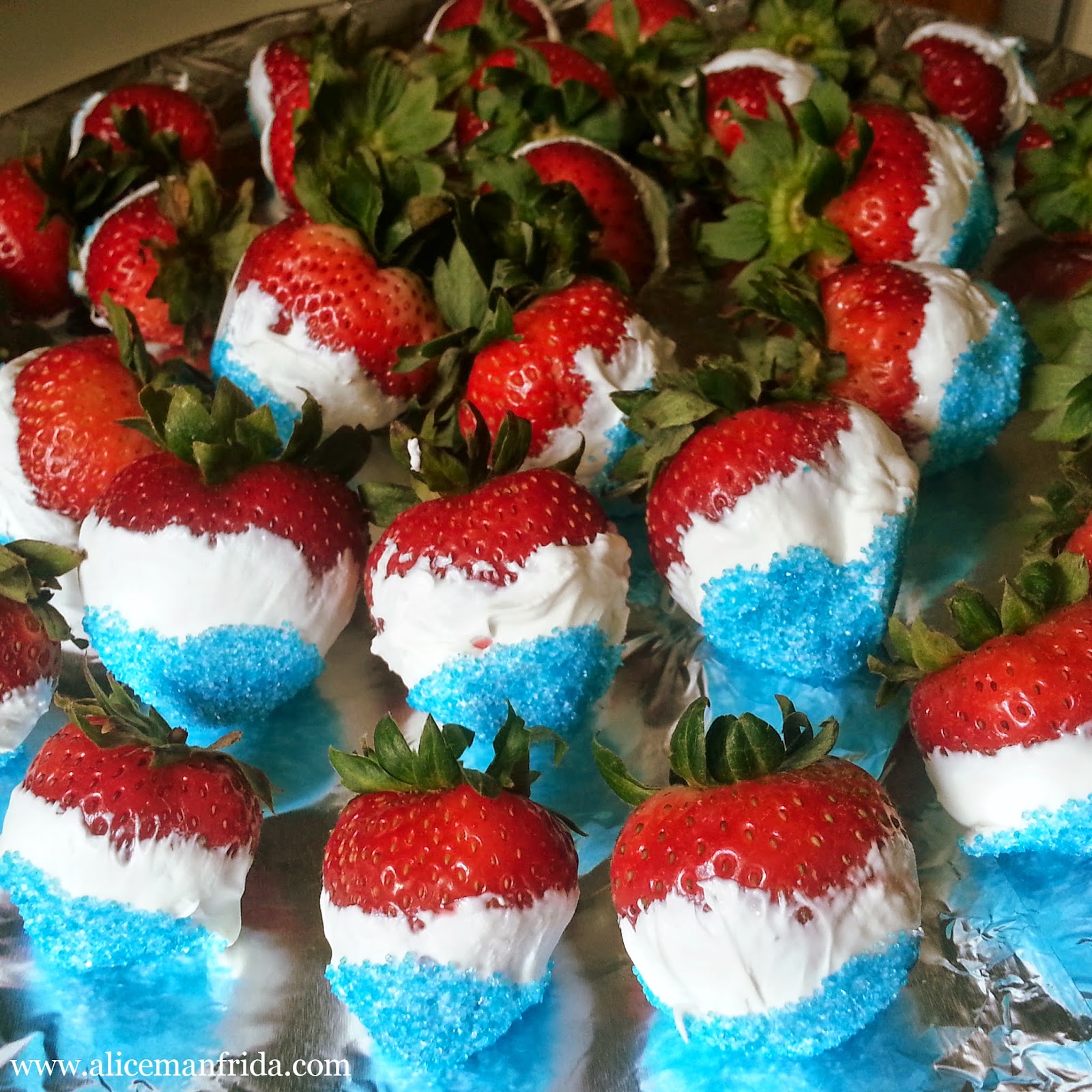 These red, white and blue strawberries were my food contribution to the party.  I brought a huge platter of them and they were devoured immediately because they were so yummy!  I got the idea from Rosanna Pansino's DIY July 4th Treats that she put up on her YouTube channel last week.