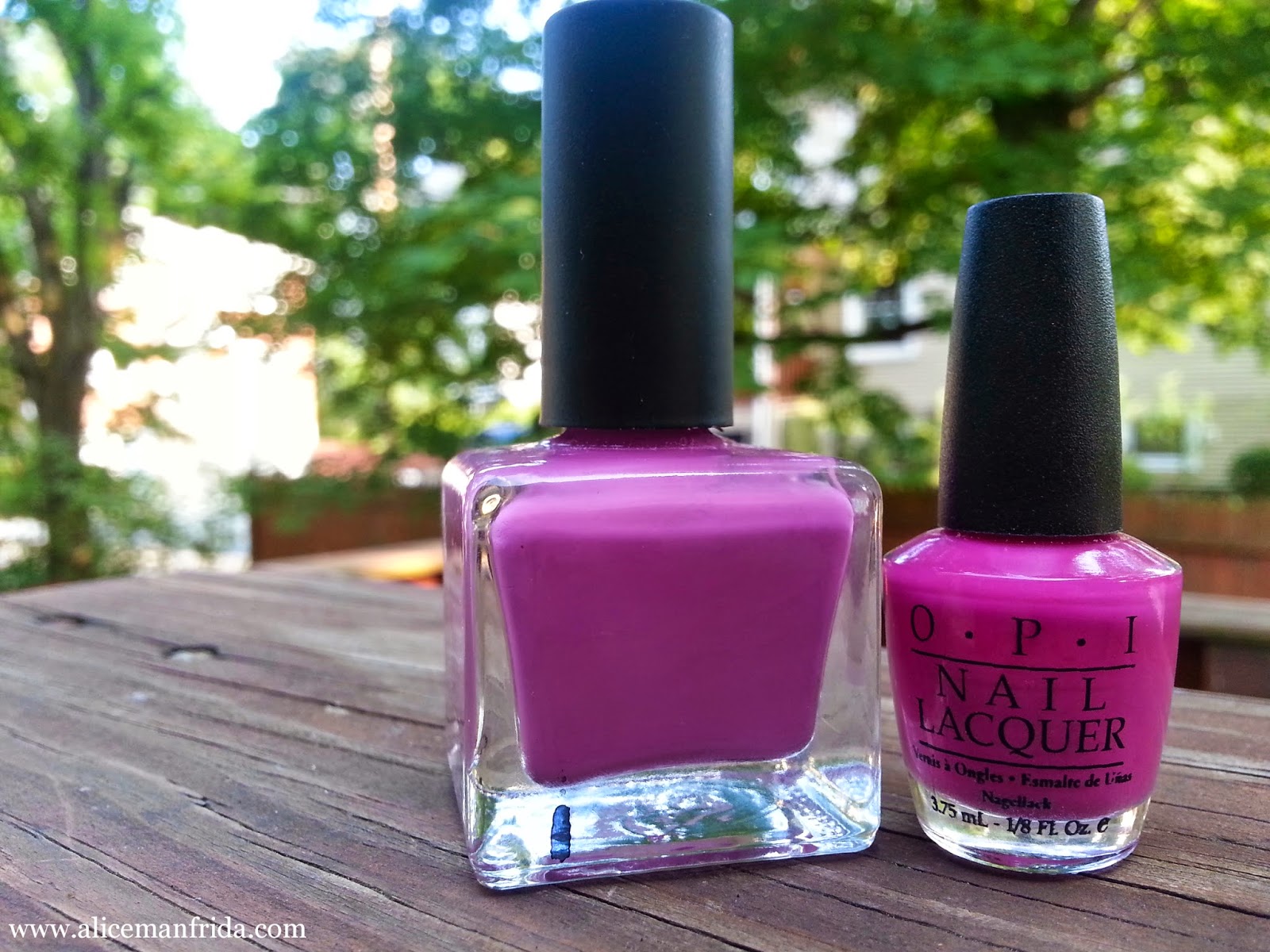 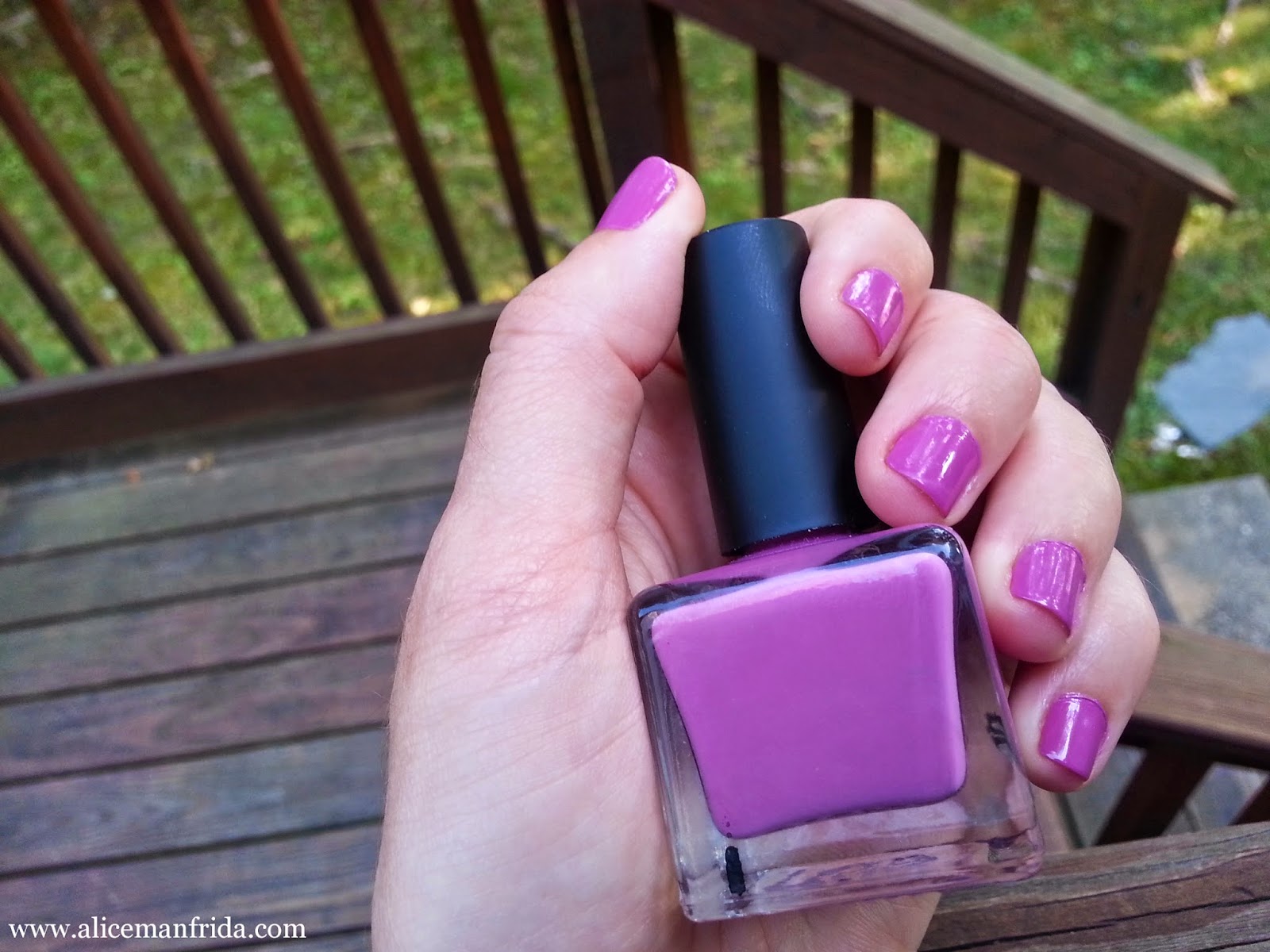 For my fingers I went with a color that I think might be Radiant Orchid, which is the Pantone Color of 2014.  Yes I know that.  I do care about these things.  2013 was Emerald and it was the greatest year of my life. 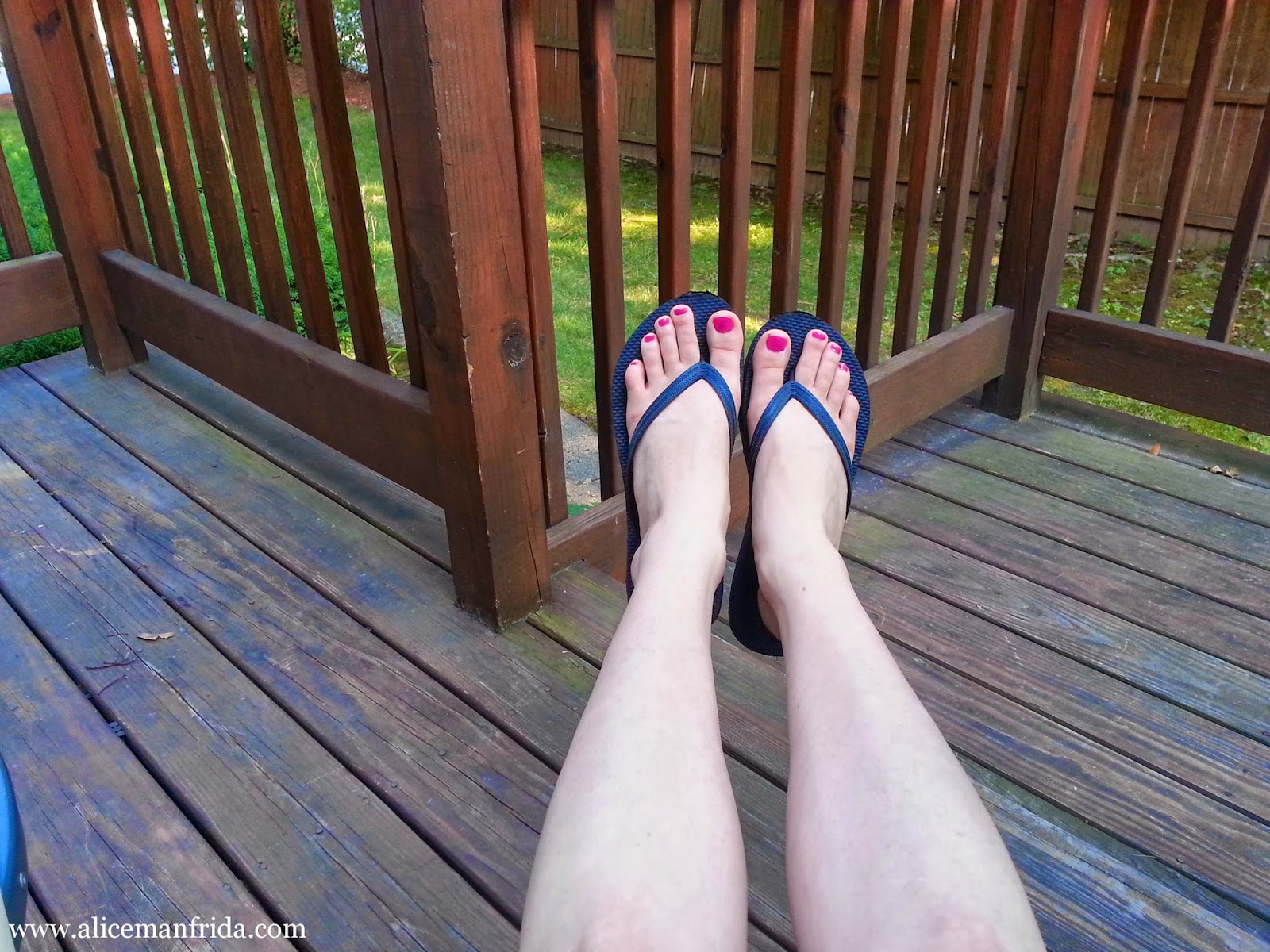 I probably have mentioned it before (and I probably will again) that I have lots of hot pink nail polish.  They are all different but they are all hot pink.  I like this one but I really hate the mini bottle.  The handle is small and annoying to hold but the part that's the worst is the teeny tiny brush.  It takes a ton of brush strokes to cover and entire nail.  But it's a good pink.  :)  I don't know what the name of the color is though because I think it came in a summer pack a few years ago and I might have split it with a friend or a sister.  The box was probably the only place that said the name.  It's too bad because OPI usually has really great names for their colors.
Posted by Unknown at 9:19 PM