Since the Fourth of July is on a Friday that means that the party starts tonight.  I have painted my nails accordingly. 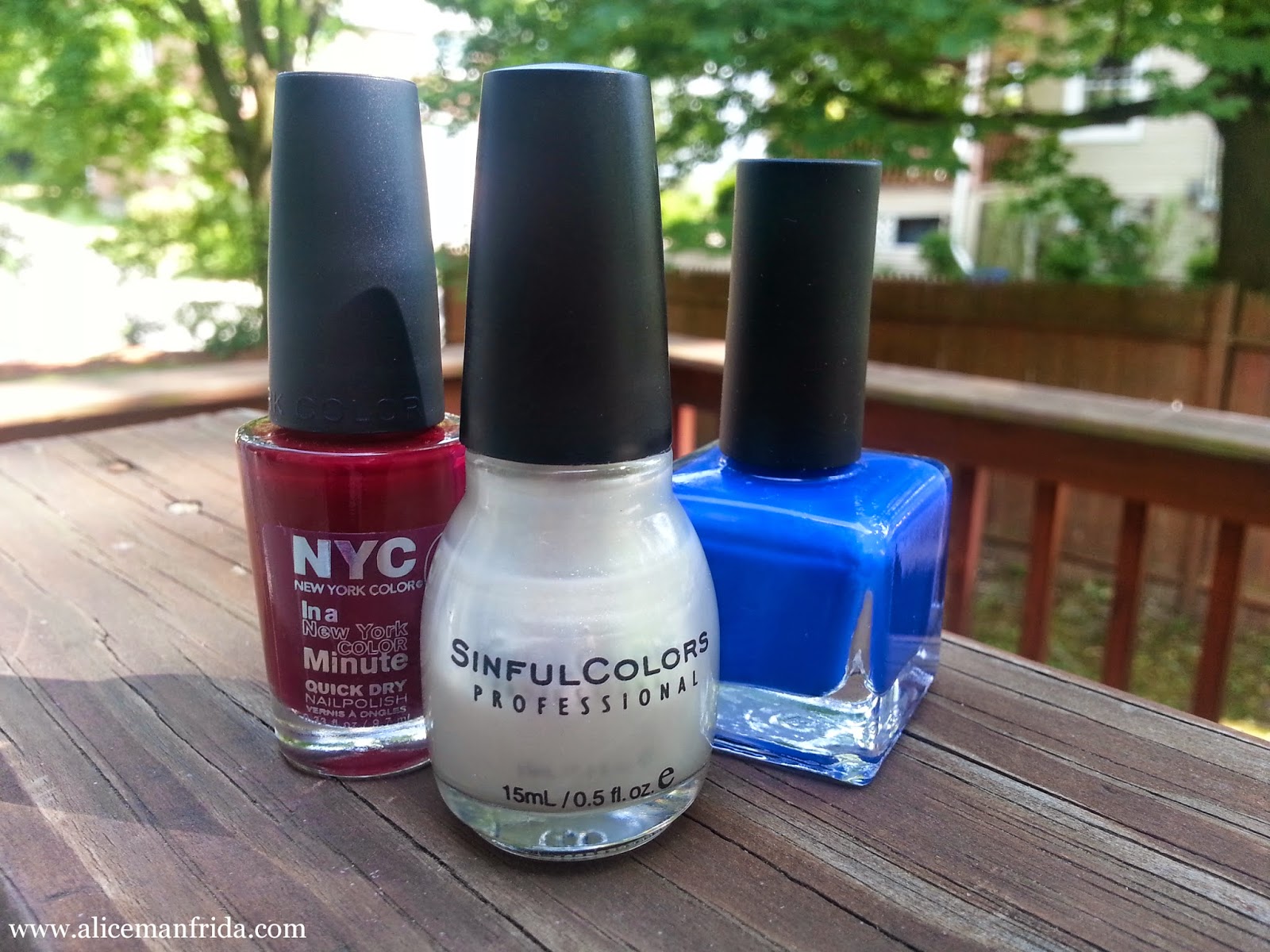 I love this red so much.  It's not a dark red but it is a slightly cool red, if that's possible for a warm color.  I think it is possible because I like how it looks on me and warmer, more orange reds usually look strange with my skin tone.  The blue is super bright and therefore is a more summery color than the navy that is actually on an American flag.  I decided to use this pearly white instead of a solid white because I think shiny = party. 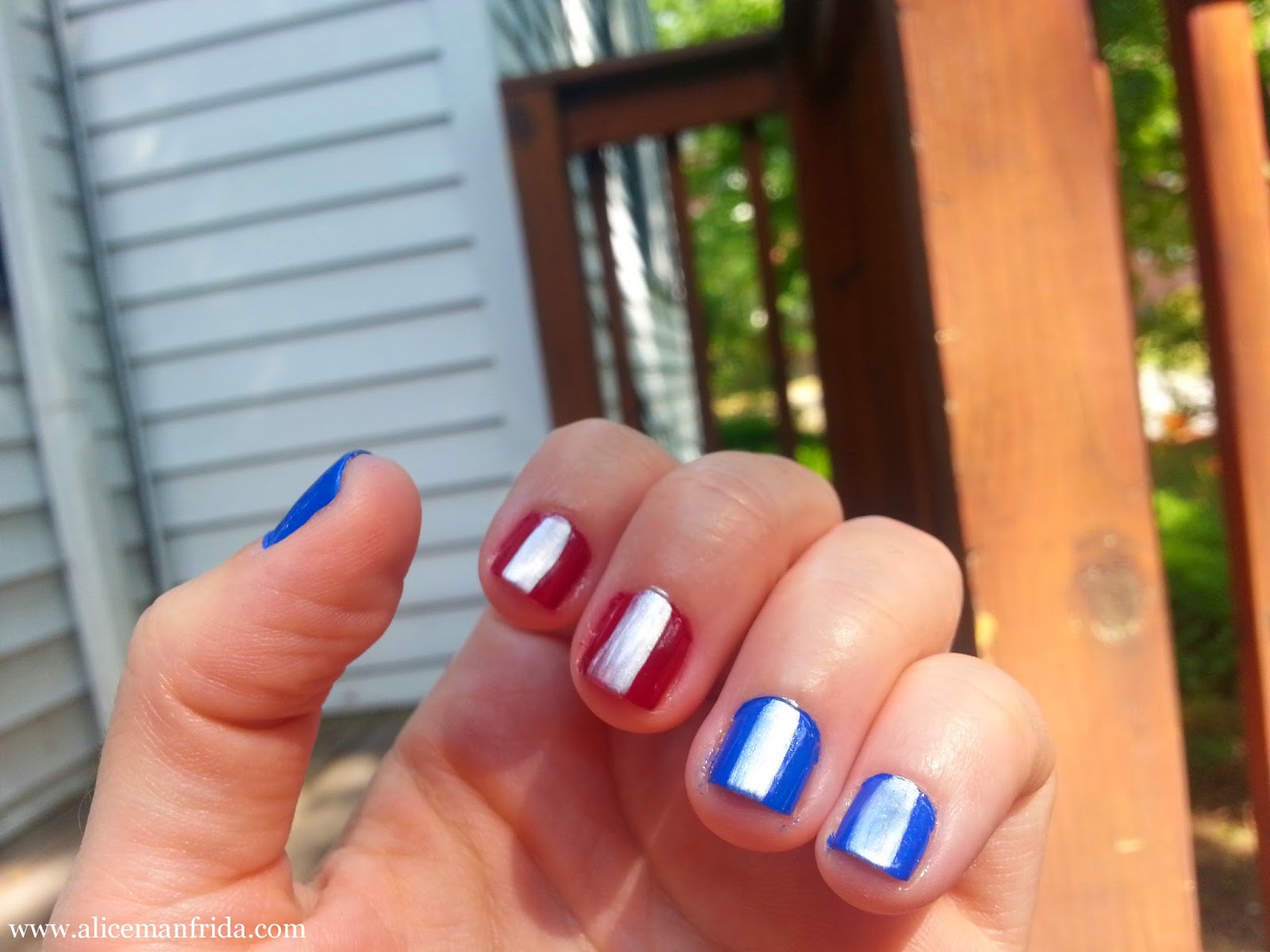 I did two coats of red and blue for the base and then painted a stripe down the middle of my nails.  This is my left hand.  On my right hand, I painted three red and two blue.  The pearly white goes on thin so the color showed through and I needed two coats of that, too. 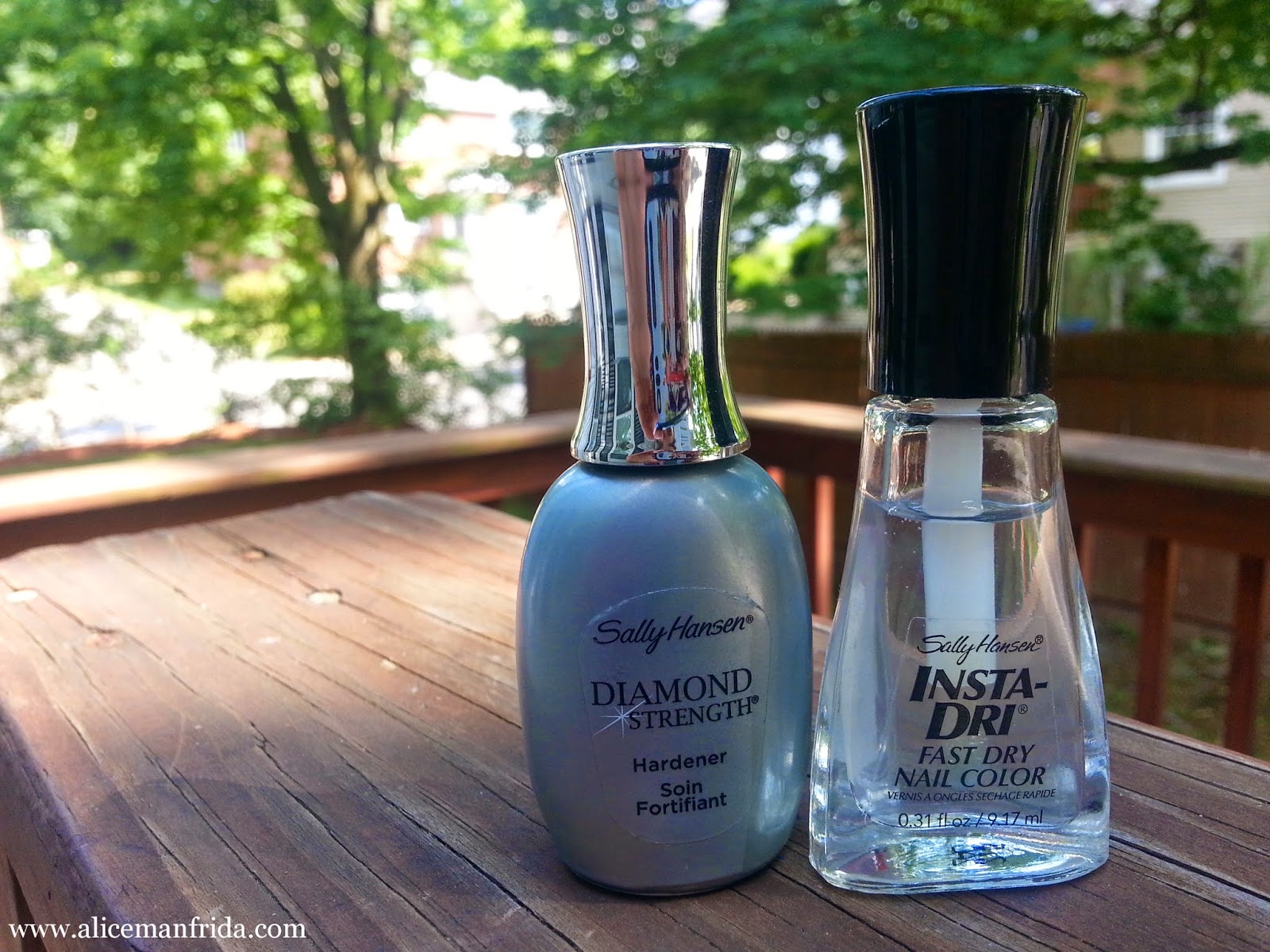 I almost always use Sally Hansen's Hardener as a base coat, as I've probably mentioned before on here.  It is also really good as just a clear polish.  I used the fast dry formula as a top coat because it is shiny and quick and I was sick of sitting around waiting for the many coats of polish to dry. 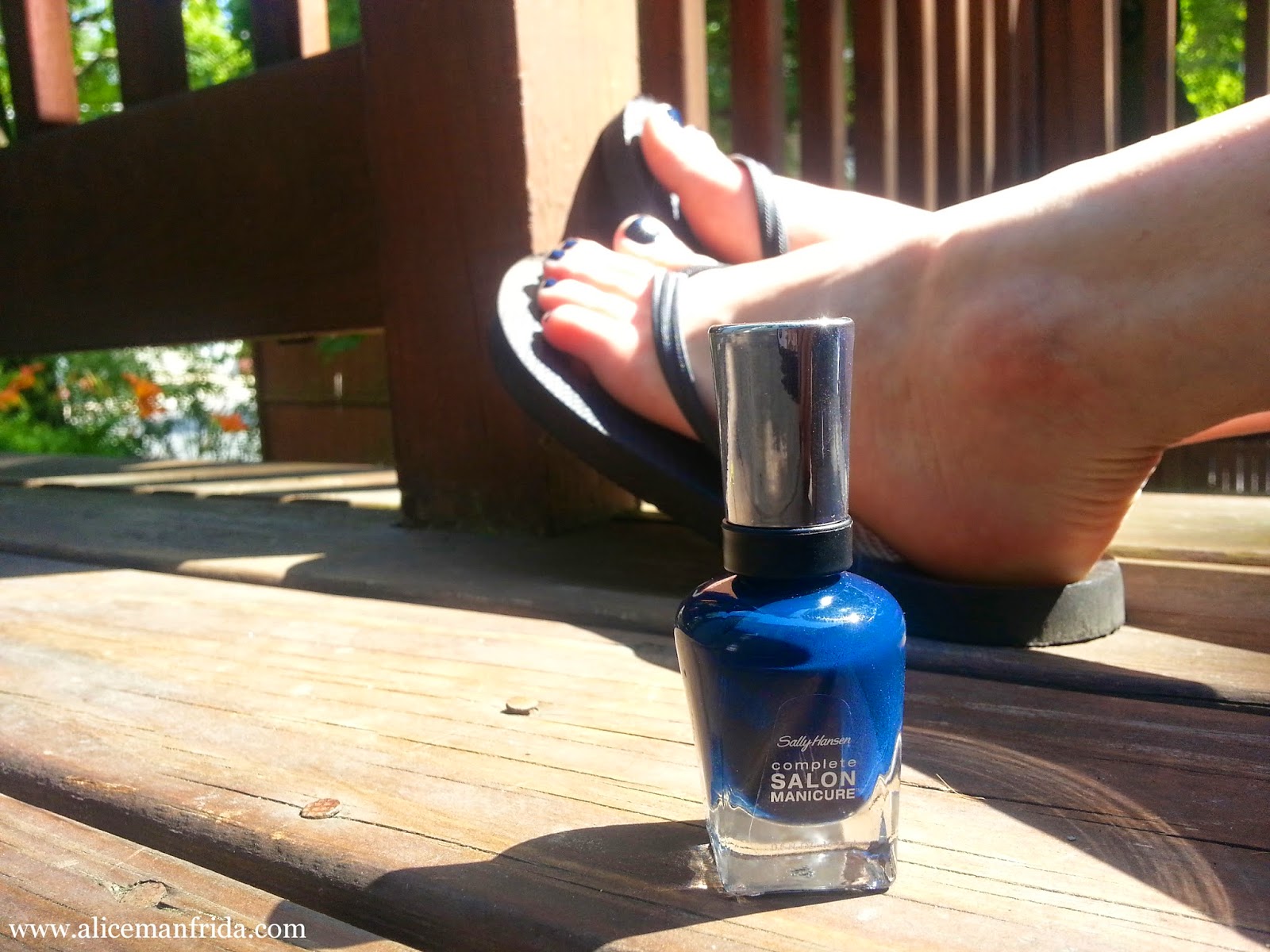 I decided to keep my toes a little less exciting because I don't change the color on them as often and I doubt I'll want American Pride nails after the weekend is over.  I still stuck with the theme though and went with navy. 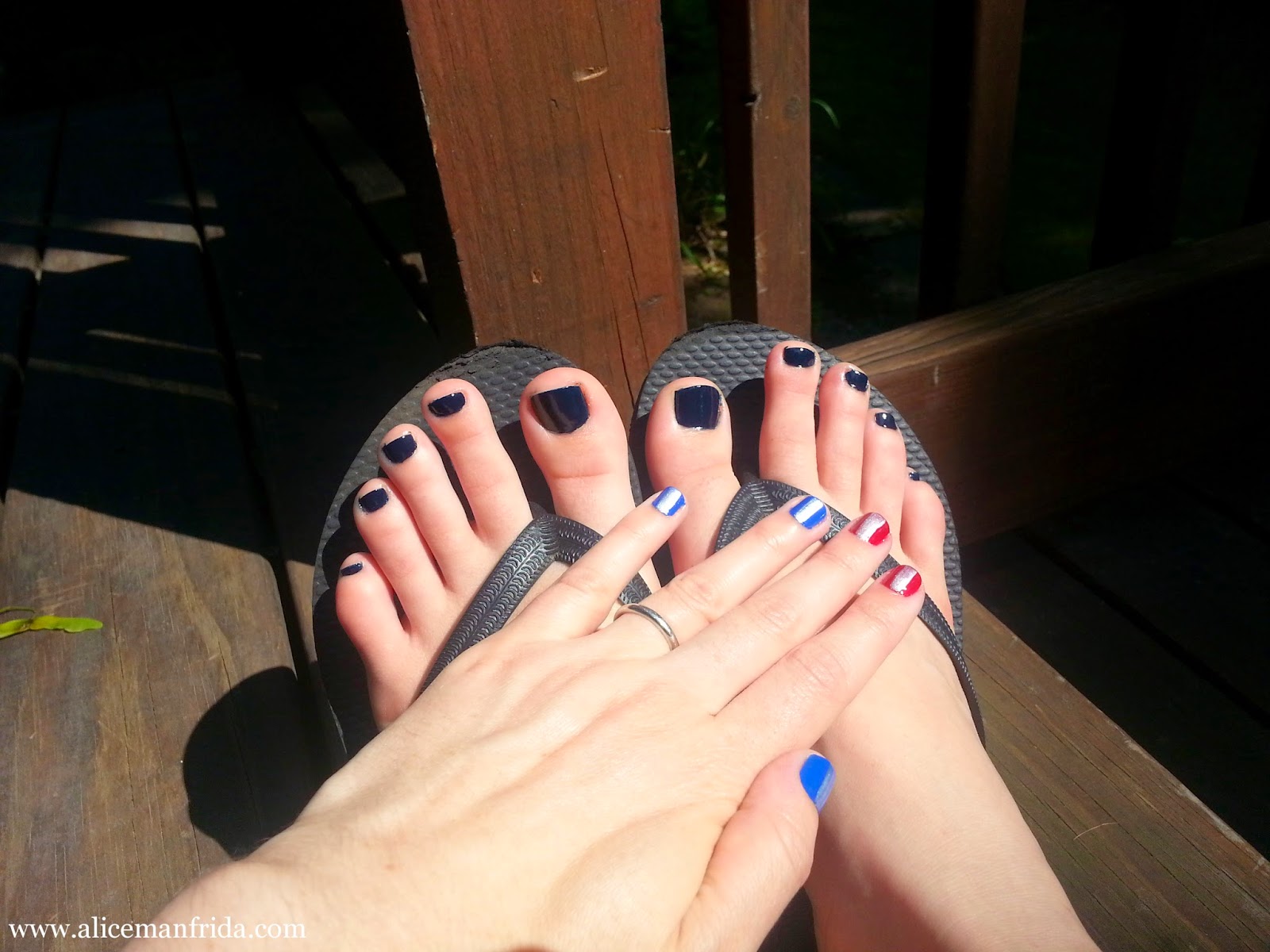