I ate out for every meal this weekend. 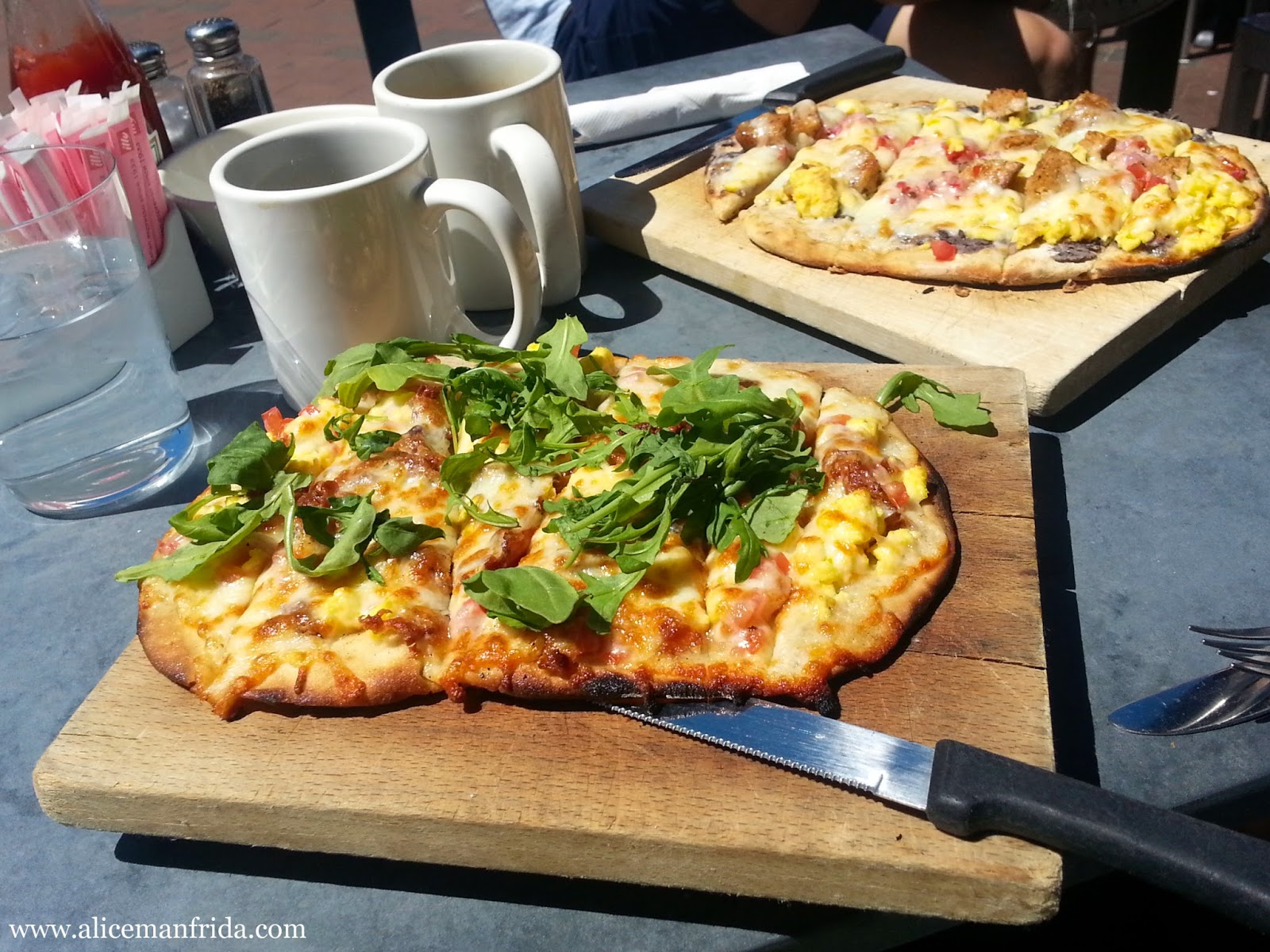 Brunch was breakfast pizzas in Harvard Square.  Mine had egg, bacon, cheese and arugula.  Steve's was some kind of egg, meat, and bean combination.  We sat outside because it was so sunny but then I ended up getting a sunburn on one arm.  I've been wearing long sleeves indoors since then. We at lunch/supper around 3:30pm, I think.  I got a cuban sandwich and fries.  Also, for any beer drinkers out there, Lagunitas currently can't do wrong in my eyes.  I had the IPA with lunch but have been trying a bunch of their beers recently and they are all good. 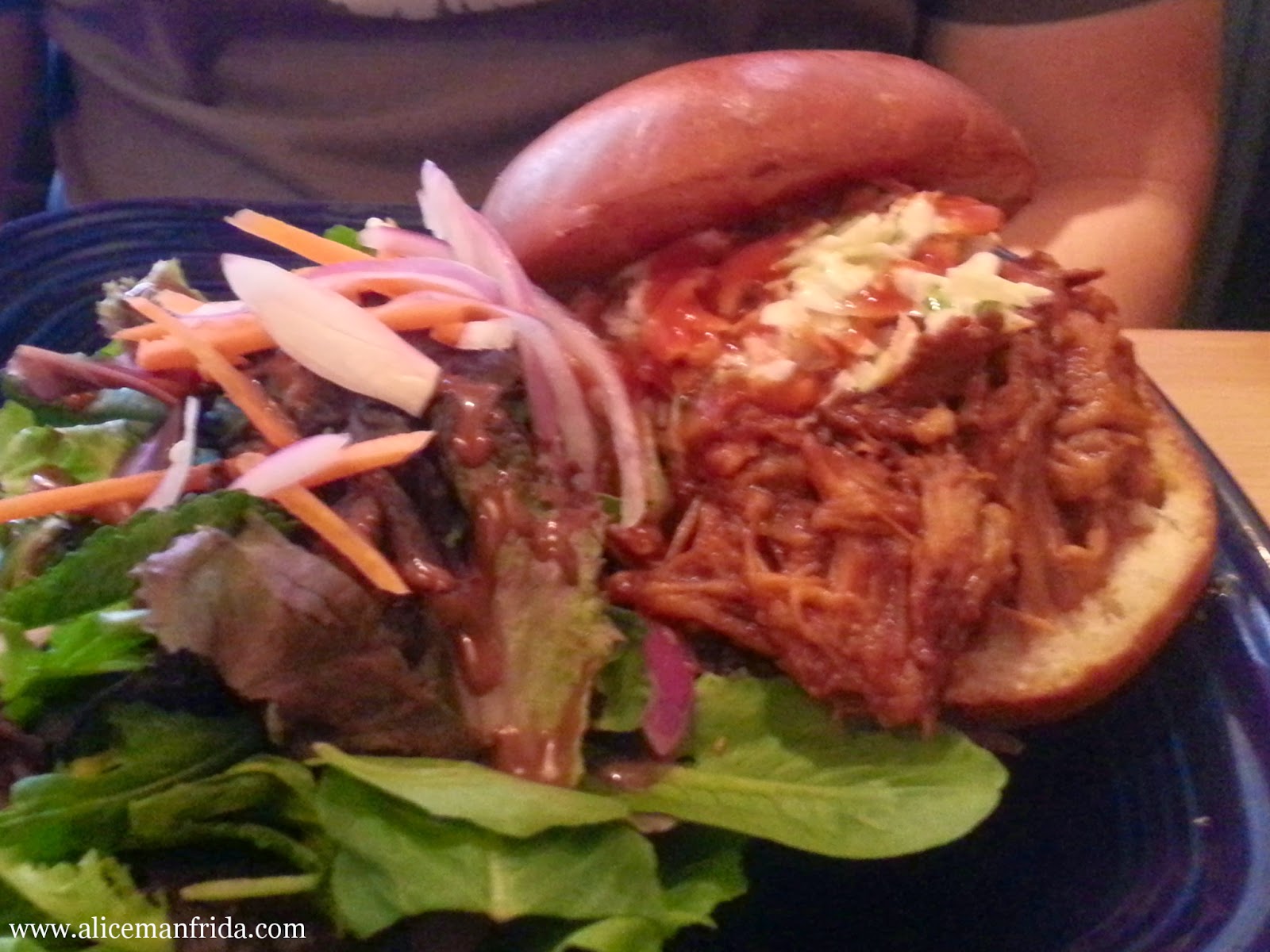 Steve had pulled pork and a salad.  The picture is blurry.  You can just imagine that everything is dripping in barbecue sauce.  It looked really good.

I went out to brunch with my sister and dad.  I had french toast with strawberry-orange butter and bacon.  I put maple syrup on both.  I forgot to take a picture of it but there were six pieces.  I could only eat four before I was stuffed. 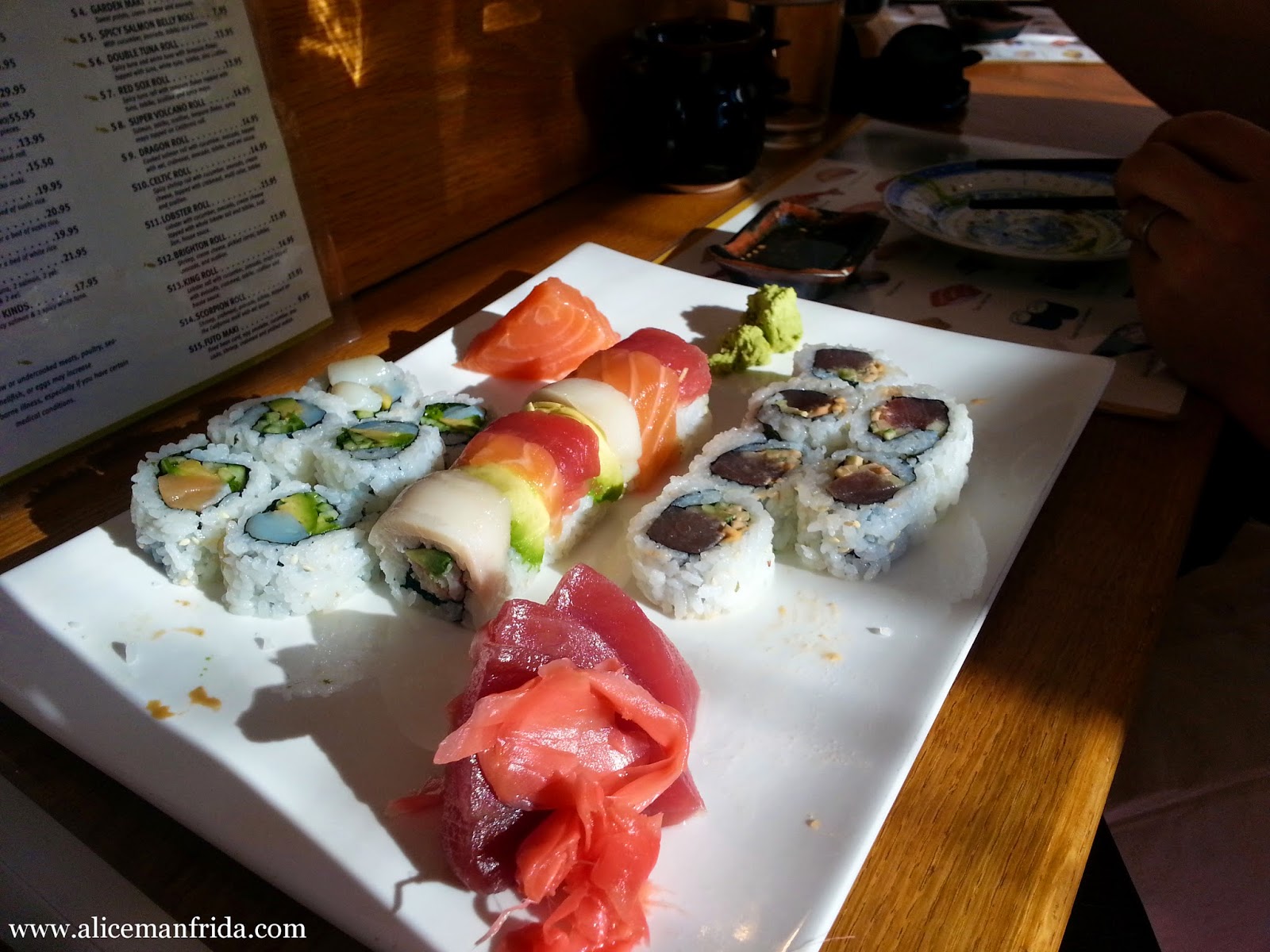 I left my house at 5:45am and didn't get home until almost 5:00pm.  I didn't want to cook anything so we went out for sushi.  We had already eaten some of it by the time I took this picture.
Posted by Unknown at 5:00 PM