During the day we went to a family birthday party.  It was sunny and hot but not humid so being out on the shady patio of a barbecue place was perfect.  I had chicken, macaroni and cheese, and cornbread.  Steve had all of that and a pulled pork sandwich.  I didn't take pictures of anything at the party because I was too busy catching up with lots of cousins.  :) 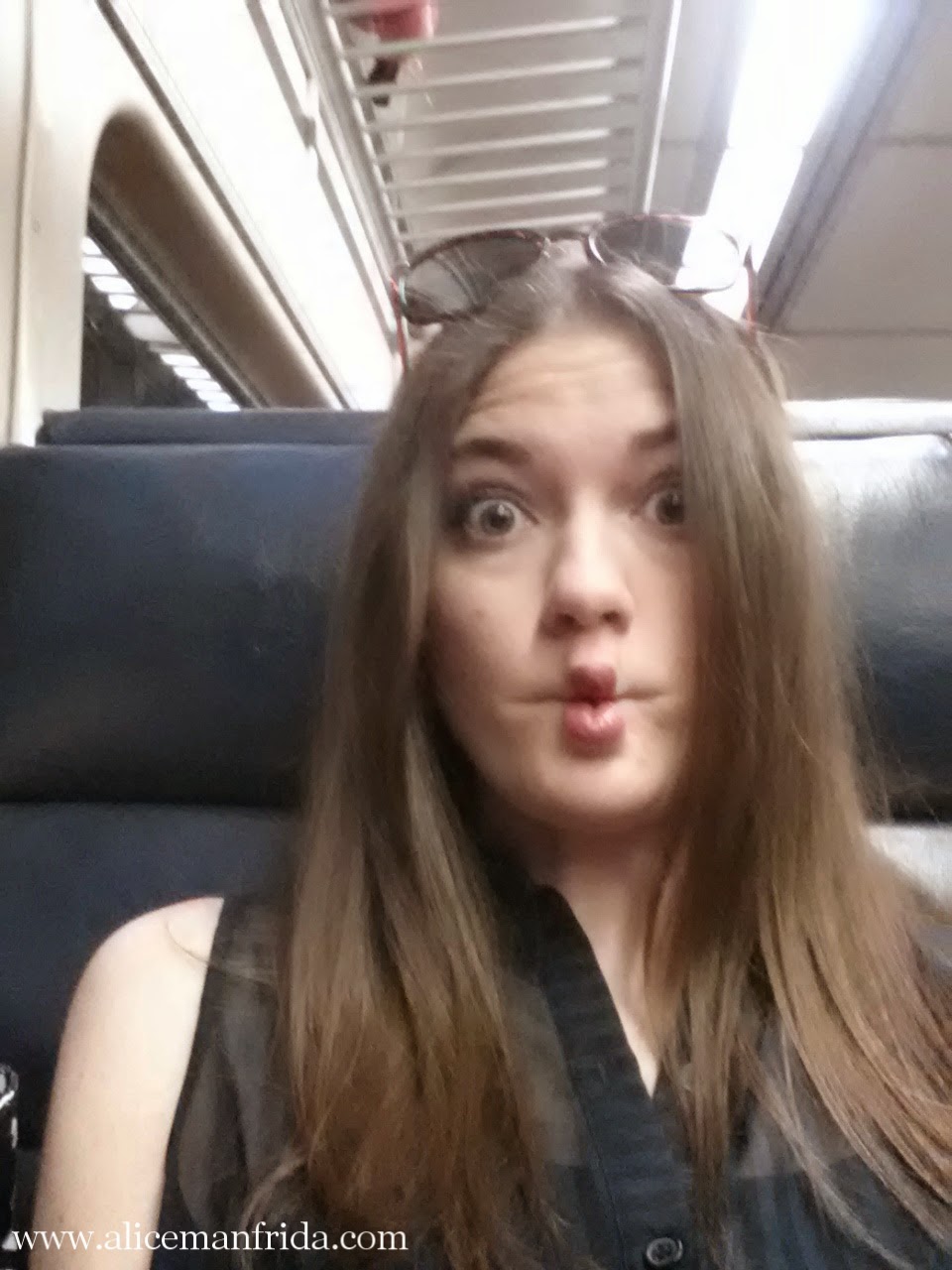 I did, however, take this really beautiful selfie while I was on the train on the way to the party.  As you can see it was warm enough that I didn't even need a sweater on the train and was actually happy for air conditioning, which I am usually against.

One of my friends and her husband picked us up from the party and we went to have a slumber party at their house!  This was the best because it made spending money and time on the train MORE worth it.  We stayed up late and watched a ridiculous movie so it was a legit slumber party.  In the morning we went to get brunch.  I got Belgian waffles with berries and an egg.  Then our friends were literally the nicest and drove us all the way home.  So no return train ride for us!

Steve and I played Lego Batman for most of the afternoon and then we watched a bunch of episodes of Archer.  We also ate a giant plate of bologna and cheese.  It was Amish made bologna that we just bought on vacation and it was soooo good!  I love bologna but pretty much never get it. 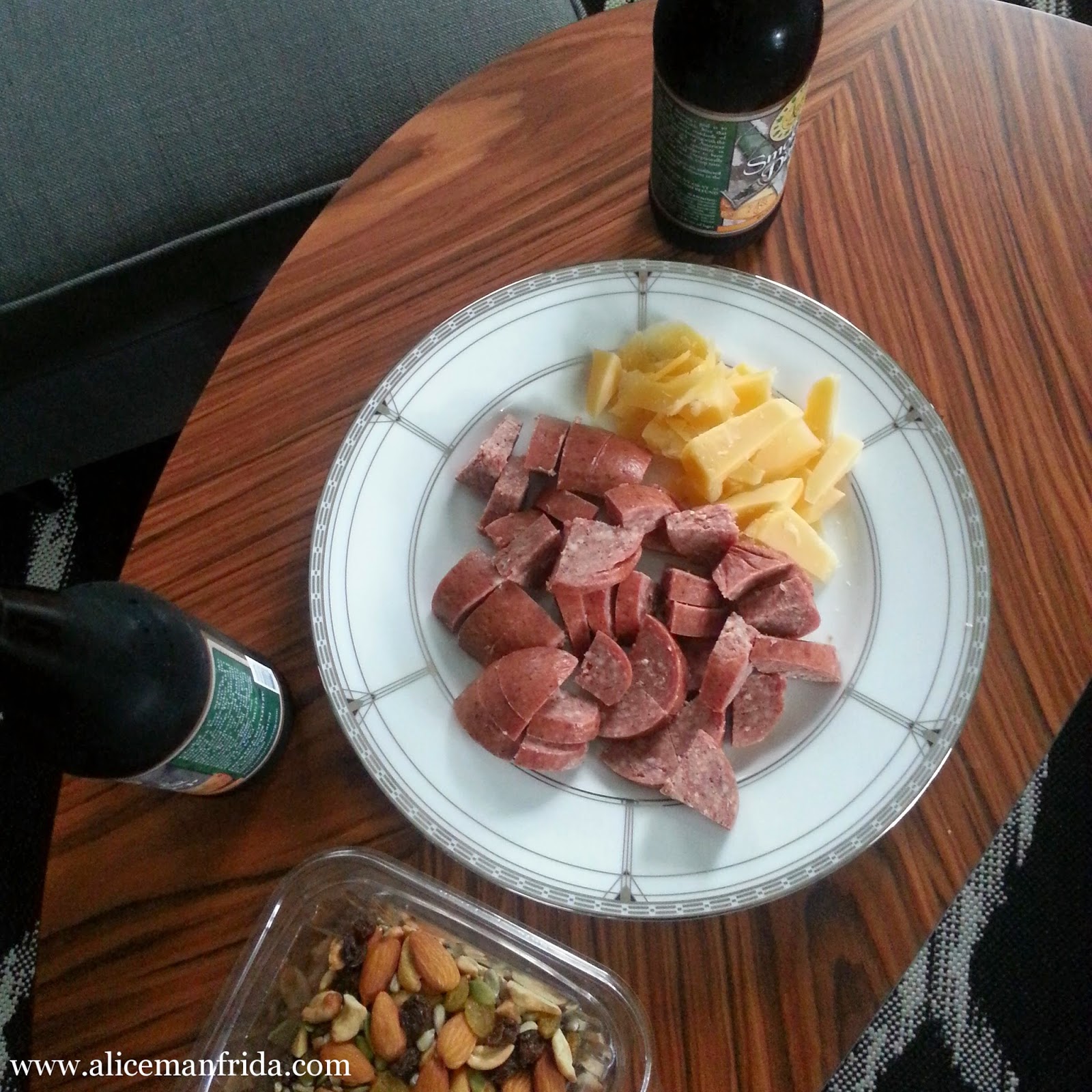 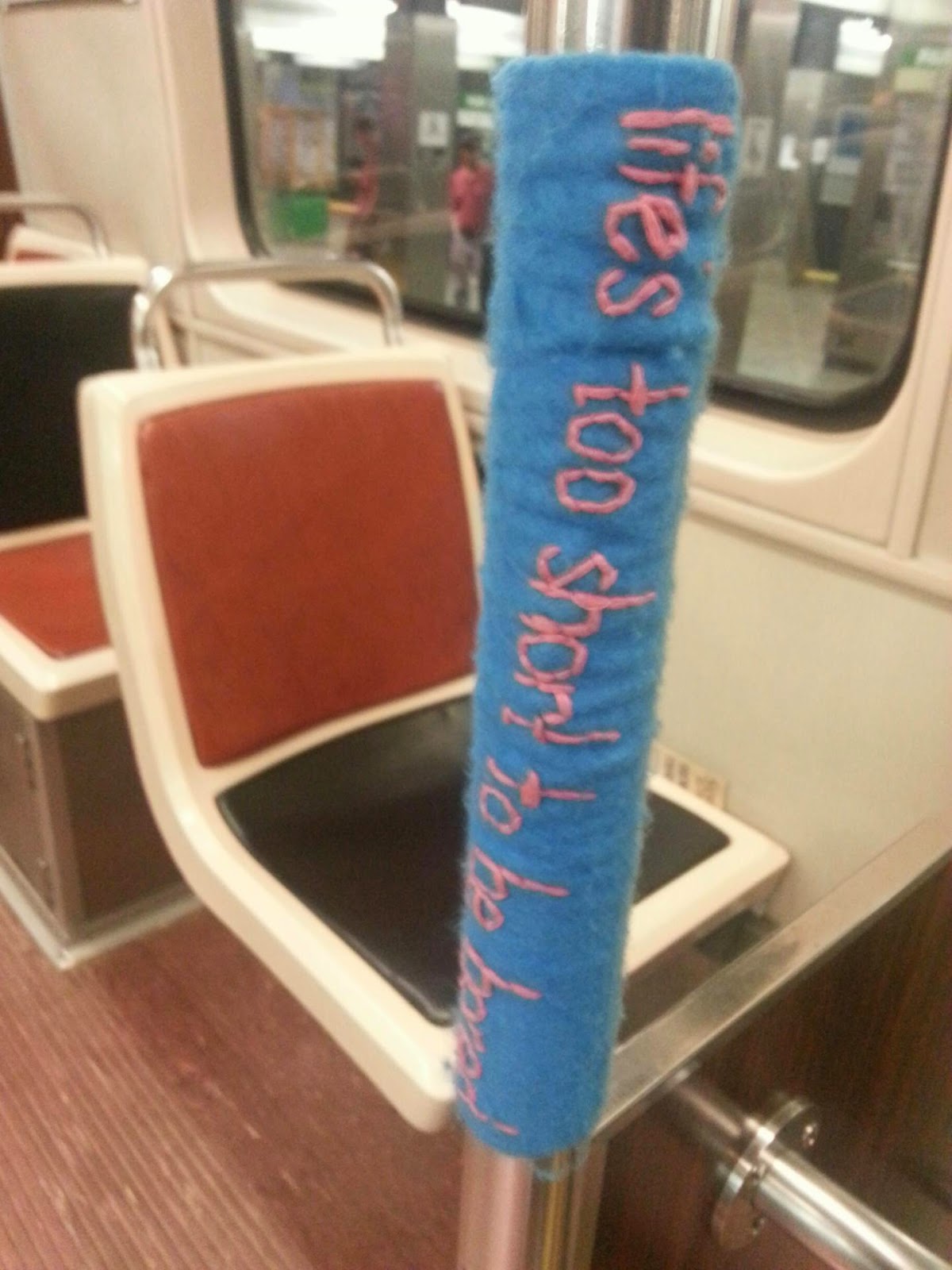 "life's too short to be bored"

We found this little piece of yarnbombing on the T on Saturday.  It's a good reminder.  :)