My hair is getting a little scraggly these days.  I keep thinking I want to do something with it but I haven't decided what to do yet.  Sometimes I think I want to color it but then I think about how I don't have any gray hair yet and I don't want to waste the natural color.  I know I need to get the dry split ends trimmed but I keep procrastinating because maybe I want a different style, I'm just not sure which one. 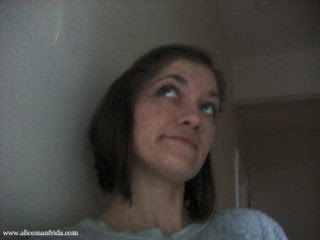 Two summers ago my hair was down to the middle of my back and I got it chopped really short in kind of an asymmetrical wedge style.  This was the shortest I've ever had it.  After letting it grow for a year I had it evened out last summer right before my wedding.  I only had the tiniest bit trimmed off the back and a huge chunk from the longer side in the front.  Now it's been almost another full year and I haven't even gotten it trimmed, which is terrible.  Well, I say terrible but my standard is to get it cut to just past my shoulders every August and that's it.

These pictures are kind of poor quality because they were taking on a flip phone that was already a dinosaur two years ago.  Ha ha ha! 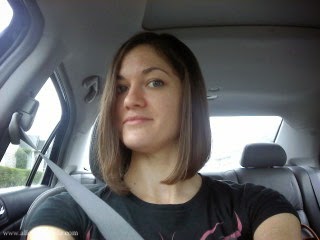 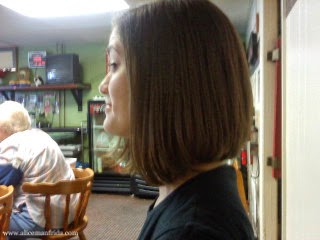