Pennsylvania Vacation: Part 2 - The Food (and the city)

While in Pennsylvania last week we ate a TON of food.  Like I mentioned in yesterday's post about the inn where we stayed, we got a 5 course breakfast every morning.  There was so much food that we were full enough to skip lunch.  I didn't get any pictures of the breakfasts because they were served in a formal dining room with the other guests staying at the inn eating with us so it seemed like taking pictures would be rude.  But they started with a pastry, then some kind of yogurt and fruit course, then a giant plate of fruit, meat and either pancakes or egg, then cereal, and then dessert.  It was different every day, everything was delicious, and I'm not sure why this was the first time I ever thought of having dessert after breakfast. 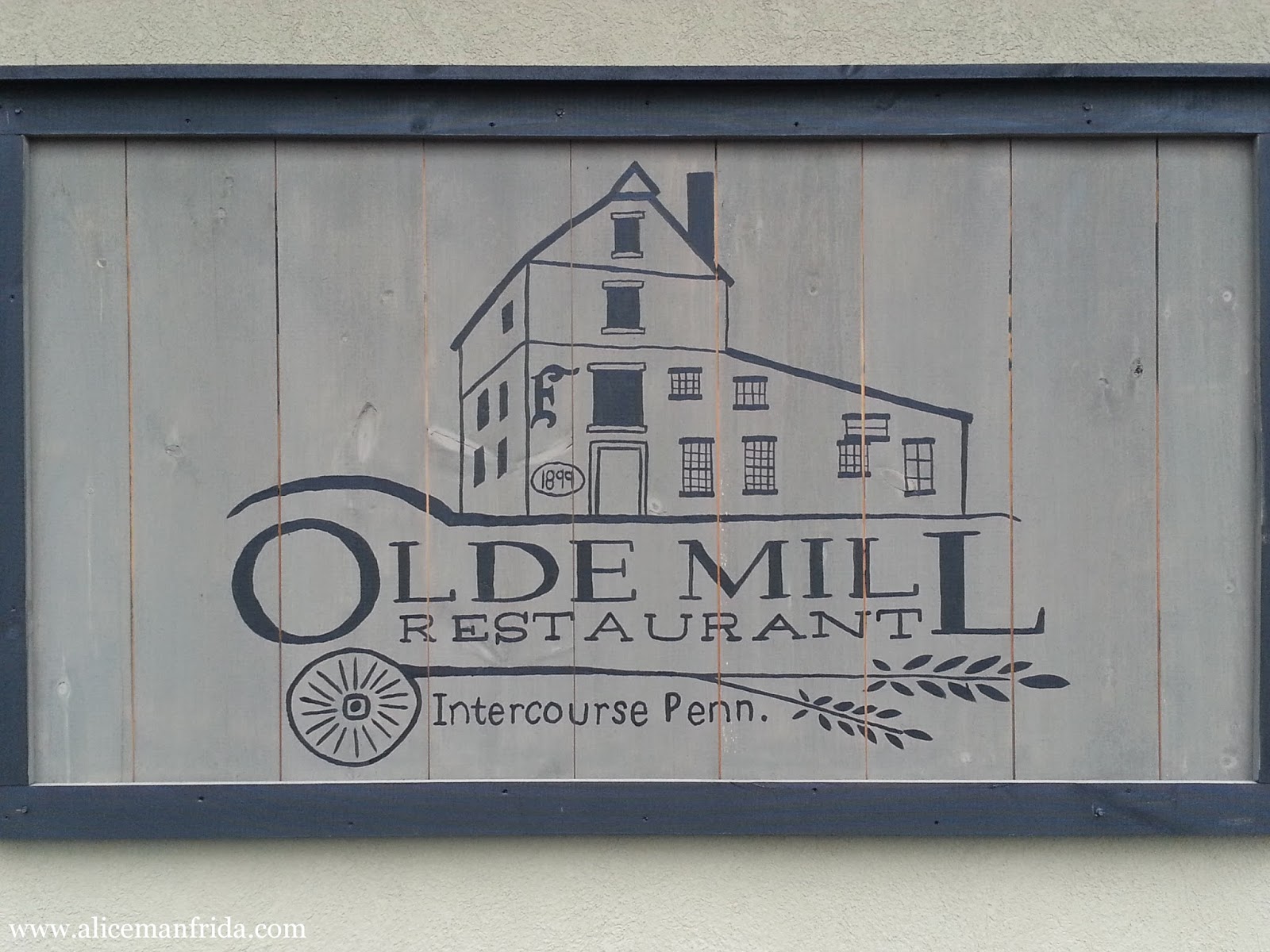 We arrived a little later than we planned because we hit some rush hour traffic and an insane thunderstorm at the same time and when we went looking for dinner we found that there was only one choice because it was the only place still open.  This was at 7:15 pm, by the way.  We were so hungry and glad to be out of the car that this was the most delicious food ever.

The next day we ate pretzels for lunch even though we weren't hungry.  The day after that our snack was wine and cheese.  We got the wine from a local vineyard and the cheese from a little cheese shop that is run by a really nice guy who gave us lots of samples. 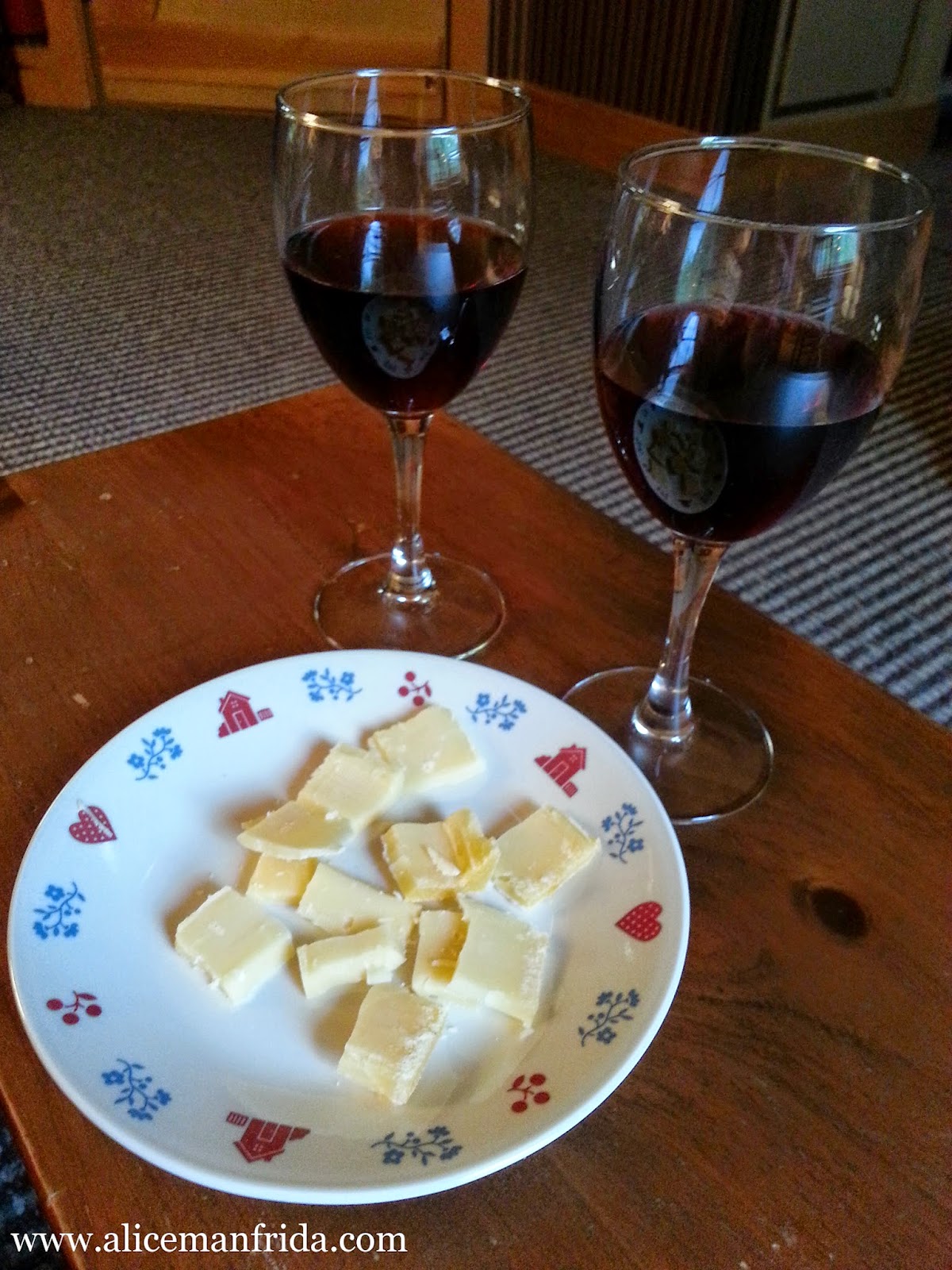 The place we went to eat at on this day had more gravy.  This place was huge and had a gift shop that sold Amish romance novels.  I didn't buy one.

The third night we drove a little further away and found a place that had turtle soup on the menu.  I wasn't a fan but Steve liked it.  I switched out gravy for creamy salad dressing.  If you can't eat like crazy on vacation then you're doing it wrong.

Something that was on the menu at most of the places we went to was "Broasted Chicken." 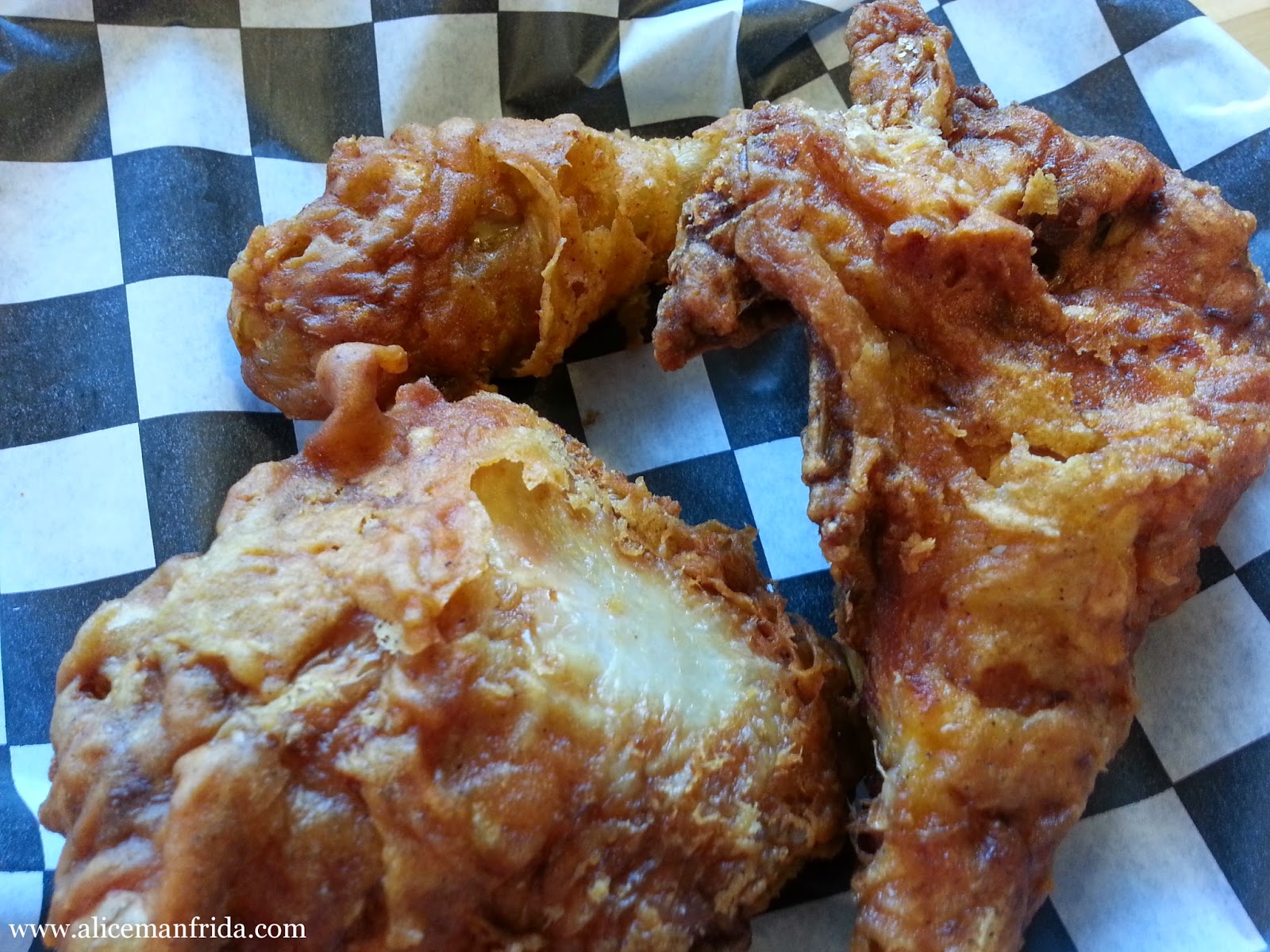 On our last night we went to Lancaster, which is the city in the area.  We found a coffee shop and a bar that felt a little like being at home.  No gravy for us today! 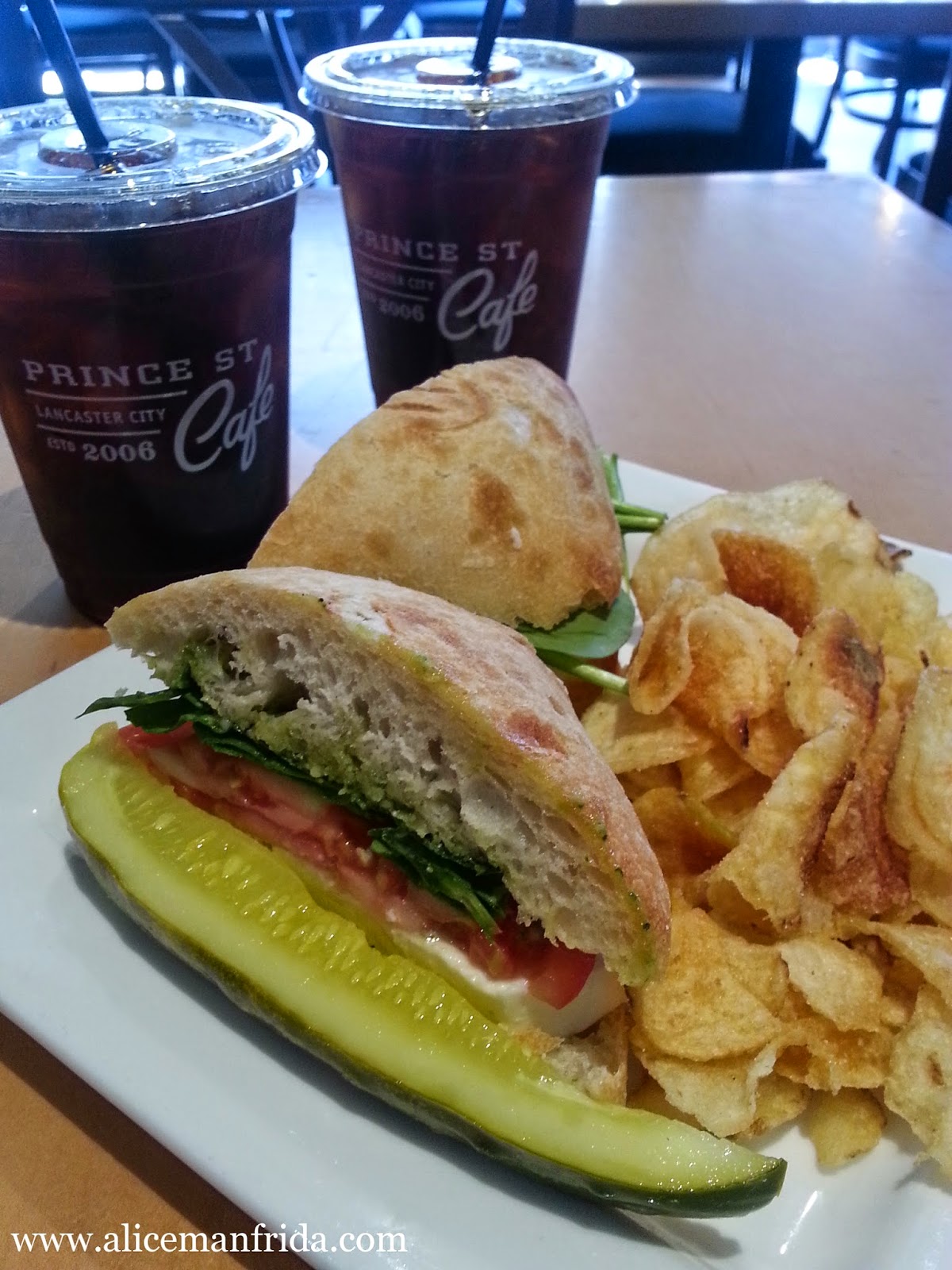 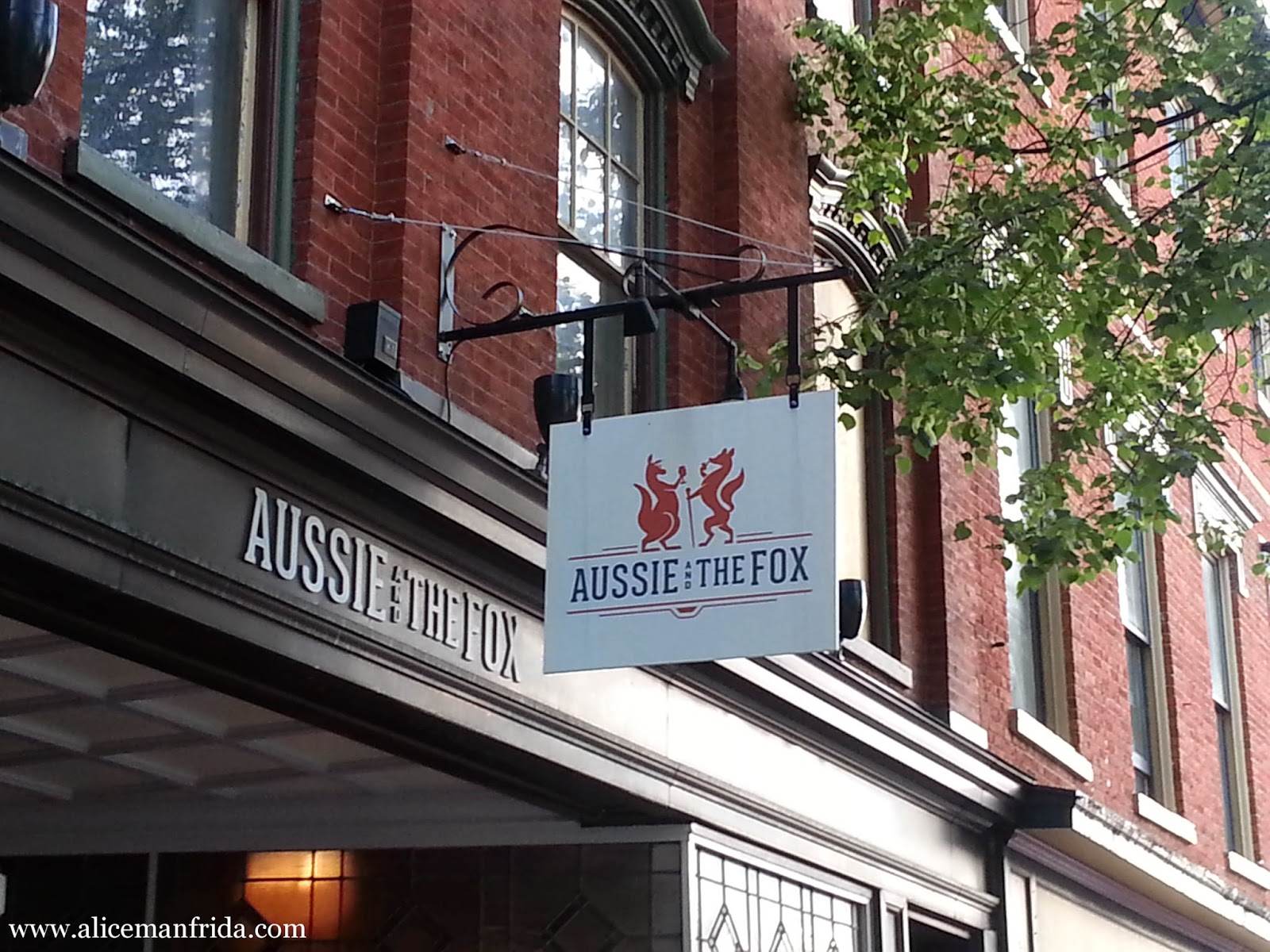 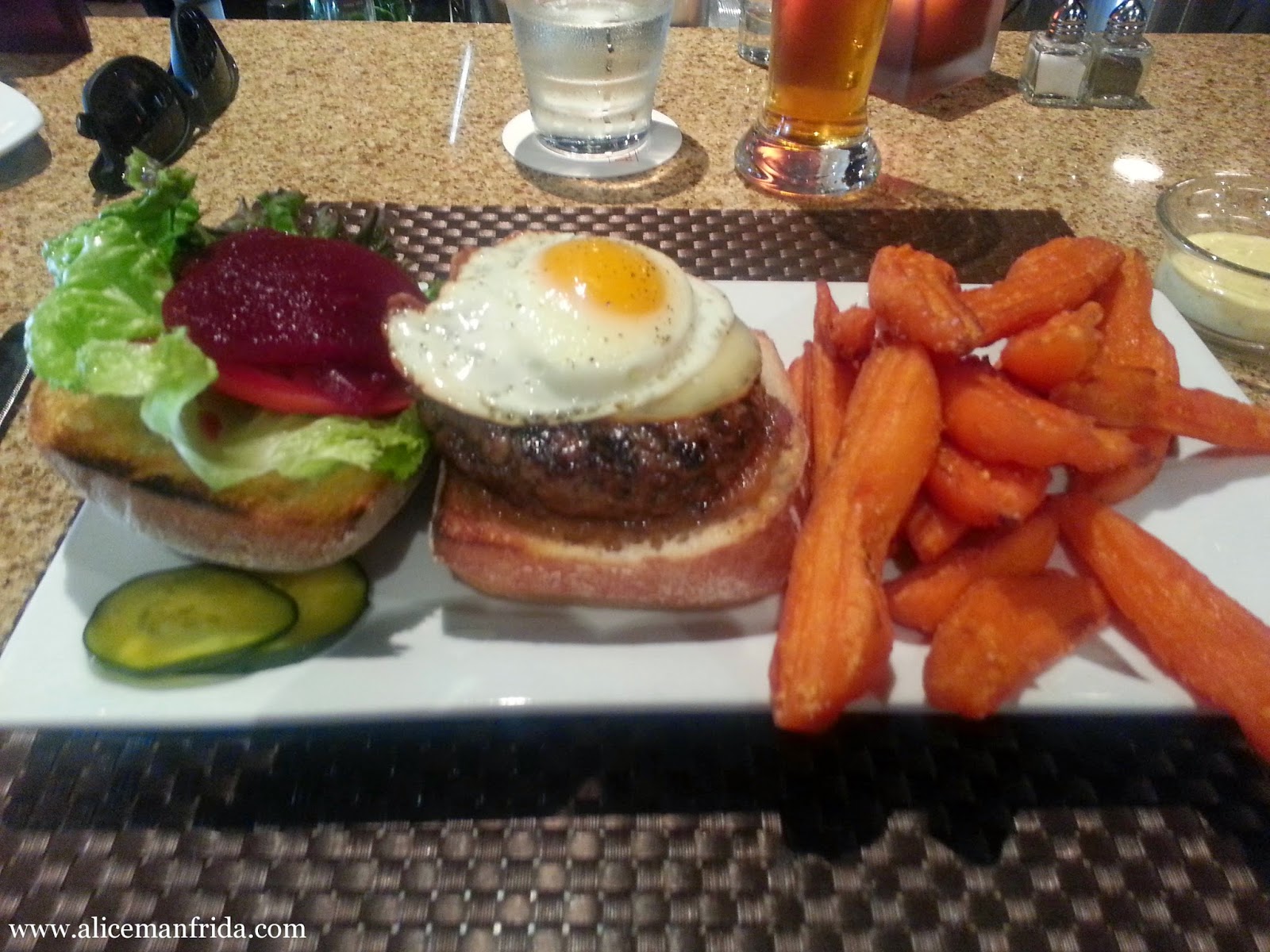 Lancaster is a small city but after we walked around it a couple of times we decided that it isn't actually boring.  We spent a bunch of time in a used bookstore that we found and talked to the woman working there for a while. 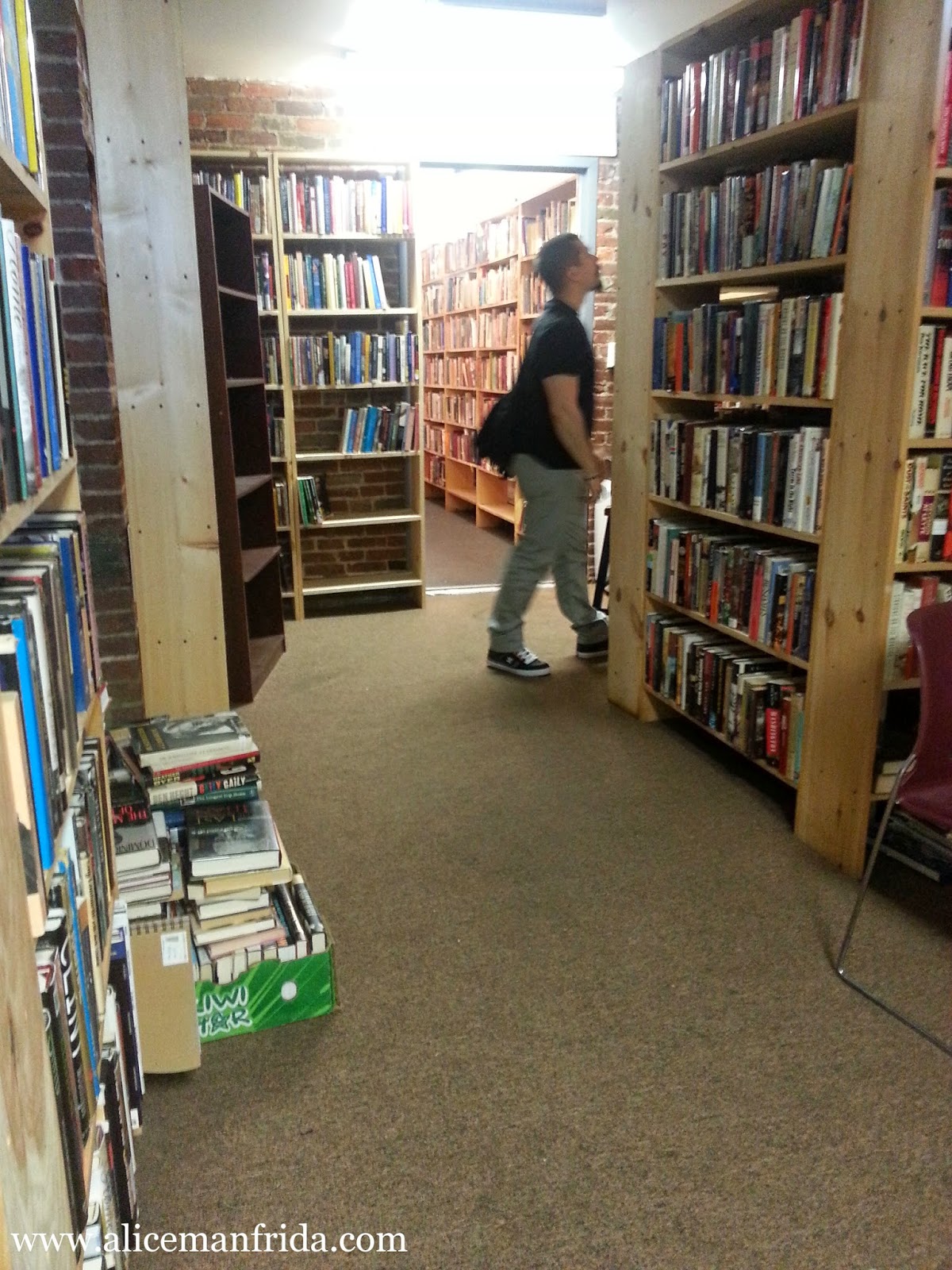 Then we went on a walking ghost tour.  The tour guide was great and we learned about crazy stuff that happened in the city and about President James Buchanan's sad love life.  Apparently The Fulton is a super haunted theater. 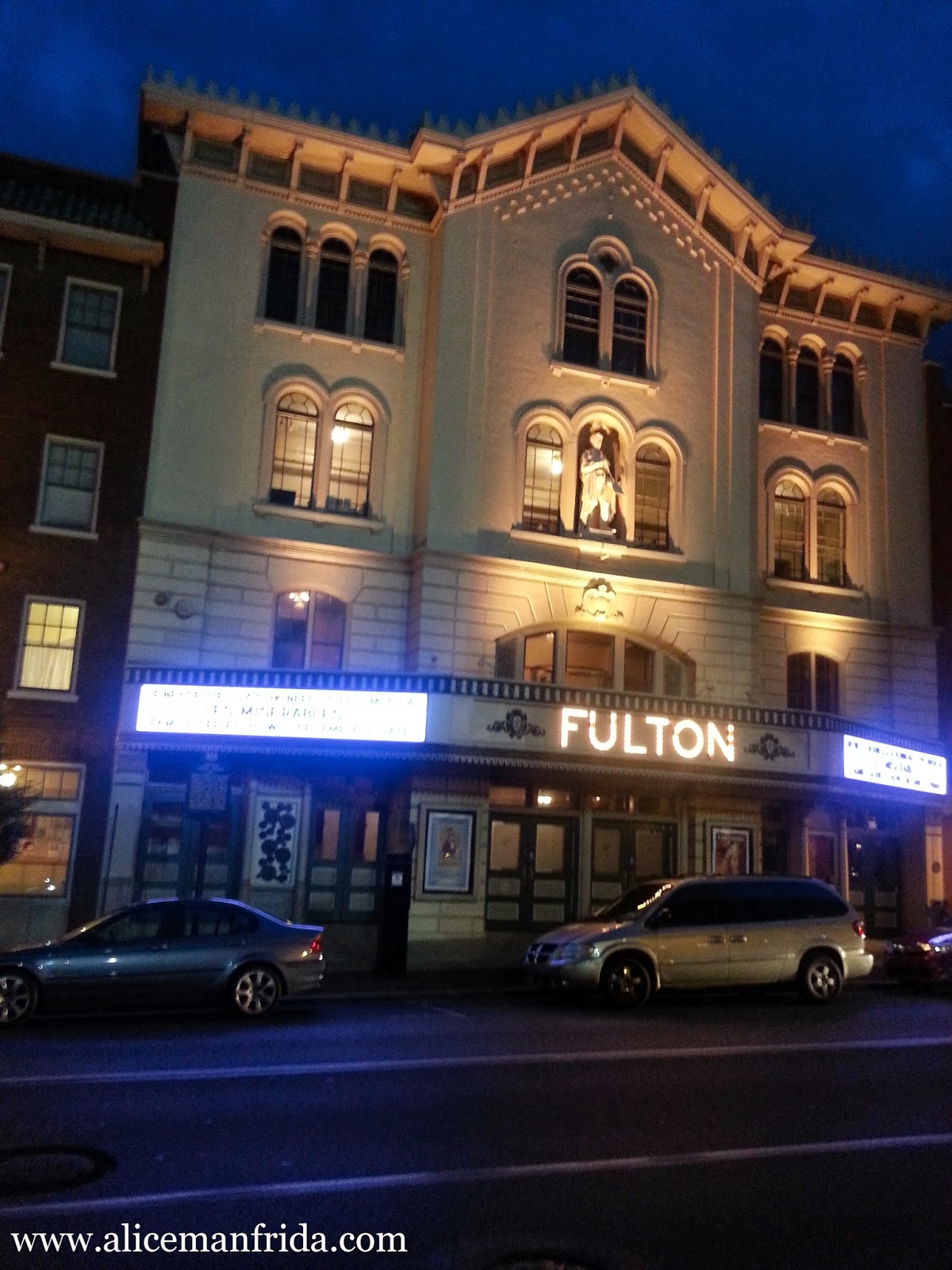 Lancaster also has a really cool interactive public art display throughout the city.  There are a bunch of pianos that are all painted differently just sitting in random places and people just go sit down and play them.  Then they walk away and later someone else might walk up and play for a while.  We found one in the center of the city next to a giant war memorial, one next to what looked like a school and one in a parking garage. 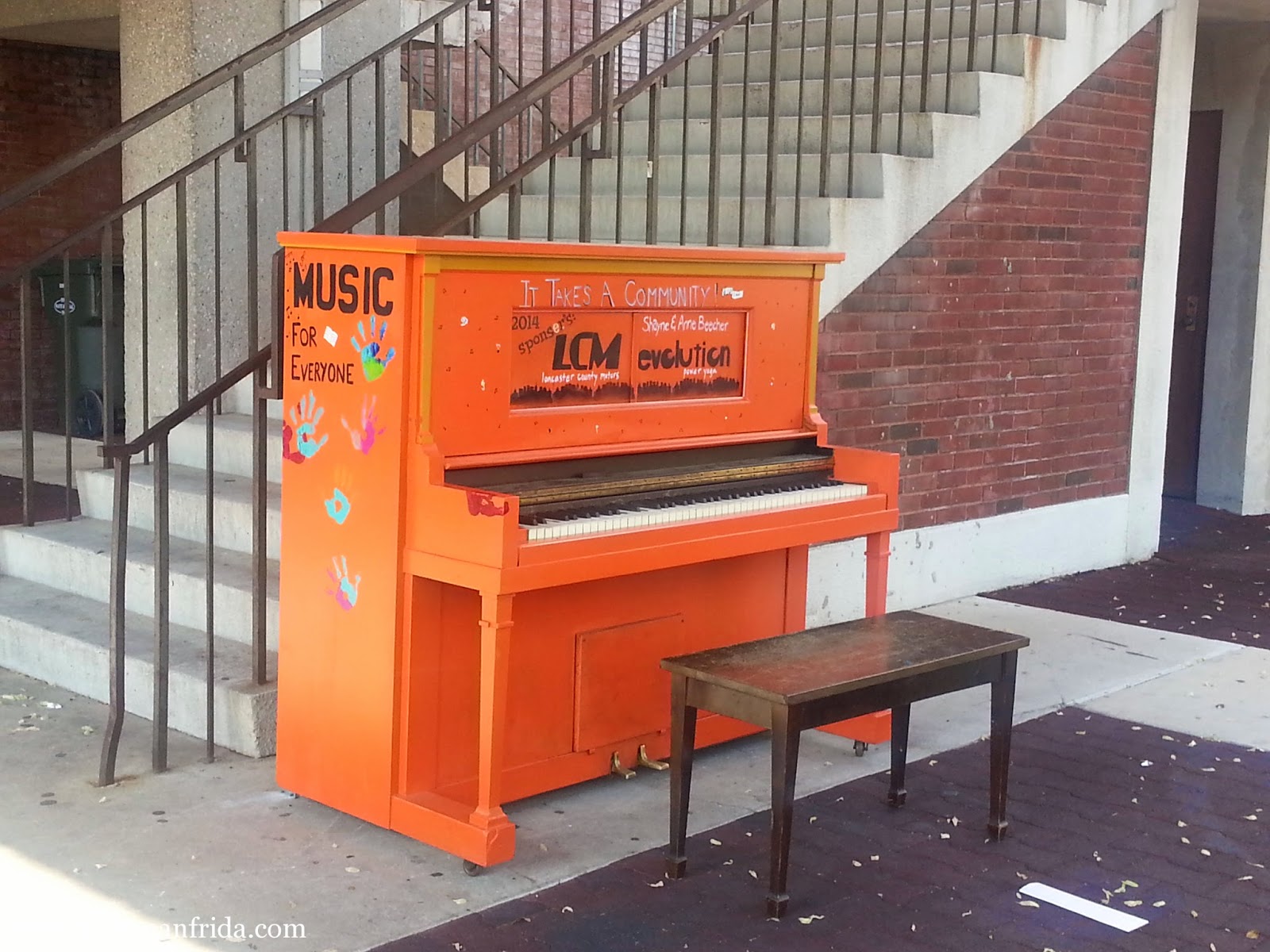 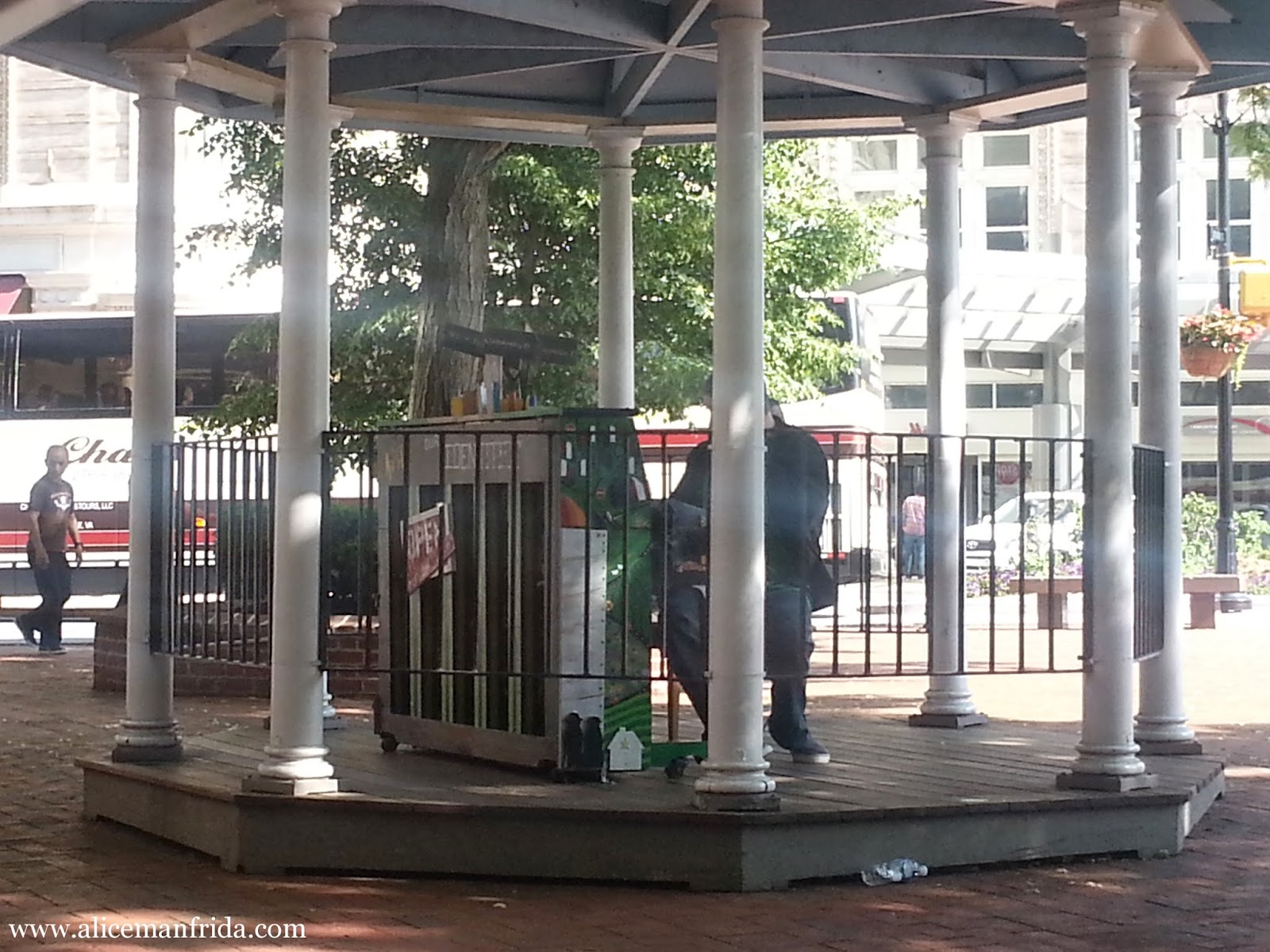 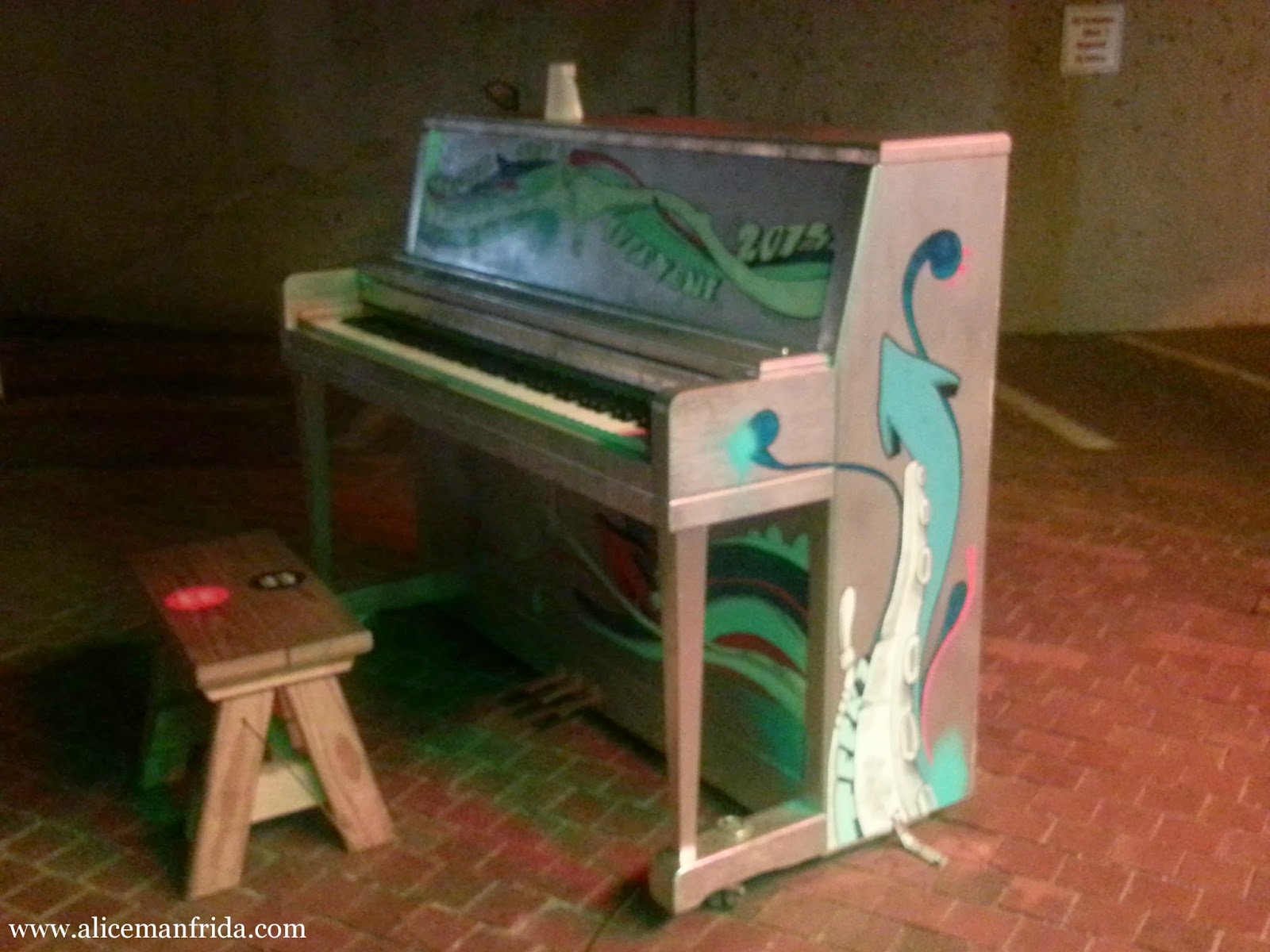