Another sunny day!  It's almost my birthday but as of last week I actually didn't realize it was so soon because I have a spring birthday and it has not felt that way until this week.  I was at CVS on Sunday and happened to walk through the makeup aisle (weird...) and I saw that there was a buy one get one 50 percent off sale on NYC products.  Since I have some nail polish and lip glosses from that brand I figured the universe was trying to tell me I needed two more things.  ha ha! 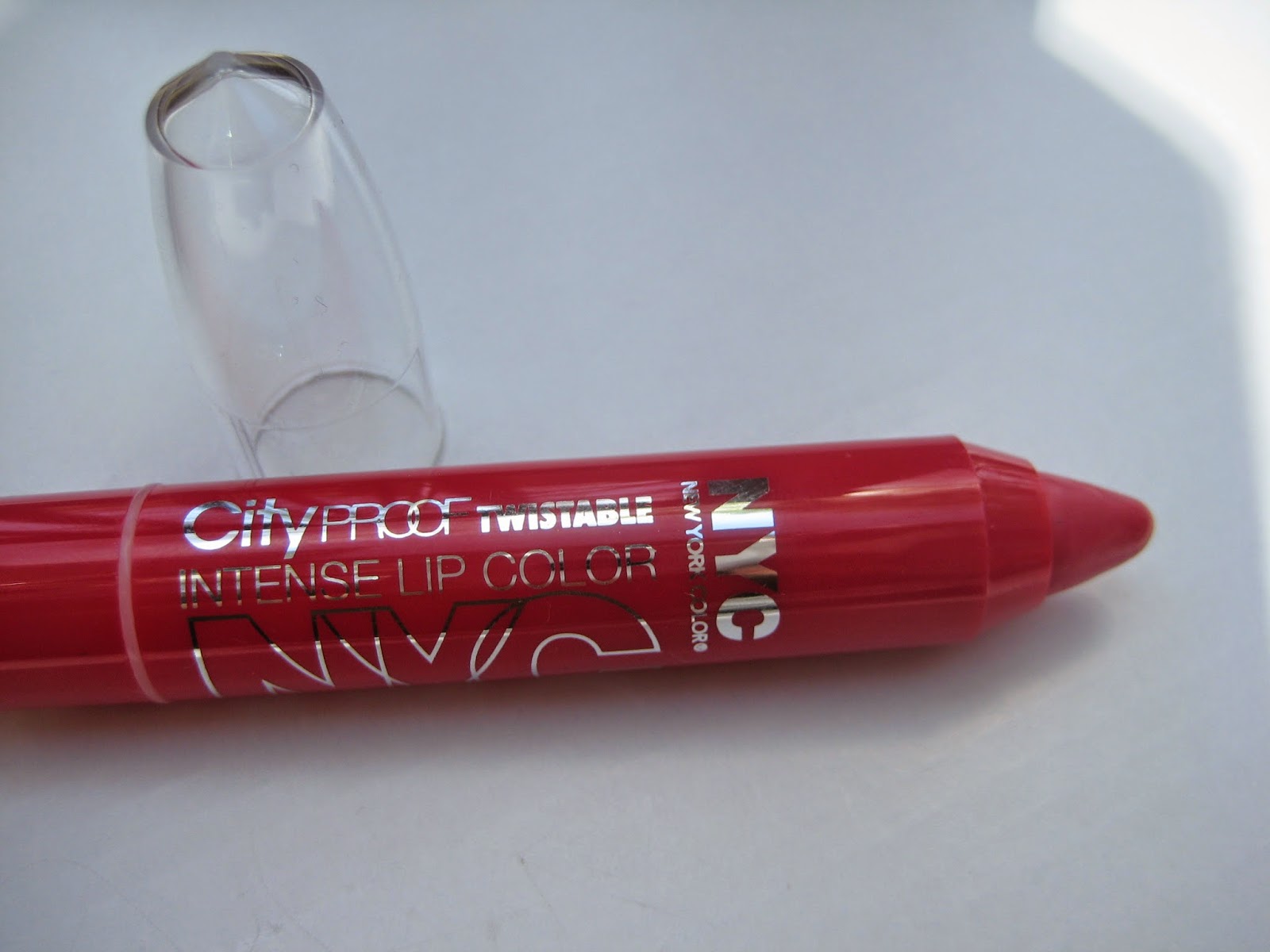 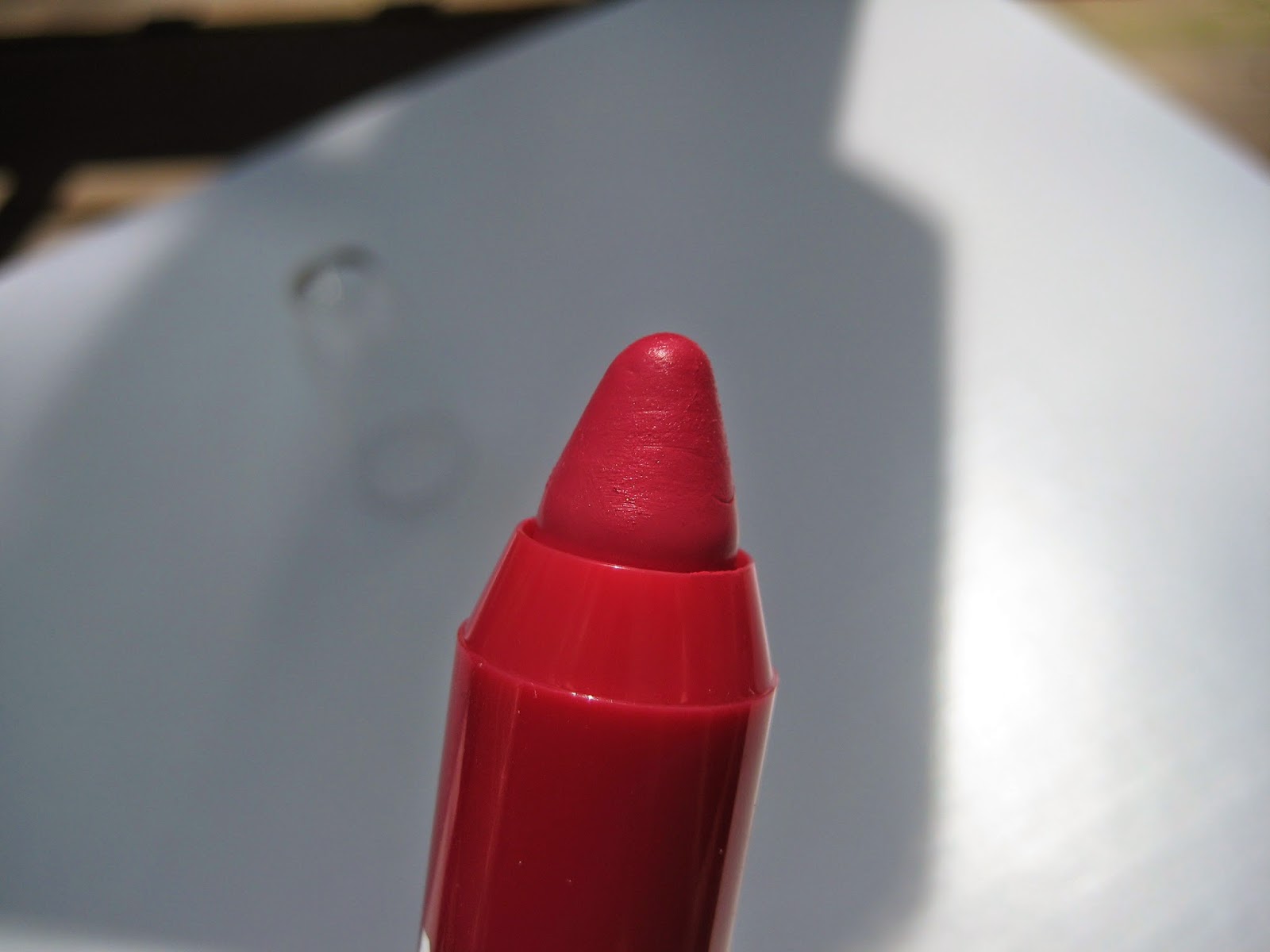 There were a few choices of colors.  This one is bright pink and goes on really creamy and smooth.  I have had it on for about six hours today and my lips are still pink.  It has dried out a little since I've been eating and drinking and talking on the phone, but I think it was less than $3.  For my half price item I got 99 cent nail polish.  So it was 50 cents.  That's pretty much my favorite price ever. 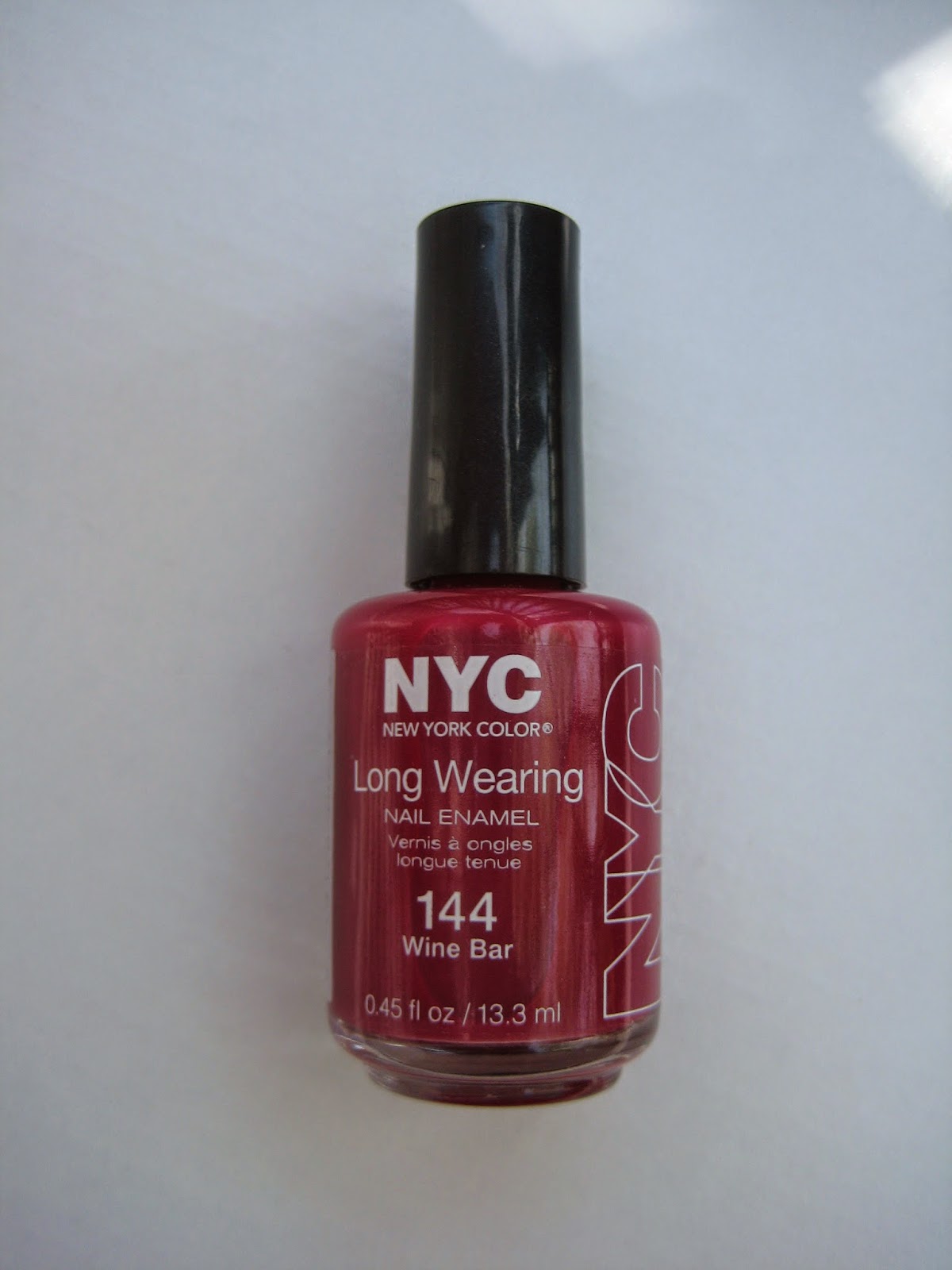 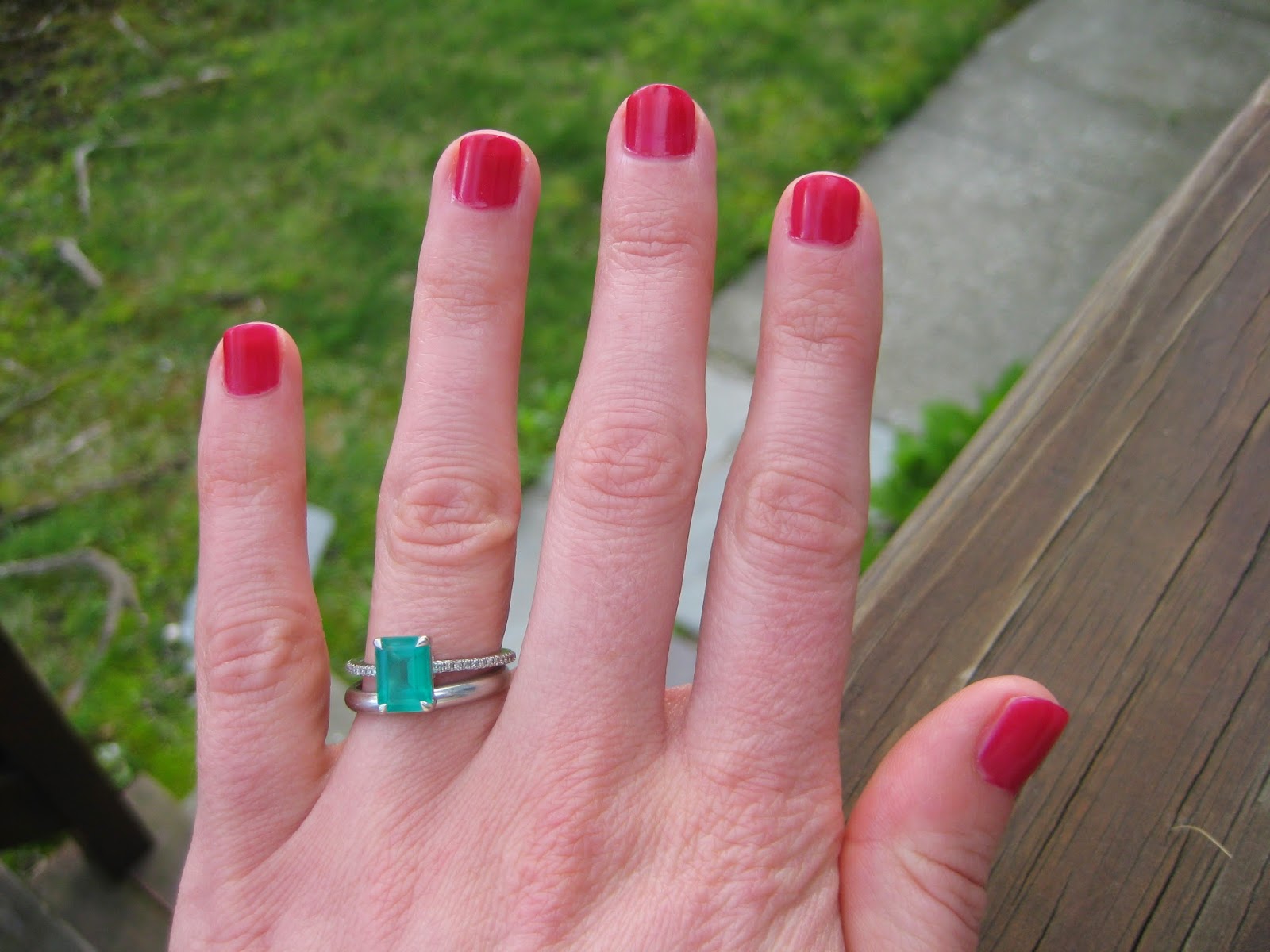 In the pictures I think it looks a little more red than it really is in real life.  I bought it because it looks a little like an OPI color that my sister had when she got her nails done a few weeks ago.  It's not exact but again...50 cents.  It's a little thin and definitely needs two coats, maybe three would be better?  I did my nails on Monday and I did actually put a topcoat on them.  They are just starting to chip today so I would consider that long lasting.  I think I'm going to redo them with the same color on Friday for the weekend because it is a really pretty color. 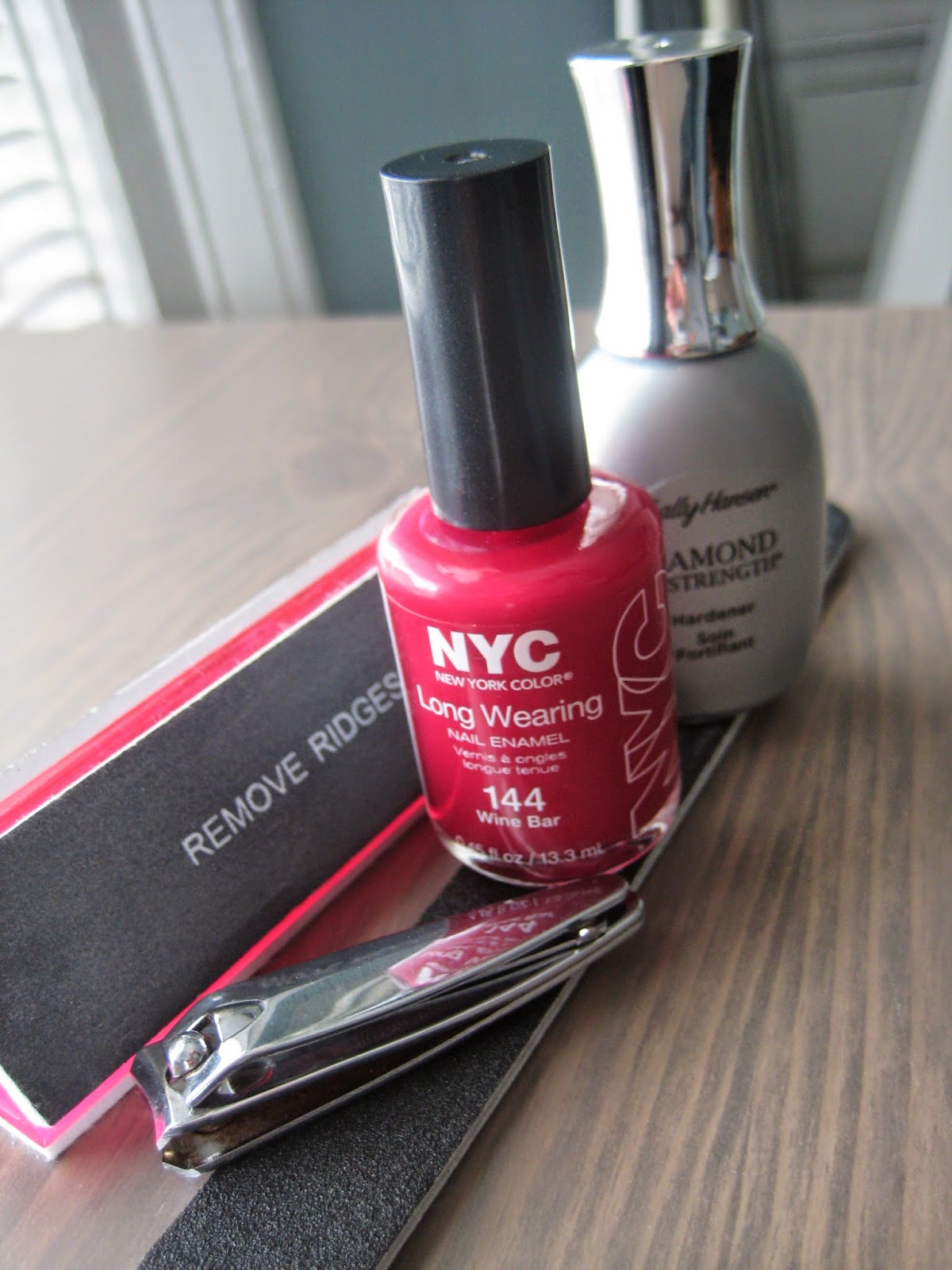 I change my nail color a lot so I skip a top coat most of the time because I don't really need it to last.  I love Sally Hansen and have used practically every version of clear polish they have.  The Diamond Strength Hardener is really awesome.  I have been using it for months and I like it a lot.  My nails tend to peel but this stuff has helped a lot.  It keeps them from peeling and breaking so they can grow longer.

(This is not a sponsored post or anything.  I just really love Sally Hansen and am happy to be their unpaid cheerleader.)

This what I'm wearing today...please note the lack of socks and long sleeves!!!!  I was playing with my camera and figured out how to set the timer and change some settings.  If anyone cares about cameras it is a Canon PowerShot SD10000 and is about a million years old.  I normally just point and shoot.  This was the best out of my practice shots.  All of the others either had my head cut out or I was blurry because the camera focused on the fence or the house across the street.  Hooray for learning!