Saturday:
While out on a walk I caught the Easter Bunny snooping around the neighborhood!  My husband took a bunch of pictures by holding the camera over the bushes and hoping for the best.  We couldn't tell if we got anything good until we moved into the shade to look at the screen.  Our inexperience at being sneaky paparazzi caused us to get too close and the bunny took off. 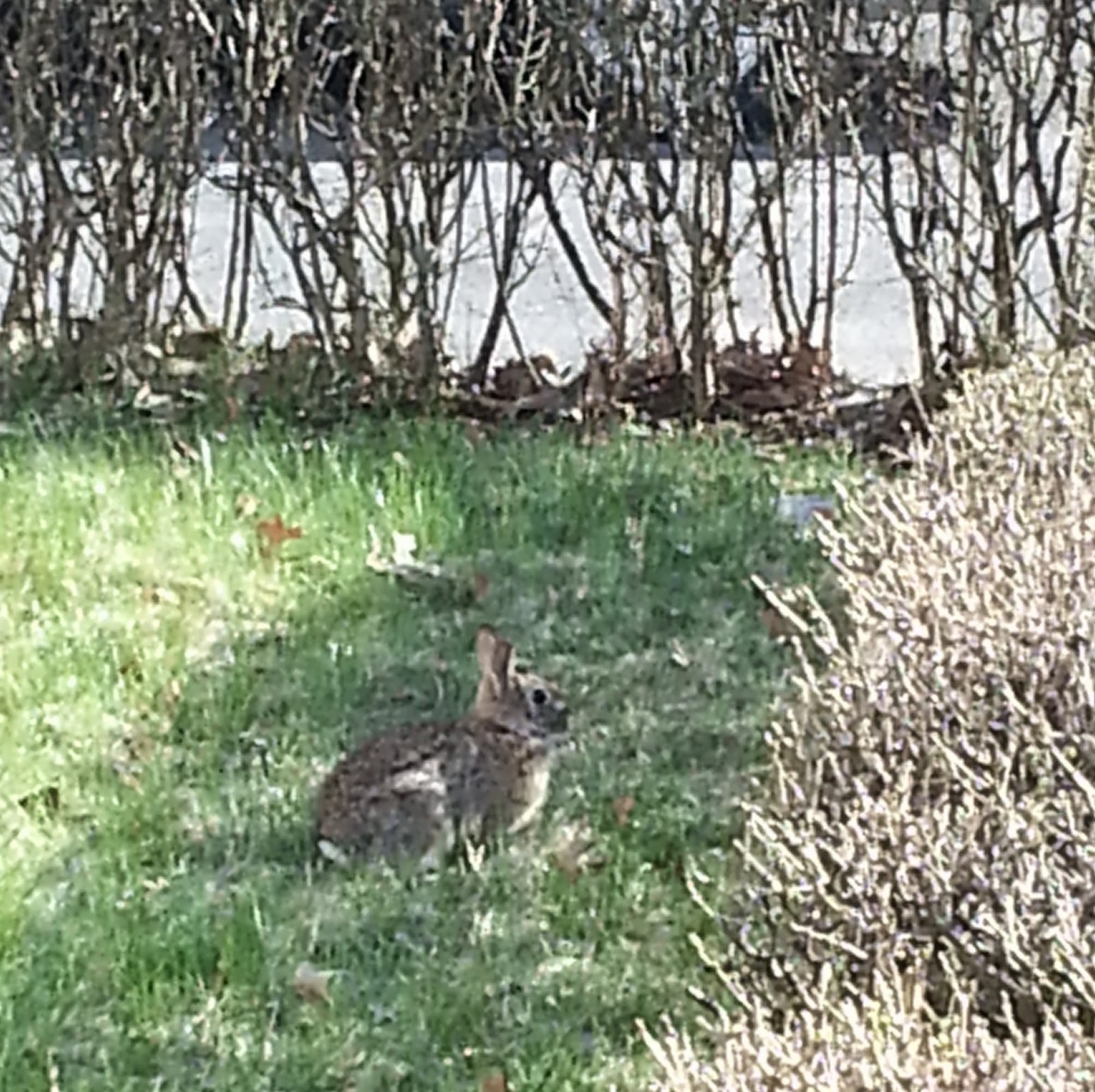 Sunday:
Easter!  I went to two parties, ate a ton of food, and sort of participated in an egg hunt.  I wore a pink dress with a grey and black striped jacket that is made out of sweatshirt material.  I wore my fleece tights and black flats.  My necklace is a sparkly cassette tape and my Ray Bans are red and blue so I'm not sure how much they matched, but they did add some more color. 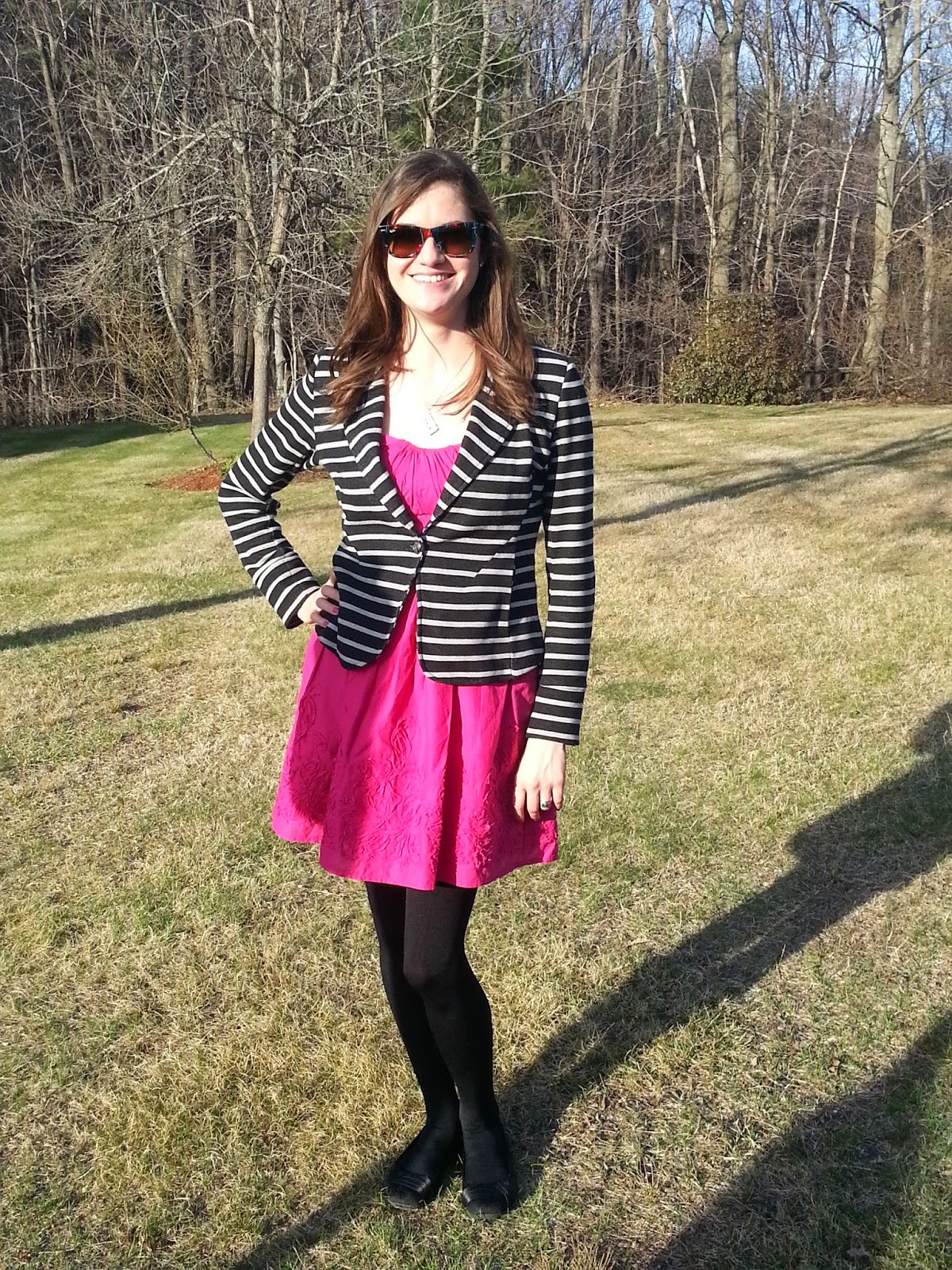 I've had this dress for a long time but it's a little difficult to find opportunities to wear a super short, super puffy, hot pink party dress so it's probably only the third time I've worn it.  When I got into the car one of the straps broke so I went to buy some safety pins to try to rig it back up.  It broke at least four times before we were able to get it to stay together.  Good thing I was also wearing a jacket! 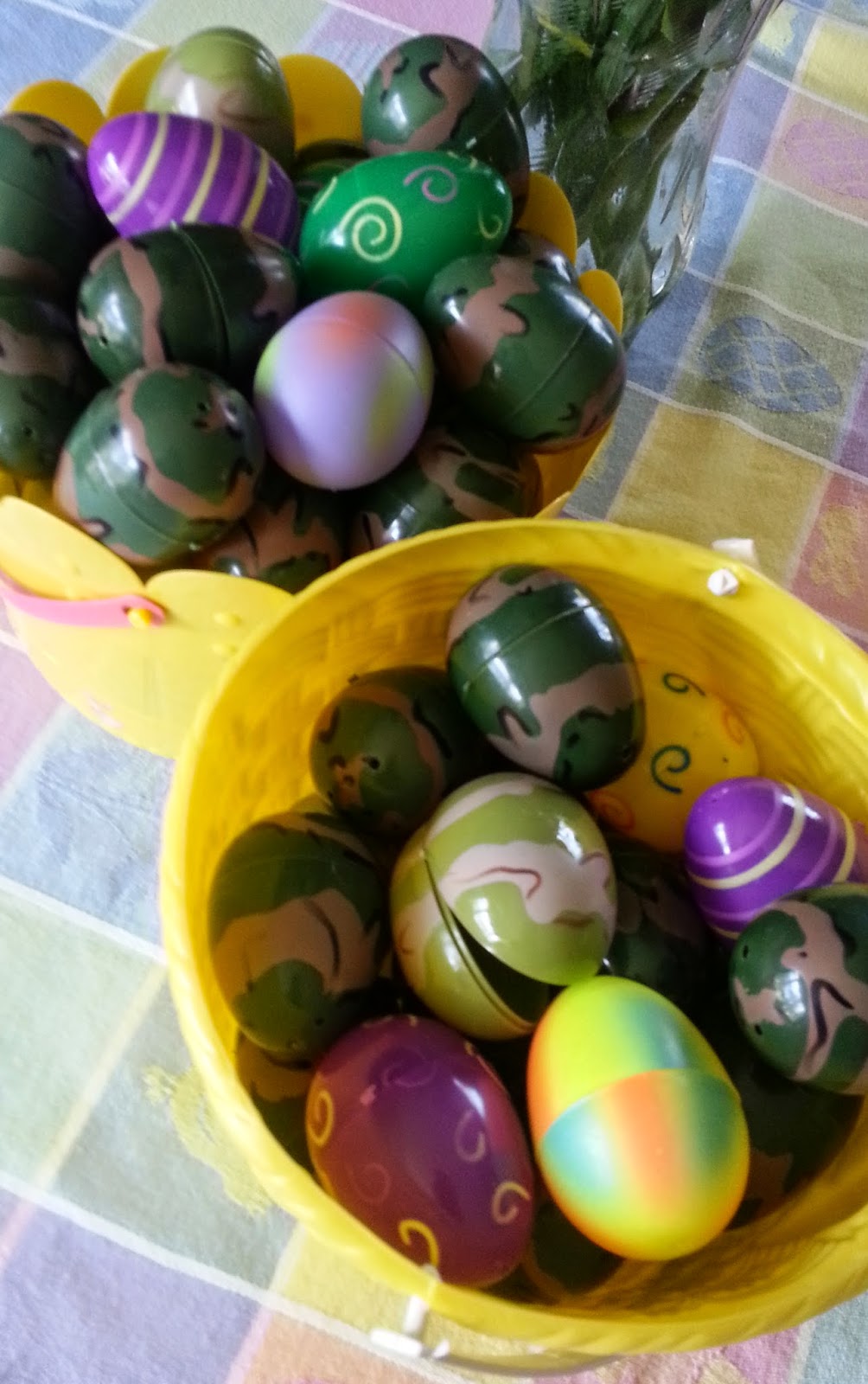 I have always been so terrible at finding eggs and candy for my entire life so my sister let me be on her team.  She found about 90% of these eggs.  I just followed her around with the buckets.  After that we sat around inside where my dad thought I needed some help with taking a picture. 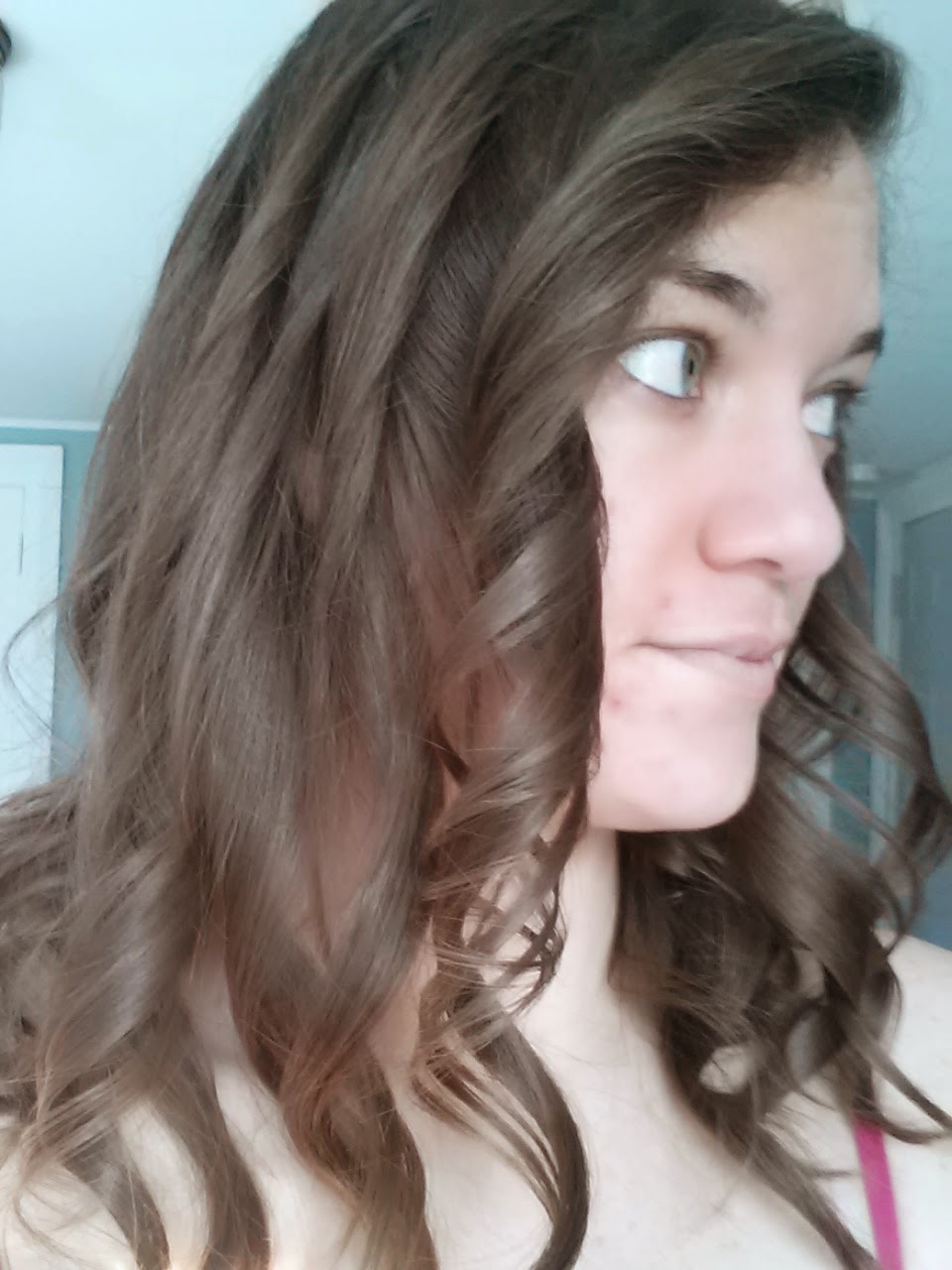 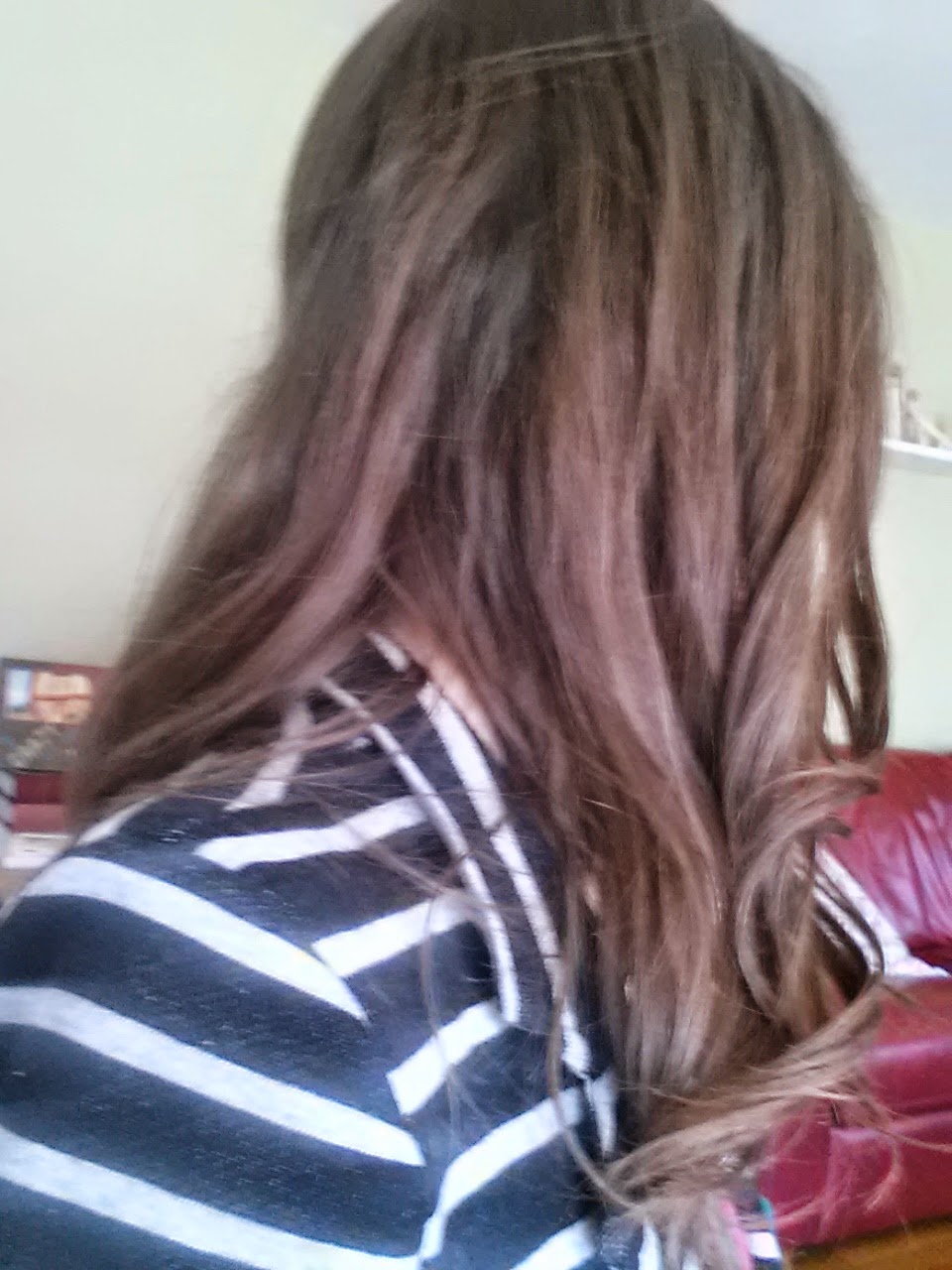 Since it was a holiday I curled my hair.  The before picture on the left was taken right after I curled and sprayed my whole head but before I separated the curls to make them less defined.  The after picture on the right was taken after I walked a few blocks in the city with constant gusts of wind attacking me with no regard to my effort, style, or feelings.