Yesterday I went to Lush to get a replacement for my Celestial facial moisturizer. I really liked that one because it is made for sensitive skin and my skin had been going crazy from stress, winter and hormones. It isn't super heavy but was creamy enough to make this Northerner happy in January and February. As much as I liked it, it is April now and it was starting to be a bit too much. So I switched to Vanishing Cream. I bought it yesterday so I've only used it twice but so far it feels really light and the lavender scent smells soooo good! It is almost twice as expensive as Celestial but I don't think I need to use as much each time. It soaks right in and after a few hours my skin still feels hydrated but not greasy.

I also bought a Fizzbanger Bath Bomb, which is a favorite of mine, and a really cute bunny bubble bar. 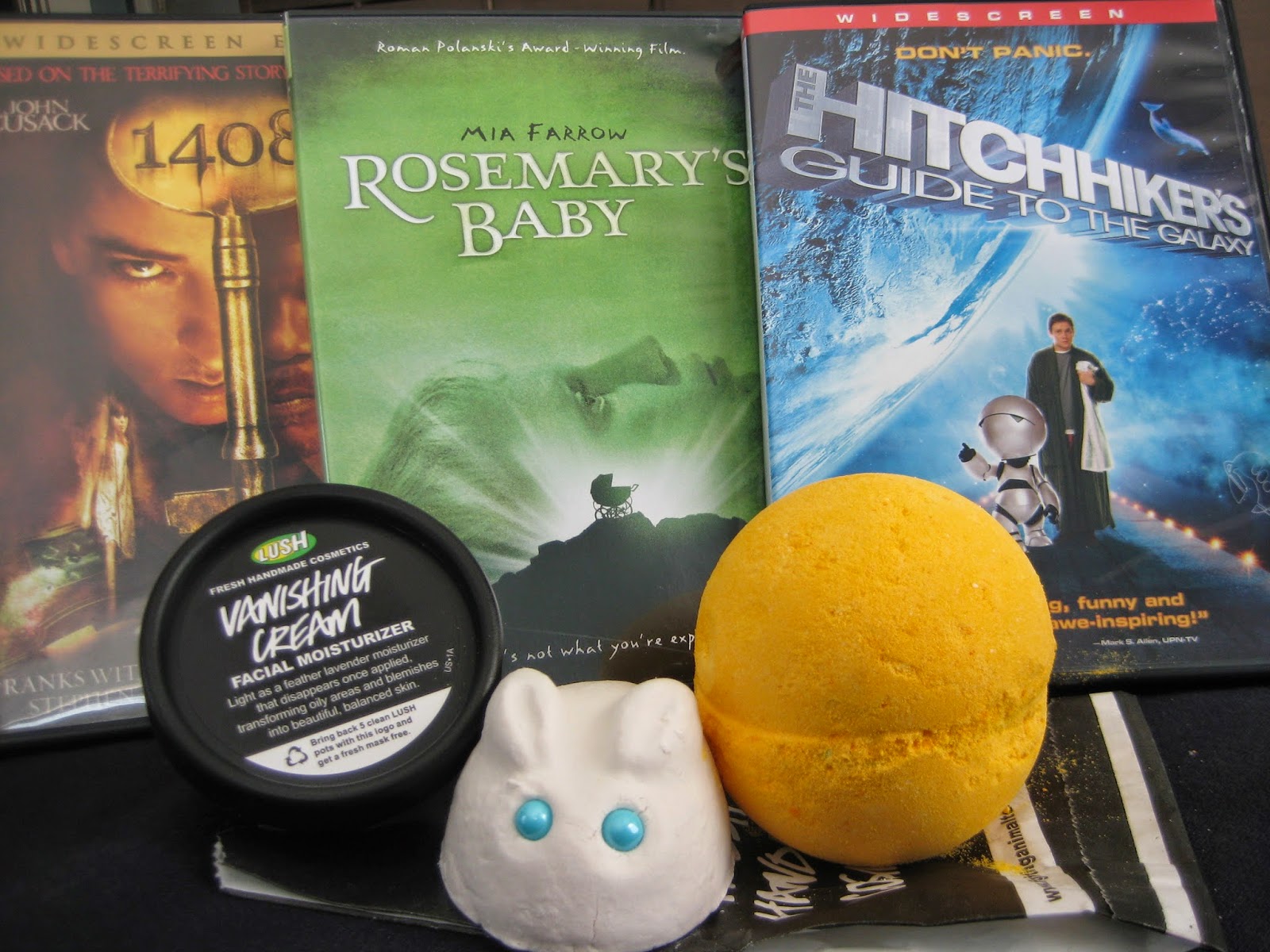 After Lush, my husband wanted to stop at Newbury Comics to look at movies and I went a little crazy. I've been wanting to watch scary movies lately but we don't seem to have many. We did watch 28 Days Later last weekend. I had never seen it so I was freaked out the whole time not knowing what was going to happen. My husband laughed at that but seriously the movie is made to startle you and make you jump. To add to our horror choices, I bought two movies that I have seen before. 1408 has John Cusack and Samuel L. Jackson and is about a haunted hotel room. When I watched this the first time I was so terrified when I had to pause it to go to the bathroom and was afraid of walking back through my dark house that I ran and jumped on the couch, which broke the couch. Rosemary's Baby is a classic and is terrifying. I had no idea what it was about when I saw it and so I think it was even worse than it would have been if I'd actually read the summary on the back. The other movie I got was The Hitchhiker's Guide to the Galaxy because it's awesome, I've seen it a billion times, and somehow my husband has seen it ZERO times?!?!
Posted by Unknown at 4:08 PM